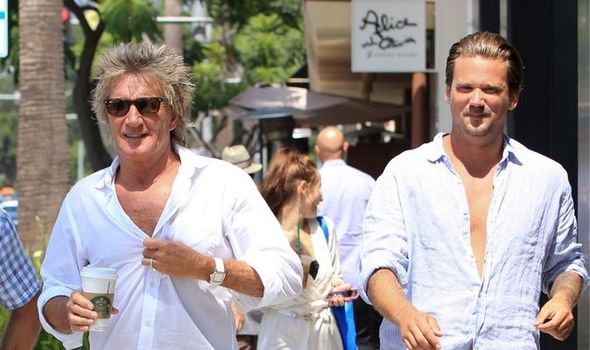 The plea agreement ensures the rocker, 76, and his son Sean, 41, will not face trial. Neither will face jail or have to pay fines and won’t be placed on probation, Sir Rod’s lawyer Guy Fronstin said.

He added: “Sir Rod Stewart was charged with simple battery. No one was injured in the incident and a jury did not find Sir Rod Stewart guilty of the accusation.

“Instead, Sir Rod Stewart decided to enter a plea to avoid the inconvenience and unnecessary burden on the court and the public that a high-profile proceeding would cause.

“In resolving the case, Sir Rod was not convicted, nor sentenced to jail, or placed on probation.”

Sir Rod and Sean were charged in January 2020.

What is happening where you live? Find out by adding your postcode or visit InYourArea

Security guard Jessie Dixon alleged that the musician and his son were part of a group that objected to being denied entry to a private party in a children’s area at the Breakers Palm Beach Hotel in Palm Beach, Florida, according to police documents.

When asked to leave, it was alleged Sir Rod and his group “began to get loud and cause a scene”, before Sean got “about nose-to-nose” with Mr Dixon.

The guard claimed to have been pushed by Sean before Sir Rod came towards him and punched him in the ribs.

A spokeswoman for Palm Beach State Attorney Dave Aronberg, who prosecuted the case, said Mr Dixon, 34, agreed with the outcome of the case.

Last night the security guard was unavailable for comment when approached by the Express.