Sophie Turner, 23, who is best known for playing Sansa Stark in Game of Thrones, reportedly told her mum she was getting married to Joe Jonas just before their Las Vegas ceremony. The British actress made a breathless transatlantic phone call to inform her family about her wedding plans last night. Speaking about the news, Sophie’s mother revealed: “Sophie did call me before. She said, ‘mum, I’m getting married in Vegas.’ “I am absolutely delighted and so is my husband Andrew.”

Unfortunately, Sally, 62, who lives in Leamington Spa, Warwickshire, has been unable to speak to her daughter since the ceremony.

She added to MailOnline: “The time difference makes it difficult.”

Although Sally refused to disclose what she said to Sophie during their conversation over the phone, she implied the marriage was not a surprise.

Reports had previously suggested the loved-up couple were planning to get hitched in the summer in Europe.

In response to these stories, Sally said: “Don’t believe everything you read.” 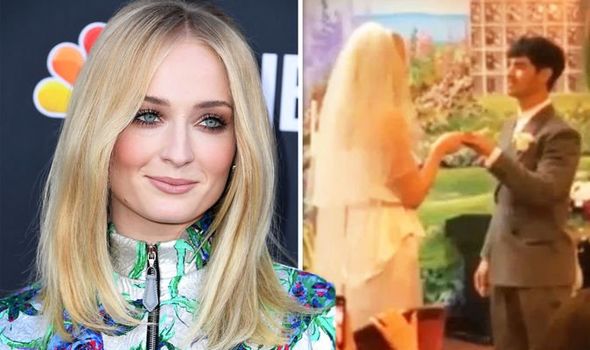 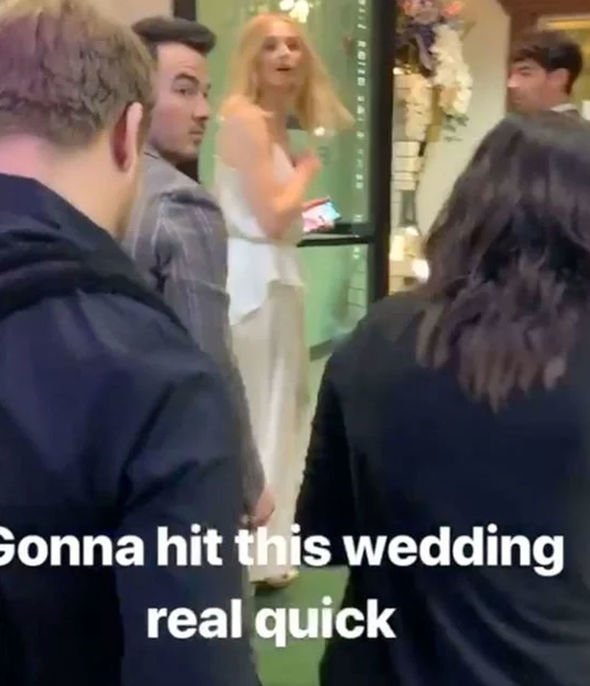 Sally also declined to say when she would next be seeing her daughter.

The ceremony, which took place after the two appeared at The Billboard Music Awards, is said to have come in at $600 and was officiated by an Elvis impersonator.

DJ Diplo, 40, who was in attendance at the wedding, documented the pair’s adorable nuptials on his Instagram story.

The Close To Me hitmaker posted a video of Sophie and Joe walking into the chapel, closely followed by Joe’s brother Kevin Jonas, 31. 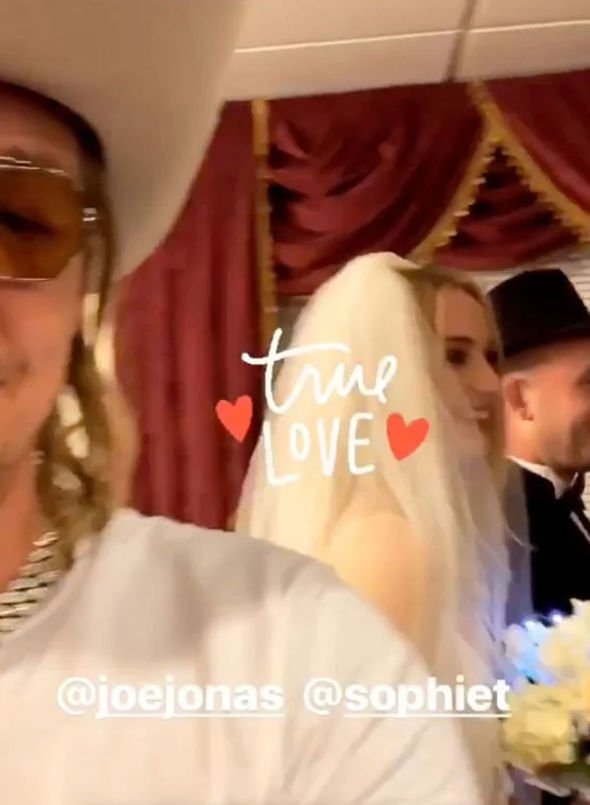 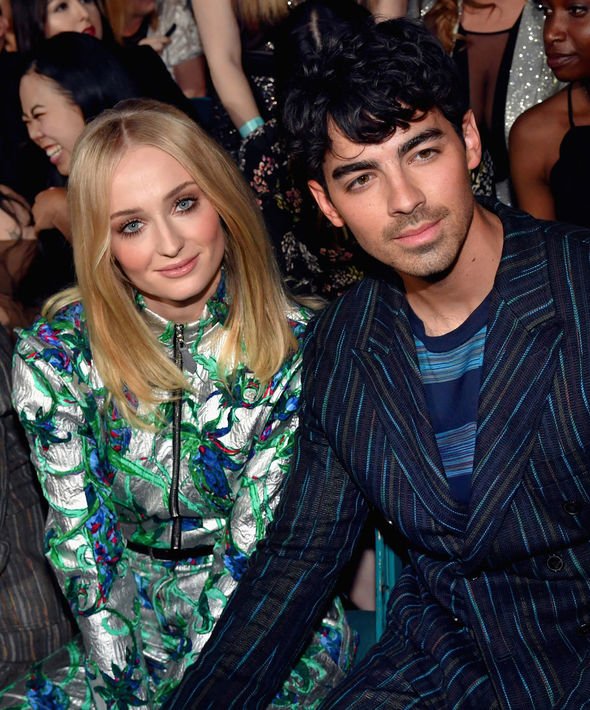 He captioned the clip: “Gonna hit this wedding real quick.”

Another video showed Joe with his two brothers, Kevin and Nick Jonas, standing at the front of the room while country duo Dan + Shay performed as Sophie walked in, dressed in an all-white satin outfit.

The groom was seen turning to smile at his bride as she arrived in a veil, carrying a bouquet which lit up with flashing lights.

According to the MailOnline, another clip, which Diplo live-streamed via his Instagram, showed Sophie repeating: “I thee wed… and I love you… and I thank God he gave me you.”

The publication said the couple then repeated in unison: “I promise you, I will never leave you. I will love and trust you all the days of my life.”

When asked for comment by Express.co.uk, a representative for Sophie said: “We can confirm Sophie and Joe were married in Las Vegas last night.”