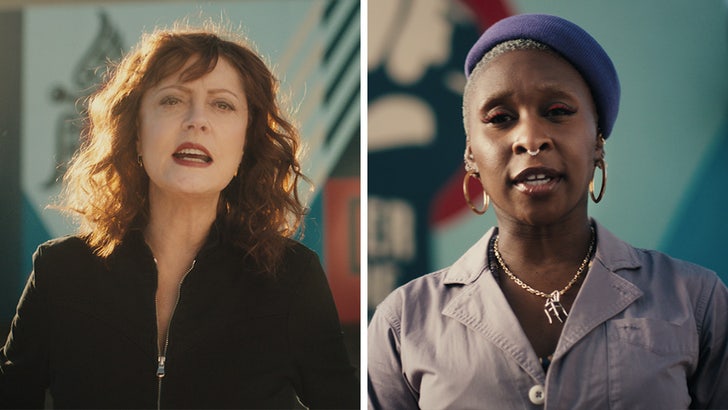 Susan Sarandon and Cynthia Erivo are planning to draw attention to a little-discussed issue they want people to know about during the Academy Awards … hospital pricing transparency.

TMZ has learned a PSA is set to air Sunday during ABC’s broadcast of the award show — which will star the two Oscar-caliber actresses doing a spot for a campaign known as Power to the Patients … a national org that fights for patient rights when it comes to this issue.

We got a hold of the ad early, and it looks like Suze and Cynthia are fully on board with the effort … noting that hospitals across the country are required by law — as of this year — to give patients a full rundown of what their services cost … BEFORE using ’em on folks.

Most people who’ve been to the ER or who’ve had long-term hospital stays know this nightmare all too well … you’re in there getting treated for whatever it is you need, and not long after — you get a FAT bill in the mail that amounts to tens (if not hundreds) of thousands of dollars you never knew you were agreeing to while being treated.

The whole idea here is educational … basically letting people know they have a right to know going in, and not to be afraid to demand a hospital’s staff to disclose that type of info.

It’s a worthy cause, for sure, and one that’ll definitely get eyeballs come showtime.