Several musicians have spoken out after the devastating loss of life at Travis Scott’s Astroworld, with many revealing they were totally in shock.

A slew of celebs have taken to social media after Travis Scott‘s Astroworld music festival ended in tragedy. While eight people were confirmed dead, hundreds more were left injured after a massive stampede at the November 5 event held at NRG Park in Houston. SZA, who performed at the festival earlier in the night, said she was still in shock. “Speechless about last night I’m actually in shock n don’t even know what to say,” the 31-year-old singer tweeted. “Just praying for everyone in Houston especially the families of those that lost their lives.”

Kehlani also took to Twitter, writing, “not enough prayers in the world for the families of these kids and the kids themselves. not enough. no compensation could amount. this should never ever ever in a million years happen.” Rapper Master P, who performed earlier in the day, said he was mourning the lives lost. “I performed early in the day at AstroWorld but I was supposed to perform at night, because I had a show in Baltimore,” he wrote on Instagram. “I heard what happened at the show, My condolences go out to the people who lost their lives. Man this was supposed to be a historical event.” 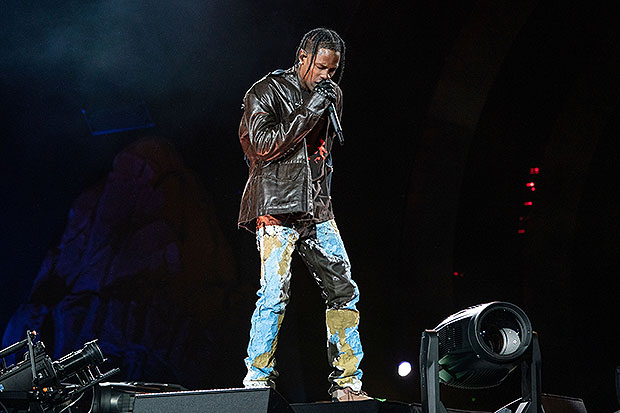 In another post, he continued, “Life is too short, tell your loved ones you love them when you walk out the door because you never know.” Other A-listers in the industry also shared their reactions to the shocking event. “Heart goes out for the lives lost and all those affected by what took place in Houston. It’s all so unimaginable and very sad. Prayers up,” Trey Songz tweeted, while “The Bones” singer Maren Morris, who hails from Texas, tweeted, “Thinking of those who lost loved ones in Houston last night. No one should fear going to a show and not coming back safely.”

Travis himself released a statement on November 6, mourning the loss of the eight young fans, who died as the result of a crowd surge. “I’m absolutely devastated by what took place last night. My prayers go out to the families all those impacted by what happened at Astroworld Festival,” the “Sicko Mode” rapper wrote in a statement released on Twitter. Travis’ on again/off again girlfriend, Kylie Jenner was in attendance, along with their daughter Stormi Webster and Kylie’s sister Kendall Jenner.

Travis Scott — Photos Of The Rapper 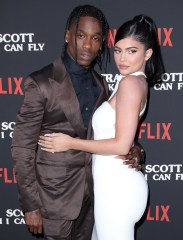 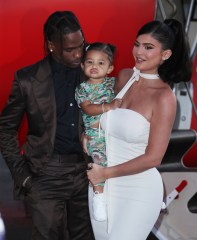 Kylie took to Instagram on November 7, writing, “Travis and I are broken and devastated. My thoughts and prayers are with all who lost their lives, were injured or affected in any way by yesterday’s events. And also for Travis who I know cares deeply for his fans and the Houston community, I want to make it clear we weren’t aware of any fatalities until the news came out after the show, and in no world would have continued filming or performing.”