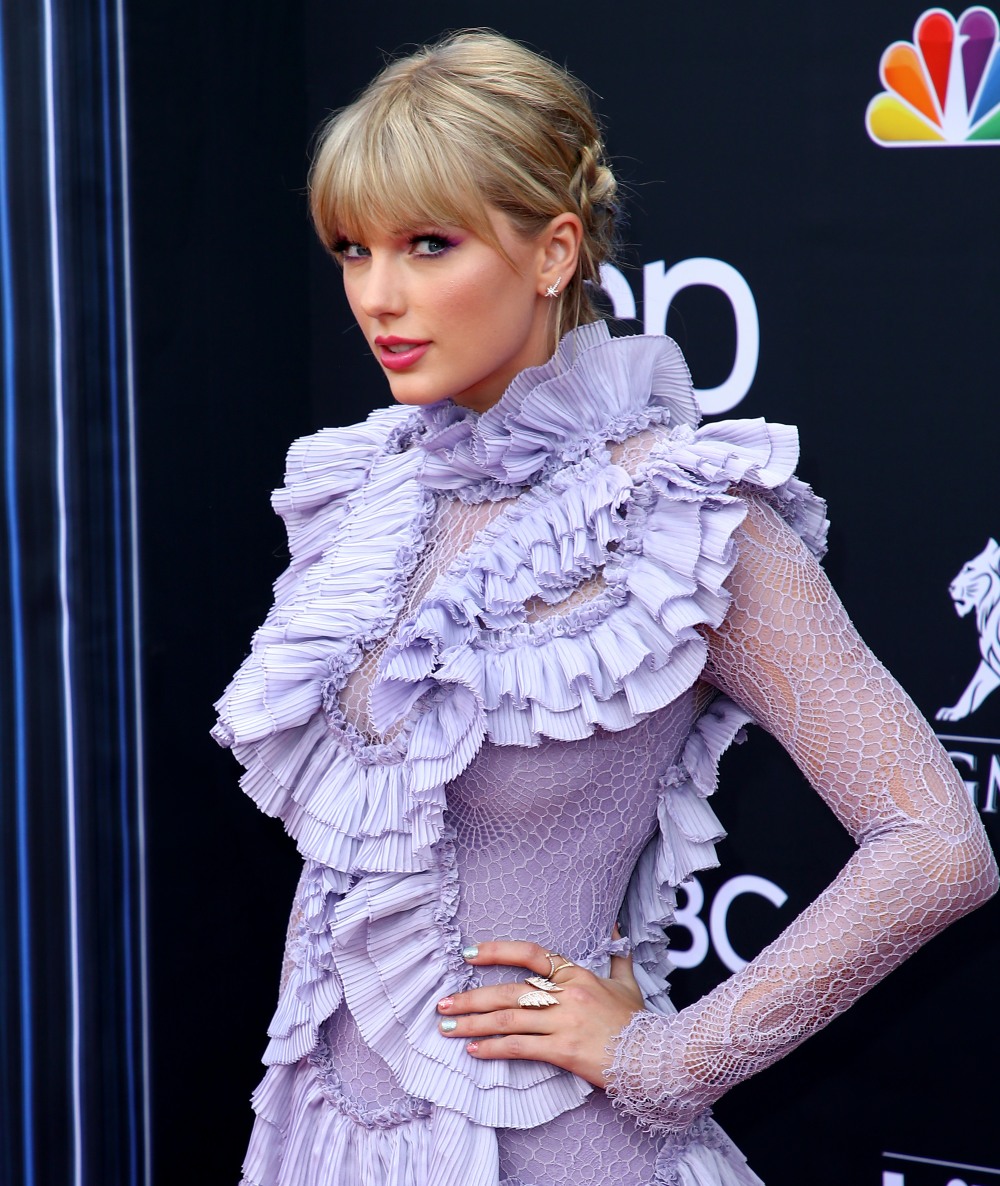 I’ve always known that Taylor Swift is one of the smartest businesswomen to ever enter the music industry. It’s true – even if Tay’s haters want to criticize her for everything else, they have to give her credit for understanding her business model and for understanding how to promote herself and her music. One of the most fundamental parts of the Business of Taylor is controversy, hype and headlines. Bad or good, any gossip helps her sell music. So that’s why I’m starting to wonder if the whole Mayochella thing was perhaps too convenient. My theory: Taylor knows on some level that “ME!” is perhaps not her best single, and she knows that the conversation about “what is this rainbow-vomit twee mess” would only last for so long. So like all smart businesswomen, she gave people a new controversy: Mayochella, the Billboard Music Awards performance.

I honestly didn’t come up with this theory on my own – Vanity Fair pointed it out, that this is always the early cycle of Taylor Swift’s promotion. VF posits that Taylor Swift would rather be part of a “copycat/appropriation” conversation than being ignored altogether. Plus, Swift understands her fanbase, and she knows they’ll charge forth to defend her honor no matter what, so Tay stokes controversy then sits back and plays the victim. She gets to “copy” Beyonce, get dragged for it, then watch her fans defend her vociferously, and all she has to do is sit back and give a few “pity poor me, everyone was MEAN to me!” interviews. And we fall for it every damn time!

Desus & Mero mocked Taylor last night. Just go ahead and mock her, this is part of her business model.

Also, I hadn’t seen this before, but before Mayochella, there were people saying that Taylor was copycatting Kacey Musgraves’ imagery and pastel vibes.