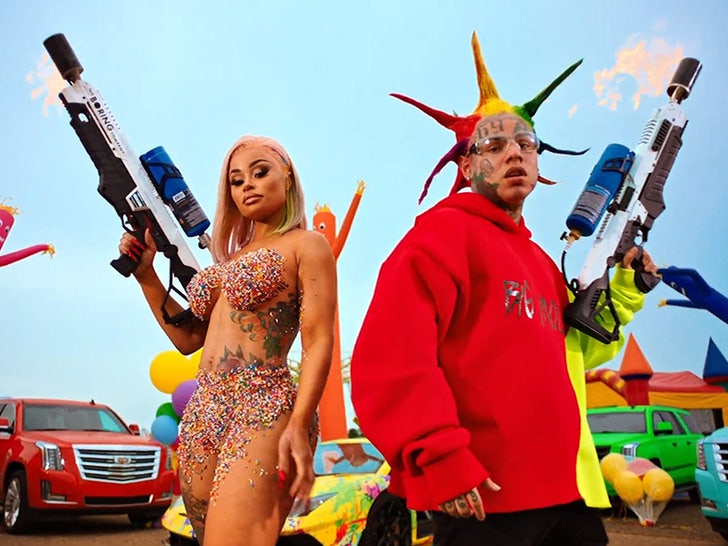 Tekashi 6ix9ine dropped first album since being released from prison, and he’s definitely leaning into the whole snitch thing.

The album’s called “TattleTales,” and there’s a special cameo in the music video, “TUTU,” by none other than Blac Chyna. BC makes her presence known with pink boots and sprinkles.

The album has big stars, including Nicki Minaj, Smilez and Akon.

As we reported, Tekashi is a free man, with strings attached. He completed home confinement last month, but he has to keep his nose clean for 5 years while he’s on probation.

Tekashi faced 47 years in prison but copped a deal, agreeing to testify against his former gang members. He was sentenced to 24 months back in December and had already served 13. He was released early to home confinement because of coronavirus.

Lots of folks thought Tekashi was done in the music biz because it was just too dangerous for him. Clearly, Tekashi begs to differ.