Cardi B and Megan Thee Stallion featured a star-studded list of cameos in their "WAP" music video. When the visual arrived on Aug. 7, fans were thrilled to see Kylie Jenner, Normani, Rosalia, and more make appearances in the visual. And while it was the talk of the internet, there’s one celebrity who almost made an appearance, but sadly didn’t. The reason Lizzo couldn’t be in Cardi B’s "WAP" video is a damn shame, y’all.

In a radio interview with Hot 97, Cardi spilled the tea on why as much as she wanted Lizzo in "WAP," it just wasn’t possible.

“I’m cool with Lizzo and everything," she began. "Like, we’ve been sending DMs to each other and all that. But she was on vacation and she wasn’t in town… I was like, ‘Oh my gosh,’ because I had a whole vision about how I want to see Lizzo and everything. It was so important to me to include different women that are different races and come from different backgrounds, but are so powerful and influential.”

Cardi did just that, and in case you somehow missed it, you can watch the full "WAP" music video below.

Lizzo may not have made it to the video shoot, but there was one celebrity appearance that ruffled fans’ feathers. Many people were fuming after seeing Jenner appear in the video, claiming she didn’t embody the diversity Cardi was attempting to represent. However, Cardi wasn’t having that and defended her "WAP" co-star.

In a series of now-deleted tweets she wrote, "This is not about f*ckin race. Why did I put Kylie on my music video? She treated my sister and daughter so lovely at her kid bday party."

Shout out to Cardi for never being afraid to speak her mind. And in between playing "WAP" on replay, I’ll be over here with my fingers crossed for a Cardi B and Lizzo collab ASAP. 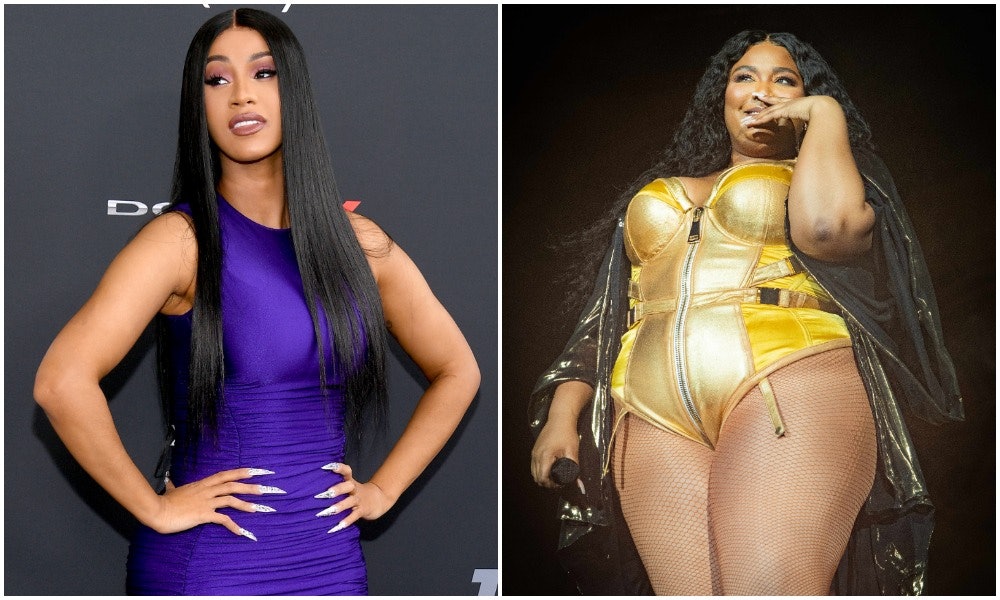