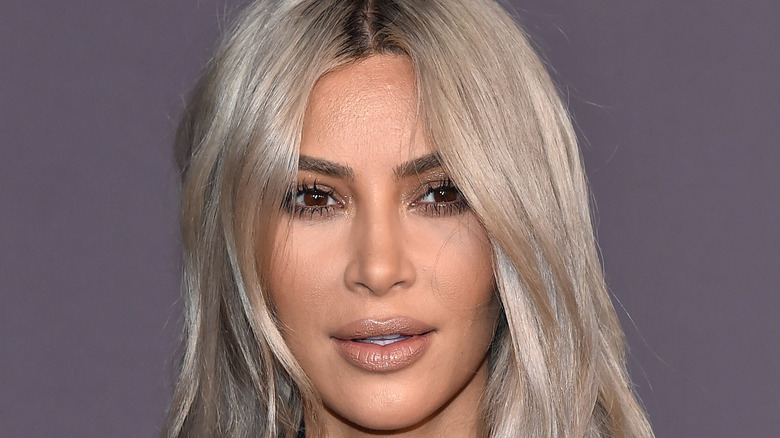 Over the years, Kim Kardashian has become known for her ability to shock people with her risky fashion choices. The reality star has demonstrated a penchant for body-hugging dresses, see-through slips, and revealing cutouts (via Insider). Back in 2014, Kardashian even “broke the internet” when she posed for a semi-nude cover of Paper magazine (via The Guardian). Though Kardashian has toned it down a bit since that “cheeky” display, she continues to turn heads on red carpets and the streets of whichever city she is in.

Kardashian most recently stirred attention on an outing in Vatican City, Italy (via TMZ). The Skims founder toured the sacred city on June 28th with her famous friend Kate Moss and her daughter, Lila Grace. Kardashian was reportedly in Italy for business meetings with her the CMO for KKW Brands Tracy Romulus, celebrity makeup artist Mario Dedivanovic, and her hairstylist Chris Appleton. Though she looked amazing, critics are questioning her outfit choice. 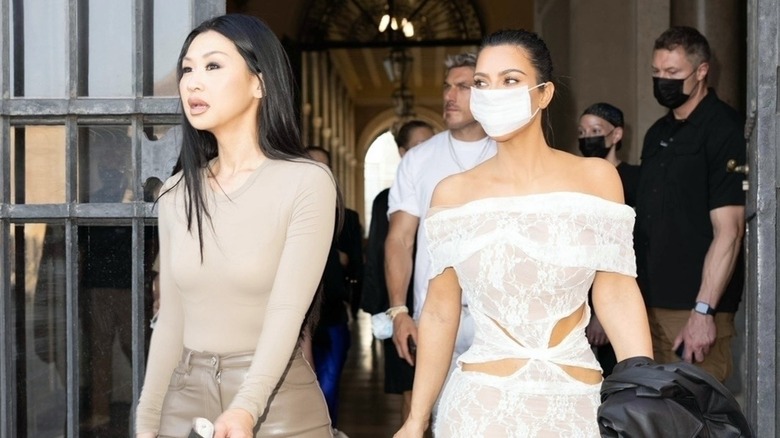 For her Italian getaway, Kim Kardashian wore a white dress (via TMZ). The ankle-grazing gown was sheer and lacy. It was off-the-shoulders and featured cut=outs at Kardashian’s waist. The influencer paired the revealing dress with white sunglasses, a white mask, and white heels to complete the look. Though she sported this chic style all day, when she arrived at the Sistine Chapel, Kardashian was spotted carrying a long black leather jacket. Kardashian most likely put on the jacket to cover up and respect the Chapel’s strict dress code.

Kardashian and her friends appear to be making their rounds in the European country. An eyewitness told E! News, “They headed straight for the Colosseum to do some sightseeing. They had a private guided tour and walked around the grounds taking in the sights and learning all of the history. They were inside the grounds of the Colosseum for about an hour. They took photos and went into multiple areas making sure not to miss anything.”