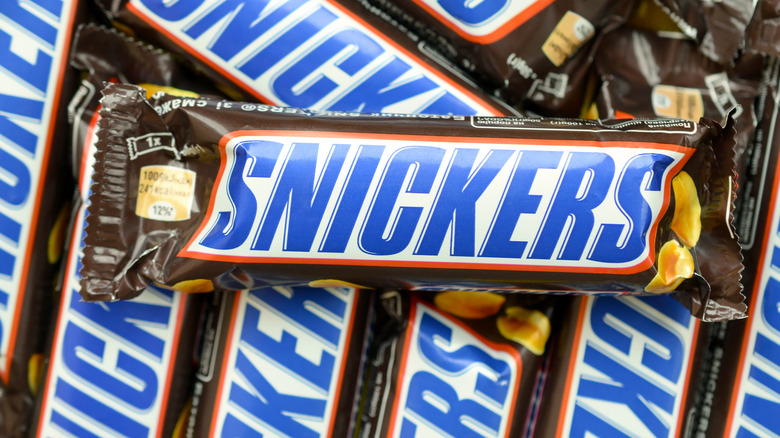 The Snickers candy bar brand was already a household name before their infamous commercials centered around the personality changes people go through when they’re hungry began airing on televisions everywhere. Now, the beloved commercials are used as jokes and memes across the internet and in real life as well. How many times has someone jokingly told you to “have a Snickers” because your attitude had taken a turn for the worse when you were a little hungry? It’s fairly common these days, according to Campaign US.

According to the outlet’s findings, these quotable commercials have helped the company sell 15.9% more candy bars across the world! These commercials have showcased celebrities – including the hilarious Betty White – giving funny performances. It’s no surprise that these commercials became popular; they are a unique take on branding.

However, these commercials haven’t just been fun and games. Recently, the company released a controversial take on the popular marketing ploy in Spain. And people across the internet were not happy with the results.

The commercial was deemed homophobic 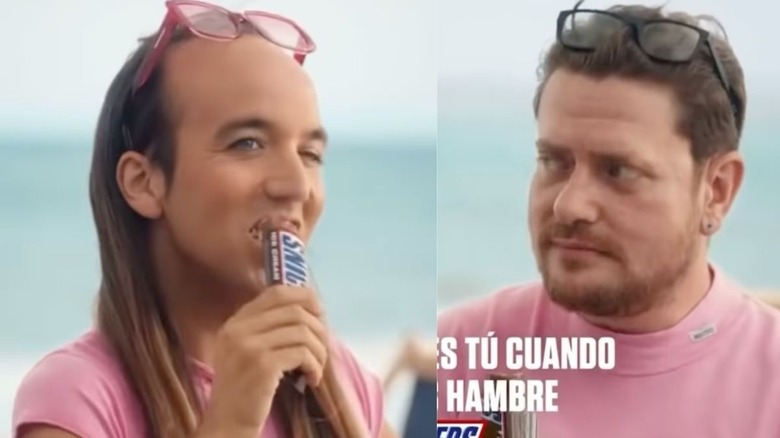 The commercial that was released in Spain features an influencer named Aless Gibaja at a restaurant with a friend. Gibaja orders a “sexy orange juice” per Metro Weekly. Both the waiter and friend of the influencer look at him almost with disgust before the friend hands him a Snickers ice cream bar. The influencer is then replaced by a more stereotypically masculine man with facial hair and black sunglasses on his head instead of his previous pink set.

Almost instantly, this commercial was criticized for the homophobia it depicted. Spain’s LGBT State Federation sent out a tweet stating, “It is shameful and regrettable that at this point there are companies that continue to perpetuate stereotypes and promote homophobia. If you need some training for next time, here we are, Snickers.”

A Twitter user commented, “#Snickers the new gay conversion therapy bar…? Was this commercial just unsealed from a time capsule? How ridiculous in 2021?!?! #Mars @SNICKERS should be ashamed!!” According to Yahoo! News, the brand has pulled the ad and issued an apology. “At the Snickers brand we take the rights of equality and inclusion very seriously and we believe that anyone has the right to show themselves as they are,” the statement (translated from Spanish) reads. “From Snickers we want to apologize for the misunderstanding that our new advertising campaign may have caused.”