Jim Cummings is being accused of physical, sexual and emotional abuse.

The 66-year-old voice actor, known for adding his voice to iconic films including Winnie the Pooh and Lion King, was accused by ex-wife Stephanie Cummings of abuse between 2011 and 2018 in court documents according to The Blast on Friday (May 3).

The couple were married in 2001 and divorced in 2011 and have two daughters.

Stephanie reportedly claims that since the divorce, Jim “has engaged in physical, sexual and emotional abuse including but not limited to death threats, rape, and various sexual deviant behavior forced upon me without my consent.”

“Shame on you, you’re [sic] distortions are obscene. ‘forcing’? Please, everyone, Gracie myself and especially YOU were all giggling and laughing, it was pleasant to have one moment of light-heartedness. We both erupted into laughter…I’m hardly the first person in the world to point out one ‘catches more flys [sic] with honey than vinegar’ for you to overlay a reference to being a whore is little too telling, Let’s get this over with for the love of God,” he reportedly wrote in response to the allegations in an email to Stephanie.

She also claims that Jim punished their dog for urinating in the house by placing it “inside a metal bucket outside of the house on a day which it was over 100 degrees, then left it there for a long time…the dog came close to dying.”

“There was an incident where I put a ‘tub’ (not a metal bucket) over a dog to isolate it briefly as a form of discipline to its behavior at our vet’s suggestion, and unfortunately I forgot the dog was there for a while, but then of course I released it,” Jim said in response to the allegation. 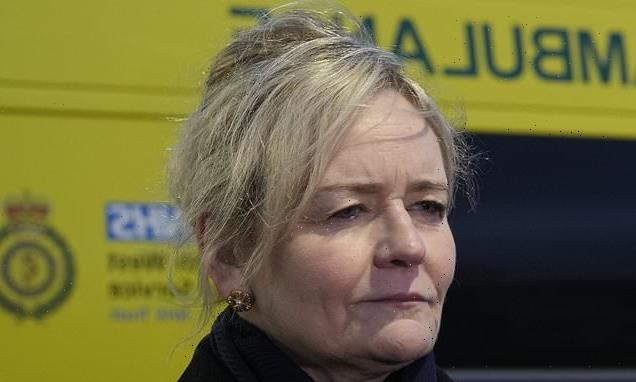 ANDREW PIERCE: A horror story? Unite knows all about those