Jared Knabenbauer, aka ProJared, is a hugely successful YouTube personality, with over a million subscribers.

Well, he had over a million. We’ll get back to that.

On Wednesday ProJared made a shocking announcement to his fans on Twitter; he and his wife, fellow YouTuber Heidi O’Ferrall (whose channel is called AtelierHeidi) were splitting up.

“My wife Heidi and I have filed for divorce.

I know this may come as surprising and upsetting for many of you, but know that we do this so that we may both seek happiness for ourselves. During this time you may see a lot of rumors, speculation and gossip going around. I ask that you make your own observations and come to your own conclusions.

I will add that this decision was reached after extensive individual therapy on my part and couples therapy together. With that said, this is all I plan on stating publically regarding this matter. Heidi’s privacy, mental wellbeing and discretion has always been and will remain my highest priority through all of this. It is my hope that we both exit this marriage with style and grace. I plan on continuing to do everything I can on my part to make this happen.”

Sounds like a pretty mutual statement. Sad but thoughtful… right?

The thing is, his wife had no idea he was posting that. A few minutes later, as Heidi was bombarded by tweets from concerned fans, she wrote:

“In recently learned that my husband @ProJared has been f**king @HollyConrad behind my back for months. I have no idea what announcement he just made because he blocked me.”

She even proved the blocking part with a screen shot! 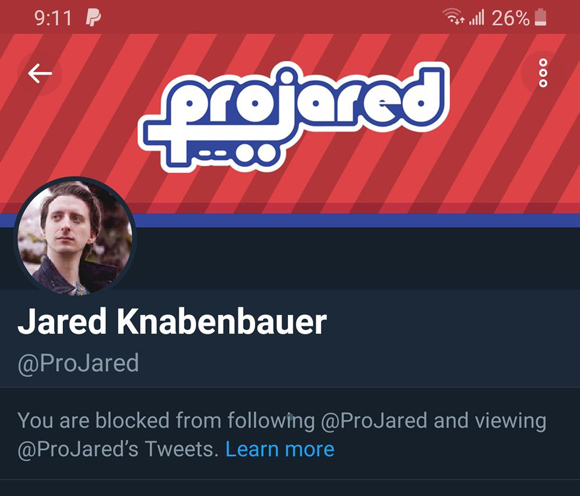 Holly Conrad is (was) one of the couple’s best friends. She’s also a YouTuber; she goes by the name Commander Holly.

Here’s Heidi and Holly in a vlog from two and a half years ago: 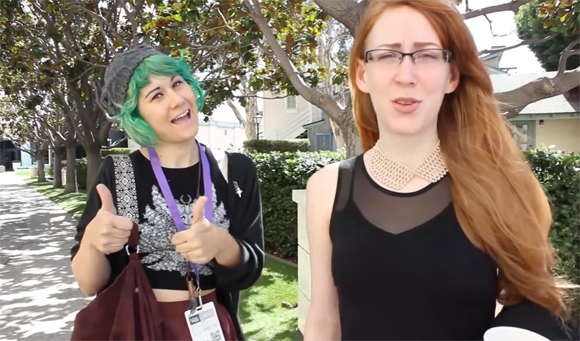 Something tells us Holly didn’t know Heidi had found out about the alleged affair?

She actually RESPONDED to ProJared’s statement on Twitter, saying:

“I’m so sorry you’re going through this. I’m here for you if you need me.”

That is some B.H.E. — big homewreck energy! 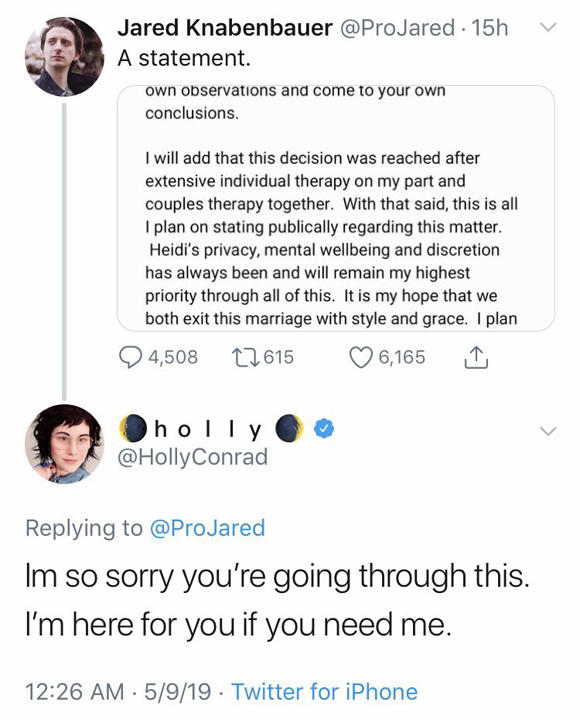 Wow. If true, this is what girl code violation in the first degree looks like. Damn.

Innerestingly, Holly was married to yet another YouTuber, Game Grumps‘ Ross O’Donovan.

Ross announced he and Holly were splitting up in September 2018. 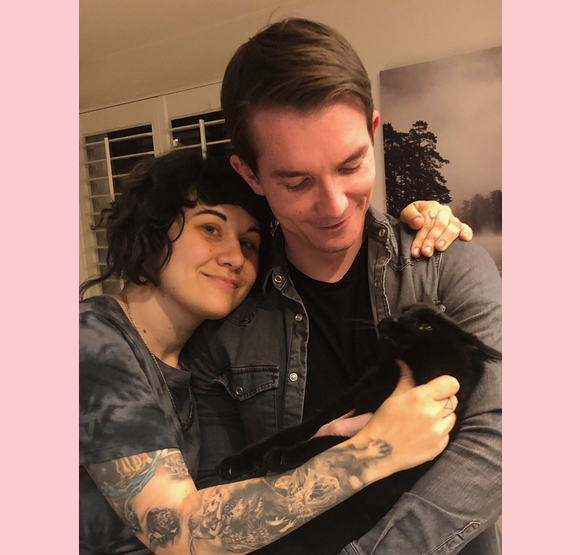 Wait, how long did Heidi say the affair was going on? “For months”??

Many ProJared fans were incredulous, but Heidi went on to post a LENGTHY description of the alleged affair and the downfall of the relationship.

It is gross, it is not how he painted it, and it is… all too familiar, sadly. She wrote:

“I have proof. Explicit conversations and photographs of their relationship, which he extensively lied to me about on many occasions. He was promising me that he was committed to our relationship at the time, and promising her he was breaking up with me.

He went so far as to blame me for being suspicious and making him “feel like a bad person” by questioning his loyalty. He gaslit me for months, insisting that he had “the bare minimum interactions” with her and “didn’t even like her”. Meanwhile, THEY WERE HAVING SEX”

What evidence did she have? Heidi explained:

“The proof I found was on his old phone, dating from October to December of last year (until he got a new phone) Everything from sexual images to detailed descriptions of times they’ve met for sex.”

AND she wrote directly to her former friend:

“Honestly @HollyConrad you look very ashamed and insecure in all the nudes you sent my husband. I think it would help your chronic self esteem issues if you started f**king men that weren’t already married.”

“Jared tried very, very hard to make me feel responsible for everything that’s gone wrong in our relationship. He technically broke up with me in February, insisting that the only thing wrong with our marriage was me. Insisting that HE had tried to make things work.

He was unable to confess to his infidelity even when presented with proof. He squirmed in denial until the last minute, getting angry and defensive instead of apologetic.”

Lot of that going around…

“I truly believed Jared was better than this, and he proved me wrong. I told him over and over that I had faith in his integrity, and he stood there and took the compliment and said nothing. While cheating on me…

I believe he has compartmentalized his feelings/memories to suppress his guilt. He’s VERY convincing.

I have spent the last year in near isolation, ostracized from Jared’s friend group because he made it clear to me that I was not welcome around them even when we were “still together”. He had to keep me separate to keep up his lies.

He told his friends a version of events that omits his infidelity and portrays me as an aggressive and unreasonable person. As though I’m randomly angry and upset all the time, for no reason at all.

It’s because he’s abusing me.”

She also defended all this public scorching, explaining:

“I have never dragged any friend or ex online for the sake of it. But my public figure husband cheated on me with another public figure, publicly, while fans cheered them on thinking it was fiction. I think a public conclusion is appropriate.”

When fans came to Heidi’s defense and began attacking ProJared, she did take a moment to defend him — well, one part of him.

A fan wrote that he had “a small peen” to which Heidi responded:

“That part is actually not true. He wronged me but I’m honest. His dick is big.”

On the “mutual” sounding statement he posted, however, she did NOT take his side:

“His statement is nothing more than an attempt to silence me before I can reveal anything. I gave him the opportunity to make a statement about his infidelity before I did. I told him it would be less embarrassing for him if he was honest with his own friends first.

I’m honestly shocked that he posted this today because it’s so blatantly selfish. This isn’t a mutual statement in any way. I did tell him that I wouldn’t sign an NDA regarding his behavior. I’ve suffered enough to sell him my dignity too.”

What more could she reveal beyond the cheating? An NDA just about infidelity?

Come to think of it, even ProJared’s statement warned fans “you may see a lot of rumors, speculation and gossip.”

Well, that soon got an explanation.

“It’s also true that he has been soliciting nudes from his fans for years. I was there. In the beginning, it was a joke on tumblr. Then it was its own tumblr account just for nudes. It was ostensibly a body-positive space for consenting adults, and I approved on that basis.”

We do not want to malign any couple’s safe, mutually approved practices. But exchanging nudes with random fans on the Internet? That’s dangerous ground.

She soon found out this was not a joke.

“It kept escalating secretly. He started a Snapchat, for getting nudes from fans, without telling me. I found out via a fan comment. I felt pressured to allow it even though I was uncomfortable. Anytime I gave him an inch, he took a mile.”

She then asked for more proof to corroborate what she had. Clearly gurl was sick of being gaslit.

“I believed that he shut it down in late 2017 (I think???) But now I have reason to believe it continued for long after that. If you have information or were involved in this, I would like to know what really happened. I know a lot of fans participated.

For the record, I’m not mad at any fans for sending him raunchy images. Jared was the one who was responsible for being honest with me, which he failed to do. No one else is to blame, IMO”

“I used to think that among consenting adults, it was fine. Now I see it as an abuse of power for him to intentionally manipulate anyone to show him their naked body on the basis that he’s a popular internet man. I would like to apologize for my role in enabling this.”

Buuut it was apparently worse than Heidi thought.

Since Heidi’s revelation, several people have come forward to allege they had some kind of cybersexual relationship, or at the very least nude photo exchange with ProJared.

That includes picture proof, which is out there on the interwebs if you’re so inclined. 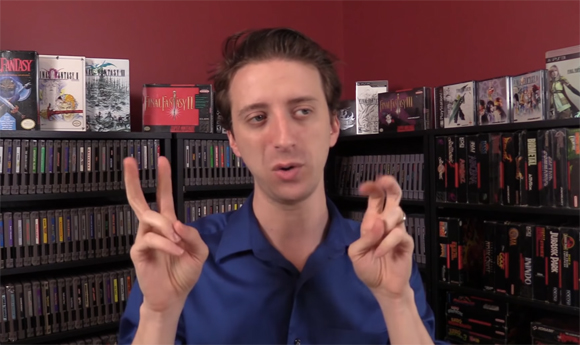 One woman told Kotaku they followed one another, then after he asked her age and she told him she was 21, he immediately sent her a d**k pic.

“I didn’t expect him to send full nudes, though. Him being a public figure, and all, I did not think he would do that.”

Shortly after she says she unfollowed because it felt “pretty gross.” She didn’t even know he was married.

Unfortunately here’s where it crosses the line from pretty gross into possibly illegal.

A Twitter user who has since gone private said he was “sexually manipulated” by ProJared, too — when he was just 16 years old:

“We spoke sexually. He sent me pictures of him in cosplay with his dick very visible. He told me details about his sexual life and fantasies. Eventually, he sent me a dick pick… We didn’t speak every day, but most. I sent him many actual, real nudes.”

Another former fan said he, too, was “15-16” when Jared “started becoming very open to his followers actually sending him nudes,” pointing out this took place “on a blog that was in no way age restricted.”

“Eventually, after a lot of hyping myself up, I sent him nudes. He messaged me and thanked me and told me I was beautiful and all that s**t. Thrilled by the acknowledgement and validation from someone whom I admired so much, I didn’t stop. I ate up the attention he gave me.”

This accuser says Jared eventually invited him to join another blog, called “SinJared” — in which he posted the nude photos other fans had sent to him.

He even posted screen grabs of messages with Jared HERE.

Eesh. If this is true, that means he was soliciting and reposting underage nudes — which could definitely be illegal depending on the ages of those involved.

OK, so back to that number of subscribers.

It had been over a million. But within just a day of all this breaking, it has dropped by over 100,000!

NormalBoots, the YT collective to which ProJared belonged, has released a statement confirming they’ve parted ways with him:

“On April 4, 2019, an unsolicited e-mail was sent to the NormalBoots business account containing allegations of inappropriate conduct pertaining to Jared Knabenbauer.

We can’t confirm every part of this story, obviously, but from what we’ve seen — and can’t unsee — there is evidence of a LOT of it out there.