While attending her very first Met Gala in 2021, Billie Eilish imitated one of America’s most iconic style icons — the one and only Marilyn Monroe!

Billie Eilish is now a member of fashion’s elite after being named co-chair of the 2021 Met Gala. The singer attended the event for the very first time on Sept. 13, and she definitely did not disappoint with her red carpet look. With the theme being “In America: A Lexicon of Fashion,” Billie fit the part perfectly in her glamorous ensemble, which channeled Marilyn Monroe. 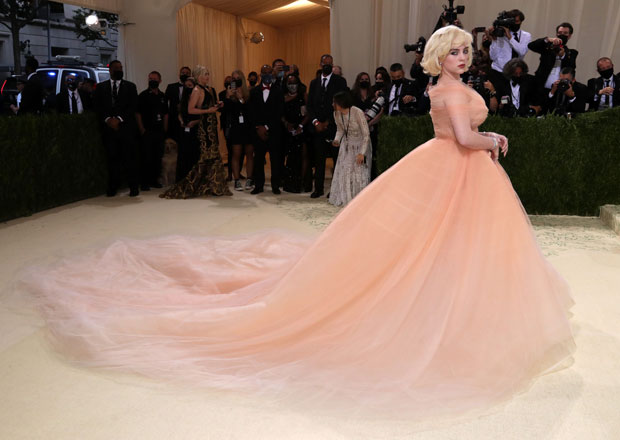 For the Met Gala, Billie showed up in a stunning, cream-colored, off-the-shoulder gown by Oscar de la Renta. The off the shoulder ensemble had a low-cut neckline, and Billie looked so grown up and sophisticated. Meanwhile, her platinum blonde hair was styled in a standard Old Hollywood look, with bangs swept across her forehead. To complete her look, she accessorized with multiple diamond Cartier rings across her fingers and long, cream-colored nails, along with diamond Cartier bracelets. Plus, she had Marilyn’s classic bold lip, as well! 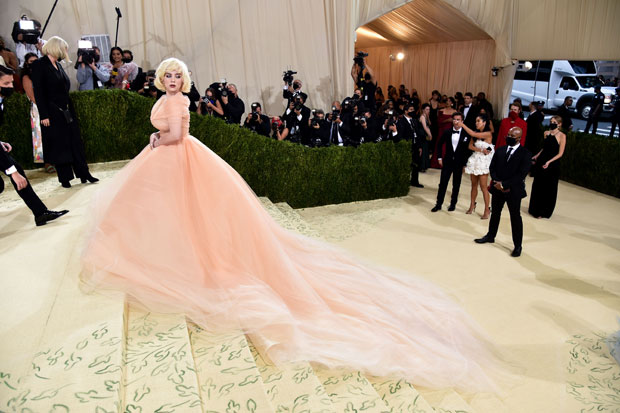 Although Billie has never been to the Met Gala until now, it’s no surprise that 2021 was her year to make a statement at the event. The past two years have been incredible for the singer. In 2020, she swept the Grammys, winning five out of the six awards that she was nominated for. In 2021, she returned to the big event and took home another two honors. She also released her second album, Happier Than Ever, in July 2021, along with the documentary, Billie Eilish: The World’s A Little Blurry in February.

Earlier this year, Billie also went public with her new relationship. She was first spotted with her new man, Matthew Tyler Vorce, in April. Although the two have never commented on the status of their relationship, they were spotted enjoying a Disneyland date once again a few weeks later, as well. Billie keeps her personal life as private as possible, but she certainly seemed very happy while out and about with the actor. It looks like things are continuing to look up for the 19-year-old in 2021!