THERE'S a lot at stake when it comes to your online dating profile with nothing more than your profile pic and a couple of words determining the all important first impression.

But one bloke learnt the hard way that your choice of snap is everything after a harmless pic with Baby Yoda had him banned from Tinder. 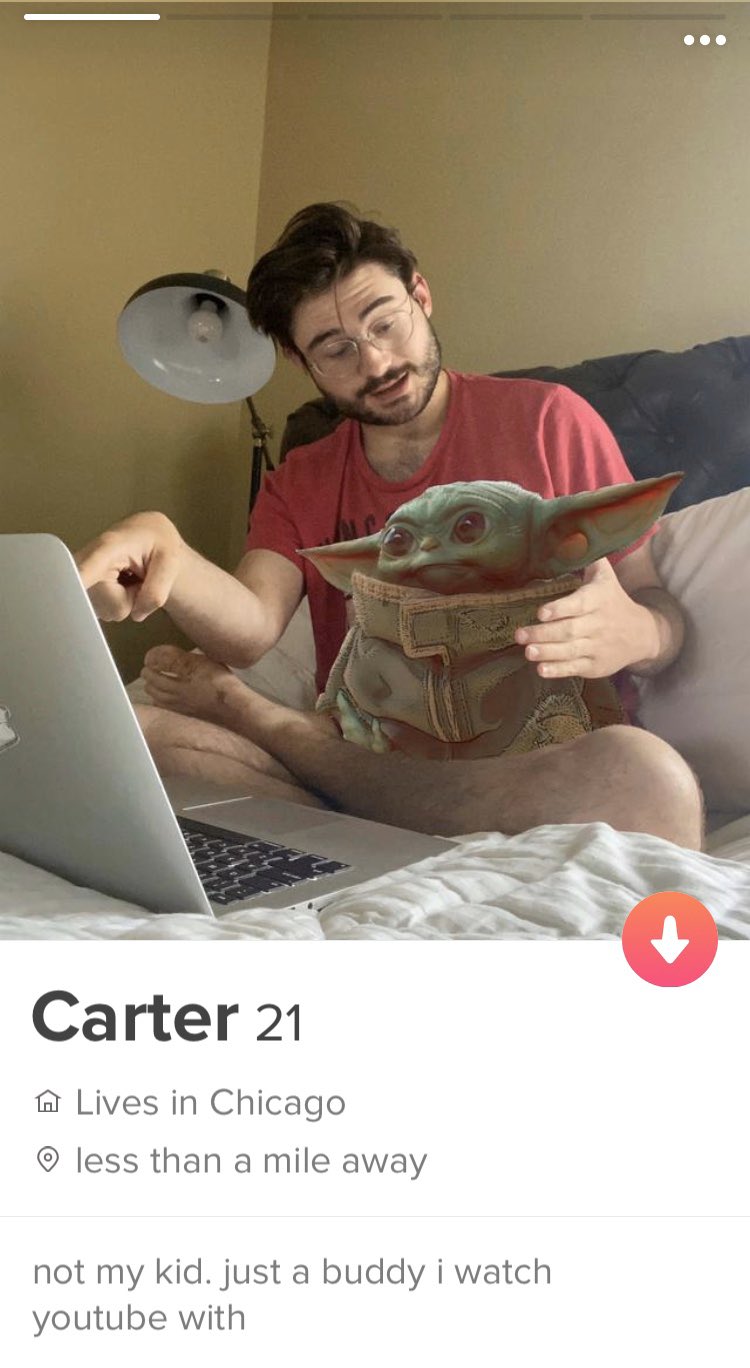 Carter Hambley, a comedian from Chicago, posted a seemingly innocent snap of himself with what looked to be the much-loved Star Wars character sitting on his lap.

Obvious to many, the little guy was craftily Photoshopped in – but is seems that was a deal breaker for some.

When the 21-year-old matched with someone on the dating app, he was asked: "Where did you get that Yoda doll?"

Chuffed he may have found a fellow Star Wars fan he explained that it was Photoshopped and that it wasn't actually a doll.

Still confused, the woman hit back: "No not the photo. I mean the Yoda doll."

To which Carter explained again that it wasn't an actual doll, and took the chance to strike up a fun conversation.

He said: "Yeah it's not a doll, unfortunately! anyways! what kinda movies do you like, besides Star Wars, presumably 🙂 "

But clearly not a fan his humorous attempt at making conversation, the woman took offence to his use of Photoshop and called him out for "catfishing".

She wrote: "So you just… put a fake image on your profile? That's literally the definition of catfishing.

"You're a liar and a sneak and i'm reporting you. Not letting you fool anyone else with your little tricks."

And it seems she had every intention of doing just that as the unlucky in love bloke had his dating profile blocked – perhaps she REALLY wanted to meet Baby Yoda?

Posting screengrabs of the chat on Twitter, Carter wrote: "God I hate this app." 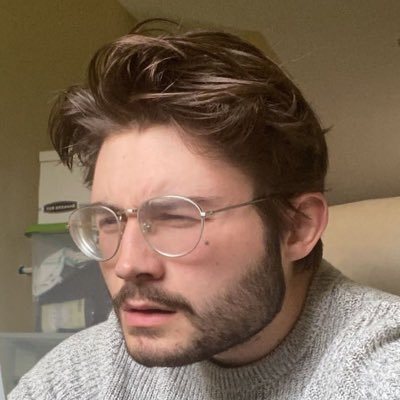 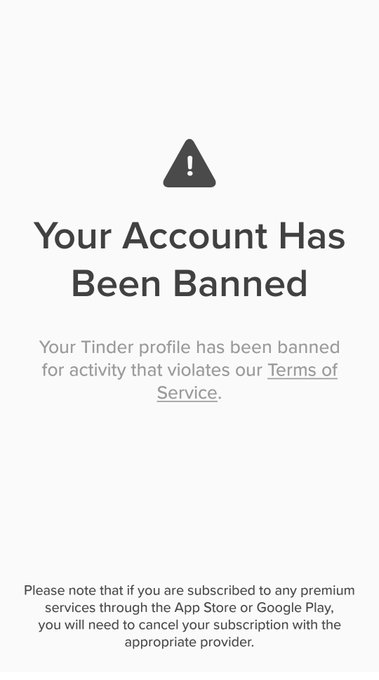 Many flocked to the comments to share their own similar experiences, with many admitting to giving up on online dating altogether.

One unlucky bachelor commented: "It's just impossible to date nowadays. After 5 terrible years attempting to use Tinder and other apps… I'm now preparing to hire a surrogate to carry my child."

And another person wrote: "Wow, they did NOT realise that the image was a real image Photoshopped to have a fake image on it… Sometimes I wish bad things, but I honestly hope that person runs out of their favourite food items and the means to make their favourite foods."

While a third asked: "My question is, why did he get banned if he didn't break any rules? There's no way in f**king hell that is catfishing."

For more relationship news, a bloke reveals why you should never ask ‘what are you looking for’ while online dating and how it’s an instant turn off.

Plus a woman warns you should AVOID ‘5ft 10ins guys’ on dating apps… and they’re just one group she steers clear of.

And Plus this bloke was left stunned when his wife divorced him for leaving dirty plates by the sink.