THERE'S nothing like climbing on top of your transit van and singing at the top of your lungs to prove your love – and this is exactly what one man did last week while proposing to his girlfriend.

Mike Ogden surprised his partner, Gaynor Marshall – who works at a Tesco superstore in Greater Manchester – by singing Sally Cinnamon by the Stone Roses from the roof of his van. 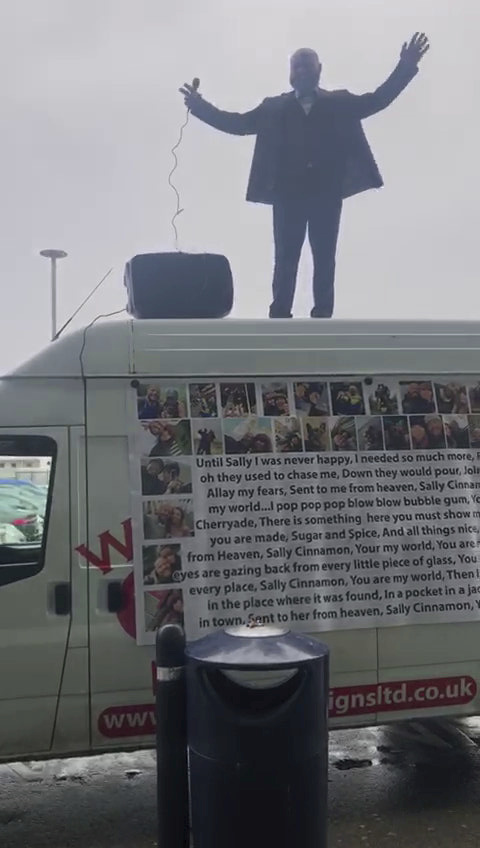 Mike, 48, pulled into the Tesco car park before climbing onto his van, much to the surprise of Gaynor who had been ushered outside by colleagues (who were in on the surprise).

Dressed in a tux with a karaoke speaker, Mike belted out the classic while Gaynor could be heard saying "he's off his head" as she stood gasping at the romantic gesture before having a dance herself.

Once Mike had finished the number, he climbed down from the van and asked Gaynor to be his wife.

"You are my world. You would make me the happiest man in the world if you’d be my wife forever. Will you marry me?" He asked. 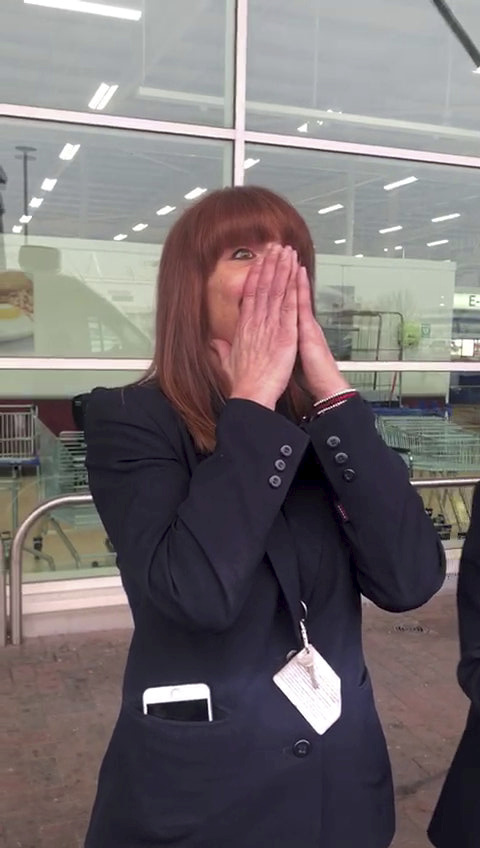 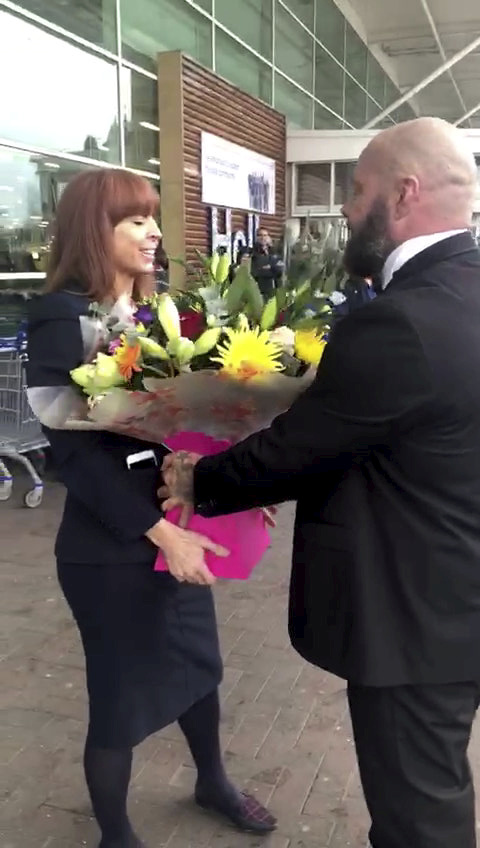 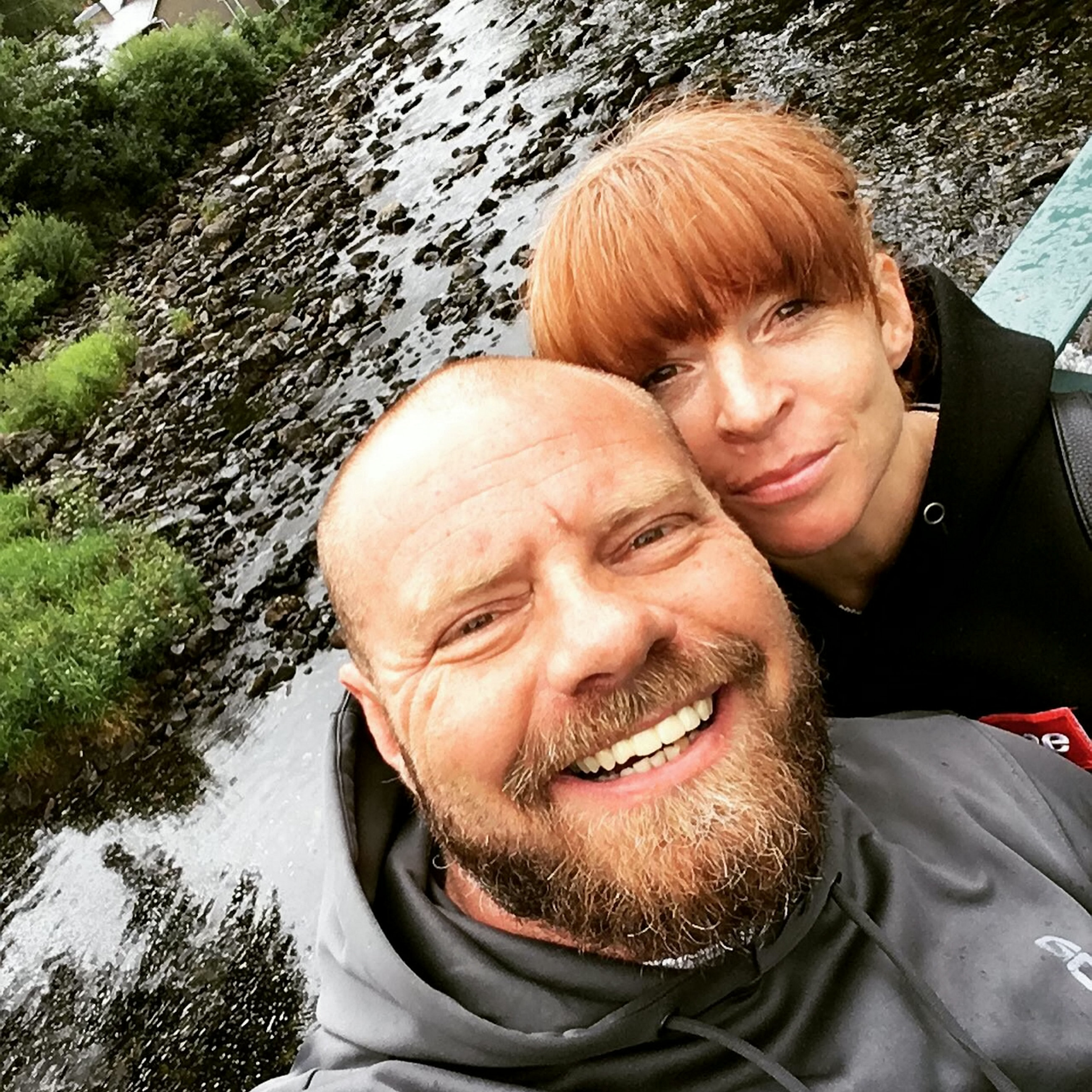 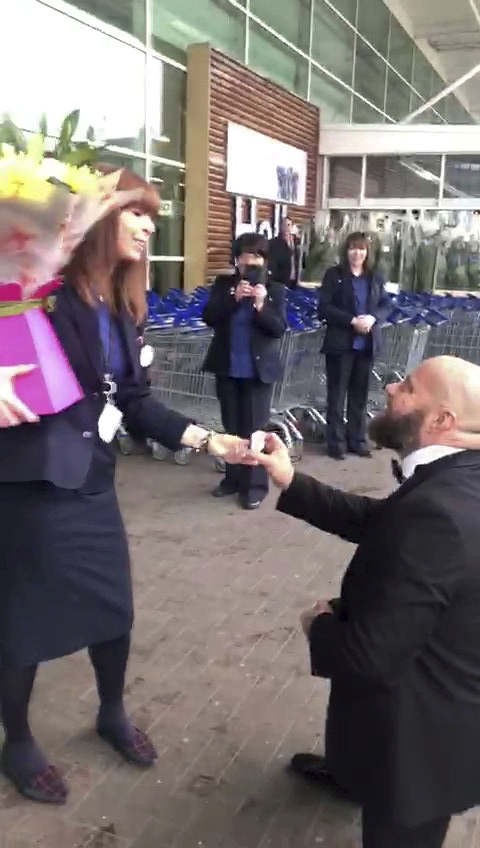 Overwhelmed with emotion, Gaynor replied: "You know I will."

Mike had hatched the plan weeks before, explaining Sally Cinnamon is a special song for the couple.

"We spoke about if we get married, it would just be us two on a beach somewhere, no fuss," he said.

"So I thought if that’s going to be the wedding, I’ll have to make the proposal a big event. I thought, why don’t I sing it from the top of my van?

"Then my friend who is a DJ offered to lend me a speaker." 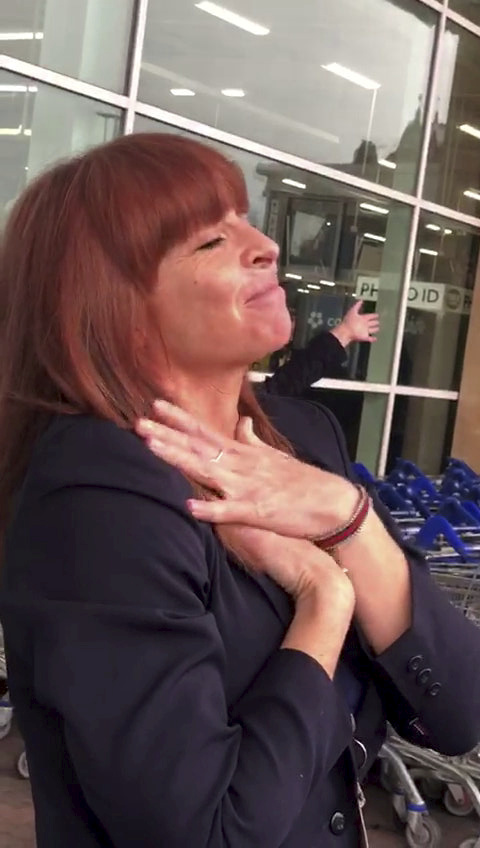 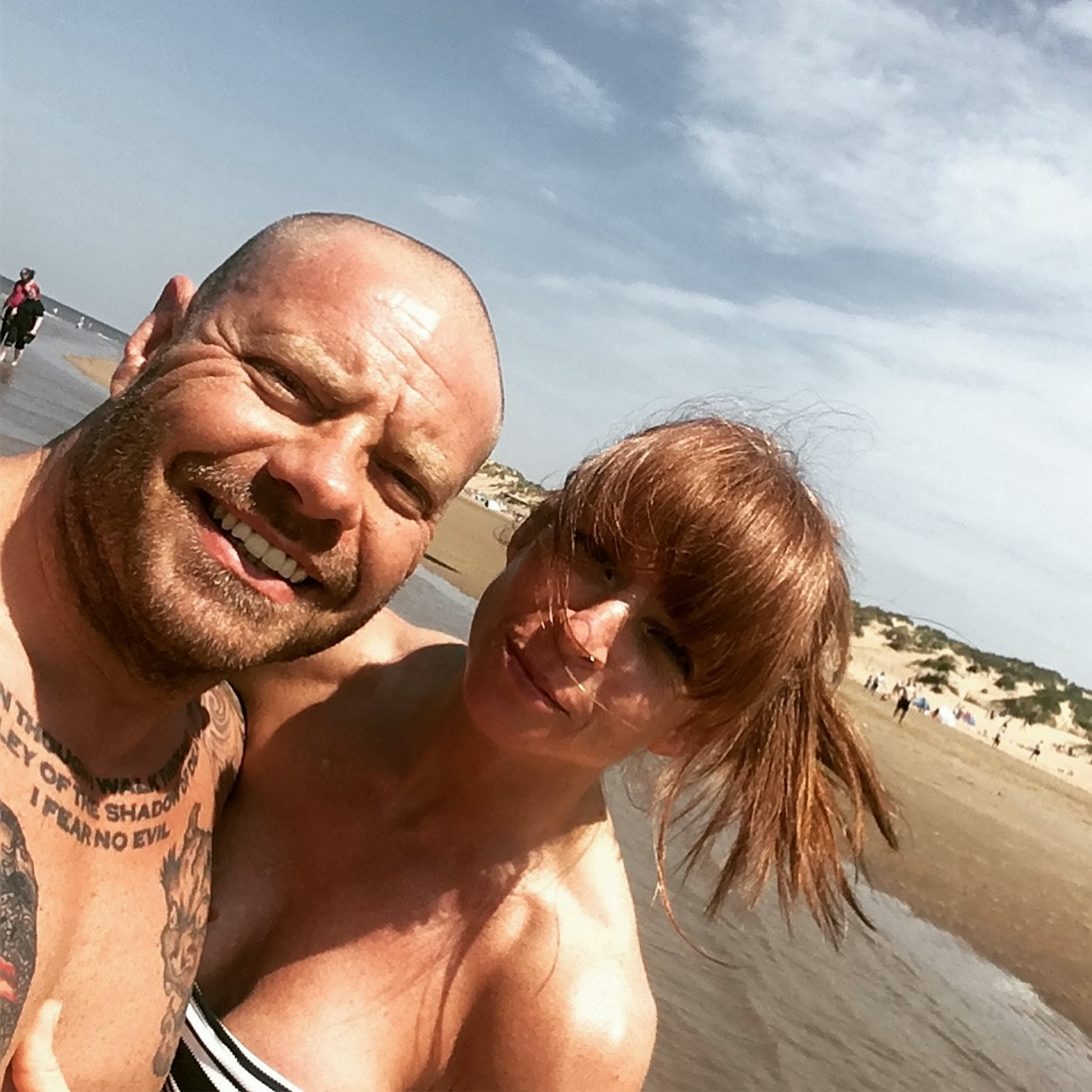 Romantic Mike also printed a collage of pictures of the two together which he attached to the van.

"I was totally shocked, I had no idea he was going to propose," said Gaynor.

"A couple of girls in work knew what was going on and they stitched me up. They pulled me away from the desk and then said there was a problem outside I needed to sort out.

"I got out and saw Mike was standing there on top of his van and I was gobsmacked.

"The fact it was that song was extra special because that’s our song, it means quite a lot to us.

"There was no chance I was going to say no, I’ve never been happier. He’s been my rock and I’d be lost without him."

The couple are hoping to tie the knot on the Greek island of Kos, next year.

In other relationship news, we told you how a bride was rinsed for looking like a ‘granny stripper’ when she wore tiny lace shorts with a huge train to her wedding.

We also revealed a bloke proposes with a box of McDonald’s chicken nuggets & engagement ring he spent just 20 minutes buying.

And we showed you one man was hailed ‘The One’ as he removes girlfriend’s fake eyelashes and labels them ‘left’ and ‘right’ when she falls asleep.