EVERYONE knows that the one rule a wedding guest should adhere to is that you don't upstage the bride.

But one woman has revealed how her future mother-in-law has decided to wear an outfit to her big day that's almost identical to her white dress.

The bride-to-be, called Amanda, explained in a post on a wedding shaming Facebook group how her fiancé's mum had purchased an "off white" dress that resembled the one she had chosen to get married in.

"Shaming my future MIL. Our bridesmaids are wearing wine coloured dresses (close to burgundy) and each girl picked her own dress to suit her figure and her budget," she wrote.

"My fiancé is an only child, so I thought it would be nice to offer to go dress shopping with MIL since she won’t have any other experiences being mother of the bride or groom.

"I invited her to my first dress fitting and afterwards asked her if she’d like to go shopping together for hers.

My mother-in-law will be twinning with me!

"She declined and said she wanted to go by herself, which stung, but ultimately I don’t really like her that much so it’s fine."

The bride then discovered that her mother-in-law was thinking about wearing burgundy, but admitted "I’m not sure this is allowed" – however she was able to convince her to not wear a shade so close to her bridesmaids' frocks.

However, the woman then revealed that she had made an even more outrageous decision.

"Fast forward a couple months to this week. I get a text that she bought a dress and I asked her to see it (I had ankle surgery that morning so was still somewhat sedated)," she continued. 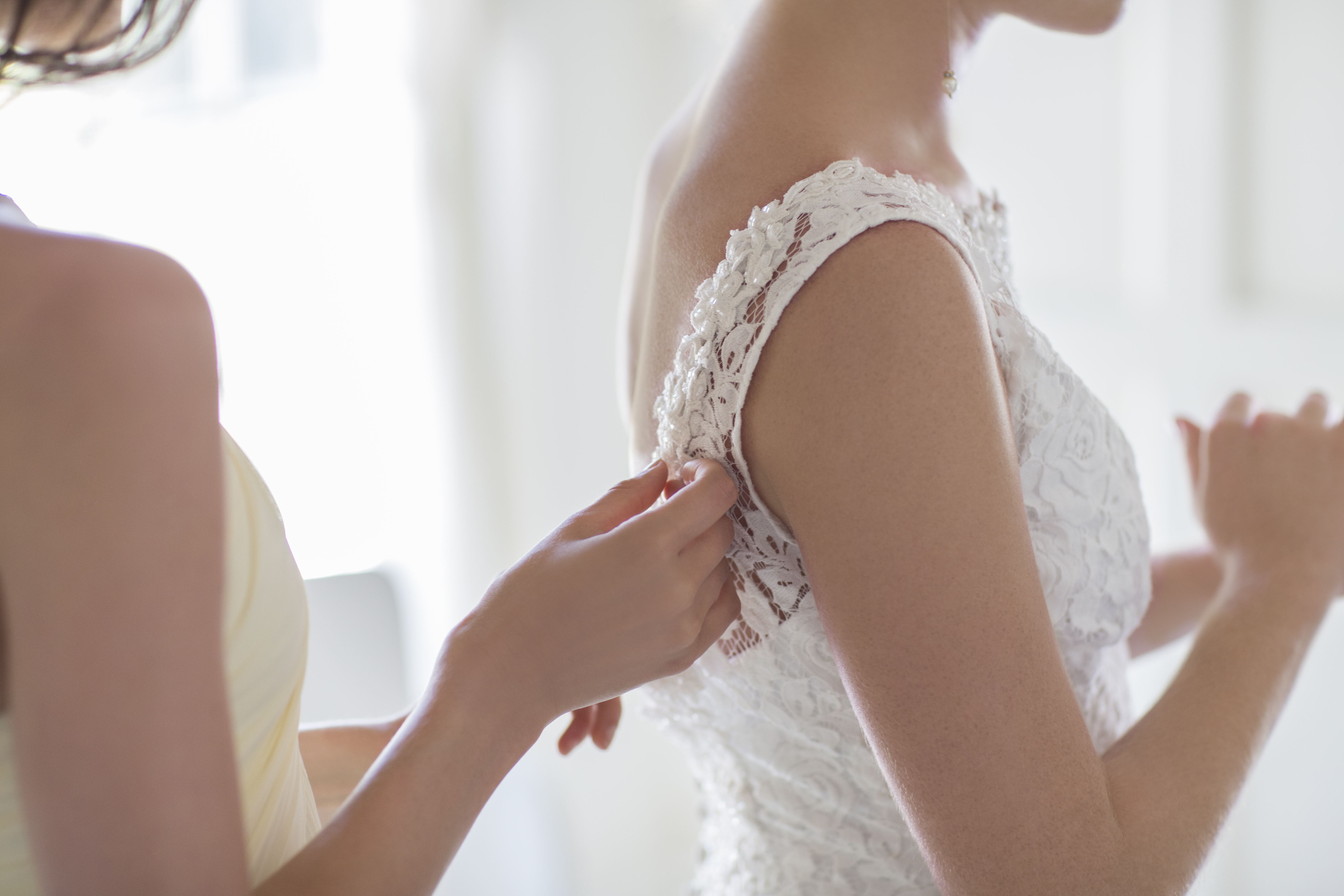 Sharing pictures of her own dress and the dress her mother-in-law had picked – side by side – she added: "This is the dress she picked.

"Since I’m having my seamstress remove a layer of crinoline and the train, the big difference between the dresses is that hers has sleeves.

Dress etiquette rules for the mother of the groom

"Now I’m torn between being a bridezilla and telling her she needs to exchange it for a different colour, or letting her make an ass out of herself at the wedding.

"Guess I should have let her look like a bridesmaid after all, since now she’ll be twinning with me!"

Members of the Facebook were shocked by the mother-in-law's gumption – and advised the bride to challenge her shocking choice.

One wrote: "Too close for comfort.."

Another commented: "OMG not a bridezilla at all that dress is unacceptable."

A third shared: "OMG! No freaking way! I would politely send her a picture of your wedding dress to remind her what it looks like and tell her that although you'll be engulfed in her sons eyes, others will notice the similarity and will definitely think its inappropriate, but it's up to her."

Earlier this week, we told you how a savvy bride spend just £3k on her whole wedding buying everything from Amazon.

We a;so revealed how a bride got married in a £35 dress she found in a charity shop the day after getting engaged.

And a bride was thrilled after making DIY wooden hangers for bridesmaids costing 46p each from Primark – but people mocked her for another hilarious fail.