WHEN you think of your dream wedding dress, you don't want to settle for anything less than perfect.

From the bodice to the train, every detail has to be spot on – so you can imagine one bride-to-be's horror when she took her grandmother's 1950s wedding dress to be restored and it went horribly wrong. 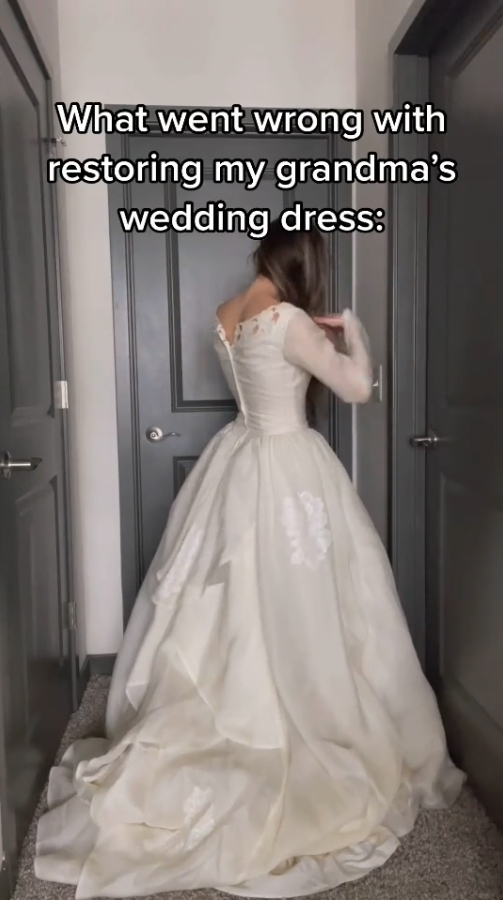 TikTok user Julia (@_boringbb_) was hoping to wear her nan's wedding dress for her own wedding and had her heart set on altering the original for her big day.

Needing a little TLC, she decided to get the gown that is now 50 years old restored, only for it to later be returned to her covered in stains and ripped to pieces.

Several things had gone wrong during the restoration process, with Julia pointing them out in a video she shared online.

She revealed that the dress, that had been discoloured over time, hadn't been whitened properly and still looked dull and off-white. 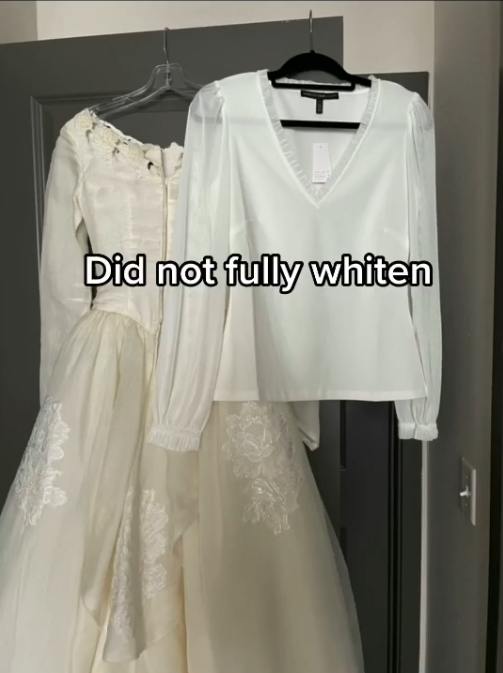 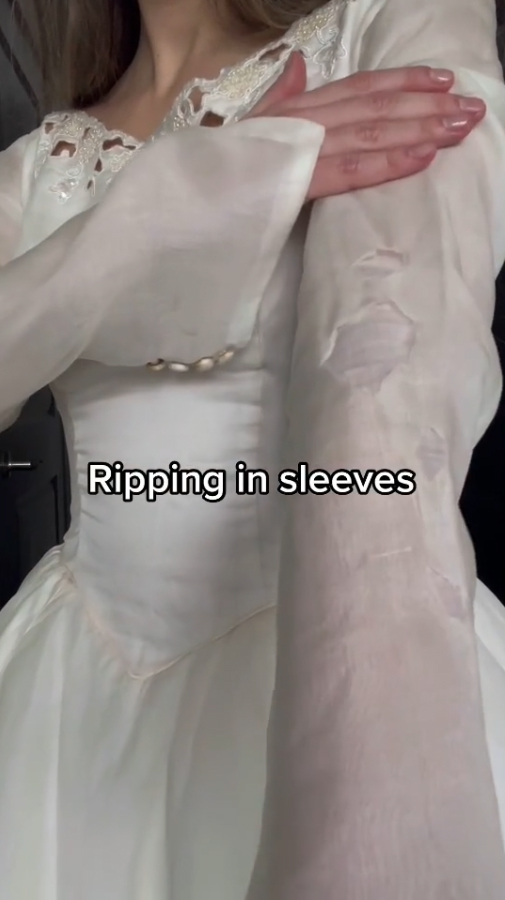 One sleeve had several tears in the material and there were oil stains all over the sleeves and skirt.

Turning to others for their advice, Julia asked: "Inexperienced in restoration. Is this normal or did I pick a bad company?"

Insisting that it was a botched job, one person replied: "This should not have happened in the restoration process." 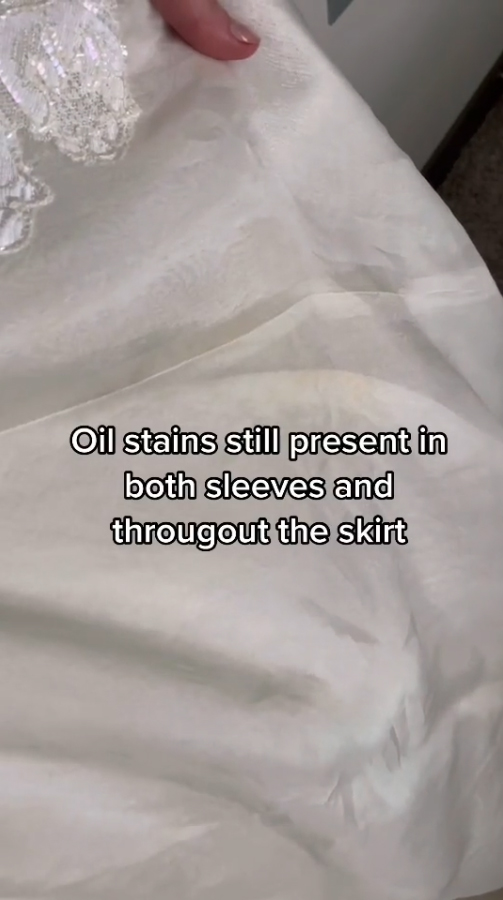 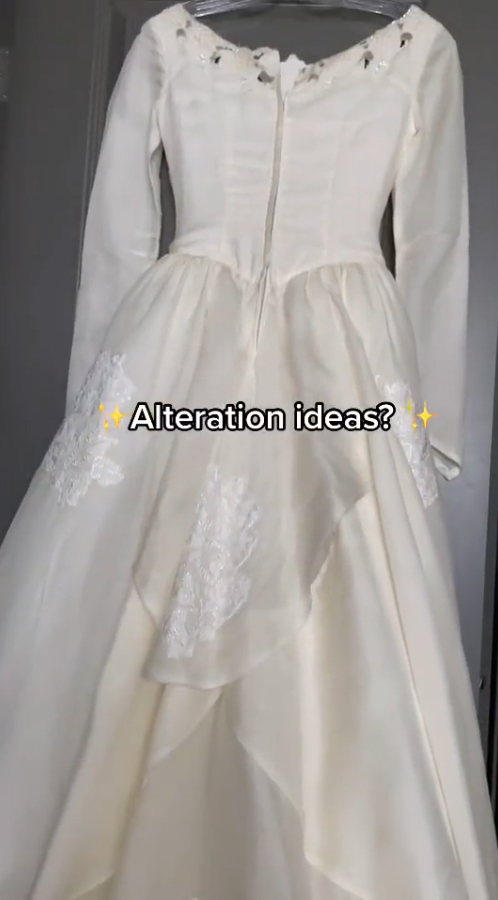 Another said: "This made me so sad, it's such a beautiful dress."

A third offered some advice for tackling the oil stains and said: "Hairspray gets out oil stains usually."

Others suggested white vinegar or baking soda to remove the stains, while another viewer pointed out that the rips were inevitable considering the age of the dress and its material. 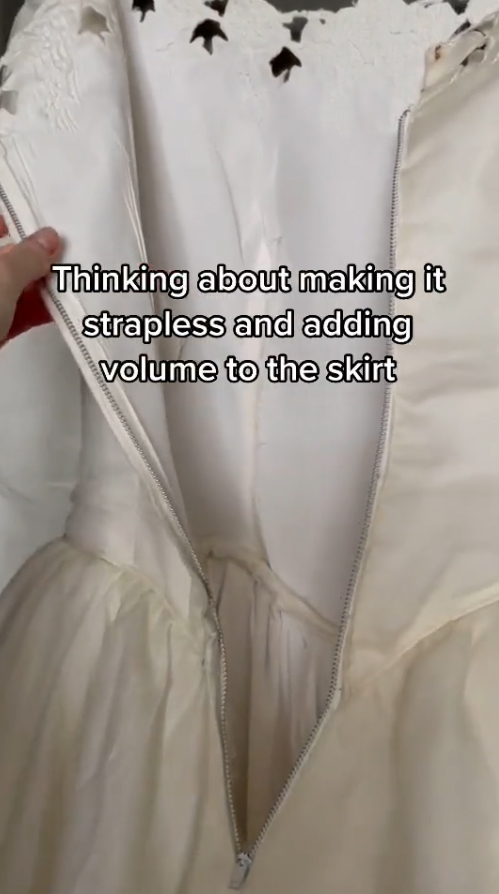 They said: "Silk unfortunately shatters after a while, especially if it was stored in folds. Since it shattered at the elbow it makes sense."

After looking into her options, Julia revealed in a follow-up video: "I was told by two alteration specialists that my grandmother's wedding dress is too old/discoloured to restore the way I want to.

"I was told it would not be possible to find fabric the same material/colour and that the dress would crumble like pastry."

She then decided to make more alterations than she had first planned in order to still make the vintage dress work for her and revealed: "Thinking about making it strapless and adding volume to the skirt."

Meanwhile, one bride was mercilessly mocked for having the "worst tattoo ever" as she revealed giant emojis on her boobs.

Plus, one beauty fan was left mortified after applying fake tan in her hotel room overnight and waking up to it looking like a crime scene.

And, one woman became best friends with the girl her boyfriend was cheating on her with after spotting a photo on TikTok.