Cate Blanchett’s stylist explained why the actress decided to rewear the Esteban Cortázar look to the 2020 Venice Film Festival. 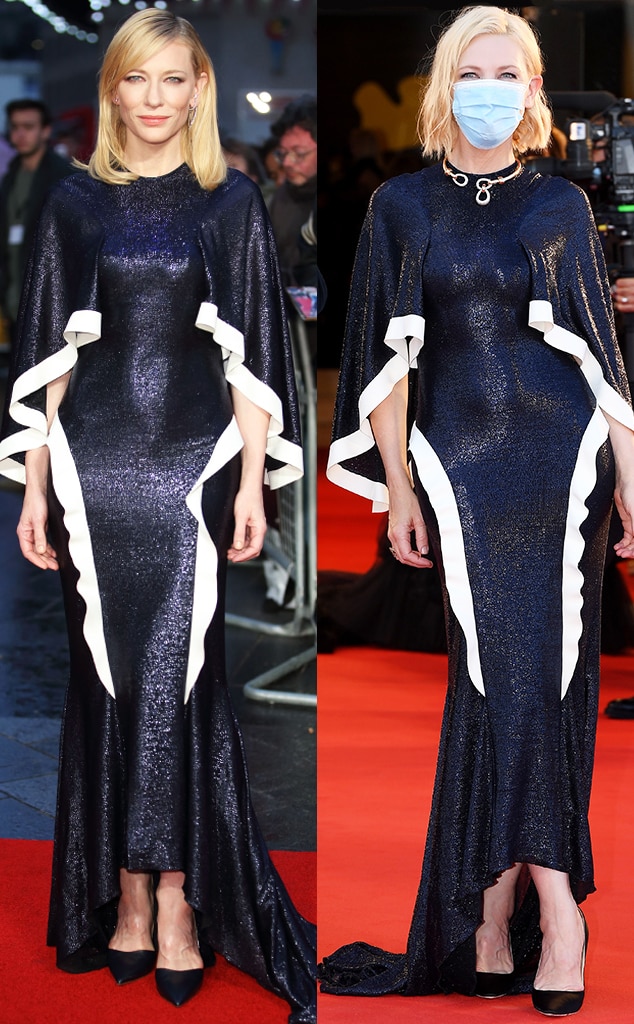 Some outfits are absolutely worth repeating.

In one of the first red carpet events since the coronavirus pandemic, Cate followed safety guidelines by sporting a face mask while she posed for photographers. As for her outfit for the evening, the 51-year-old actress sported a midnight blue gown by Esteban Cortázar.

If the dress looks familiar, you're certainly onto something. Cate wore the look to the BFI London Film Festival for the premiere of her film Carol back in 2015.

As for why the Hollywood star chose to repeat an outfit, her stylist Elizabeth Stewart was quick to explain on Instagram.

"IT'S CHIC TO REPEAT!" Elizabeth proclaimed on Sept. 2. "#CateBlanchett has decided to re-wear some of her most cherished looks at this year's Venice Film Festival, like this @estebancortazarofficial worn to tonight's opening that was first worn to a premiere in 2015. In her words, Beautiful things can come out of sustainability!"

Cate and Esteban have also come together to donate the look to the RAD at VENICE auction, which benefits Facing History and Ourselves and UN Women.

For pop culture fans who have missed out on red carpets, E! News has all the details on Cate's look. Hairstylist Roberto D'Antonio worked on Cate's bob while makeup artist Mary Greenwell deserved credit for completing the glamorous look.

"The face that could launch 1000 ships… as the saying goes!" Mary shared on Instagram while listing the products she used on her client. "Beautiful Cate."

In previous interviews, Cate teased her new approach to red carpets. In an interview with Women's Wear Daily, the Hollywood star explained her mindset when it comes to fashion and major events.

"I think there is incredible opportunity to reassess processes we've taken for granted that were dysfunctional and unsustainable," she explained. "There's a lot of connected industries that are associated with a festival like Venice—travel, tourism, the red carpet and what that means as a showcase for talent and ideas and it's a wonderful time to reinvent that."