A COUPLE has decided to wage war on their “crazy neighbour” who allegedly installed five security cameras pointing at their house – by putting up a large clothesline.

Megan, believed to be from the US, uploaded a TikTok video of her fiance climbing up a ladder to hang sheets on the line apparently to block their neighbour’s view. 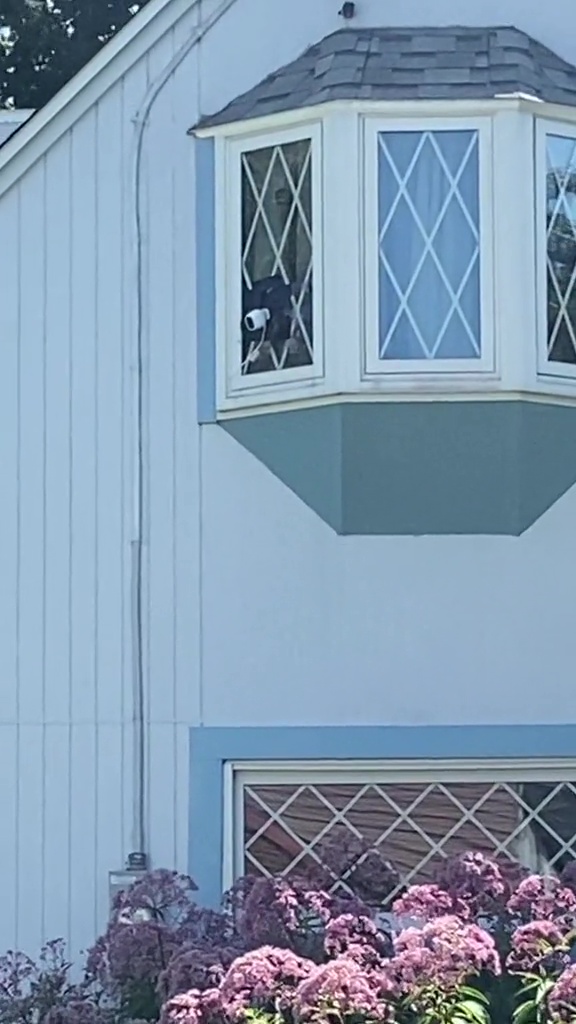 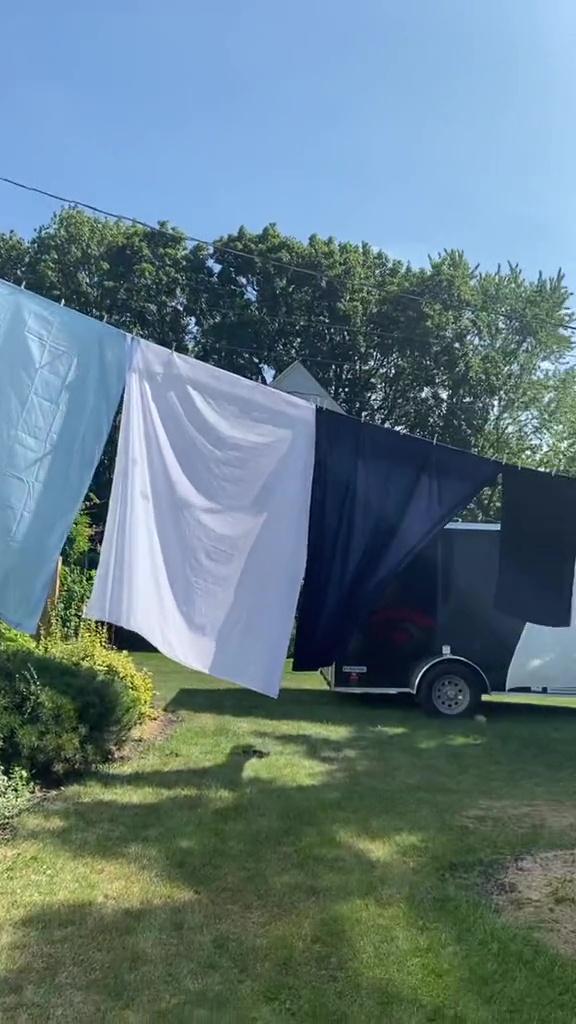 Megan captioned the video: “When your crazy neighbour has five cameras pointed at your front door/driveway… you put up a clothesline.”

She showed off the completed laundry line in another video, and wrote: “The final product!"

Megan alleged that: “She called the police and they laughed.”

In another clip, she zoomed in on the five cameras, which she claims face her property.

Her video has racked up over 2.3million views, and led to thousands commenting on the neighbour’s alleged invasion of privacy.

One said: “I do not understand how people are allowed to do this!”

Another added: “'I bet she sits and watched all day long bc she has nothing better to do with her sad life.”

A third wrote: “Wooo! Calls the cops: the neighbours are hanging up laundry…LAUNDRY!!!”

The neighbour dispute didn’t end there though, as Megan later posted another video the next day which documented an alarm going off while she was in the garden with her dog.

Megan claims: “She was setting off an alarm every time I let my dogs out in a fenced yard…” 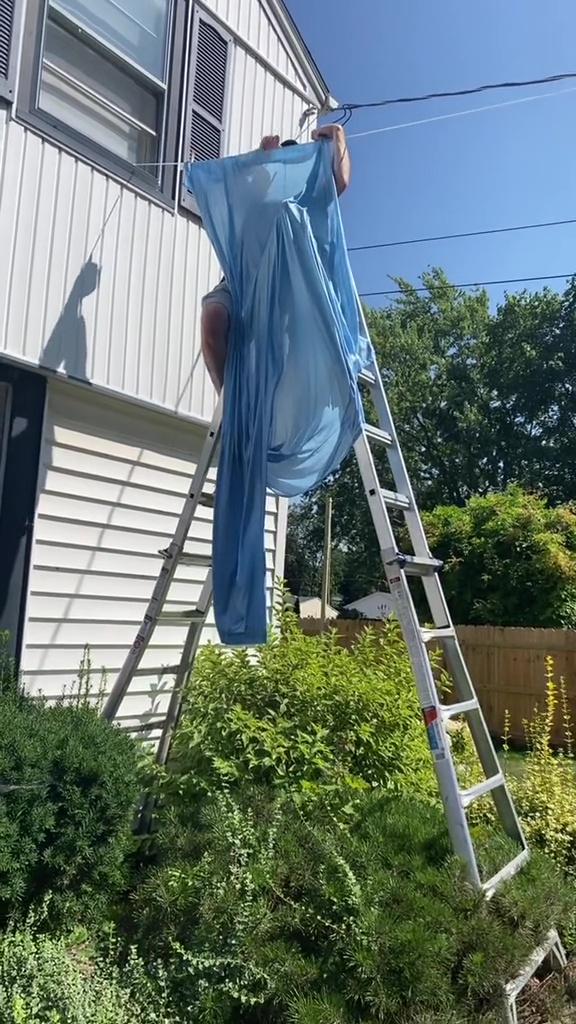 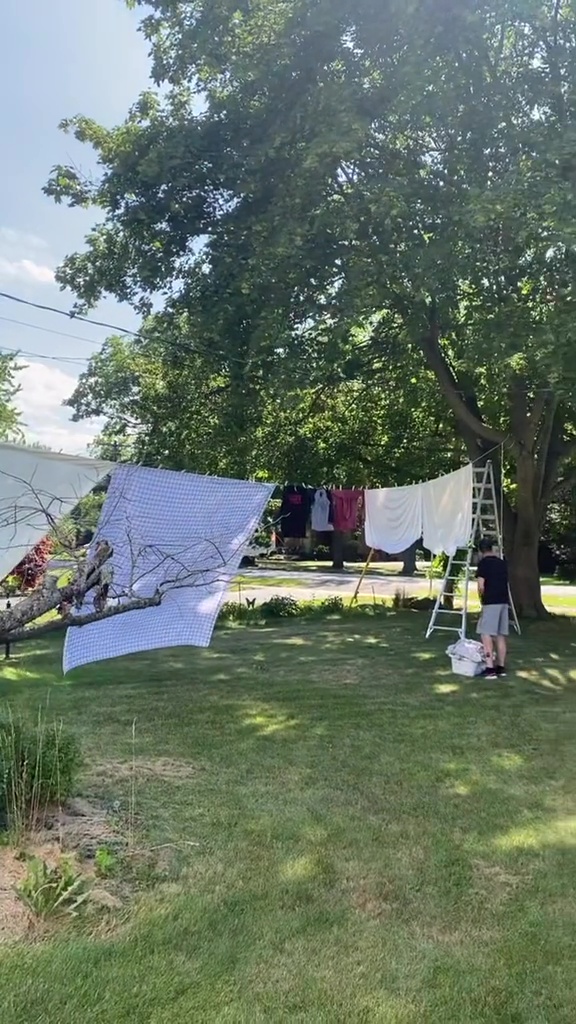 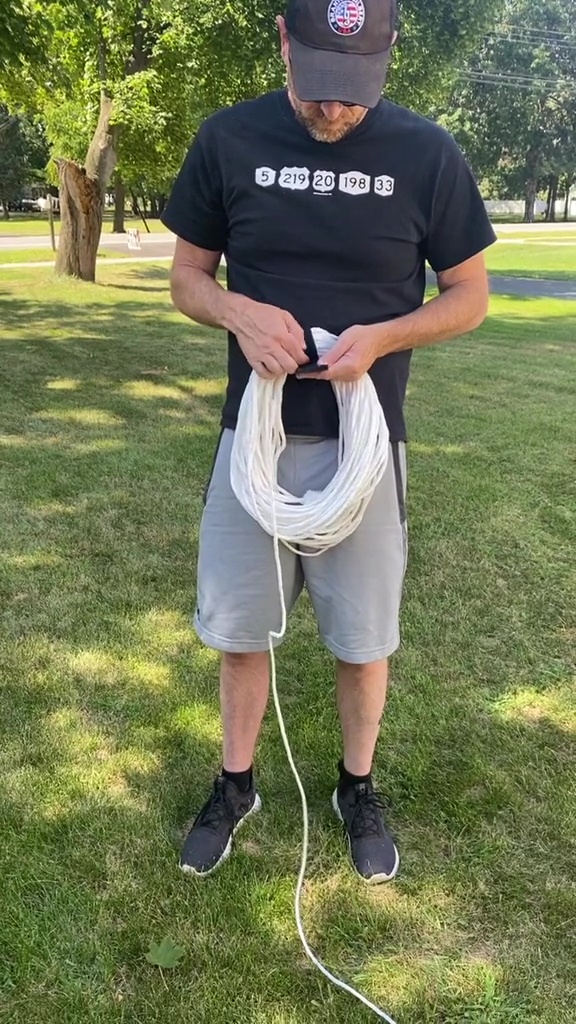 Meanwhile, this is the dramatic moment warring neighbours come face to face and SCREAM at each other in a row over a tiny 8 sq m patch of land.