IT'S not everyday you return to your car and find a note left by a friend or stranger reminding you to wash your dirty car – but one woman got that and much more.

The woman was left devastated after finding a brutal message from a neighbour telling her to dump her boyfriend because she'd just had sex with him. 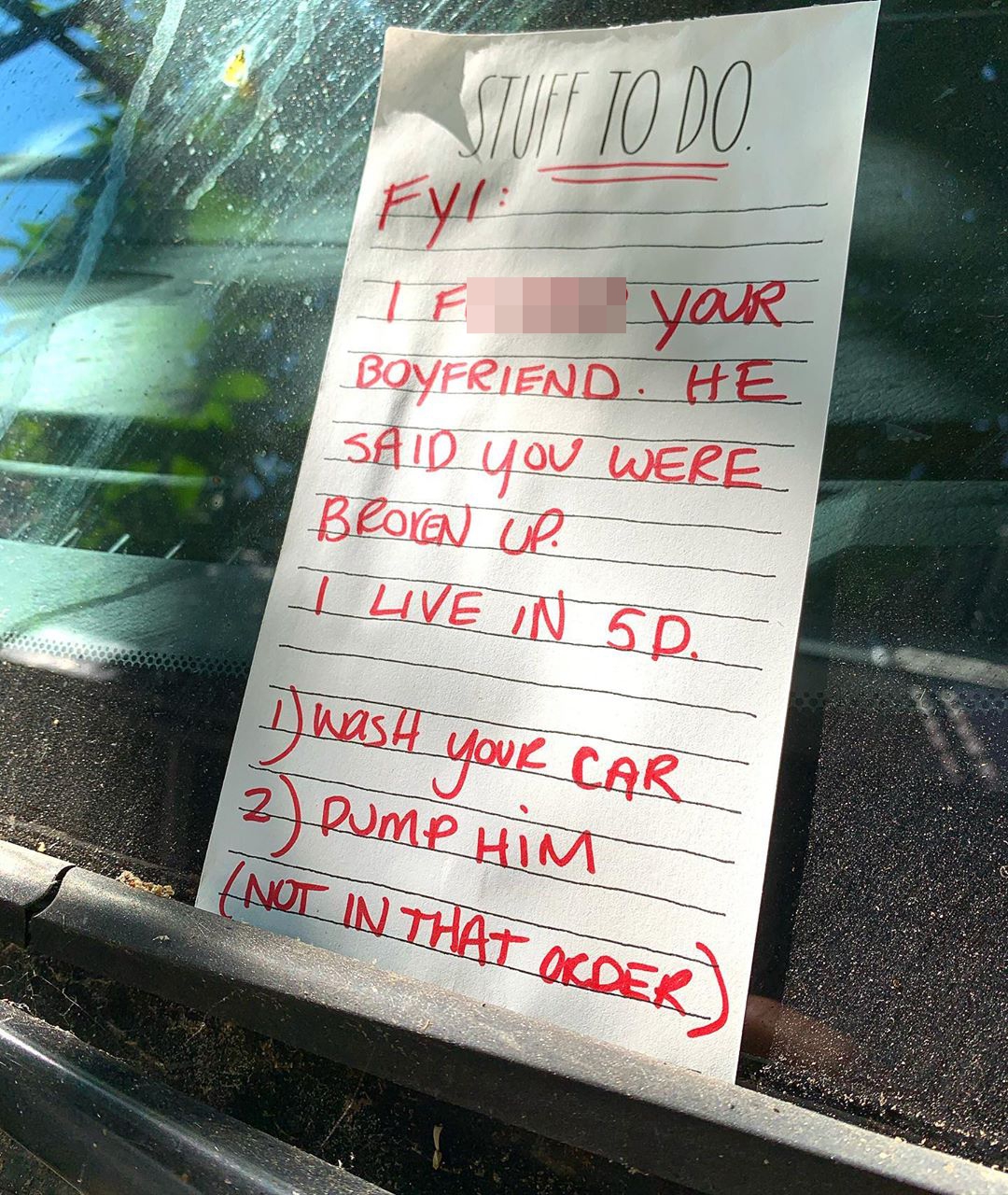 The handwritten note was tucked under the windscreen wipers of her car, and appears to be written by a woman who lives in the same apartment block.

Not only did the woman comment on the grubby state of the car, but she also confessed to the dirty deed in the most brutal and honest way.

The note read: "FYI I f**ked your boyfriend. He said you were broken up. I live in 5D.

A photo of the honest note was shared on Instagram on the popular American account Neighbors From Hell – and has since gone viral.

But rather than shaming the neighbour for sleeping with the woman's boyfriend, many people have praised her for doing the right thing by telling her.

One person replied: "This is actually a good neighbor."

Another said: "Honestly I'd buy her a drink."

"I sure wouldn’t have said where I live ha," a third wrote.

Honestly I'd buy her a drink.

And a fourth added: "I’d appreciate the tip about the cheating boyfriend but mind your business about my car."

A another chimed in: "Damn! At least she was honest."

Others thought the person who left the message could have been "kinder" in her approach,as it's never easy finding out that your partner's been cheating on you.

While it's not known if the woman took her neighbour's advice, we can definitely assume the boyfriend was in for a much needed wake up call.

For more relationship news, a bloke reveals why you should never ask "what are you looking for" while online dating and how it’s an instant turn off.

Plus, a woman warns you should AVOID "5ft 10ins guys" on dating apps… and they’re just one group she steers clear of.

And a bloke was banned from Tinder for catfishing… and it was all because of a bizarre Baby Yoda photo.