YOU'LL be ready to go, go in this bizarre outfit.

Fashion Nova has done it again, releasing a baffling outfit which people say looks like it belongs on the hanger of a fancy dress shop. 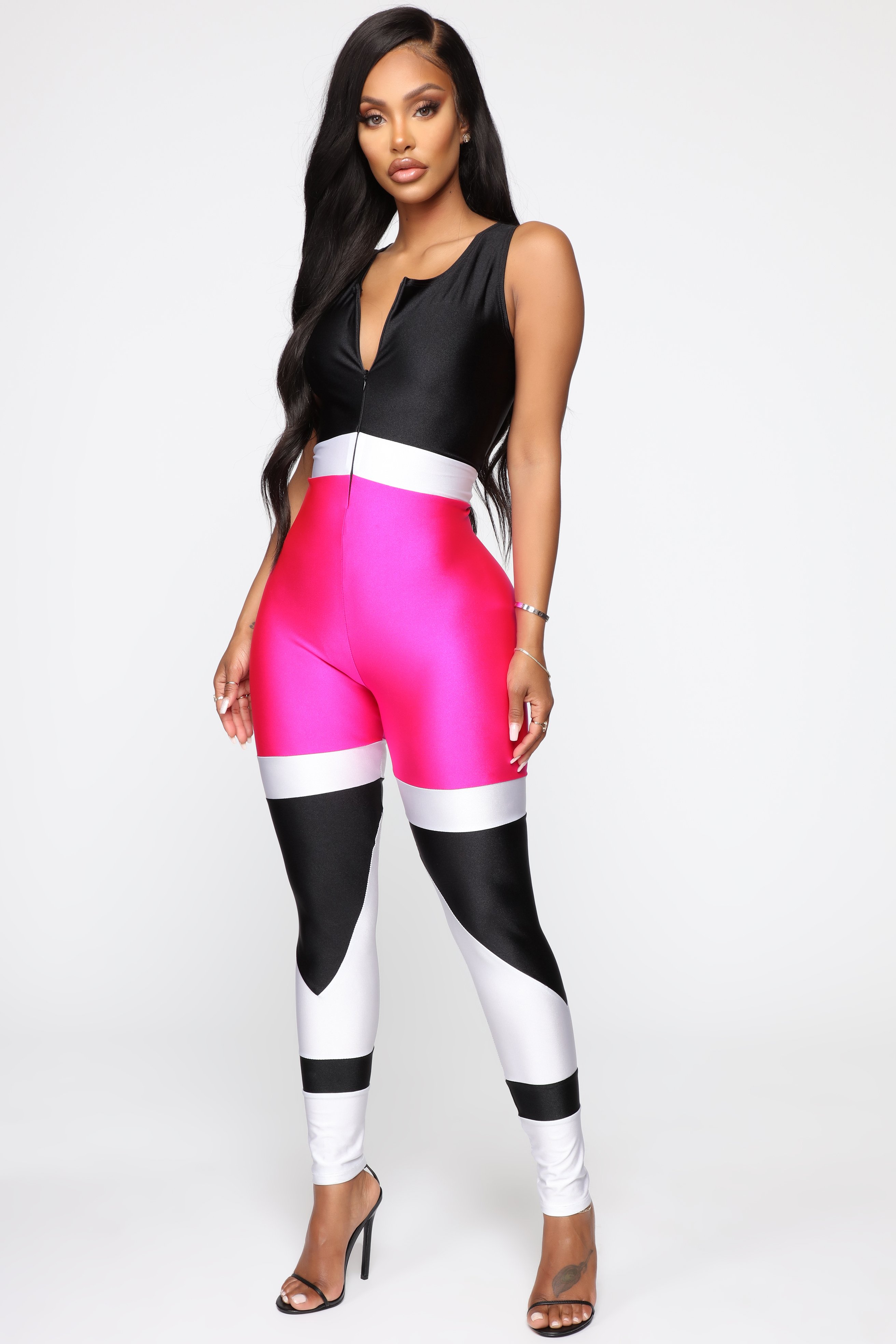 Fashion Nova said of the outfit: "Pops Of Pink Never Hurt No One."

But Instagram commentator Sammy said: "Hahaha is there a new Power Ranger Movie?"

Still, some people liked it with one fan writing: "So bold and beautiful." 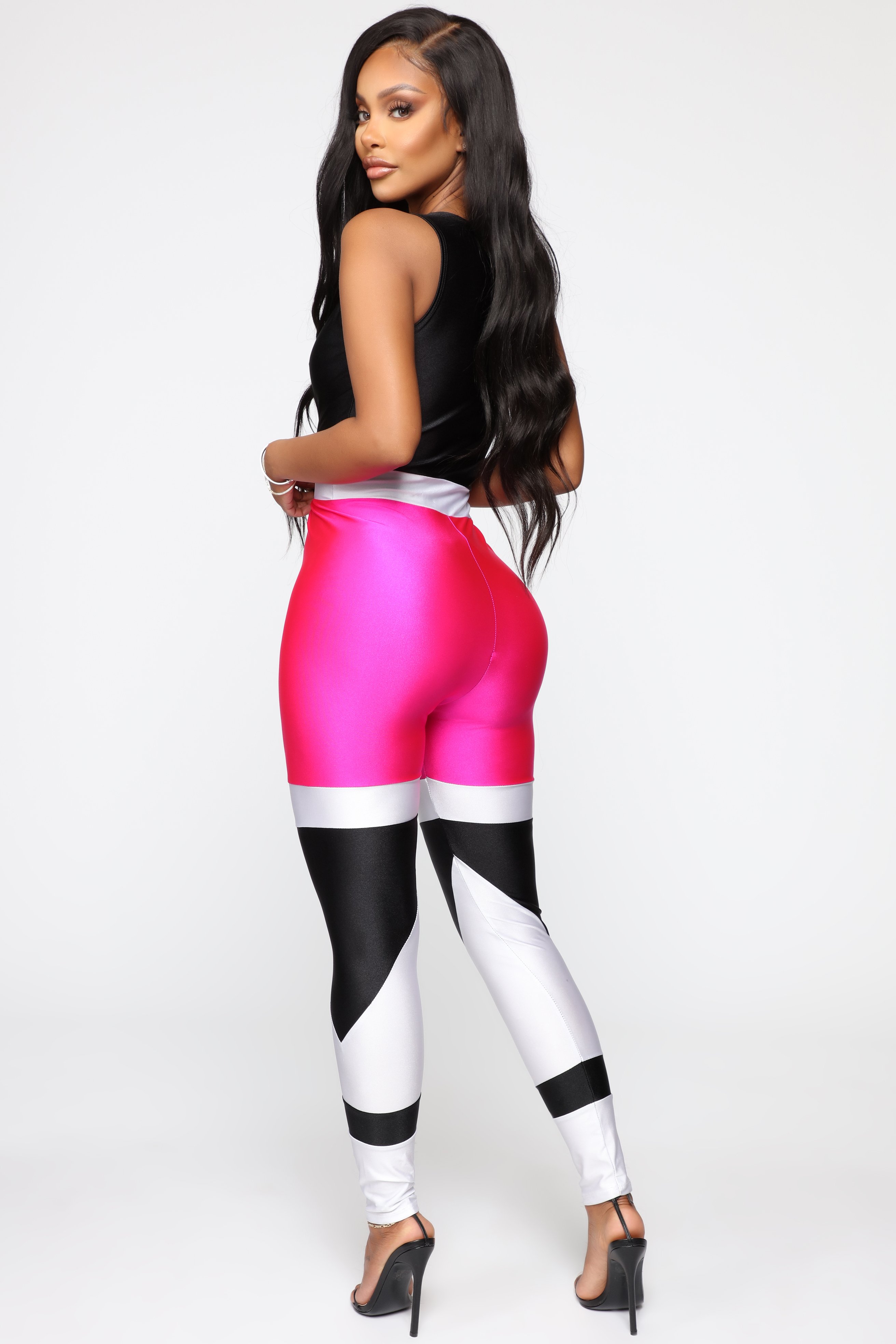 The £35 outfit, which has a zip front, is 92 percent nylon – so stay away from any naked flames.

Meanwhile yesterday we revealed Fashion Nova had released a baffling buckle-up playsuit which looks like something Lara Croft would have worn if she had appeared in The Matrix.

Along with a buckle-up waistband and bra, this extremely revealing playsuit even has random cut outs on the thighs and stomach.

Not to mention the zip up detail around the neck and angular sunnies which wouldn't look out of place in Neo's wardrobe. 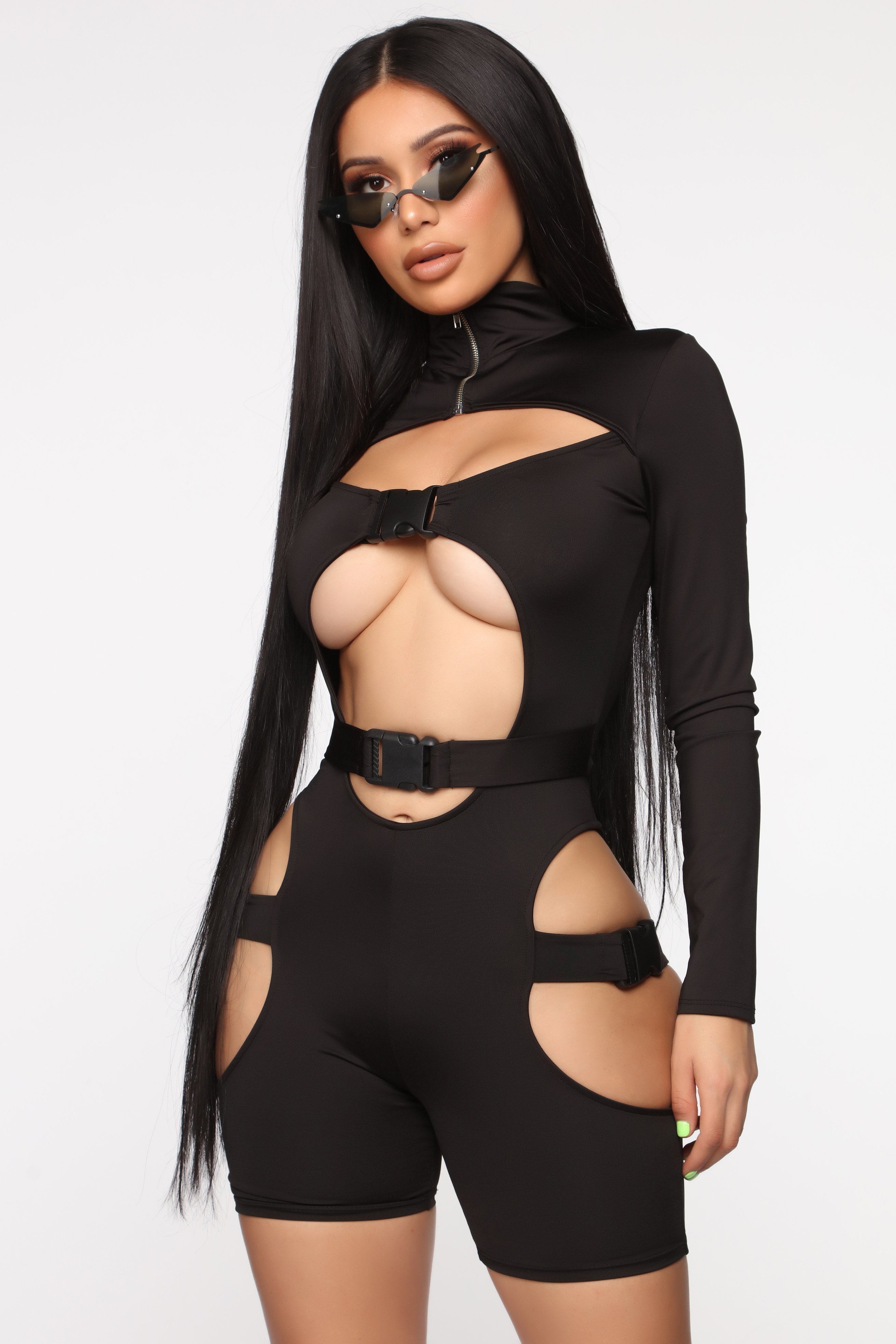 See-through swimwear is another racy trend on the rise, and celebrities including Amber Davies, Olivia Buckland and Kate Wright are loving it.

ASOS is selling these bizarre studded platforms for £129.

And take a look at PrettyLittleThing's £60 "extreme nude" sequin dress… you can’t wear a bra OR knickers with it.