PRINCE WILLIAM and his wife Kate showed the strength of their bond today while they watched the Wimbledon women's finals, according to a body language expert.

The relaxed couple laughed and flirted while enjoying the tennis but their body language indicated that the pair were most interested in each other. 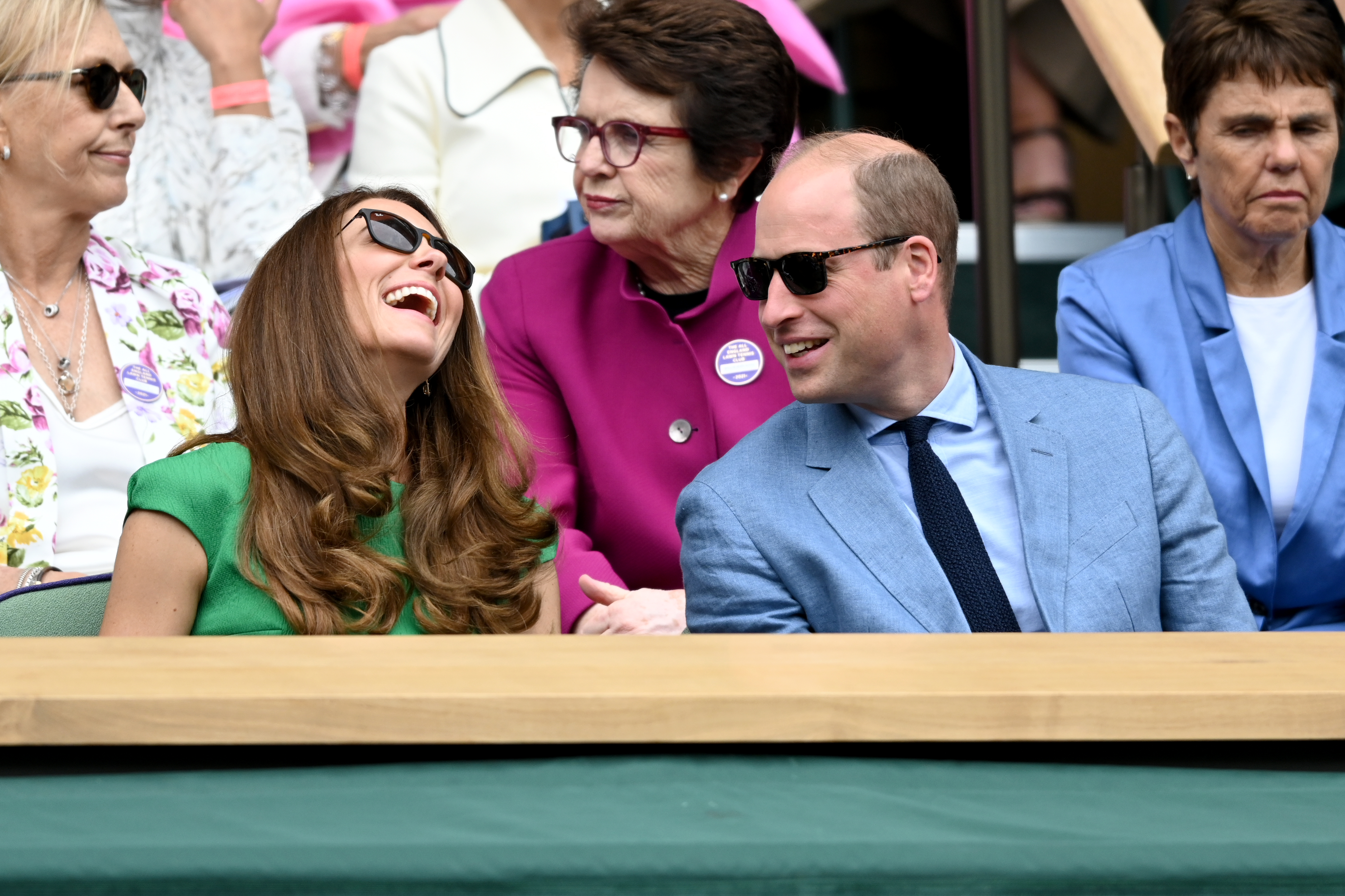 Expert Judi James told Fabulous, that the Duke and Duchess of Cambridge clearly showed the strength of their connection court-side today.

She said: "We know they are in love and we know they share a sense of humour, but the body language between William and Kate here takes that combination of existing bonds and raises them to a whole new level.

"The shared joke is obvious here but it’s Kate’s 'overkill' response that suggests she is using the laughter to perform some industrial-strength flirt signals.

"As well as flattering William and prompting him to pay her more attention than any action out on court." 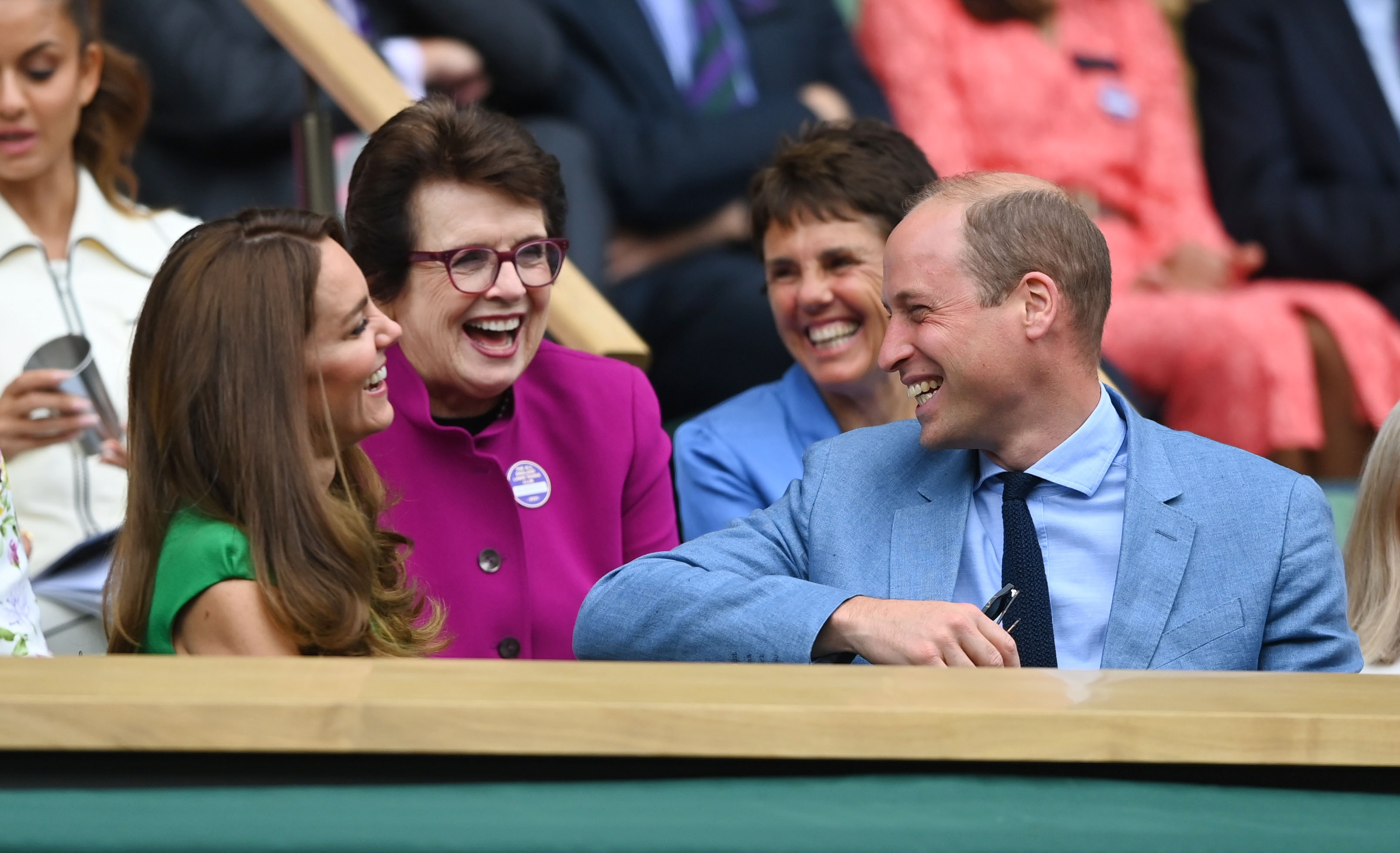 Judi explained that William's attentions seemed to be more on his wife than on the players.

She said:"His hands might be clapping the players but his eye-attention is fixed firmly on his wife here with his head turned fully in her direction and the angle of his shoulders signalling a desire for proximity.

"His raised cheeks; the muscle puckering at the corner of his upper lip and the deep creasing at the dimple area of the cheek all suggest he his sharing a joke that might just be a bit naughty. 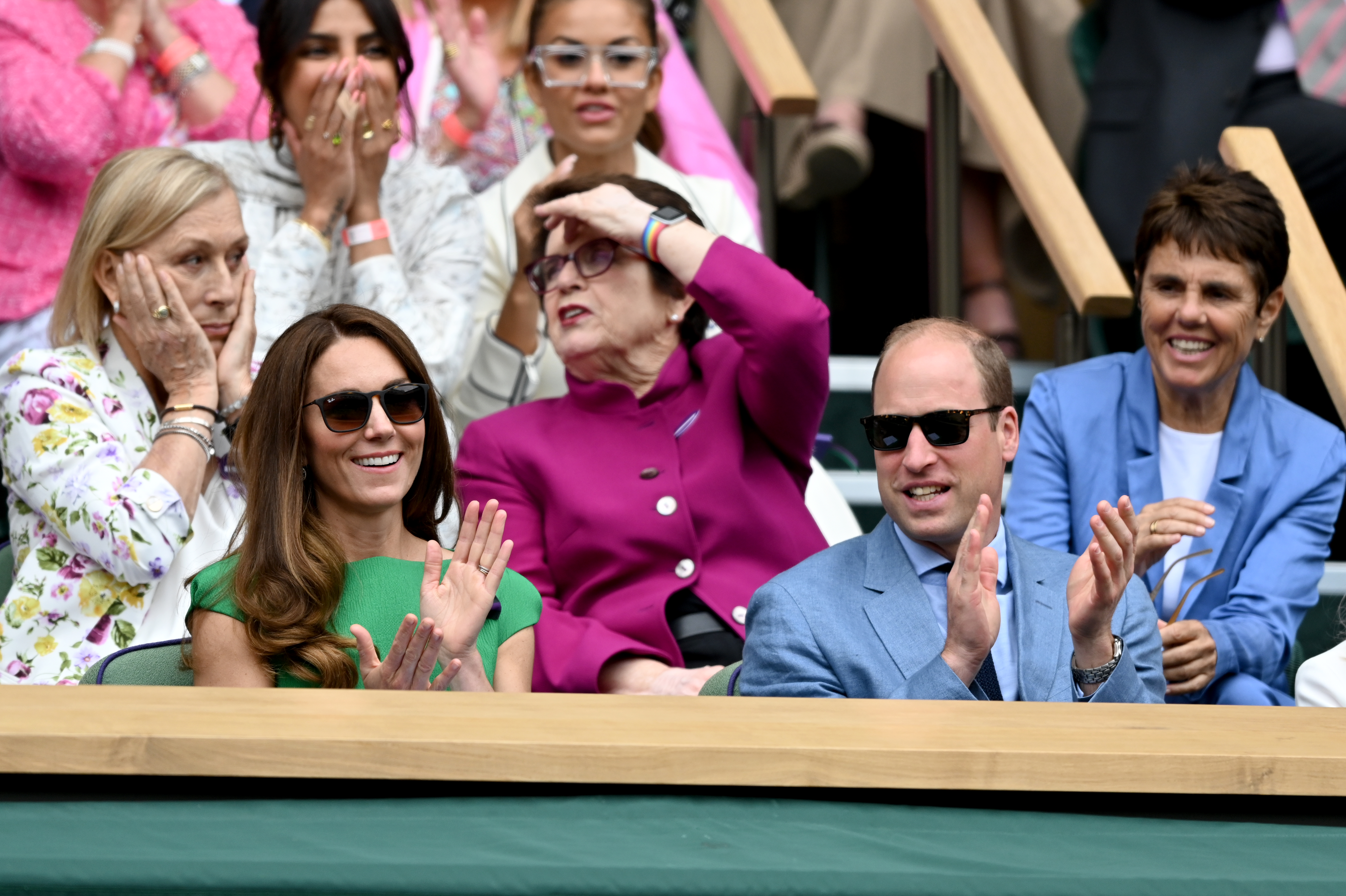 "Hence the upper lip puckering to create furtive rather than open laughter signals."

She said: "Kate’s eyes are fixed on William’s in what looks like an intimate gaze and her smile looks equally naughty.

"Her a widening of the lips to display the upper teeth and some actual dimpling of the cheeks to suggest delight at his comments. 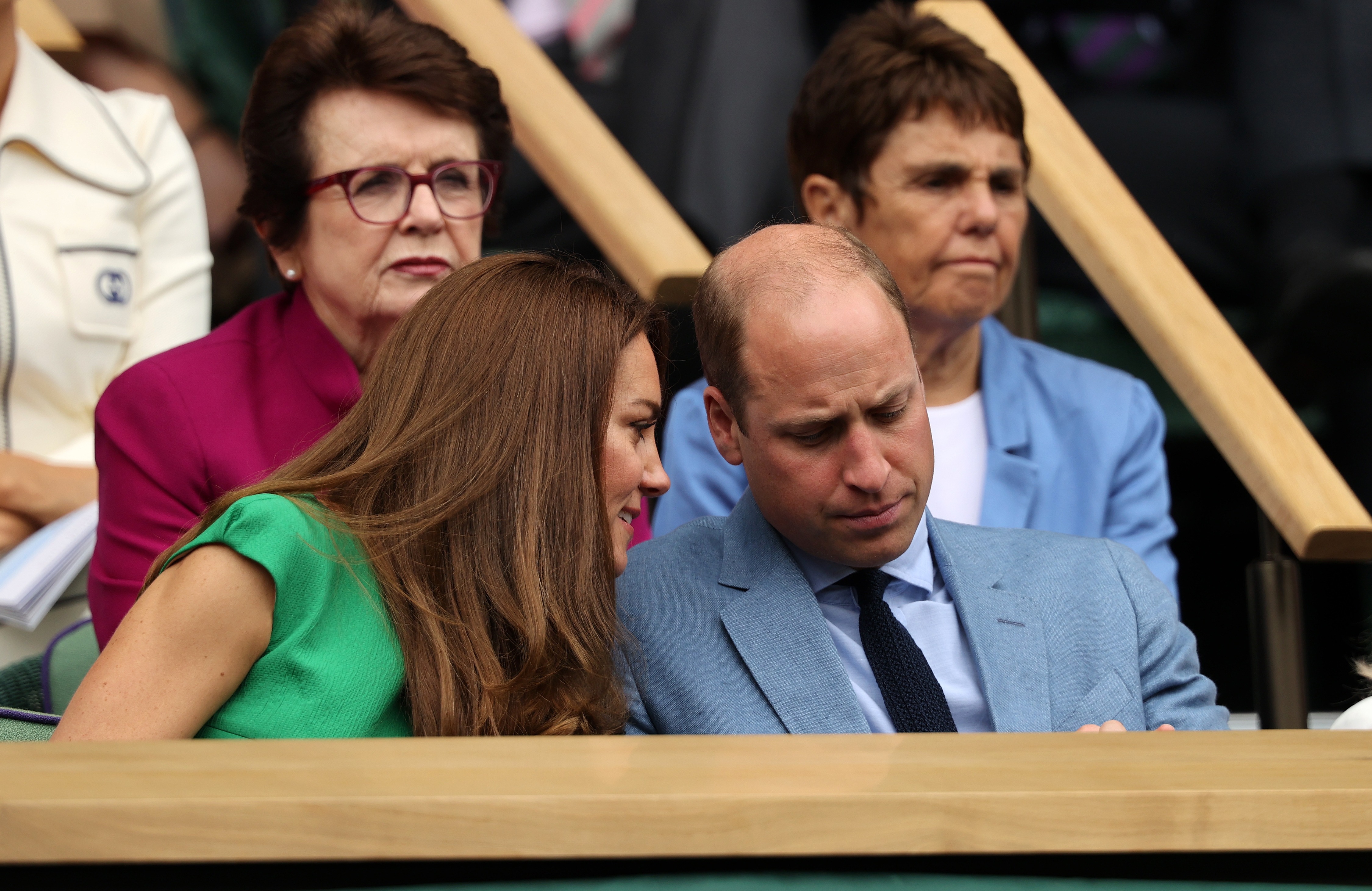 "Kate’s response to William’s joke is to throw her head right back to laugh. This exaggerated response of what looks like out of control laughter is a hugely flattering gesture to the person telling the joke.

"It also means Kate gets to bare the full length of her neck to William, which is usually seen as a very flirtatious gesture that suggests openness as well as trust.

"As he leans in closer we can see his upper teeth projecting slightly, letting us know he is delighted to be getting his wife to the stage of uncontrollable laughter at this very public event."

Princes William & Harry were "relaxed in moment of unity" as they chatted at Philip’s funeral, a body language expert said.

And this is the adorable nickname Prince Philip’s mum used in loving letters to the Duke revealed – and it will melt your heart.