A GROOM has been slammed for his grubby fingernails on his wedding day, with women saying there’s "no way they’d let those fingers touch them."

Taking to a wedding shaming group a member shared a close up snap of the bride and groom’s hands placed on top of her bouquet. 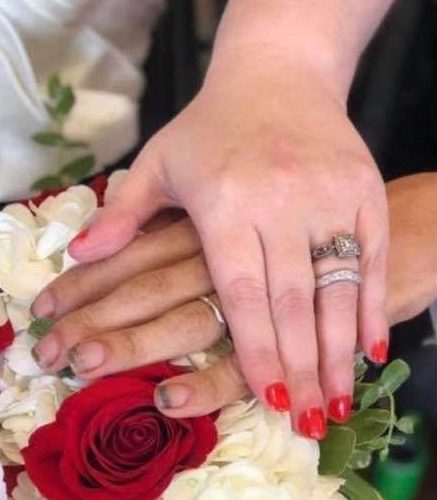 While the bride’s nails are perfectly manicured in a red coat that matches her flowers, the groom displays some seriously dirty fingers, with dirt caked under his nails.

Captioning the snap the anonymous Facebook user wrote: “Found on a ring shaming group but those nails need talking about.” 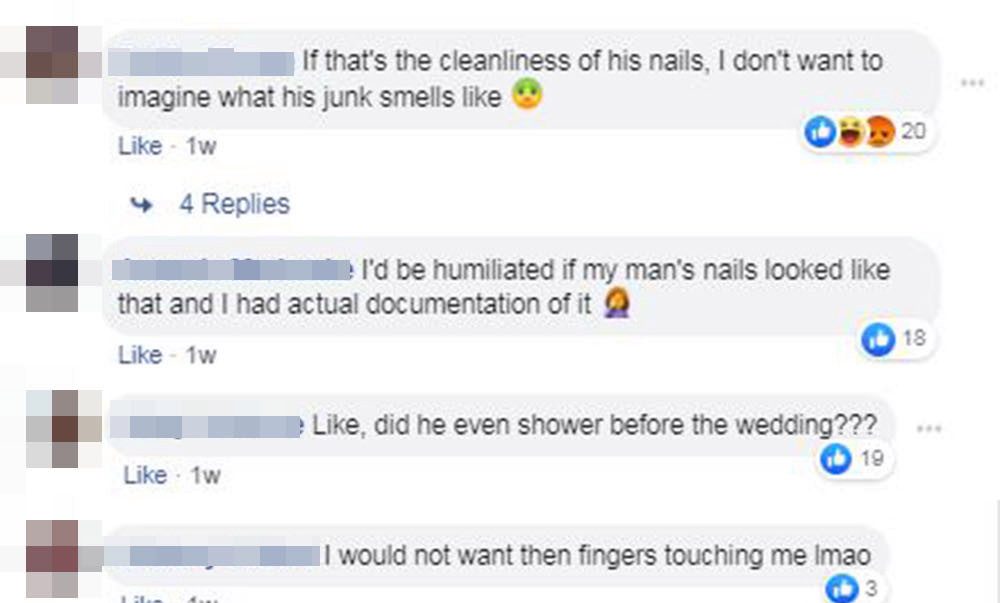 And it seems that fellow group members had a lot to talk about, with many questioning whether the groom had even showered before his big day.

Commenting on the post one wrote: “If that’s the cleanliness of his nails, I don’t want to imagine what his junk smells like.”

Another agreed adding: “I’d be humiliated if my man’s nails looked like that and I had actual documentation of it.”

“Like, did he even shower before the wedding?” said a third, with another commenting “I would not want those fingers touching me.”

The Facebook group is the largest of the wedding shaming variety boasting over 54,000 members worldwide.

You can critique dresses, decorations and of course, dramatic brides who are kindly dubbed “bridezillas”.

There’s even categories for your posts where you can file your rant under popular tags such as “cringe”, “tacky family” and “f***ing yikes”.

In other wedding news, a woman planned a fake wedding for her best friend, before turning up in a white gown and proposing to her unsuspecting boyfriend and marrying him.

And this elderly guest caused panic after she walked straight into a swimming pool in the middle of the reception.

Meanwhile this bride was forced to quit her job after her boss refused to give her time off for her own wedding.