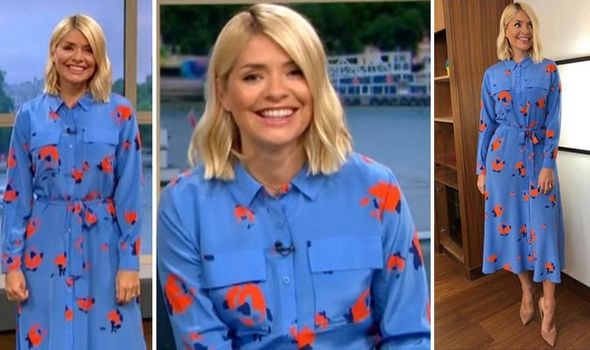 Holly Willoughby continued to show off her trim waistline on ITV This Morning earlier today. The bubbly blonde opted for another floral print dress to see out her last show of the week. Opting for a cornflower blue shirt dress with red floral print the star stunned as she presented Thursday’s show. The morning TV presenter looked relaxed backstage as she took to Instagram to post a style snap of herself pre show to her 5.4 million followers.

Holly started the week in blue to celebrate the announcement that the Duke and Duchess of Sussex had given birth to a boy.

The star continued the celebration today in another blue frock.

The mum of three opted for a blue shirt dress with red floral print from high street retailer Whistles.

The dress which is available now costs £299.

While Holly did not tag her shoes in today’s post they are likely to be her favourite flesh toned Gianvito Rossi heels which would set fans back £510. 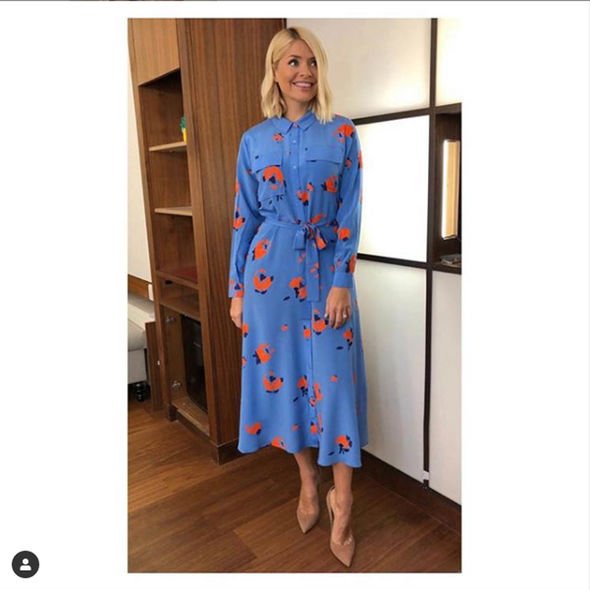 Holly has had a busy week of presenting duties.

Although Holly is part of the presenting duo for This Morning, alongside Phillip Schofield, the star also is a team captain on Celebrity Juice.

Holly posted a selfie snap with her team for the week which consisted of Jimmy Carr and Anita Rani.

Holly also posted a picture of herself backstage in her Celebrity Juice outfit. 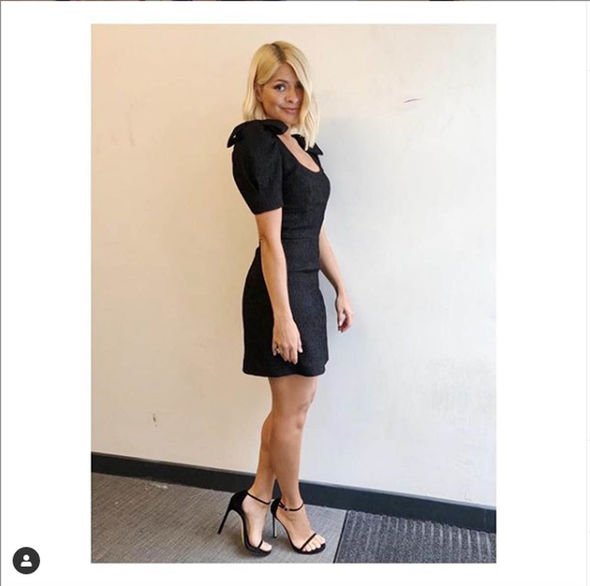 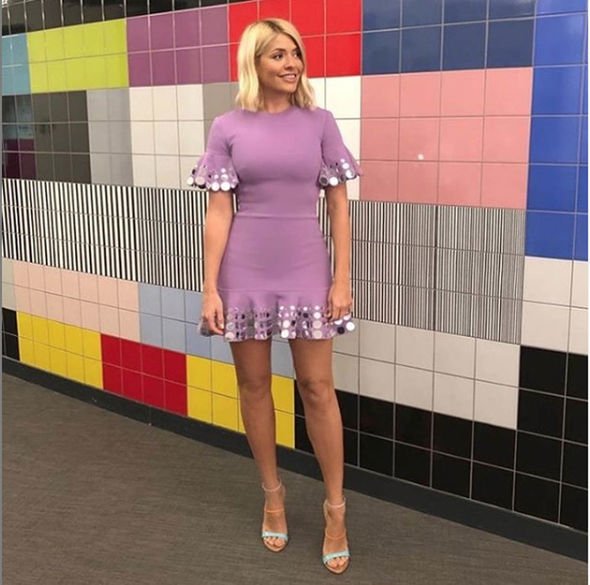 This Morning host Holly Willoughby is known for her figure-hugging pencil skirts and elegant fashion. Take a look at her best outfits from the show.

And Holly’s week did not stop there, it appeared that the star filmed two episodes of Celebrity Juice, as Holly last night revealed they were filming the final episode of the series.

Clearly celebrating the fact that her schedule was now a little bit lighter the presenter posted a sweet boomerang of herself backstage.

Celebrating in style the stunning star showed off her endless pins and toned figure in a lilac body con dress by David Koma.

The designer dress by London Fashion Week designer David Koma is testament to the style icon she has become.

This article contains affiliate links, which means we may receive a commission on any sales of products or services we write about. This article was written completely independently, see more details here.