A BRIDE has revealed how she decided to ditch her expensive £11,000 wedding and instead have four honeymoons.

TikTok user @luxexperiences uploaded a video sharing how she cancelled the wedding and then got married three hours later in a random £37 white dress. 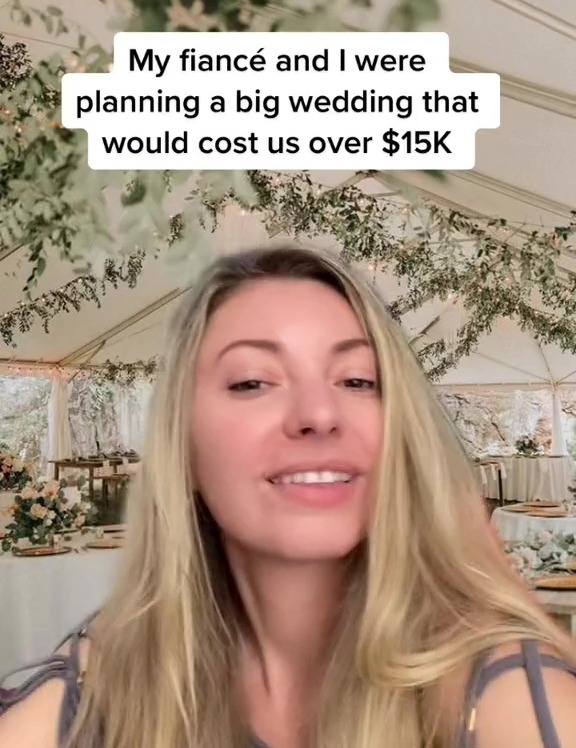 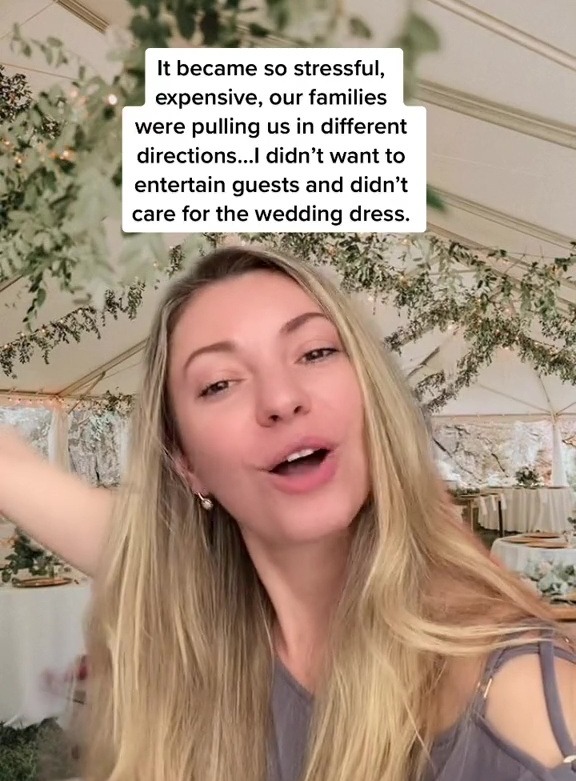 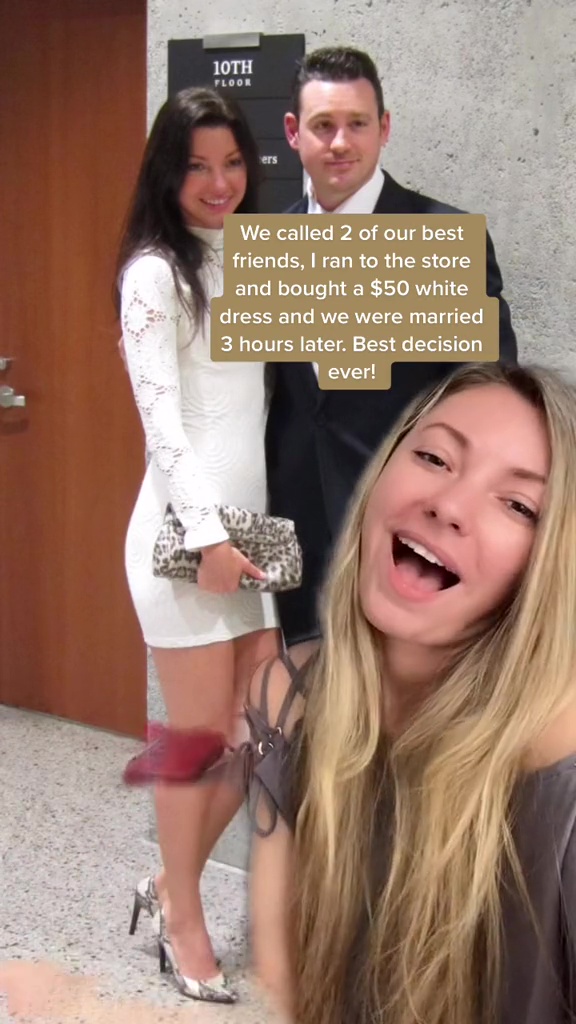 Bride Yulia wrote: “My fiance and I were planning a big wedding that would cost us over $15k (£11k).

“It became so stressful, expensive and our families were pulling us in different directions.

“I didn’t want to entertain guests and I didn’t care for the wedding dress.

“One day we woke up and decided to get married that same day without anyone there and cancel our big wedding in nine months.

“We called 2 of our best friends, I ran to the store and bought a $50 (£37) white dress and we were married three hours later.”

Yulia said it was the “best decision ever” and revealed she instead “took our wedding money and booked four honeymoons instead.”

She explained how she travelled to Greece, Italy, Hawaii and Morocco and saved herself the stress of planning a big event.

Her video has racked up 1.8million views, and many people praised her idea.

One said: “See doesn’t this make more sense instead of entertaining people who are just gonna eat your food and judge.”

Another agreed saying: “Weddings give me anxiety so it’s a no for me.”

A third said: “Weddings are a waste of money.” 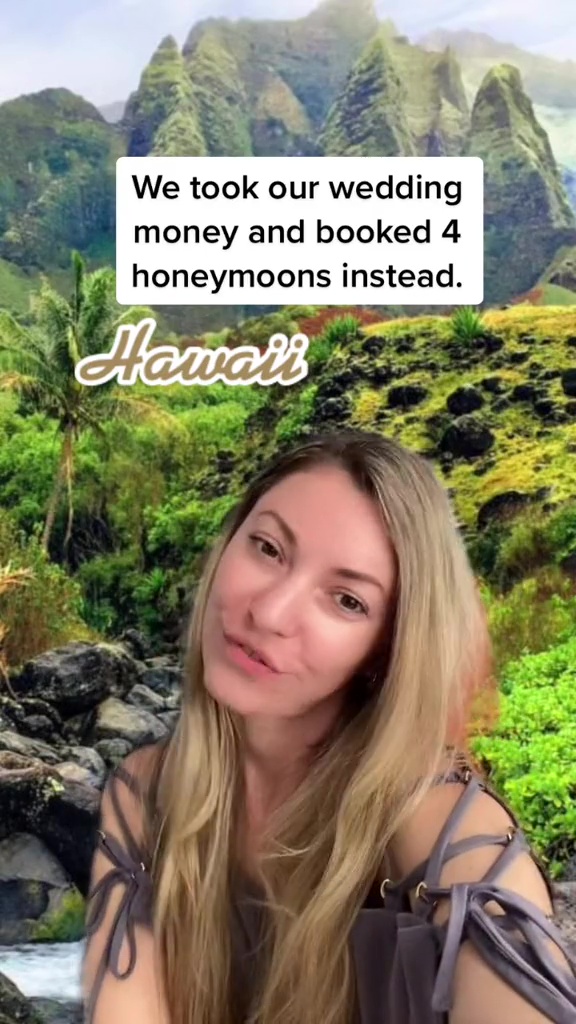 We shared ow a cheeky bride was slammed for asking strangers to pay for her wedding by putting her details on her car.

In other wedding news, a bride was shocked as the "worst mother-in-law ever" said she was wearing an ACTUAL wedding dress to her son’s big day.

And this bride was dumped a DAY after her wedding, when her "jealous" mother-in-law made her husband choose between them.