THINK soap operas are a bad habit? Meet the Corrie superfan who turned a love for the cobbles into a successful podcasting career.

Gemma Cox, 38, a magazine editor, lives in Southampton with her husband Michael Dodson, 37, a teacher. 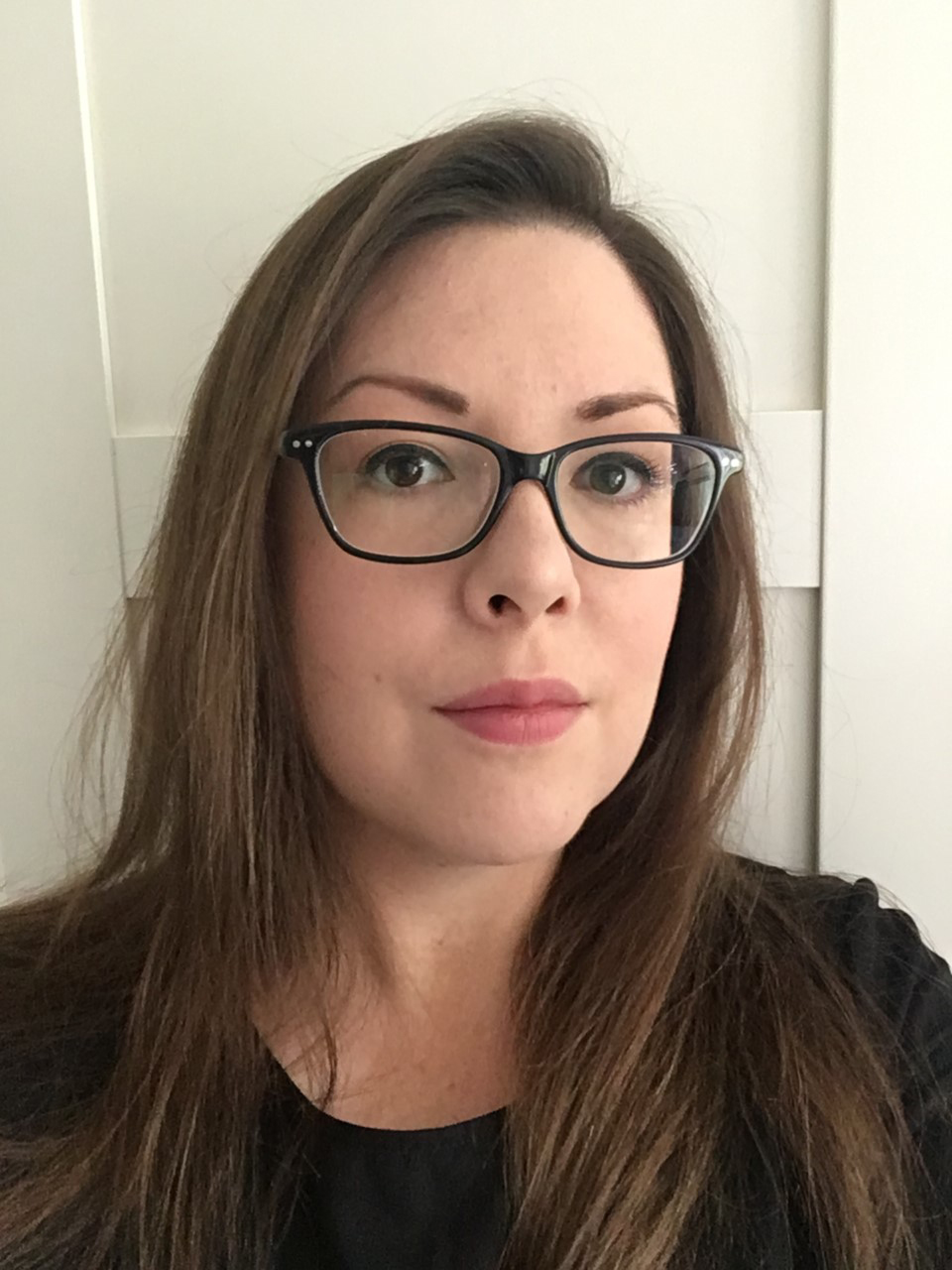 “Dressed up and feeling so excited, I clapped furiously as Coronation Street bagged the biggest trophy of the night at the British Soap Awards in 2018.

I couldn’t believe I was in the audience as my favourite Corrie actors Sally Ann Matthews, Georgia Taylor and Charlie de Melo piled on to the stage. As the ultimate Corrie fan, I had to pinch myself.

Growing up, I would sit down to watch every episode of the soap with my family – including my grandad Don, who loved it. Every time the theme tune started, I’d feel happiness wash over me.

But after Grandad died suddenly when I was eight, I couldn’t bear to watch it any more – the memories were too painful. 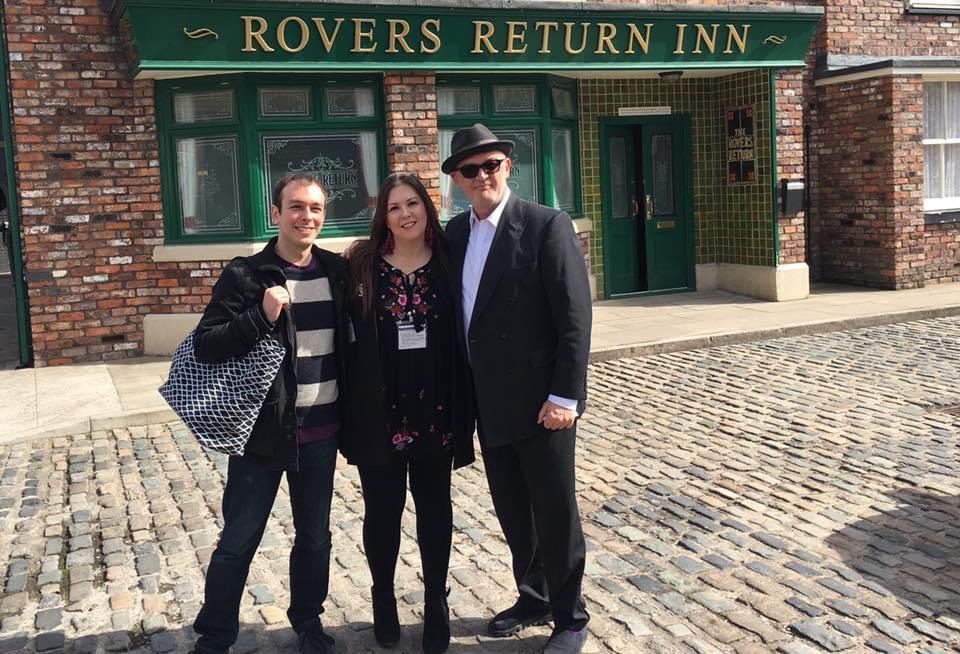 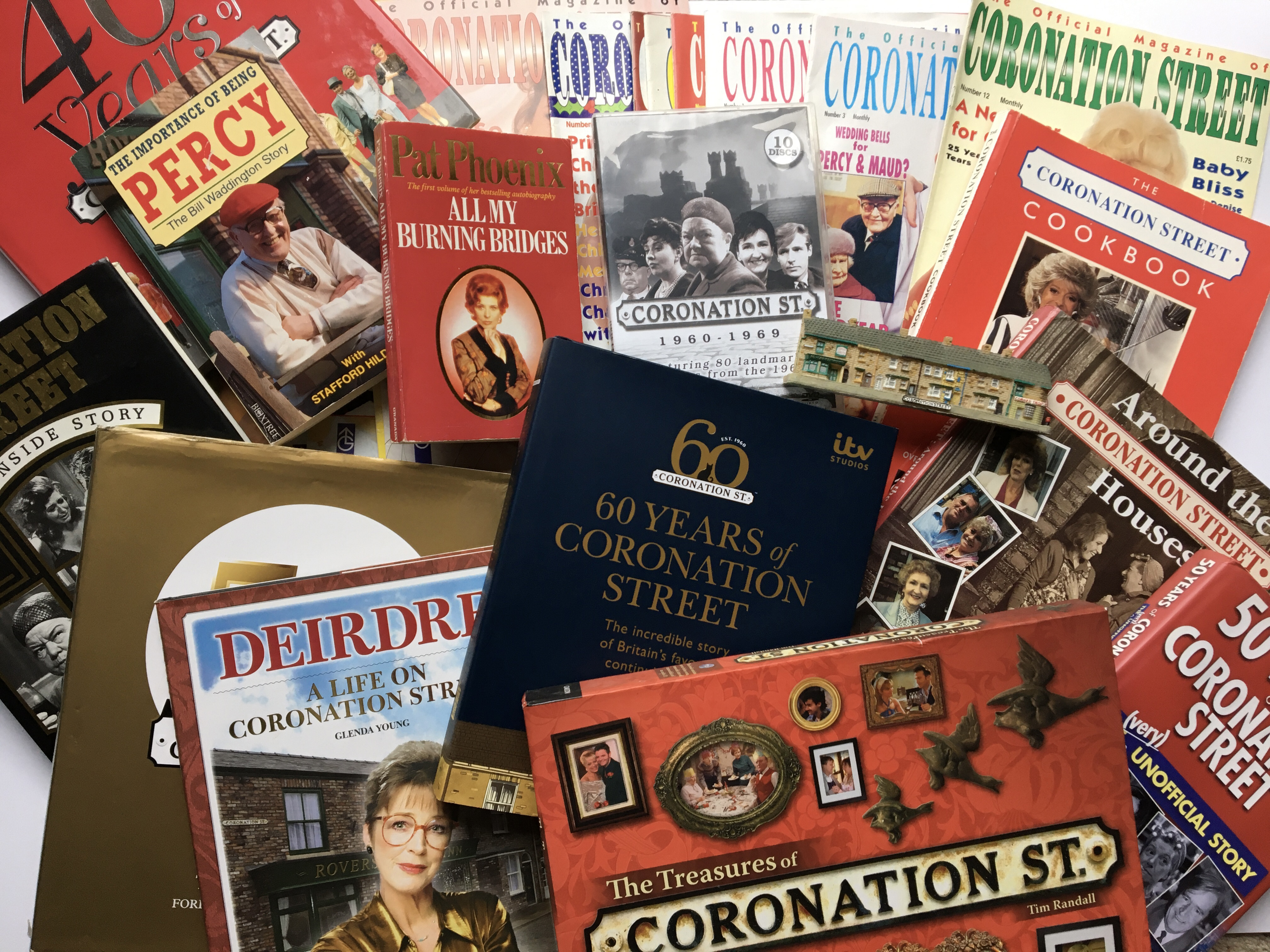 By the time I went to study English at the University of Southampton in October 2001, I hadn’t seen an episode in more than a decade. Then I met Michael, who lived in the same student halls. He was obsessed with Coronation Street, which I found endearing.

We started dating, and we’d often watch Corrie together. Suddenly, I remembered how good it was – Becky McDonald (played by Katherine Kelly) soon became a favourite character – and it brought back happy memories of crowding round the TV with Grandad.

Over the years we watched avidly, and in August 2012, two years after we got married, we decided that it would be a laugh to launch a podcast called Conversation Street in our spare time.

With no fancy equipment, we just recorded it over four hours a week on our iPhones, and set up a Twitter account to live-tweet the episodes. 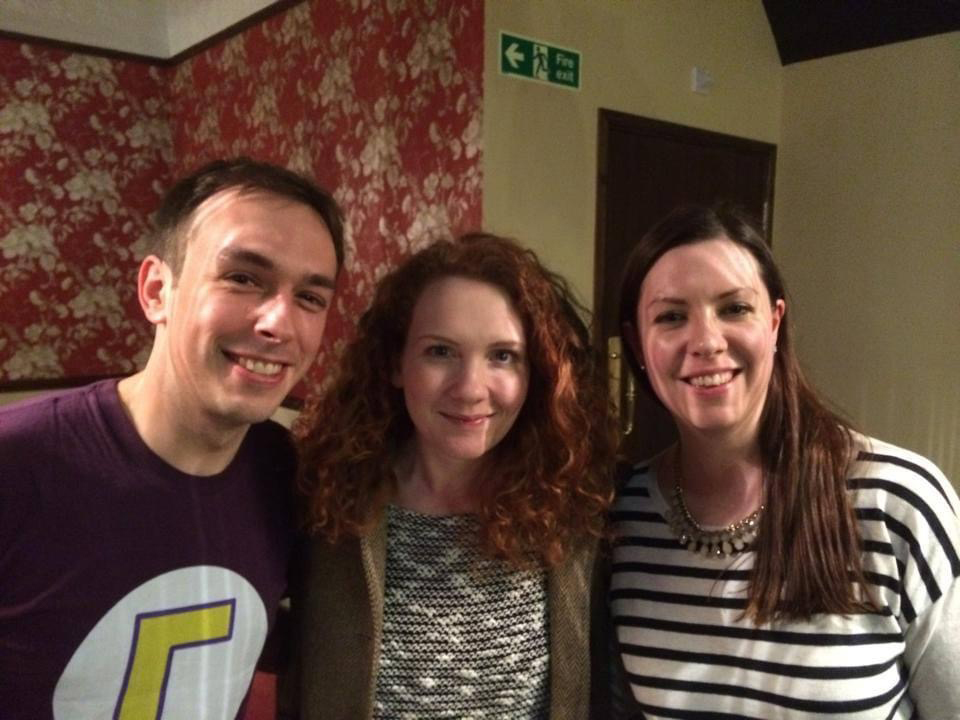 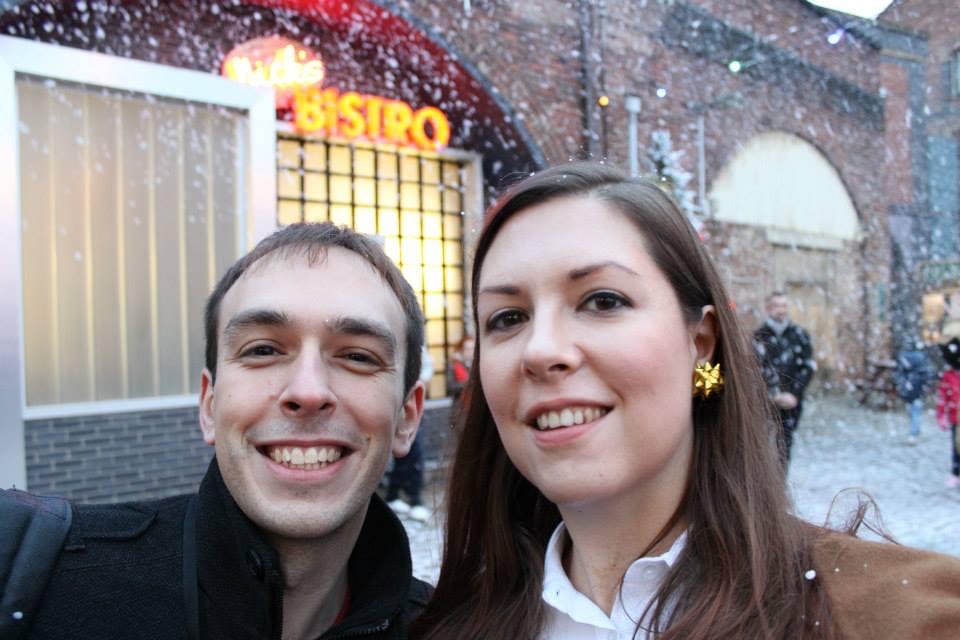 Fans would appear on the podcast talking about the storylines, we’d do quizzes and Michael would discuss news about the cast. After a year, we had around 1,000 listeners.

In April 2014, we visited the set in Manchester, as it had always been a dream for both of us. Walking the cobbled streets I was open-mouthed – it was magical.

As the podcast grew, some of the cast members got wind of it, and we were elated when in 2015 Sally Ann Matthews, who plays Jenny, agreed to guest star. Other actors, such as Connor McIntyre (who played Pat Phelan) and Charlie de Melo (Imran Habeeb) followed. We always felt very star-struck.

We’d avidly watch The British Soap Awards each year, so in February 2018 when tickets were released to the public, we snapped some up. The night was a whirlwind of spotting cast members and pinching ourselves. Sally Ann recognised me and waved, which made my night. 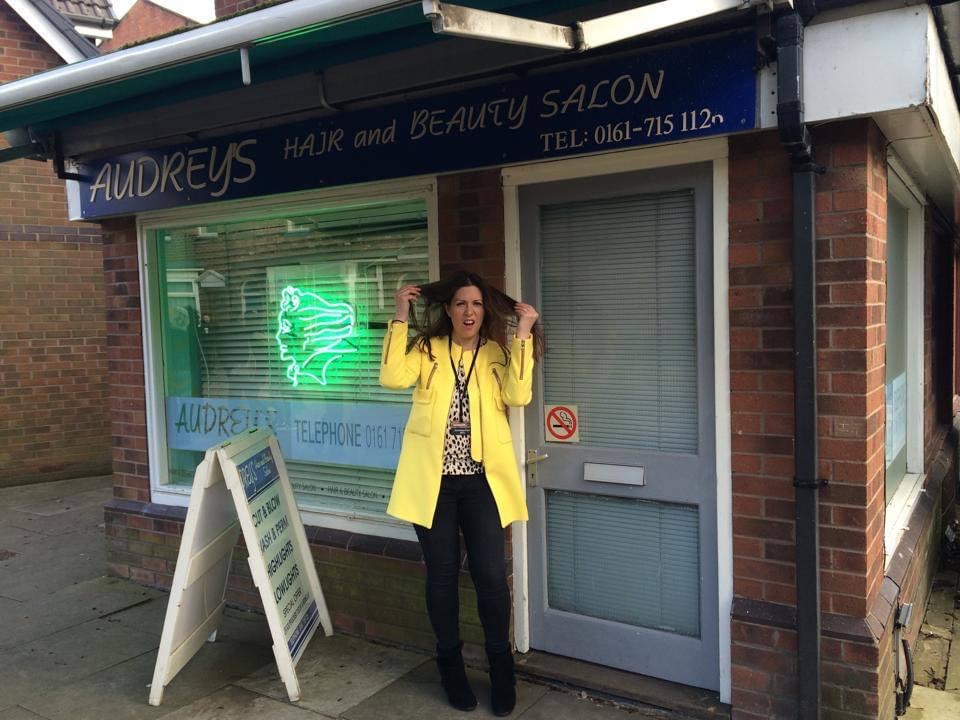 We’ve become friendly with some of the actors as a result of the podcast, and in April 2017 Connor invited us to come and watch some filming. He also took us to the props department, which is off-limits on the official tour. We saw iconic items, such as a big picture of Alf Roberts as mayor that used to hang in his house.

The fan community is really important to our podcast. During Aidan’s suicide storyline in 2018, some of our listeners shared how they’d also been through mental health problems, which was incredibly emotional. I thought the story was so important, as it helped open up the discussion around male mental health.

Over the years, Michael and I have built up a memorabilia collection. We’ve got a stack of official Coronation Street magazines from the ’90s we bought online for £50.

One of my favourite pieces is the Coronation Street cookbook, featuring Betty’s famous hotpot. We’ve also got official mugs and recently Michael got a Corrie-themed face mask. 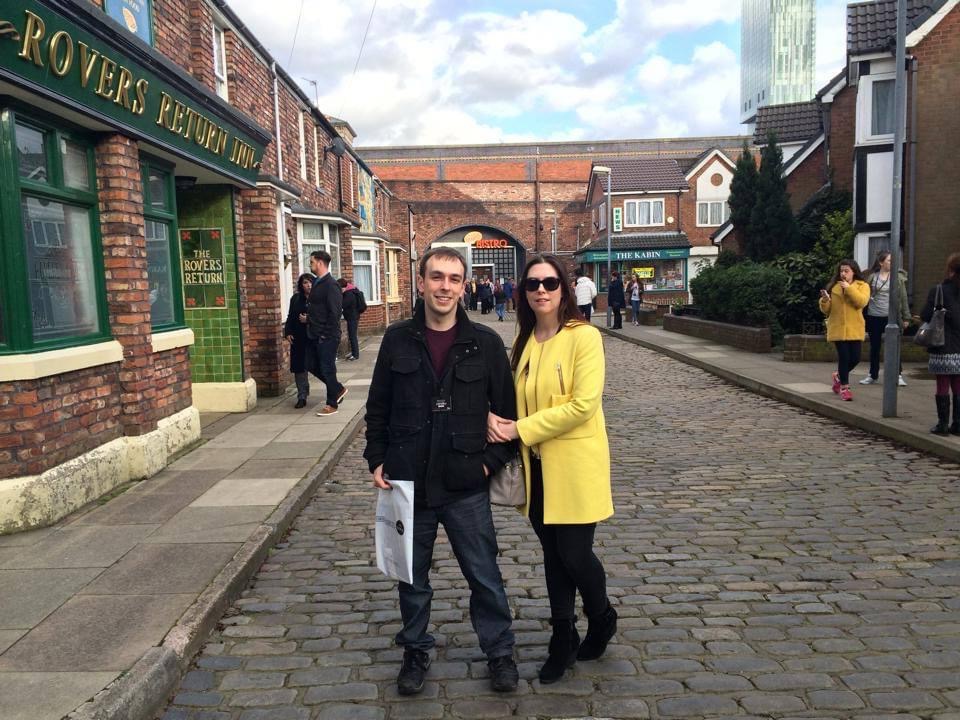 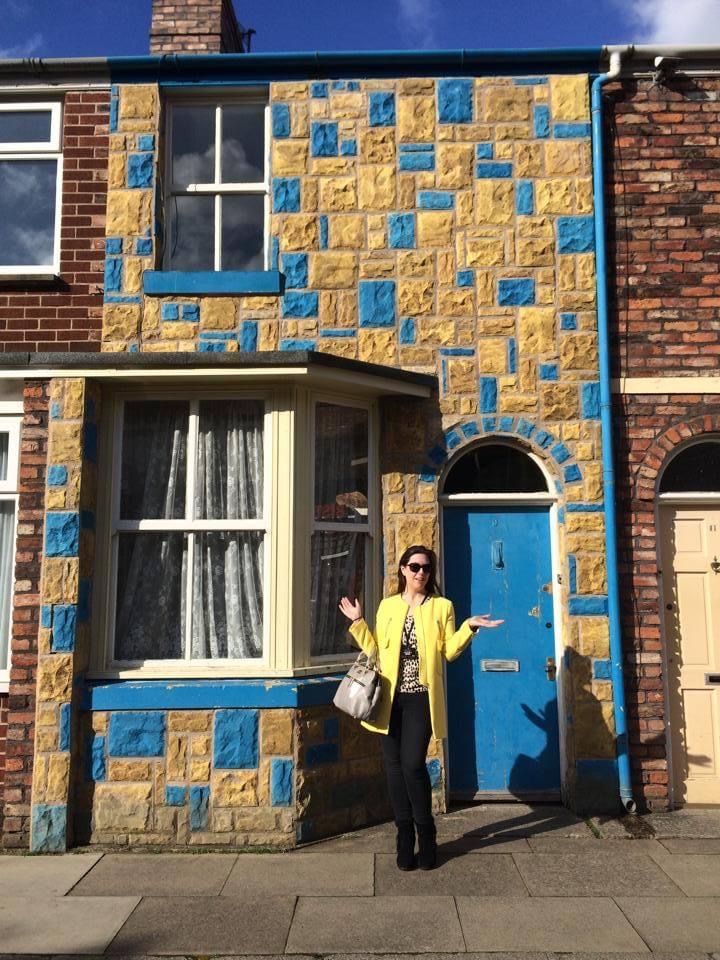 Coronation Street was commissioned in 1960 and originally called Florizel Street.

In December 1989, more than 27 million viewers tuned in when Alan Bradley was killed by a tram.

Our podcast now has around 2,400 listeners per episode from all over the world. Fans can pay £5 a month for extra content, but it’s not a money spinner for us – we do it for fun.

Coronation Street has changed my life – I would have missed out on so much happiness if I’d not started watching it again. When lockdown hit in March, we began watching it from the first episode in 1960 and have watched two a day since – we’re now up to 1986.

With so much going on in the world right now, it’s comforting to have something familiar to rely on.”