A MUM has revealed how she takes her baby boy to work with her in a strip club.

The mum called Nini, posted various videos of her son in the strip club that she works at, on her TikTok account, whatsuarez, with one video being viewed almost one million times. 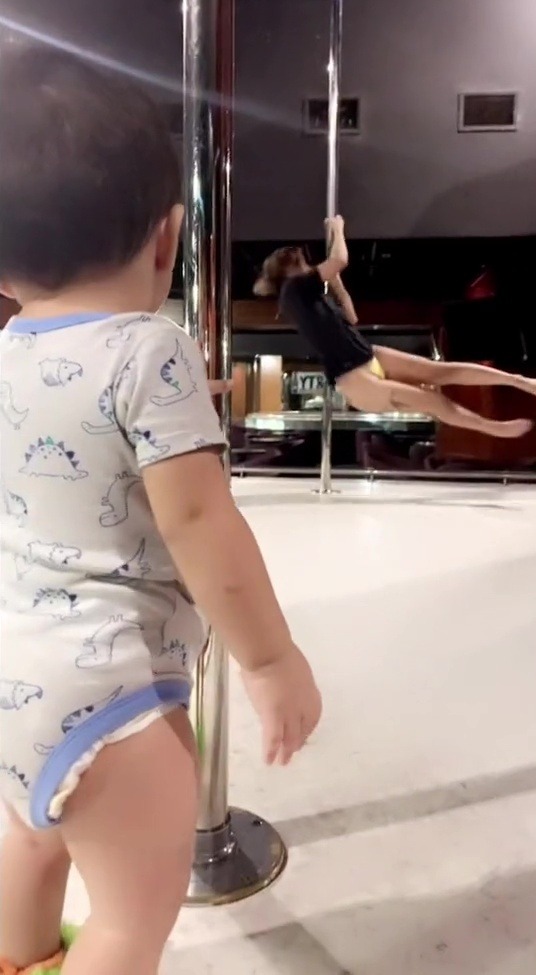 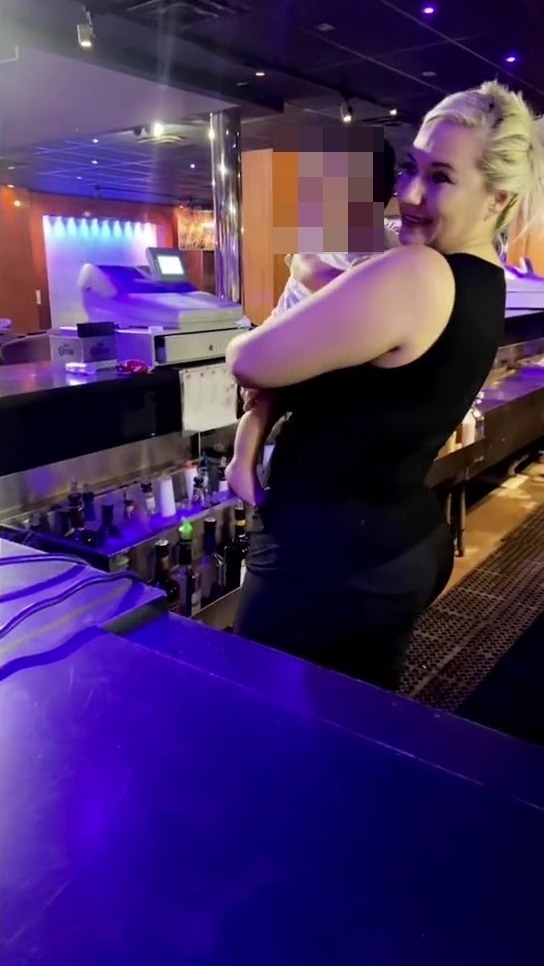 The video which has garnered the most attention online, shows her sweet baby hanging around in the club and being showered with attention by Nini's colleagues.

It also shows her baby behind the bar of the strip club as well as helping with their paperwork at the end of the night.

Nini captioned the video: "When people get offended that your son is a strip club baby, but he loves it and is loved."

In another video, it shows her baby walking around the strip club, once it is closed to the public, and even gets on the pole dancing stage with another woman practicing her moves.

People in the comments had divided opinions on whether it was a suitable place to bring a baby.

One user wrote: "This is actually disturbing This is not the place for a child. Your dancing on a pole in front of him, there's some things children don't need to see."

Another responded: "The saddest generation Z s**t ever."

Nini, decided to do a Q&A on TikTok because of some of the comments she was getting on her videos and to clear up any confusion.

In the video, Nini states that she is the manager of the club and has worked her way up to that position, but said she did dance until she was about four and a half months pregnant.

Nini also said that he is not allowed past the clear doors, where the customers are hosted unless all the customers have left the premises and alcohol has stopped being served.

She also said he does not stay for the whole night and only sometimes comes to the club, where he is constantly supervised by herself and her co-workers.

Lots of people embraced Nini with support for her decisions and how she is raising her son.

One user wrote: "He's being raised around a bunch of confident women, I think you're raising the BEST little boy."

Another user wrote: "Do what you want/need to do mama! He is absolutely precious!" 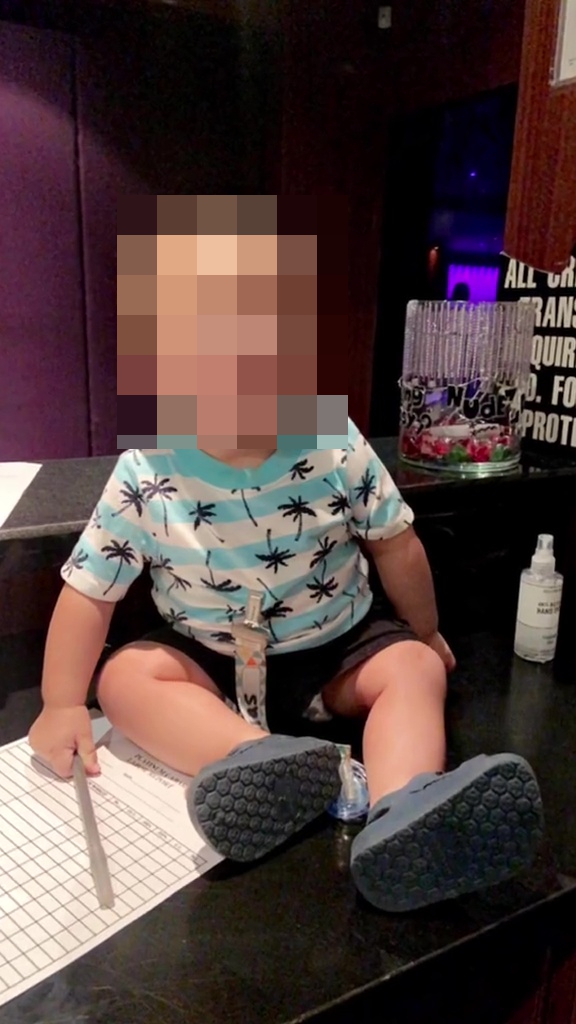 Plus, a mum reveals she makes her seven-year-old son pay rent and bills to teach him the value of money.

Meanwhile, a 29-year-old mum-of-eight boys says she's fed up of people assuming they are from different dads.

Plus, I took an ancestry test as a joke, I found out i was adopted and met my biological parents two weeks later.