AFTER years of renting as a self-employed single mum, Natalie Watts never thought she'd be able to buy her own pad.

But the 38-year-old wedding photographer and mentor, from Milton Keynes, Bucks, finally put down a deposit on her dream home thanks to lockdown savings. 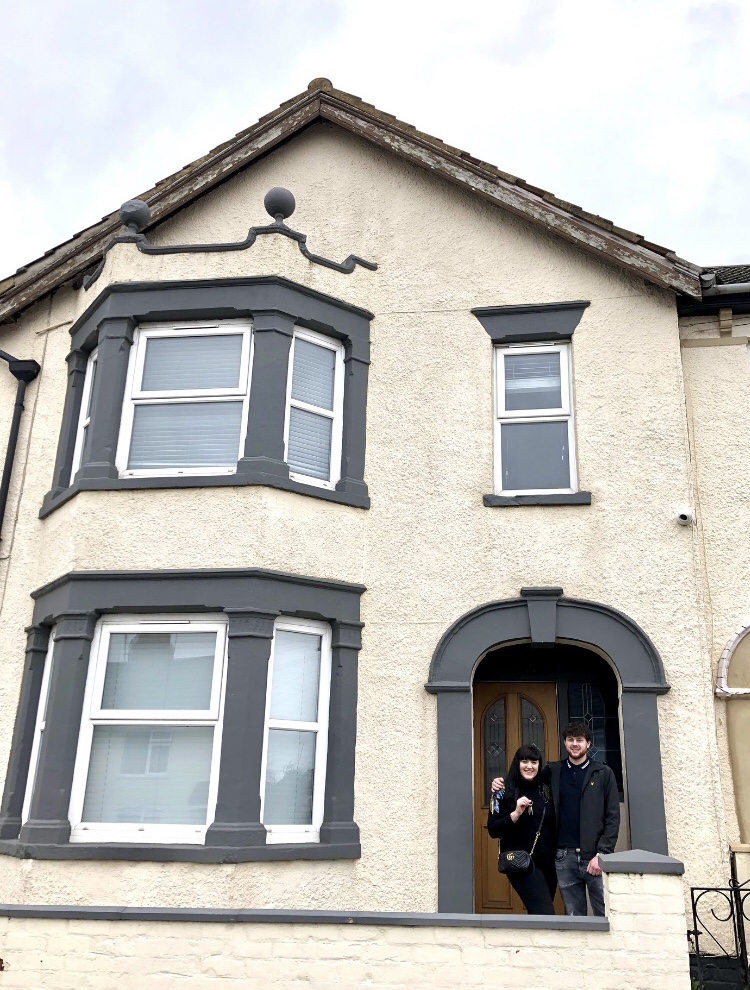 Natalie, who lives with son Danny, 20, who works in operational risk at a bank, saved £35,000 in just five months due to cancelled plans and a new business strategy.

Speaking to Fabulous, Natalie says: "I cried yesterday walking around the house, thinking ‘oh my God, I can’t believe I actually did this’.

"I bought it completely by myself, with no money from friends, family, nothing. The first mortgage broker I approached basically said ‘that’s not going to happen’ when I told him I wanted to buy. 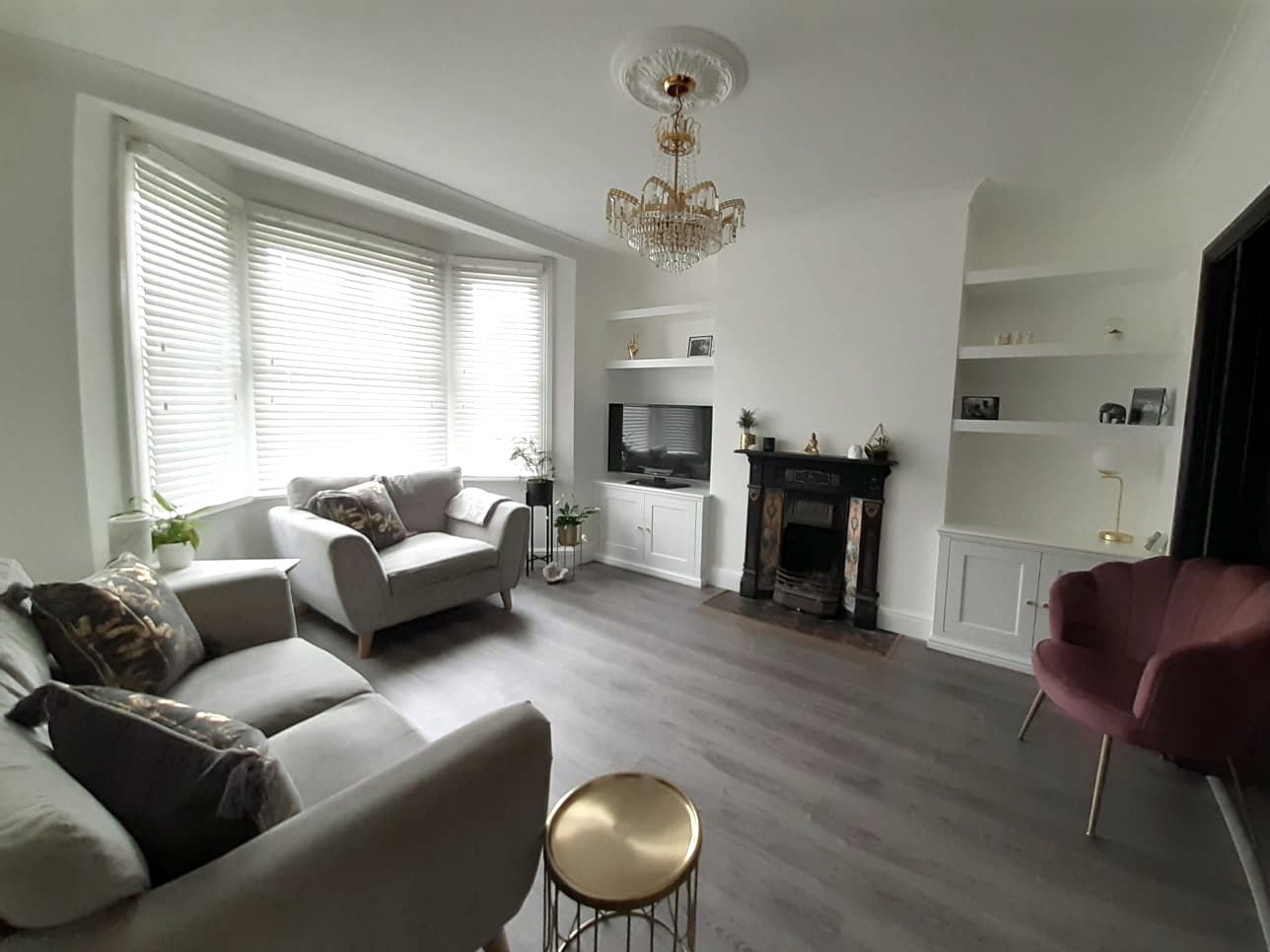 "I never consciously saved because I never thought I would actually be able to buy a place.

"It felt so far fetched, I’m a self-employed single mum solo buyer, so I never made cutbacks because it felt so out of reach. But Covid forced me to change my spending."

I cried yesterday walking around the house, thinking ‘oh my God, I can’t believe I actually did this’. It felt so far fetched, I’m a self-employed single mum solo buyer

Despite her doubts, Natalie is now the proud owner of a four-bed house with high Victorian ceilings, beautiful fireplaces, a conservatory, garden and a loft conversion which she can use as her home office.

"I had holidays to Mexico and Costa Rica cancelled during the pandemic; although I still made it to Athens with my boyfriend over the summer, when we were legally allowed to travel.

"Not being able to go out for dinner or drinks really helped too. I normally spend about £150 a month so saved maybe £1,800." 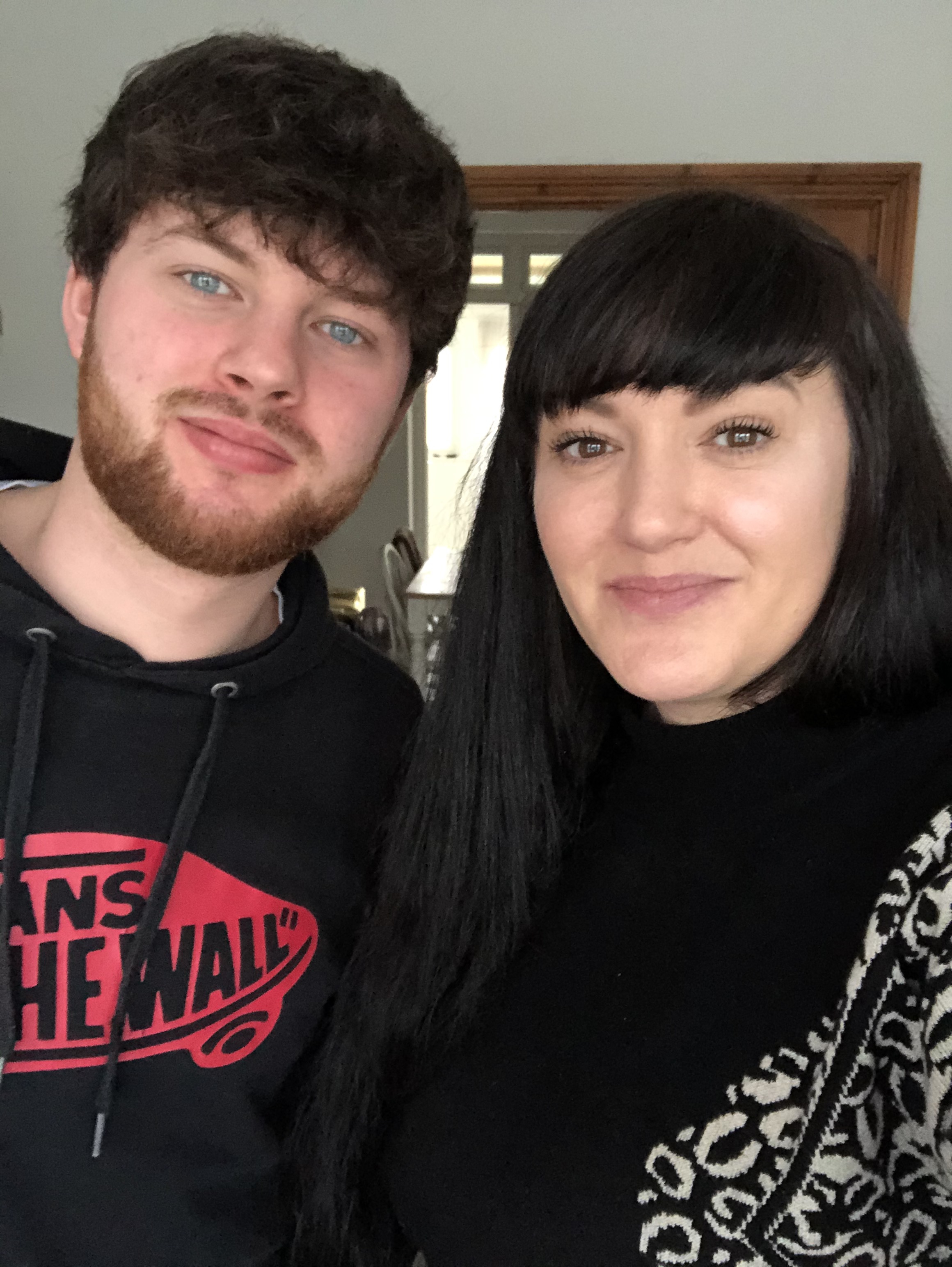 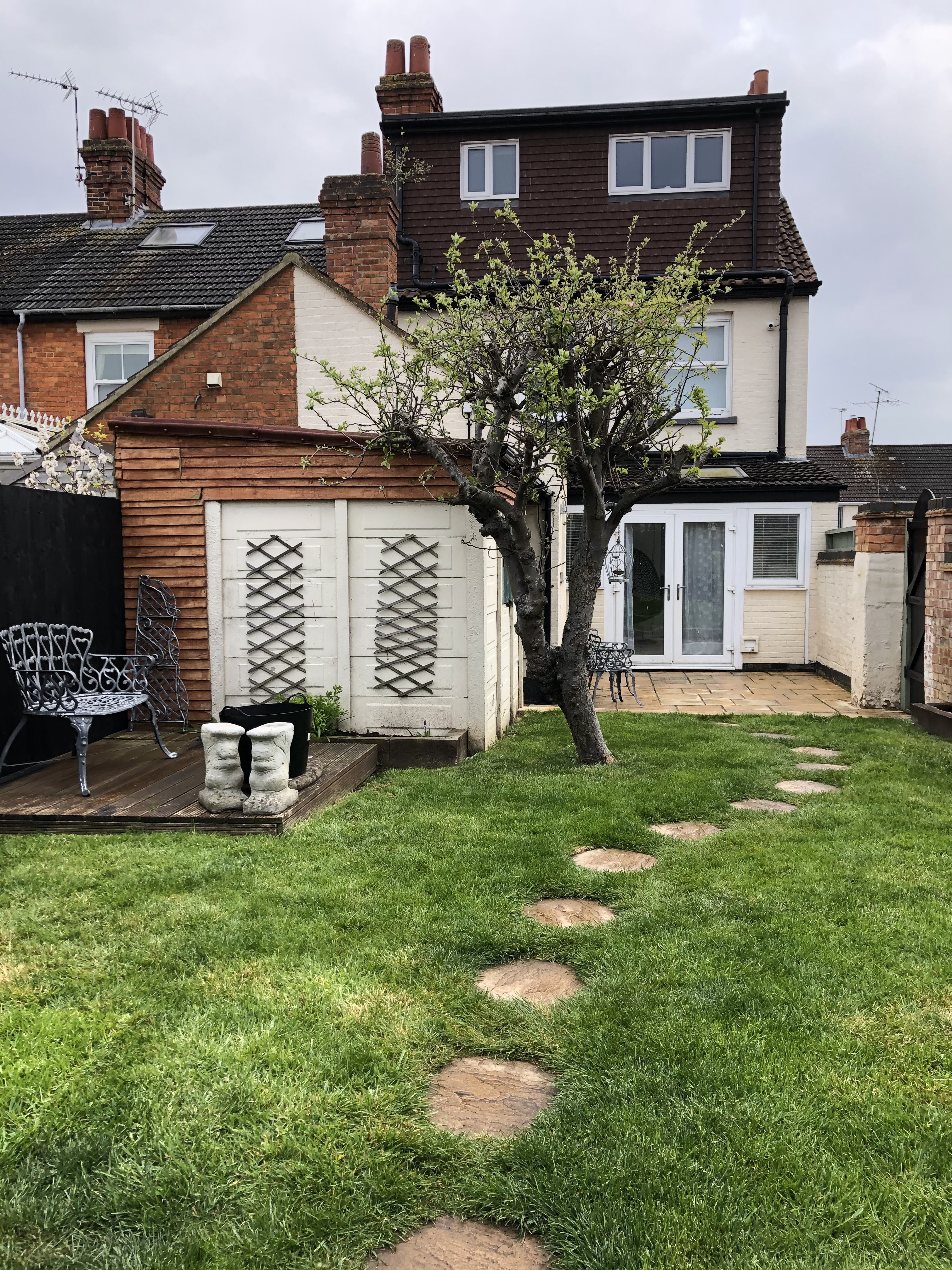 In the four years prior to lockdown, Natalie had put away £30,000 – but she more than doubled this over the summer, giving her a final deposit of £65,000 when she bought her house in March.

She says: "When Covid came along, I thought 'gosh this is really going to push me back'. I was worried I wouldn't get a big enough mortgage and would have to dip into my savings to get by.

"Then I decided I wasn’t going to let Covid beat me, so I started house shopping in June.

"I found a place online which I absolutely fell in love with, but it sold the day before I could view it.

I found a place online which I absolutely fell in love with, but it sold the day before I could view it. I was over my budget anyway but three months later, it came back on the market so I took that as a sign

"But I looked at the listing every day even though it said it was sold, because I felt like it was supposed to be my house.

"Three months later, it came back on the market so I took that as a sign and phoned the estate agent straight away to book a viewing.

"Then I put an online course together to make up the rest of the money. It felt like a stretch, but I did the numbers and worked out how much I needed to save to put in an offer." 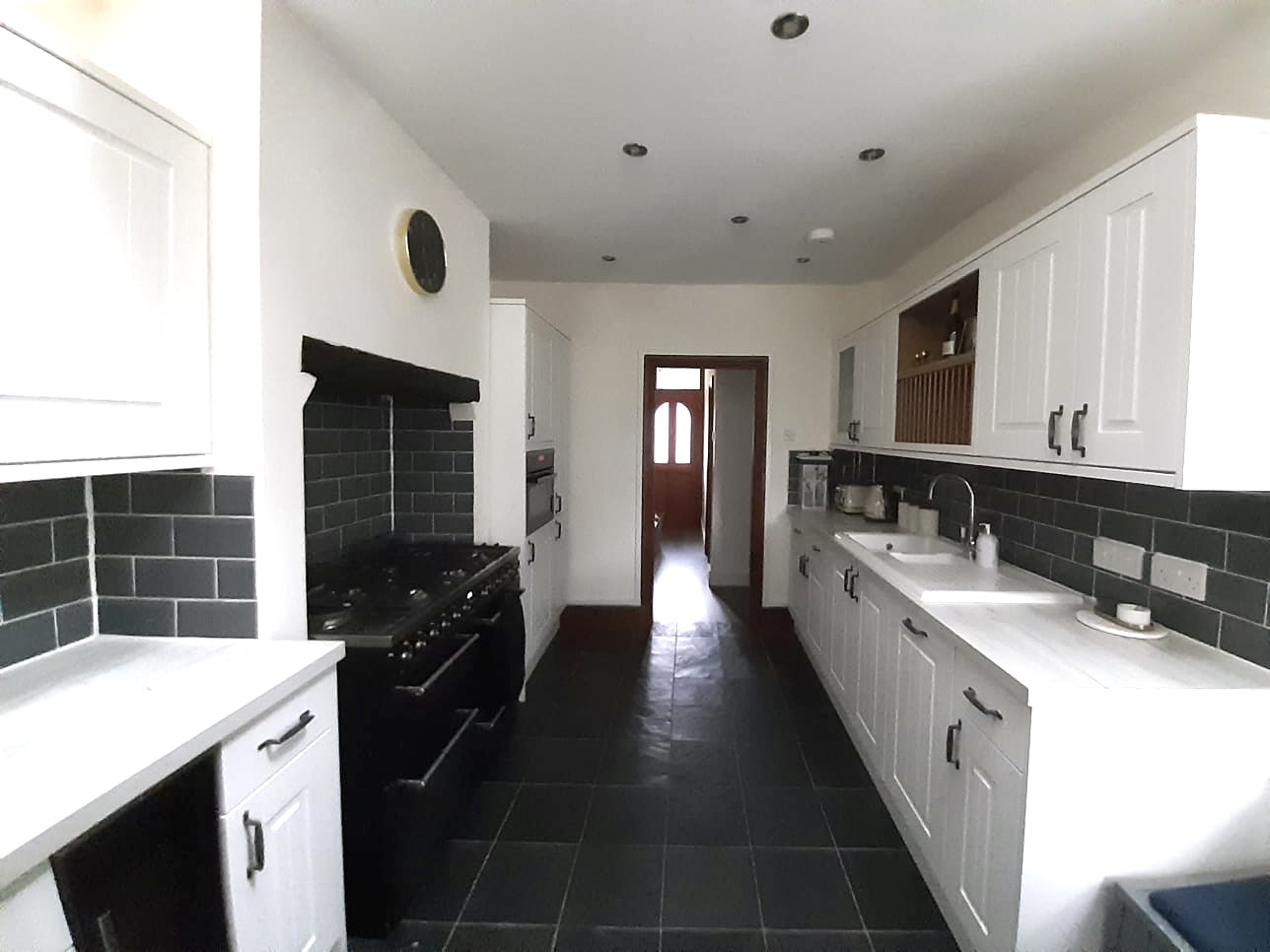 With her main income originally as a wedding photographer, Natalie was worried Covid would hit her hard.

She still managed to do 12 weddings in 2020, as well as engagement shoots and developing albums from previous marriage ceremonies.

But it was a pivot in her business strategy, setting up an educational course, which really allowed her to "uplevel".

I'd tell people, if you want it to happen, you can. It’s been hard work but there are ways you can make money, even if you’re in a full-time job

She says: "I set up a photography business course. It originally cost £199 and it’s now £397, as one of the attendees took £25,000 of business within the first month, and quit her job to do photography full-time.

"It’s not only helped me, it’s helped other photographers improve and scale their businesses. I made £84,000 last year and my primary source of income was education.

"As I'm self-employed, I had to write a letter to the underwriters to show my projections for 2021. I have 41 weddings booked in for this year." 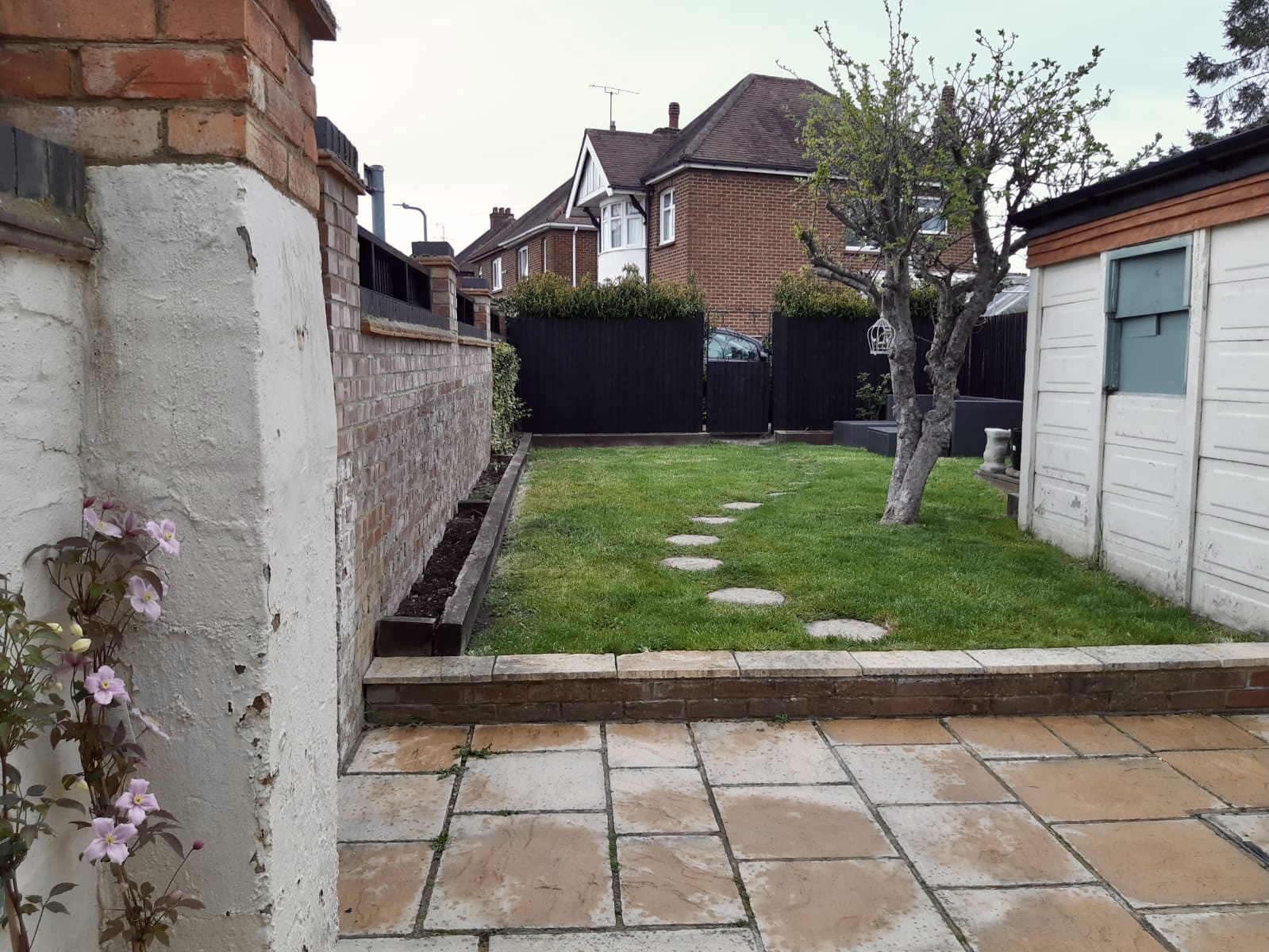 Despite doubling her deposit, Natalie was out-bid by another buyer. But she has a clever tip for standing out in a competitive housing market.

She says: "I wrote a letter to the owner saying I wanted to view the house the first time it was on the market and was gutted when it sold, that the house made me cry, I absolutely love it, it was the perfect place for me and my son to live, it’s got space for my family to stay and for my business.

"He had a counter offer for £324,000 but he said ‘because of your letter, which showed you really loved the house, I’ve decided to proceed with you’.

"I'd tell people, if you want it to happen, you can. It’s been hard work but there are ways you can make money, even if you’re in a full-time job.

"You could pick up shifts doing deliveries for Amazon or Morrisons. It’s just about working that little bit harder and smarter for a short amount of time, to reap the rewards for a long time."

Natalie has rented since she was 18, although she had help in housing benefit and tax credits for the first five years, as she was a teen single mum.

"We lived in London for seven years while I was working as a studio manager for Figleaves and Asos.

"Money was tight, I was paying for childcare so whatever money came in that month went out again. I thought 'there's more to life than this', so I went self-employed and moved out of the capital.

"My mortgage payments are an investment in my future and my son’s future, I’m not saying goodbye to that money, it’s a very different mindset.

"Up until now, even if I wanted to put a picture up I’ve had to get a landlord’s permission to put a nail in the wall. Whereas here I can do whatever I want. I can make it home and make it really special.

"We've only ever lived in two-beds so we've doubled our space, and I don't have to run my business from the kitchen table anymore.

"I always thought if I bought somewhere, I would be exchanging like for like or even downsizing. But hard work, determination and passion has led this from a dream to reality."

You can find out more about Natalie's services at Natalie J Weddings Photography and follow her house story on Instagram.