A MUM was left with a gaping crater in her arm after a splash of oven cleaner "ate her flesh from the inside out".

Beki Routledge claims she wore the safety gloves that came with the £1 Brite Oven Power solution but a drop flicked off the safety cap on to her arm. 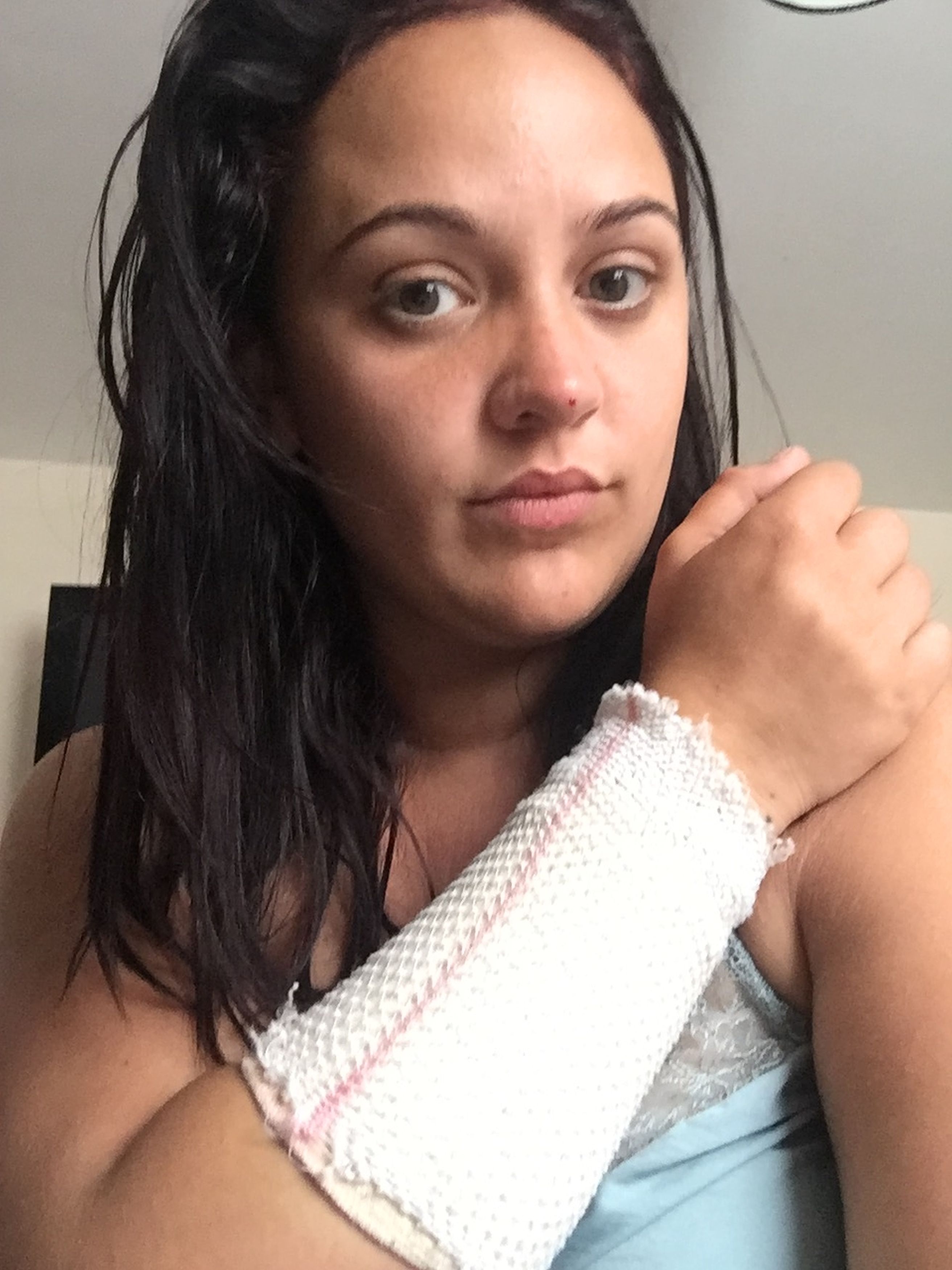 The 32-year-old said she thought "nothing of it" after washing it off straight away.

But later that evening she developed a painful itch, before a scab appeared and opened up like a "black hole".

Doctors told Beki the chemicals had penetrated so deep into her arm that they were unable to flush it out.

They were forced to surgically cut the burned flesh away, and cover it with a skin graft instead.

Now, the mum-of-two has vowed never to use corrosive cleaning products again.

Beki, from Prices Risborough, Bucks, said she's angry and doesn't want others to go through the same ordeal.

"Anyone can buy that in a shop," she said.

"What it's done to me after I rinsed it off, just makes me think it should be restricted or removed from supermarkets.

"I can't do the things I used to anymore. I have to do everything with my left hand." 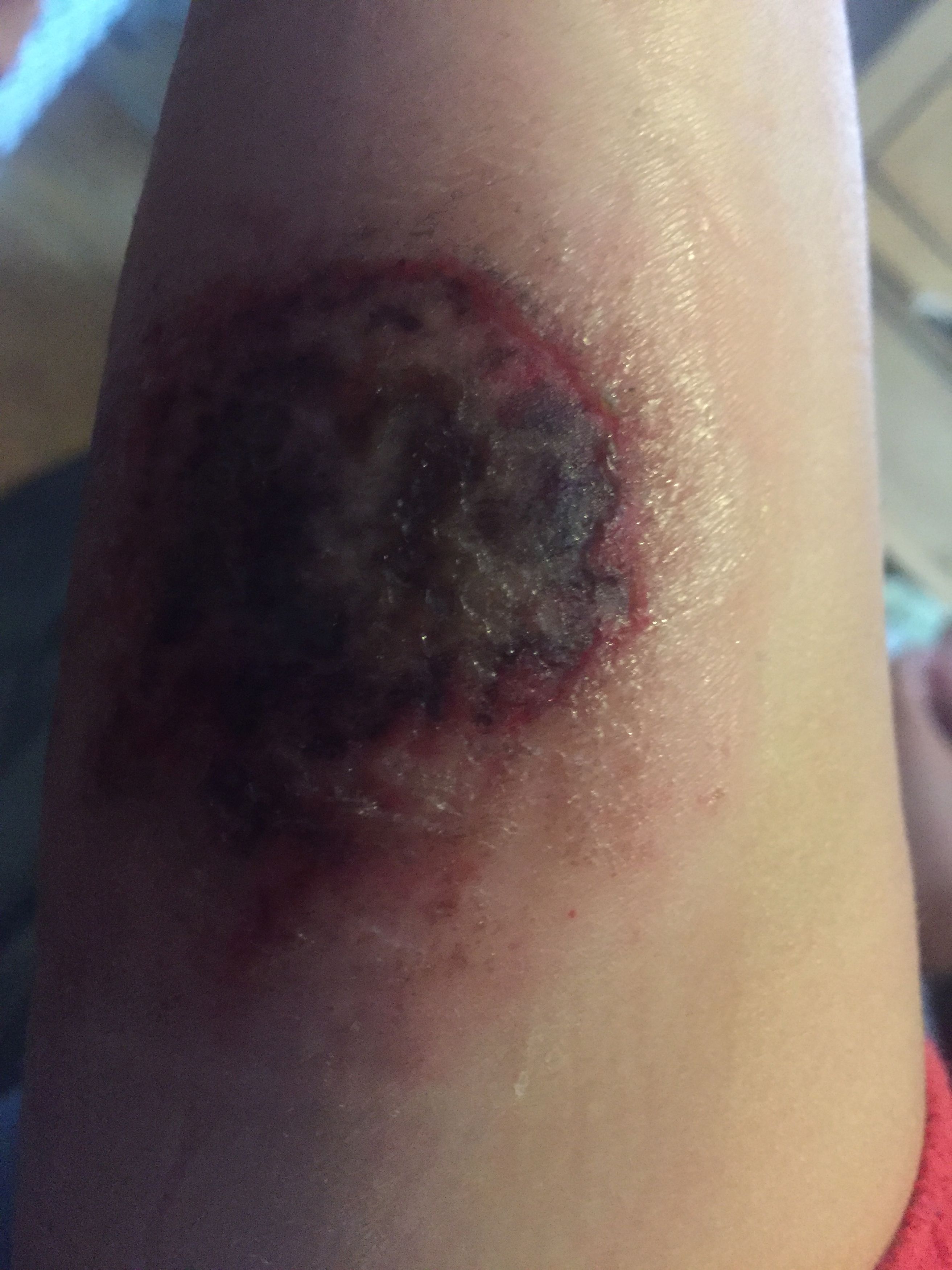 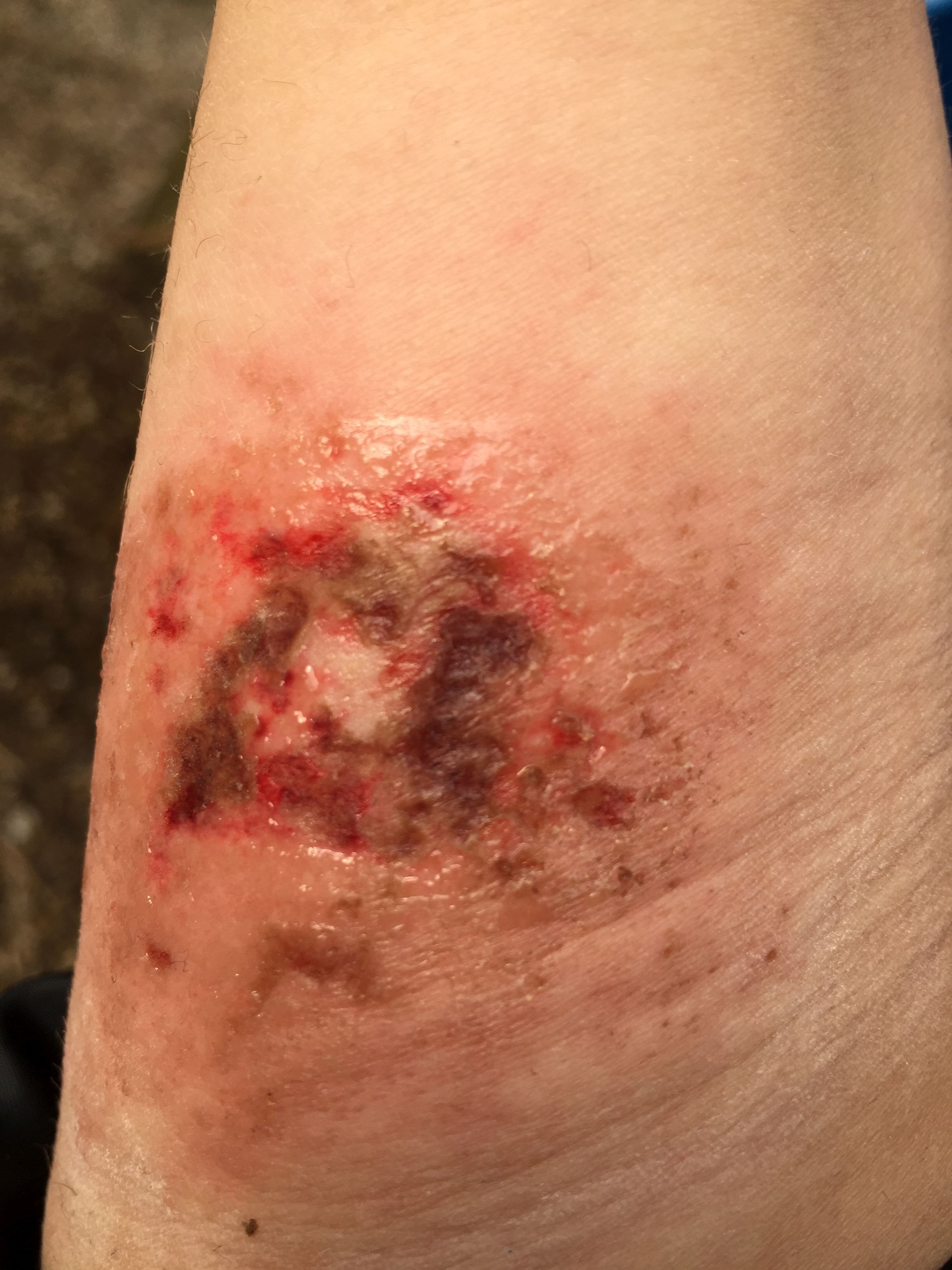 Beki said the splash of cleaner that hit her skin was the size of a 50p piece.

"I knew it was dangerous, which is why I put the gloves on," she said.

"It's a thick, gloopy solution and went straight from the bottle, on to the glove and under it.

"But once I'd washed it off as it told me to on the bottle, I didn't have a worry in the world about it.

"I honestly thought absolutely nothing of it, because I didn't feel any pain." 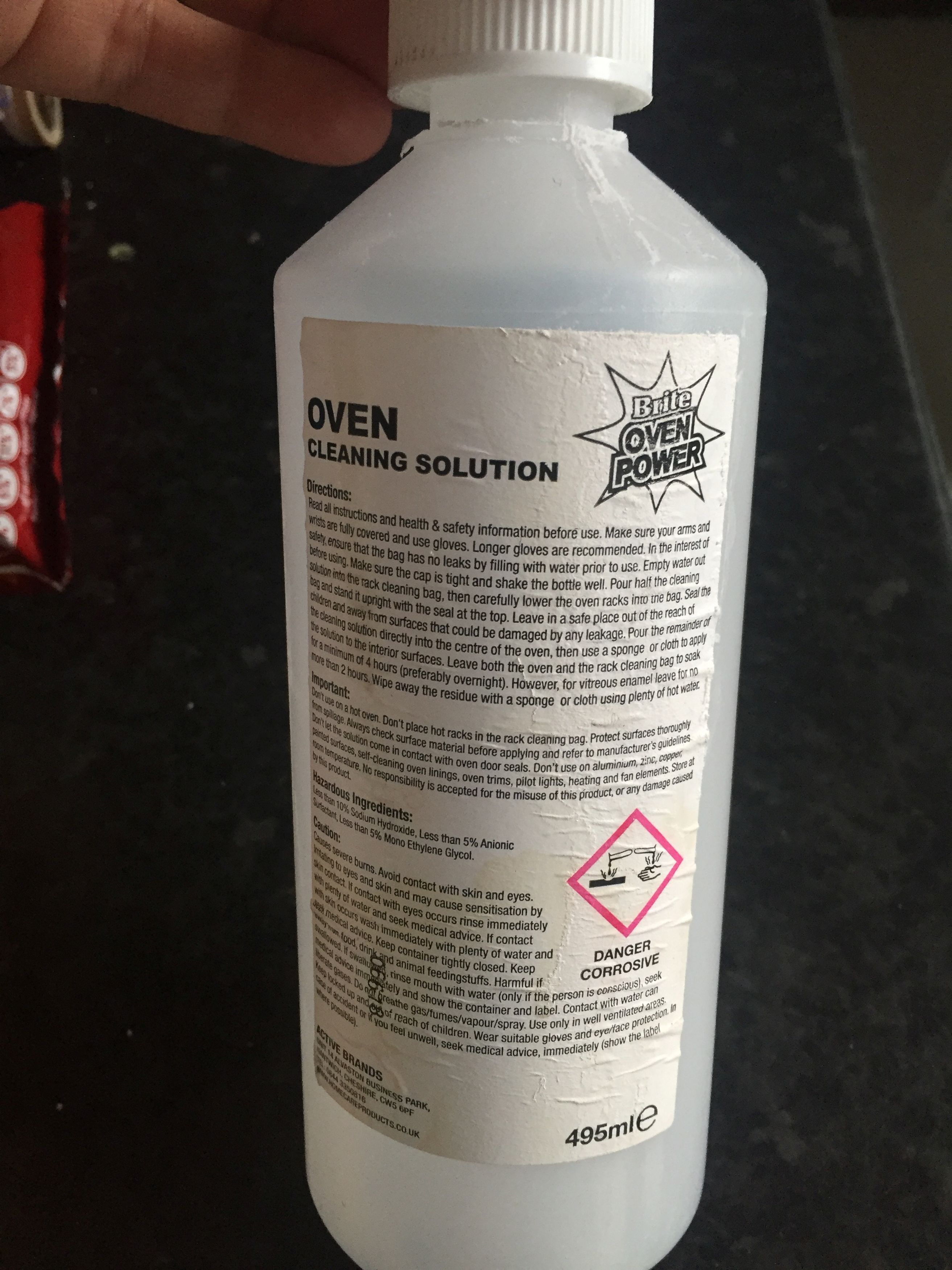 But by 7pm that evening, that had changed.

She noticed a painful itch on her arm so scratched the spot and it was agony.

The 32-year-old pulled her sleeve up to find it was scabbing over.

"I saw the damage the splash marks had done, the pain was getting worse," she said.

She rinsed it under the tap, as the instructions on the packet started, she claims. 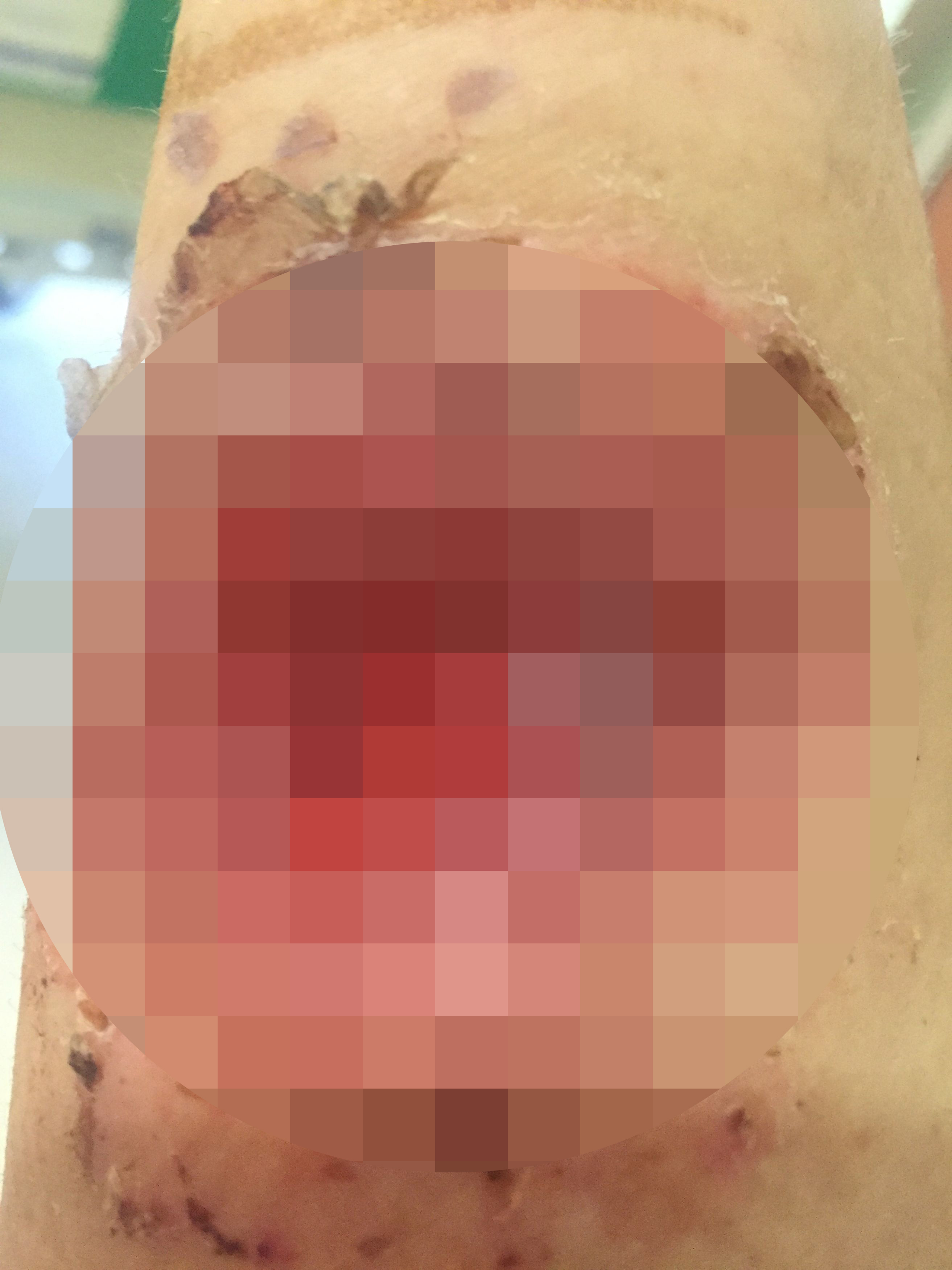 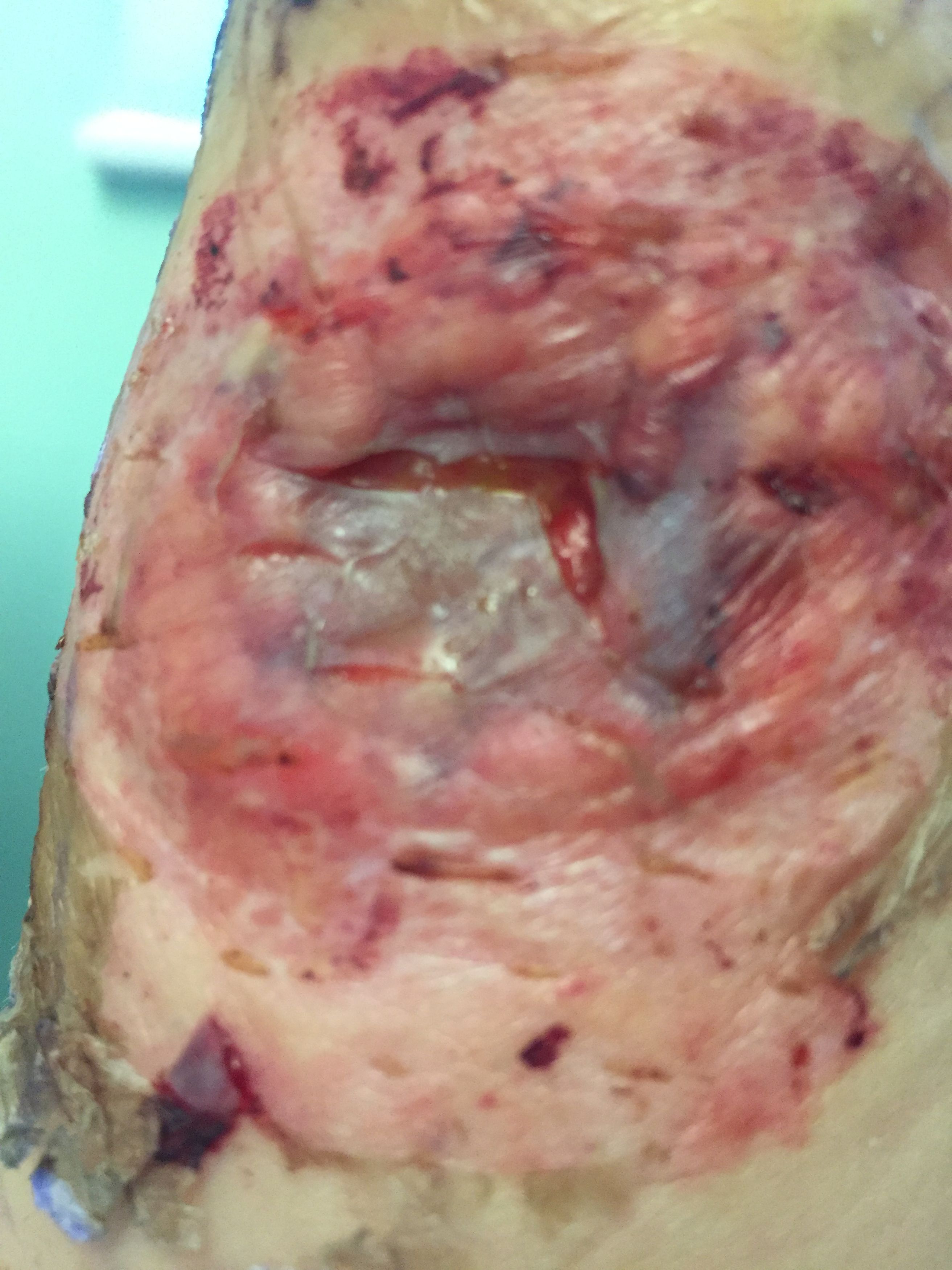 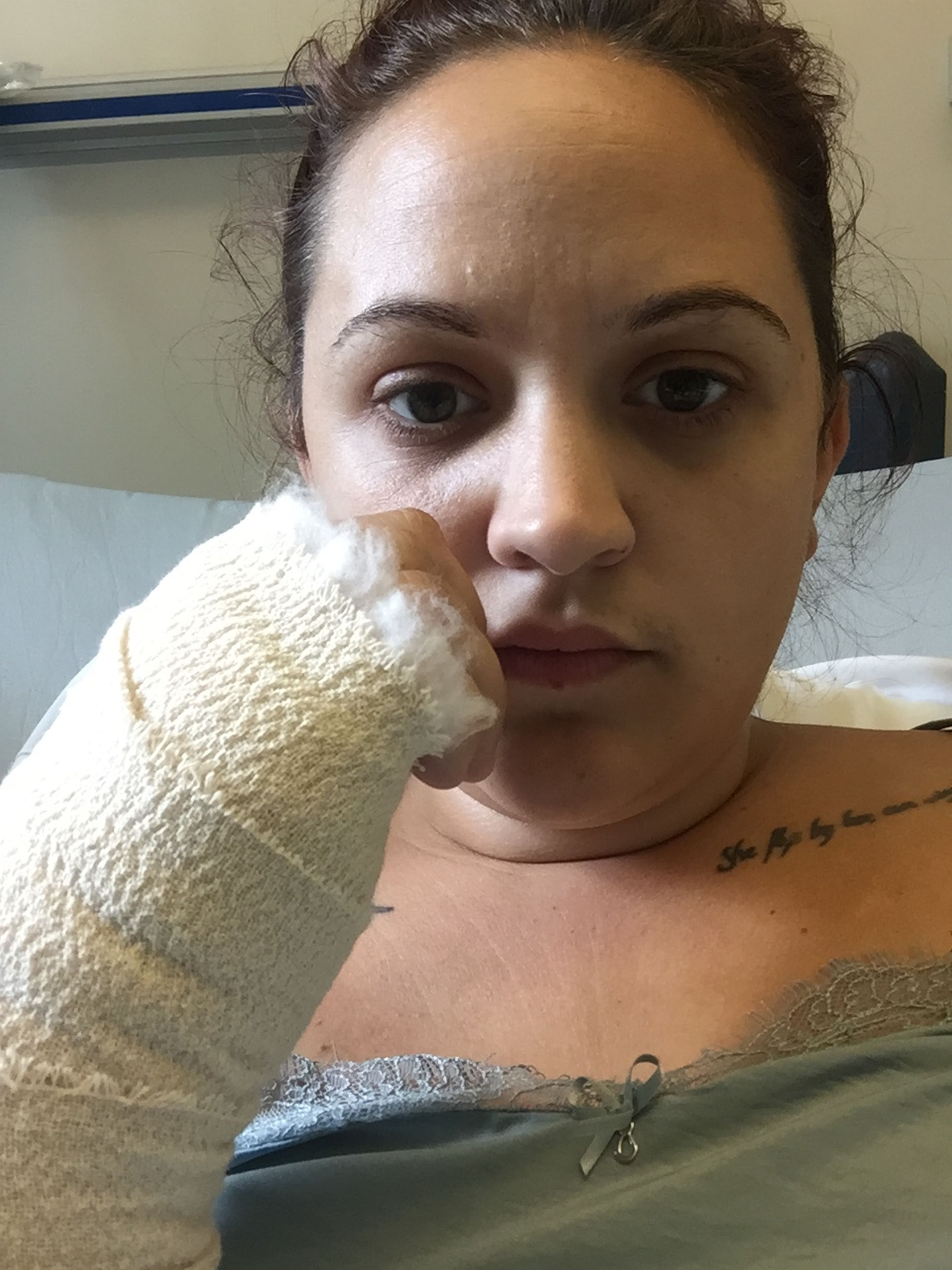 But when it failed to stop the pain she went to A&E the following day, where tests confirmed a high pH level on her arm.

Beki was told to run her arm under the tap for two hours, and was then sent to the hospital's burns unit where it was rinsed again for another three hours.

A surgeon noticed an infection developing and prescribed Beki painkillers and IV antibiotics, but later decided she needed surgery to stop the burn spreading.

Beki, who struggles to perform daily tasks, said she wants to see restrictions on who can buy corrosive cleaners.

"I just want to raise awareness, I followed the instructions and haven't abused the product," she said.

"It was just an accident and could have happened to anyone."

A spokesperson for Oven Brite said: "We are extremely sorry to hear that burns of this severity have been sustained whilst using this product.

"Oven Brite does contain a very dangerous corrosive liquid which should be treated with the utmost respect and all the advice on the packaging and bottle should be adhered to.

"We are duty bound by various regulations to ensure that this product carries the relevant warnings about the risks associated with the contents, both on the product and the packaging, but that said unfortunately accidents can occur, but are few and far between.

"In the event of skin contact, either directly or from contaminated clothing the area should be flushed immediately with cold water for as long as possible until the burning has subsided, and then seek medical advice."