AT only 22 weeks pregnant, Nohely Mota was wracked with terror when she felt her baby's foot between her legs.

The warehouse worker, from Pomona, California, knew her unborn daughter Leylah Aubrielle Mota would not survive if she were to give birth that early on. 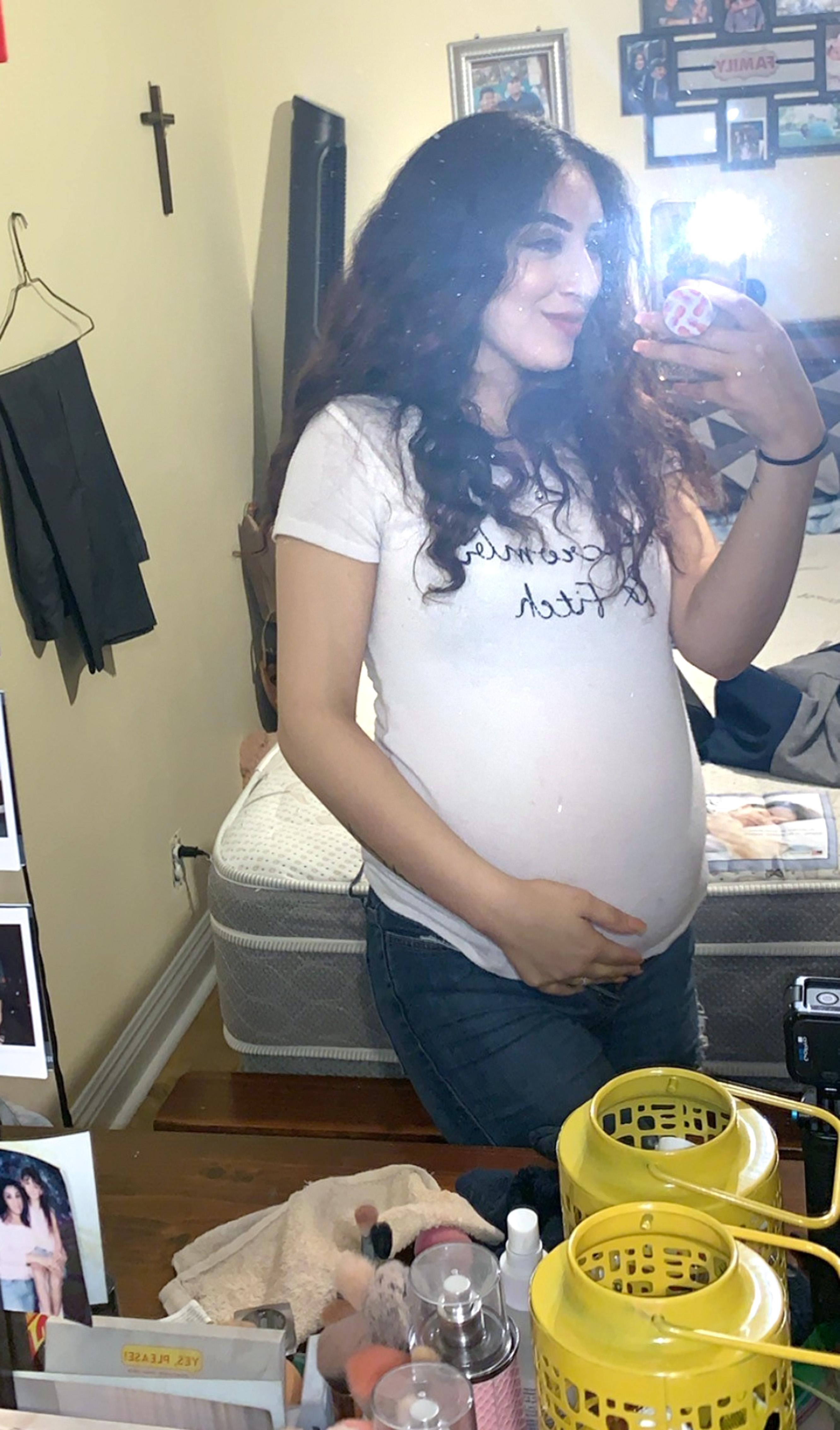 And just moments the thing Nohely most feared happened – her little baby passed away, weighing a tiny 2lbs 11oz.

Heartbroken, Nohely, 20, and her husband Kevin, 22, have shared their story as well as pictures of their little girl to raise awareness.

They have also set up a YouTube channel to connect with others who may have also been faced with the say heart-wrenching situation.

Nohely said: "It was a terrifying time.

"I couldn’t comprehend what was happening, I blamed myself. 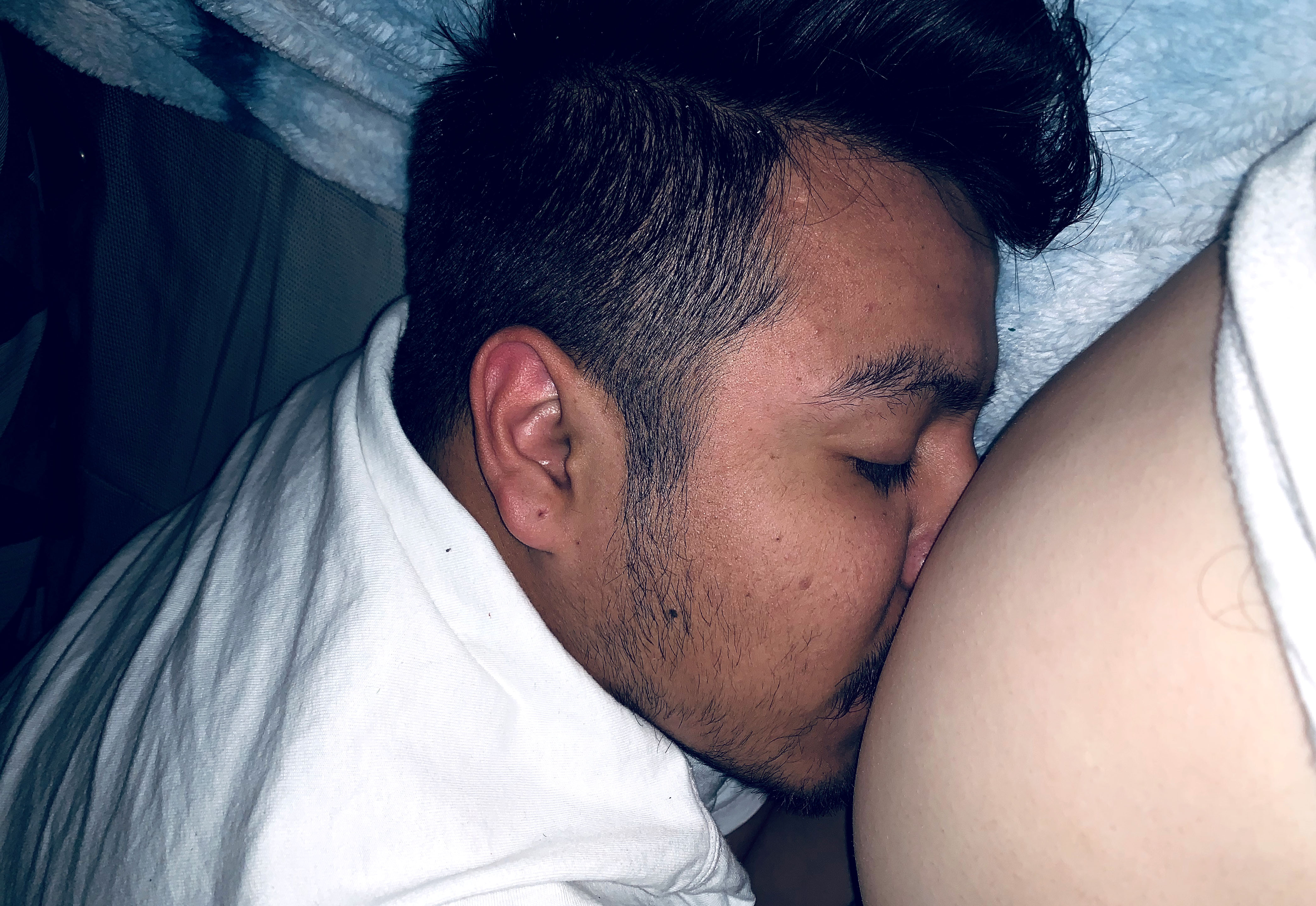 "I kept thinking of all the things I might have done wrong during the pregnancy, but there was nothing we could do.

"We wanted to show our baby to the world as she grew, but sadly we never got that opportunity.

"We decided to make the channel for Leylah anyway and be open about everything we’ve been through because this is our reality.

"Talking about it has helped us to overcome the fear and pain we’ve felt."

It was a terrifying time. I couldn’t comprehend what was happening, I blamed myself

Nohely and Kevin had been trying for a baby for six months prior to falling pregnant but were heartbroken when it appeared their dream wouldn’t be realised.

Luckily, when they stopped trying Nohely discovered she was pregnant and they were over the moon.

The two excitedly told friends and family the good news and started to prepare for their new arrival.

Kevin said: "We gave up trying after a while and decided that whatever happens, happens.

"That’s when Nohely found out she was pregnant.

"We were over the moon." 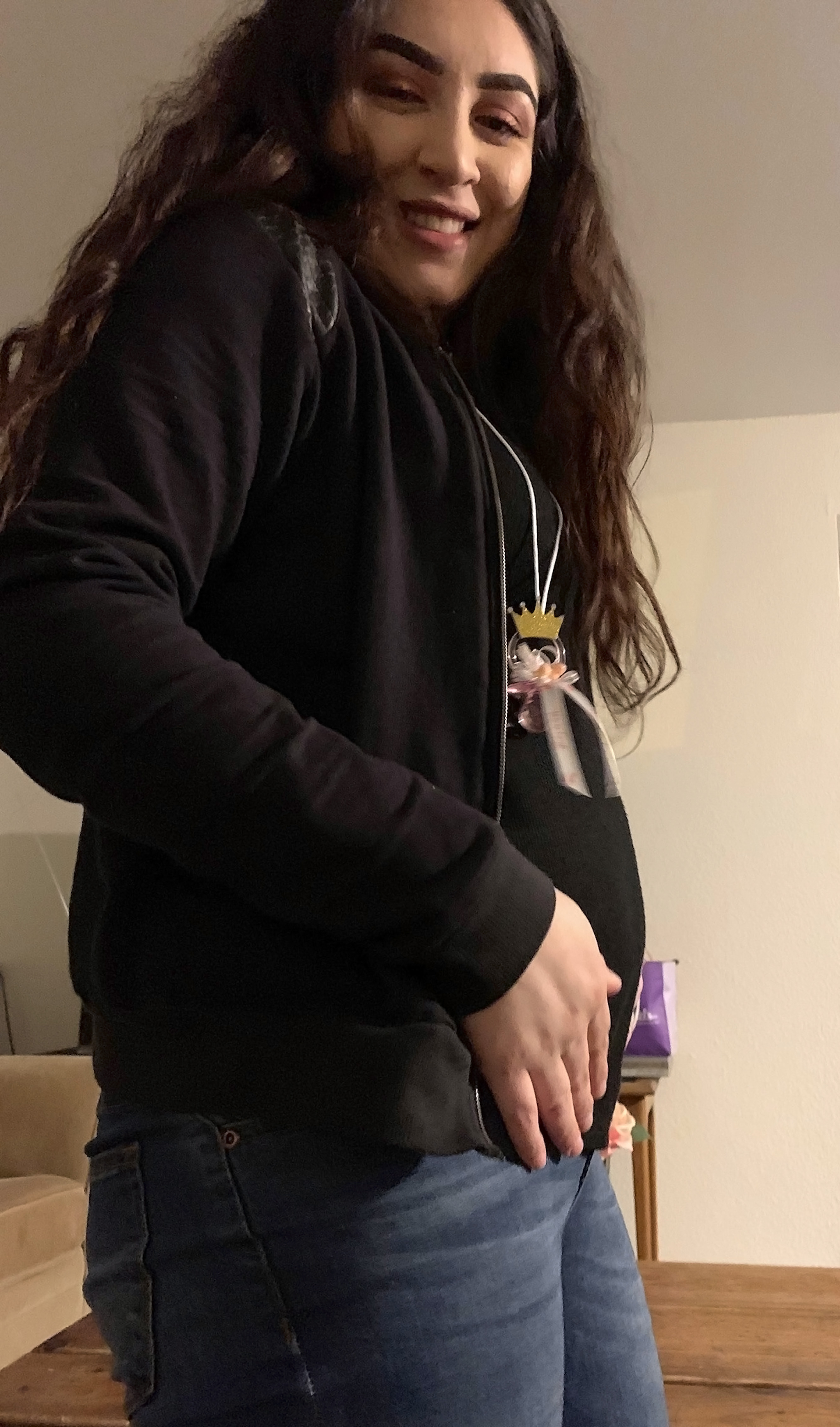 When Nohely was just three months pregnant, she woke up in the middle of the night with a sudden urge to use the bathroom.

She noticed that she was bleeding and called Kevin, who was working miles away as a truck driver.

He arranged for his mum Bernarda to take her to hospital where Nohely was told she had low amniotic fluid and to stay on bed rest.

The bleeding subsided after a few days and the coupled believed the worst was over.

But a few weeks later they arranged for an ultrasound to find out the baby’s gender where the sonographer mentioned that the baby had an enlarged stomach.

Medics could find no cause for the enlarged stomach, but said its size meant they were unable to tell the baby’s gender.

Kevin said: "She couldn’t tell us why, but it worried us.

"It was so big; we were unable to tell whether we were having a boy or a girl.

"We went back to hospital for answers, but no-one knew what it was."

Then, just two weeks later, things took a turn for the worse.

I couldn’t understand what was happening. I desperately hoped I was wrong. It felt like I was living a nightmare

Nohely started bleeding again, this time heavier than before, and cramps rippled through her stomach.

When she went to the bathroom to investigate, she felt a lump between her legs.

Unsure what it was, she asked Kevin to take a look – and he discovered their baby’s foot hanging down.

Kevin said: "I couldn’t understand what was happening.

"I desperately hoped I was wrong. It felt like I was living a nightmare."

The couple rushed to the hospital who sent Nohely for an emergency caesarean section.

But the situation had become so desperate that surgeons were unable to wait for the anaesthetic to kick in.

Nohely said: "I felt three slashes across my stomach.

"It was the worst physical pain I’ve ever felt. Thankfully, then everything went black."

Kevin added: "They wouldn’t let me in during the procedure.

"I had no idea what was happening, I just desperately wanted to see my wife and baby." 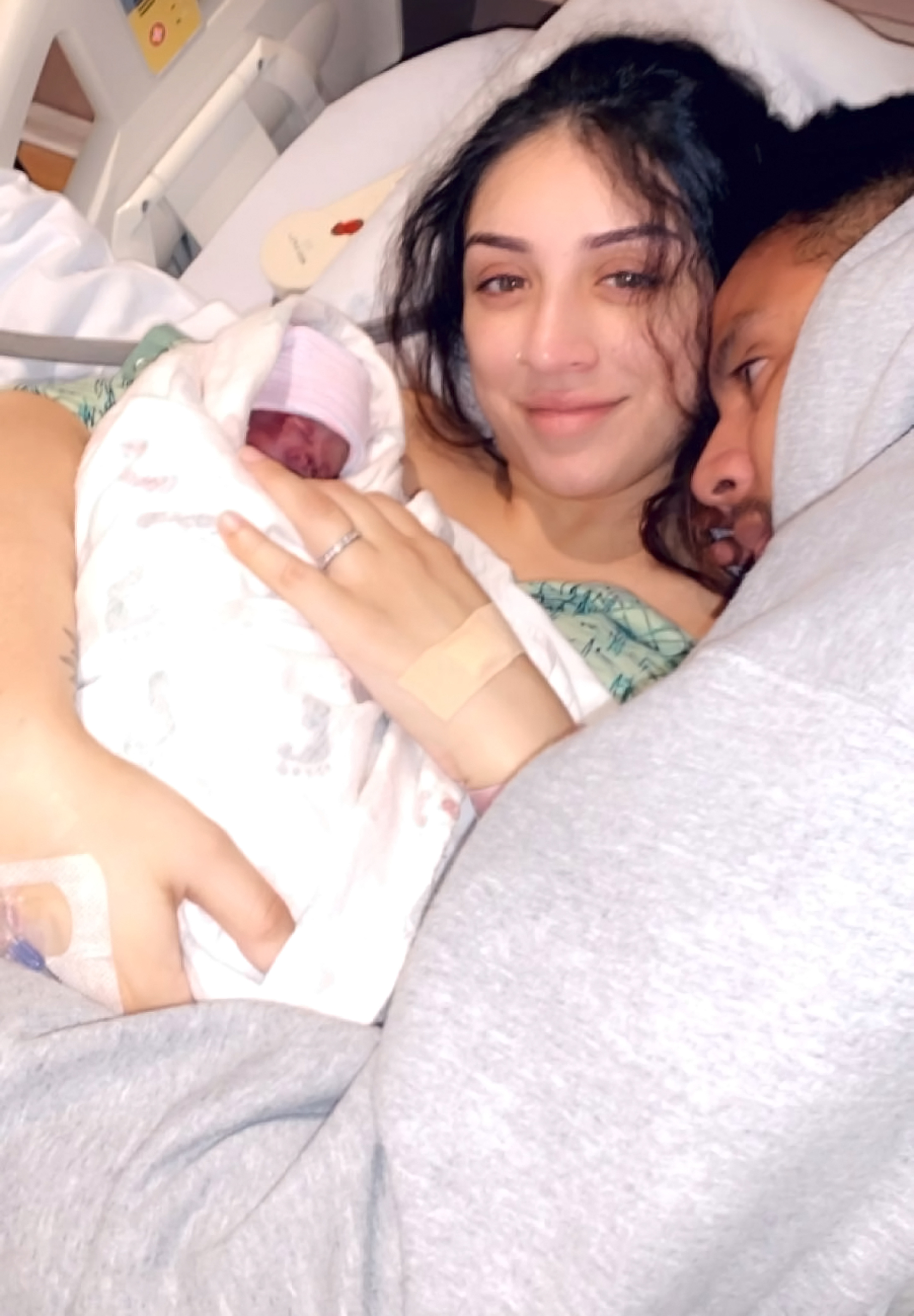 After 30 minutes, a nurse approached Kevin and told him that the baby had been delivered but had to be taken away to a specialised unit.

After another half an hour, Kevin was given the devastating news that their baby hadn’t made it – but his wife was still unconscious from the anaesthetic.

Kevin said: "I was wracked with grief and I never felt more alone than in that moment.

"Nohely was still unconscious, so there was no-one there to share my pain.

"All I could think about in that moment was finding out my baby’s gender."

Kevin was eventually allowed in to see the baby, where he learned that they’d had a little girl. 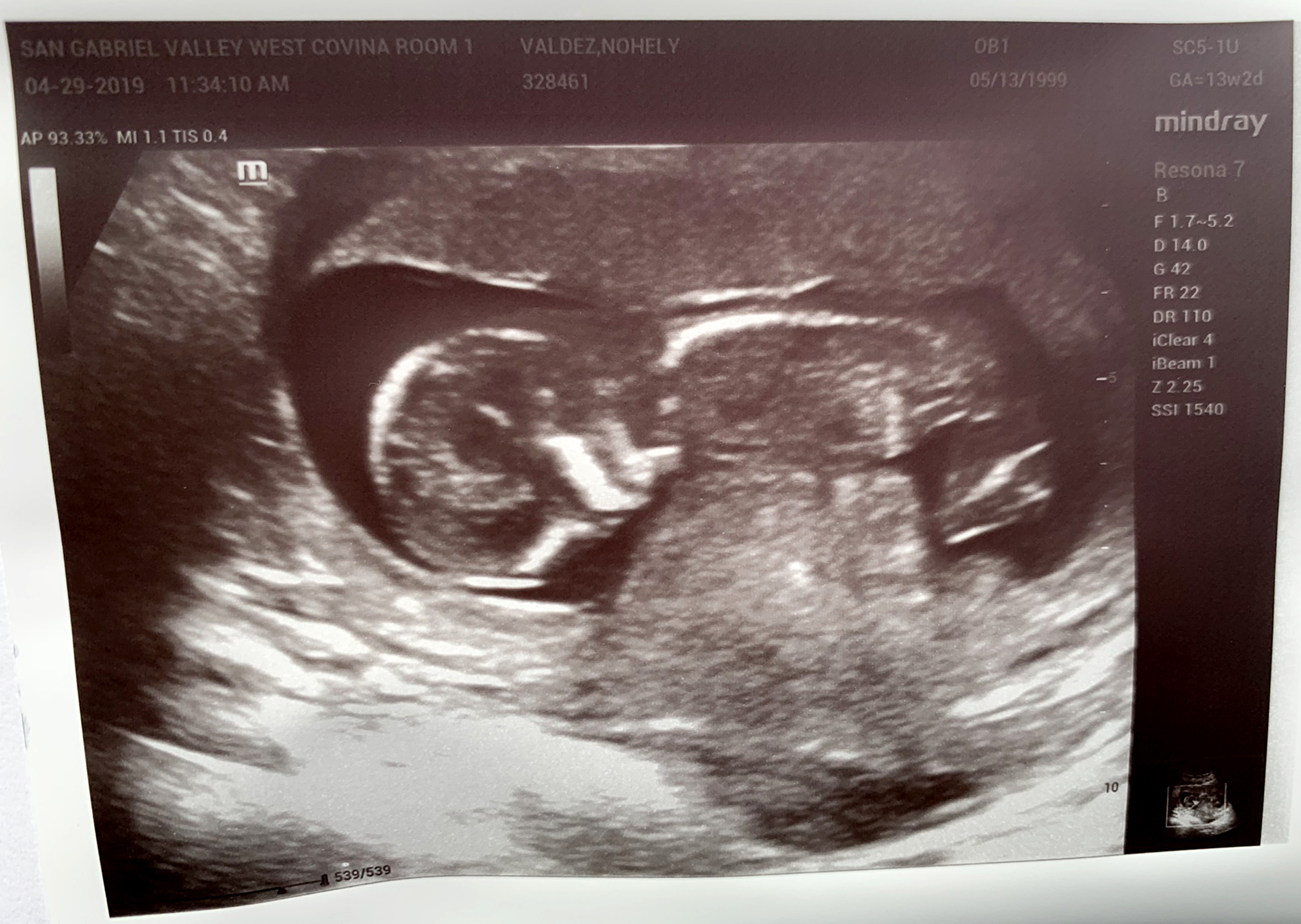 When Nohely came around, the two were given time alone with their daughter, who they named Leylah, and were able to pose for some poignant shots to remember her by.

Nohely said: "That was the hardest thing, seeing our little girl in front of us but knowing she had gone.

"There was a point where we had to hand her back over.

"It was horrendous saying goodbye. I’ll never forget the grief."

Despite pushing for answers, the couple claim no doctors have been able to tell them why Nohely went into early labour.

But they hope their YouTube videos – which also document their daily life as a couple – will raise awareness and help them heal.

Kevin said: "I wouldn’t wish this upon anyone. It’s the worst pain imaginable.

"But we’ve received so many messages of support and from people who have been through the same thing.

"That makes it all worth it."