WHEN Annie Tupou fell pregnant with her ninth baby, she thought that her family was complete.

She and husband Russell, 29, hadn’t been planning on having another baby – and had only found out two weeks before she went into labour –  but they were both overjoyed with the unexpected news. 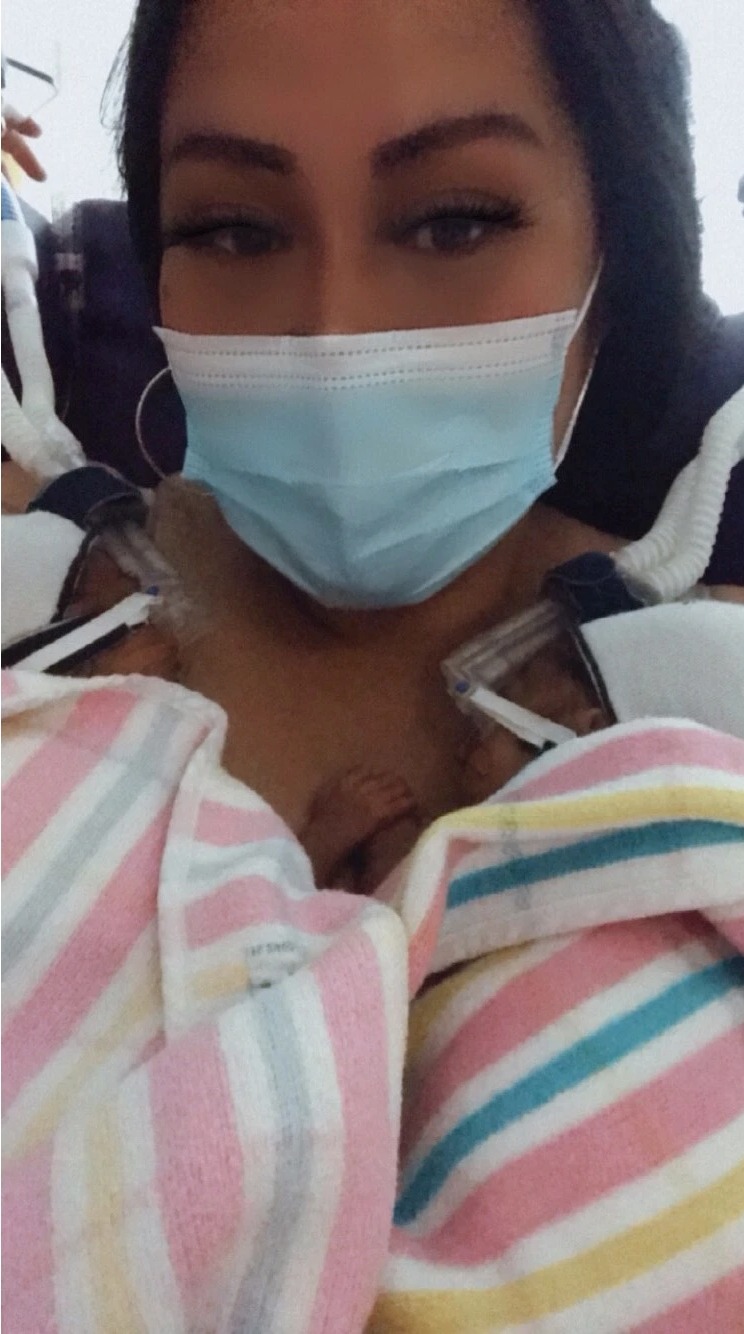 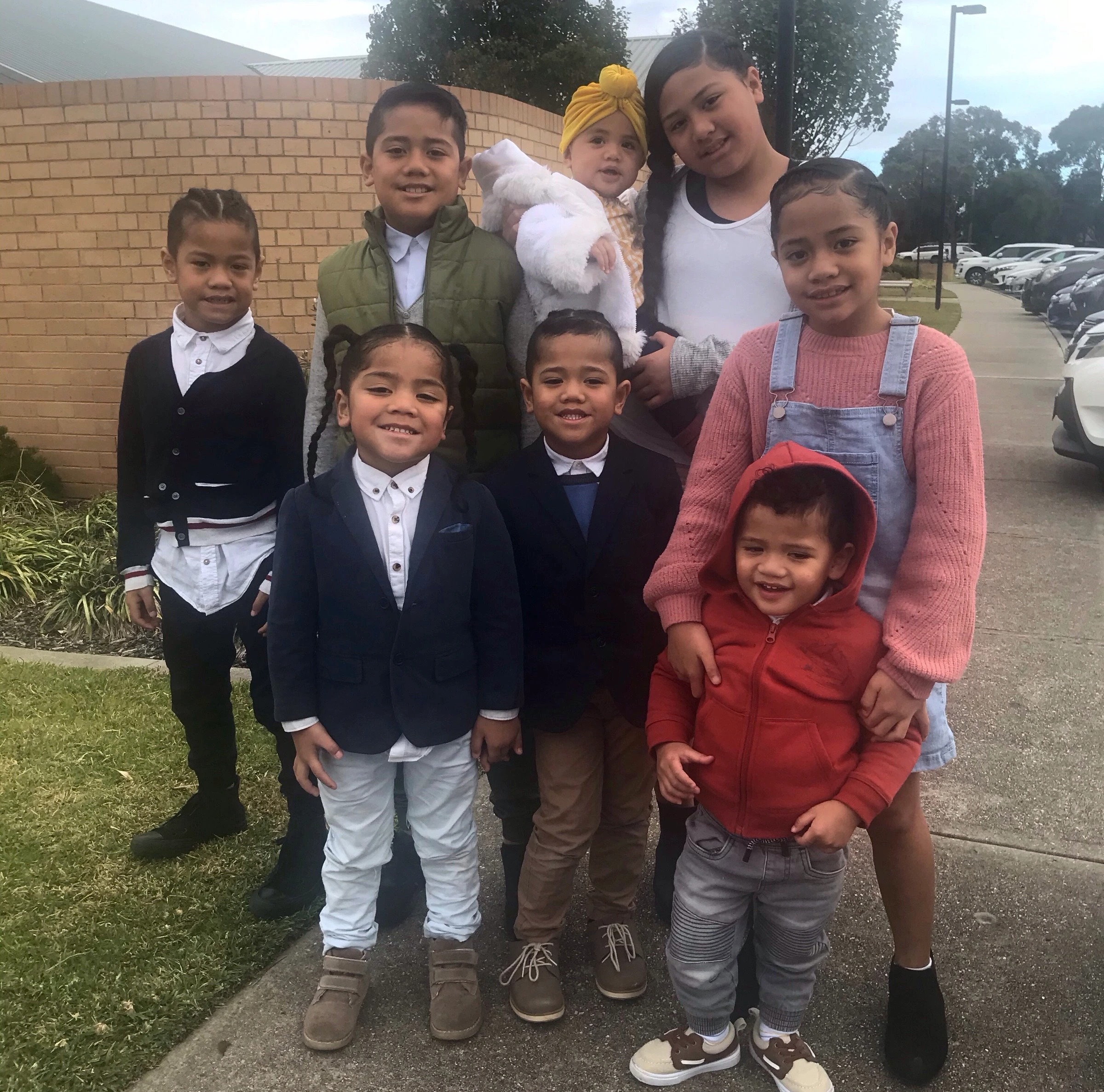 But when she went into labour and gave birth to their daughter Tililia, they were in for a massive shock.

The 33-year-old still was in pain after the birth, and when doctors looked, they could see another baby’s head crowning.

Their second twin daughter Leylani then made her surprise arrival just moments later – after the couple had no idea they were expecting twins.

Annie, who lives in Victoria, Australia, said: "I was in complete shock. I could have never imagined that not only would I not know I was pregnant and give birth just two weeks later – but then when a surprise second baby popped out too I just couldn’t believe it.

"Russell was away in Sydney, so after I’d given birth, I had to tell him that I’d just given birth to twins – our ninth and tenth babies. It was so surreal."

Despite already having eight kids Annie was studying to be a wedding planner but was forced to put it on hold when the twins were born.

It had been a shock to Annie when she found out she was pregnant. Despite having been pregnant eight times before, this time she hadn’t felt any movement or known she was pregnant until she was six months gone.

She said: "I had been feeling tired, so I’d done a pregnancy test and it was positive. I hadn’t felt any movements or anything that I’d felt with all my previous pregnancies, and when I went to see the doctor, and he counted back the dates, he reckoned I was about six months gone. For six months I’d not known that I was carrying baby number nine in my belly.

"I booked a scan for 14 days time, and we went home to break the news to the other kids. They were all thrilled at the thought of getting another brother or sister.

"A few days later, at the end of April, I was in bed watching films. The kids had all gone to bed but Russell was away in Sydney, so I was all on my own. It was rare that I got a few minutes to myself.

"Then suddenly a pain shot across my stomach. I didn’t panic, I thought they must be Braxton Hicks pains and they weren’t all that intense, so I just lay there telling myself that’s all it was. It was far too early at just six months into labour, so I thought they would stop shortly."

I could have never imagined that not only would I not know I was pregnant and give birth just two weeks later – but then when a surprise second baby popped out too I just couldn’t believe it.

Annie fell asleep but woke up a few hours later, and the pains were more intense. She phoned her husband Russell, who works six days a week at AC Construction, and whilst she was on the phone, she felt the baby’s head crowning.

"I hung up, called my mum who just lives down the road, and then dialled the emergency services for help," said Annie. "I’d given birth eight times already, and now I was giving birth on our bathroom floor. "

Her daughter Tililia was born moments later. Her umbilical cord was still attached to her stomach, and minutes later her mum arrived, followed by the ambulance crew.

Annie said: "They waited for me to push the placenta out, but after 30 minutes it hadn’t come, so they bundled me into the ambulance and took me to the hospital. I had to stay strong for my little girl. We got to the hospital and the doctors put Tiliila on oxygen straight away. And then the nurses turned to me and encouraged me to push the placenta out. It was so overwhelming, that I couldn’t even cry.

"I pushed half the placenta and then the pains started again. This time they were so intense. The nurse lifted up the sheet that was over me and shouted ’Code Blue’ More midwives rushed into the room.

"'That's not a placenta,' said one of them. 'That’s another baby.' I was gobsmacked and so were all the nurses and midwives. I’d been pregnant with twins and not even knew it. I’d gone into labour before I could have a scan so it wasn’t picked up that I was actually pregnant with twins.

People can’t believe it when we tell them we have so many children, but it's the best thing that’s ever happened to us.

"I was in complete shock I didn’t know what to say. 'You better ring your husband and tell him you’ve had twins,’ the midwife told me gently. They rushed the second twin out of the room quickly to check her over, but she was fine.

"The twins were so incredibly tiny, and I just had to pray they were strong enough to hold on. We couldn’t wait for them to be allowed home from the hospital, but they had to get stronger first. And day by day they made it through."

Eventually, they were allowed to bring them home to meet their eight brothers and sisters, who were all over the moon that they had come out of the hospital.

"The twins have definitely completed our family now," said Annie.

"Some people say that ten kids under ten is too much and that it will be a financial strain on us – but we just feel blessed by it.

"And we don’t have kids based on our bank accounts – we will manage. We have our family supporting us, and we’ve done fine so far raising eight kids, so an extra two won’t be more of a strain.

"People can’t believe it when we tell them we have so many children, but it's the best thing that’s ever happened to us." 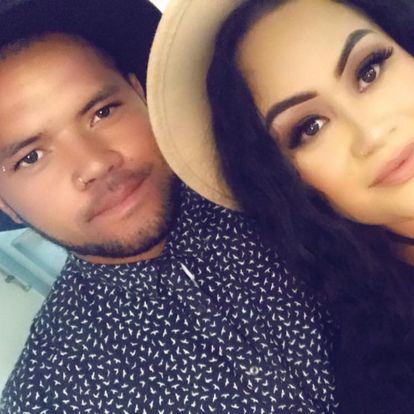 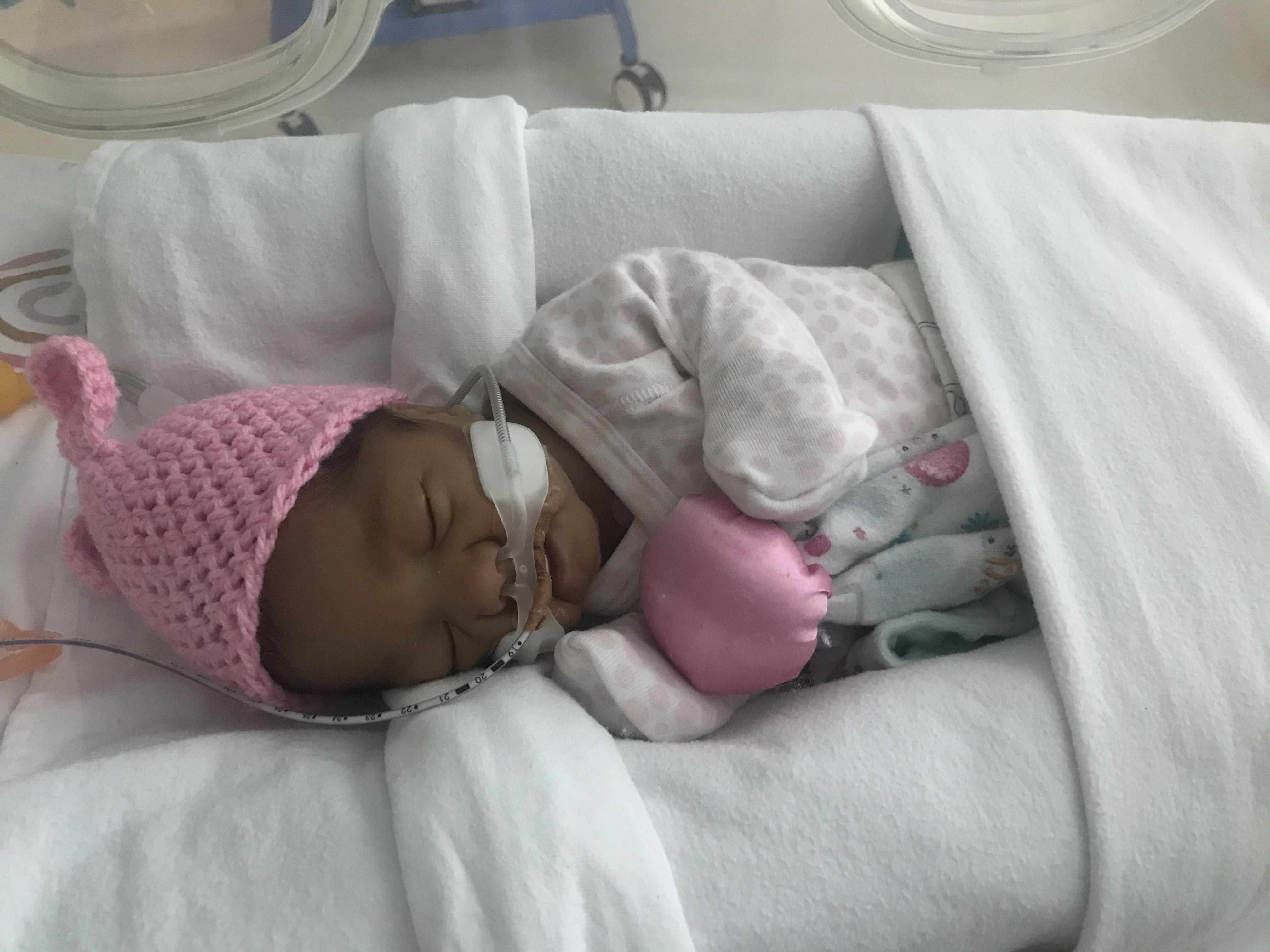 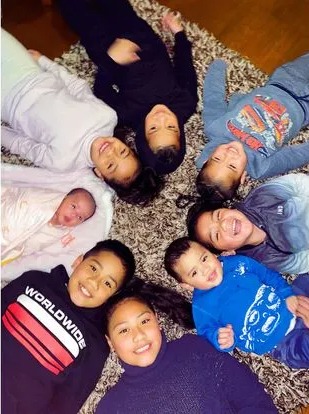 In more real life news, this woman was told she was having girls during FIVE scans so she spent £500 on clothes… then ended up with triplet boys.

Plus, meet the 31-year-old mum-of-12, she first gave birth at 16 and says her older kids help to raise the younger ones.

And one woman shares 'my midwife told me to ‘hurry up’ in labour as her shift was ending – she left my placenta in, it fell out 7 days later'.