A PLUS SIZE woman has been slammed by trolls who tell her to "wear Spanx," but she refuses and flaunts her figure in bikinis instead.

Abby Bible, a self-proclaimed “unapologetic fat gal and fashion lover,” is not letting the haters get her down. 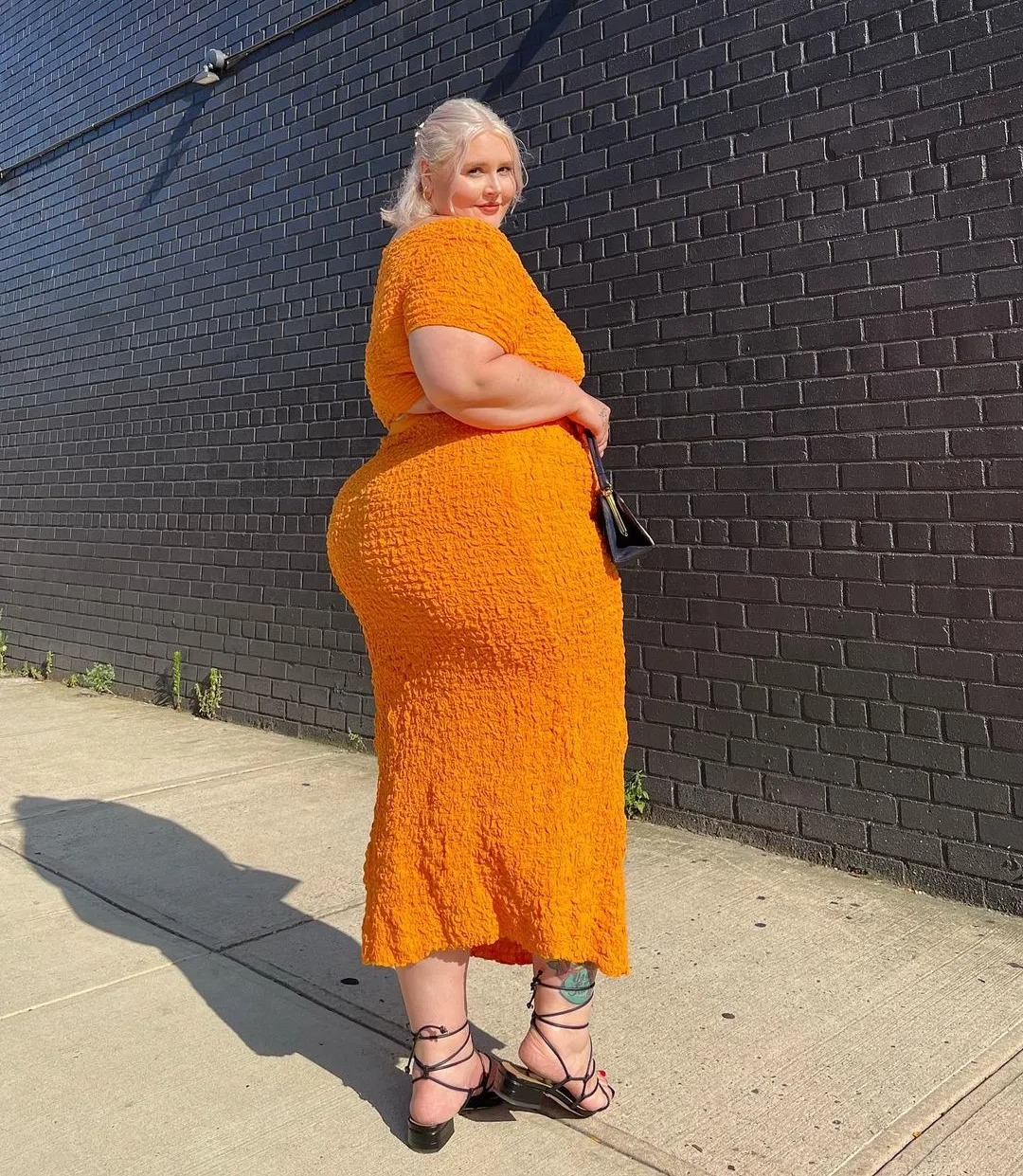 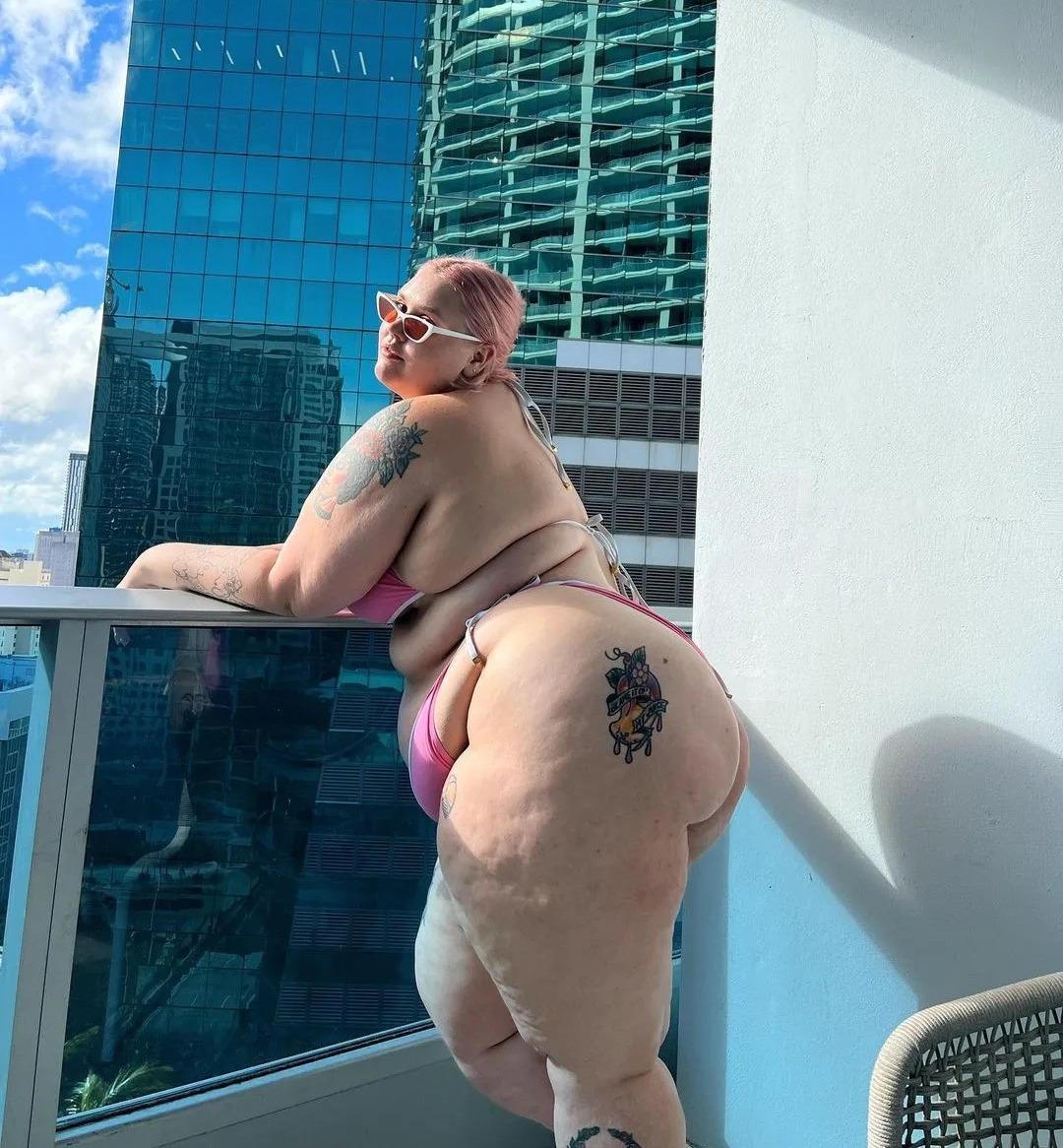 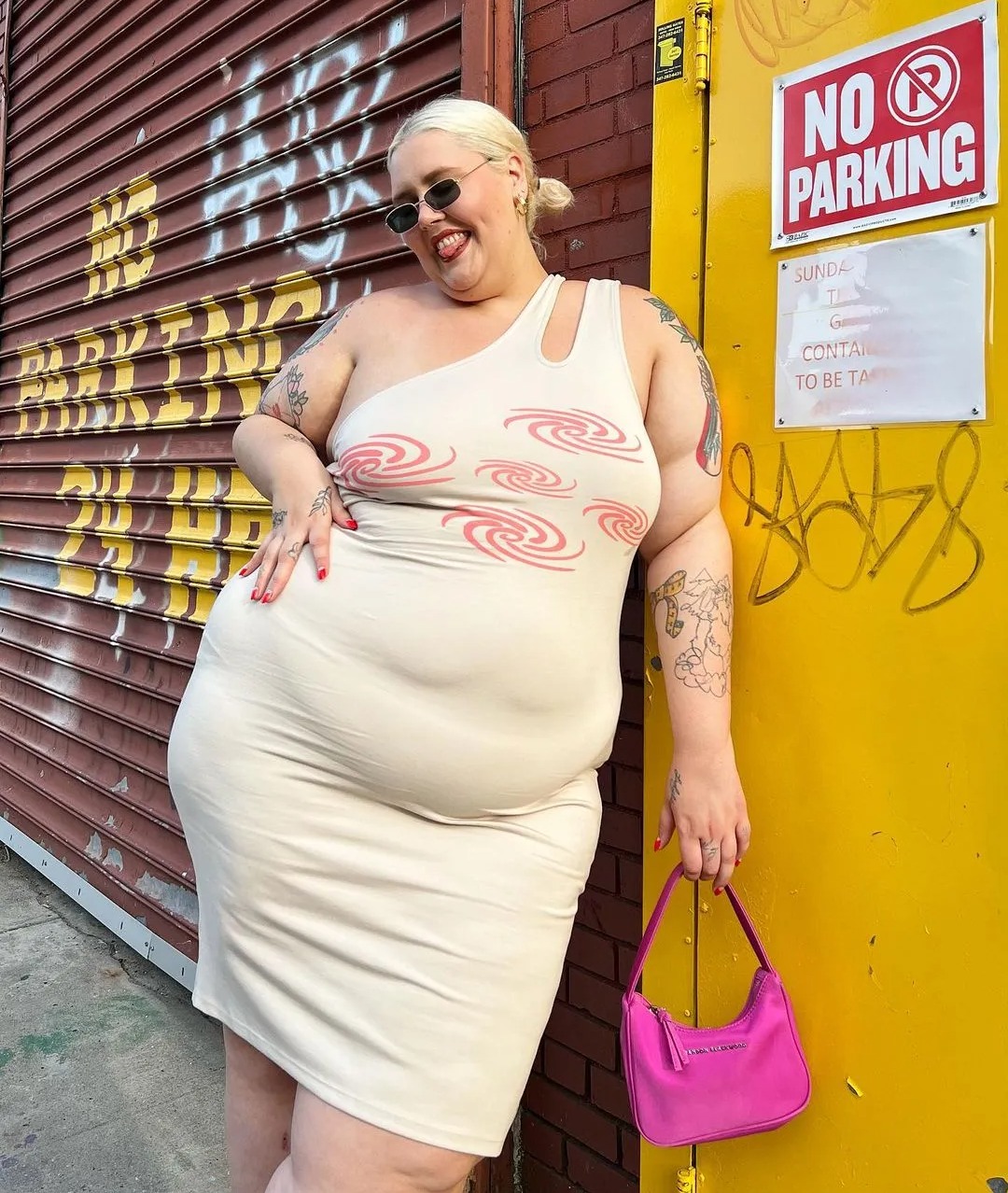 As a result of her stylish outfits and optimistic attitude, Bible has garnered a huge following.

Though her social media platforms are overflowing with love, Bible does have to deal with the occasional troll.

She chooses to face the hate head-on, sometimes sharing the comments with her loyal followers.

In one of her videos, she shared that people often give their two cents about the type of underwear they think she should be wearing.

"The amount of people telling me I need to wear a bra and Spanx lately is ABSURD,” she wrote.

She then said that all she wants to do is "free the t***ies."

Bible isn't afraid to show off some skin. She previously posted a photo in a micro bikini on Instagram.

She captioned the snap: "We need to see more fat girls on yachts ASAP."

Previously, Bible also uploaded a photo of her eating a hot dog, already anticipating the spew of hate she was bound to receive from trolls.

“I love the power of knowing how many people will get pissed off a fat person is gleefully eating a hot dog on the internet,” she wrote.

In another photo caption, Bible thanked her supporters.

She wrote:“So I hit 50k [followers] yesterday?!? It is mind-blowing to me that anybody wants to hear about my life or my fashion choices.

“Sometimes I get so discouraged by how hateful people on the internet can be, but knowing that I could make at least one person smile or take a baby step towards loving themselves more, makes it all worth it.

"So thank you all for being here."

Bible's Instagram is a safe space and inspiration for women who are trying to feel confident in their own skin.

While challenging societal norms, Bible shows people that style is boundless, encouraging them to experiment with their own pieces.

All the while, she is getting out of her comfort zone as well.

“For so many years, I was hesitant to wear sneakers and no makeup out,” she once said in a caption.

“I thought I had to constantly look ‘put together’ as a fat person. But y’all… fat people are allowed to be casual too!”

She added: “Years ago I would’ve never worn something oversized in fear of looking bigger. Aka my own internalized fatphobia.

"But fashion is way more fun when you stop worrying about what’s ‘flattering’ and instead wearing what simply brings you joy.”

Bible's content positively influences thousands of people, who make this clear via comments on her photos.

"Your whole page gives me the confidence to be unapologetically myself and I love it. You're beautiful!" one person wrote.

“We have a similar body type and you inspire me to dress how I want!!!” added another. 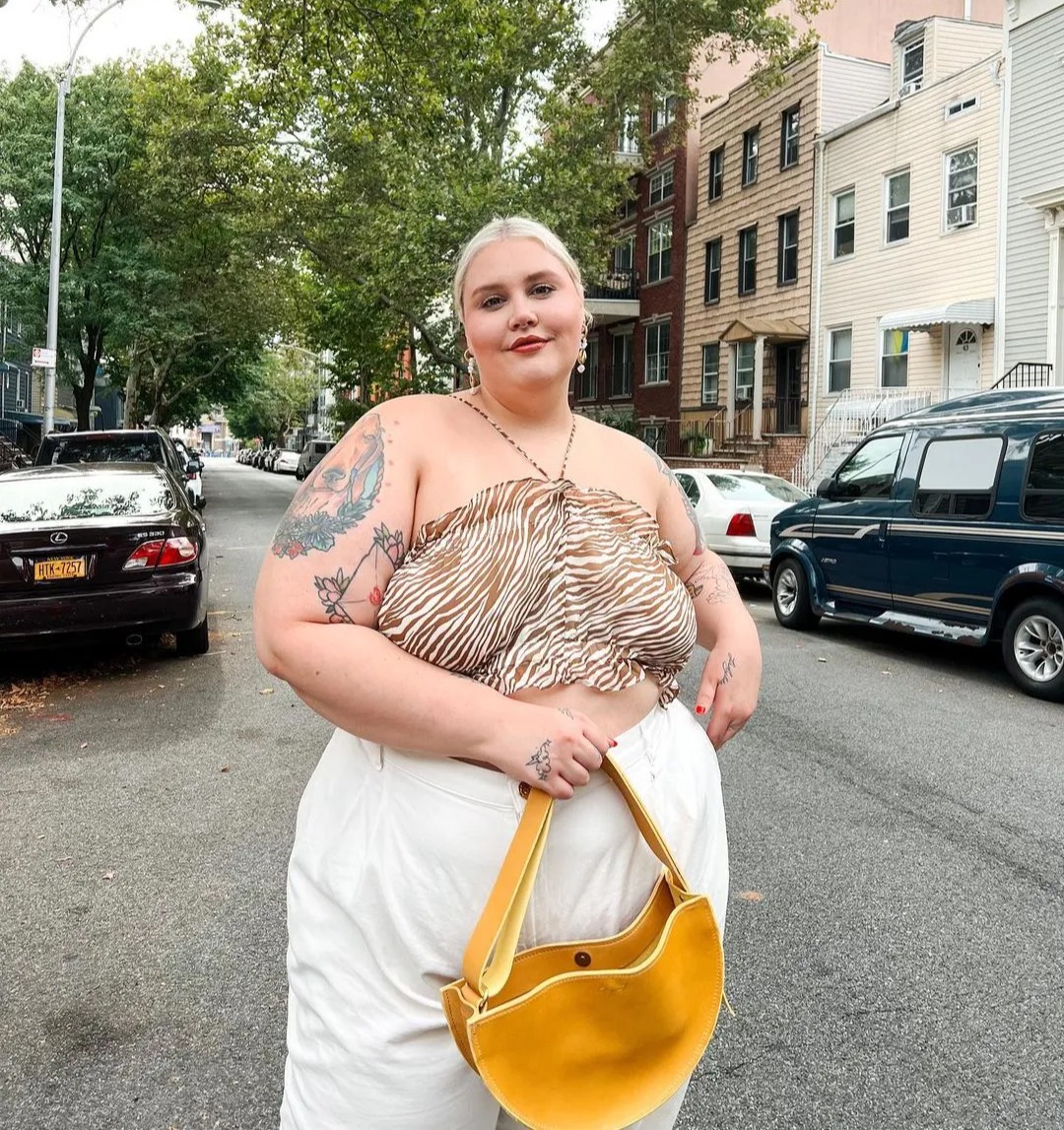 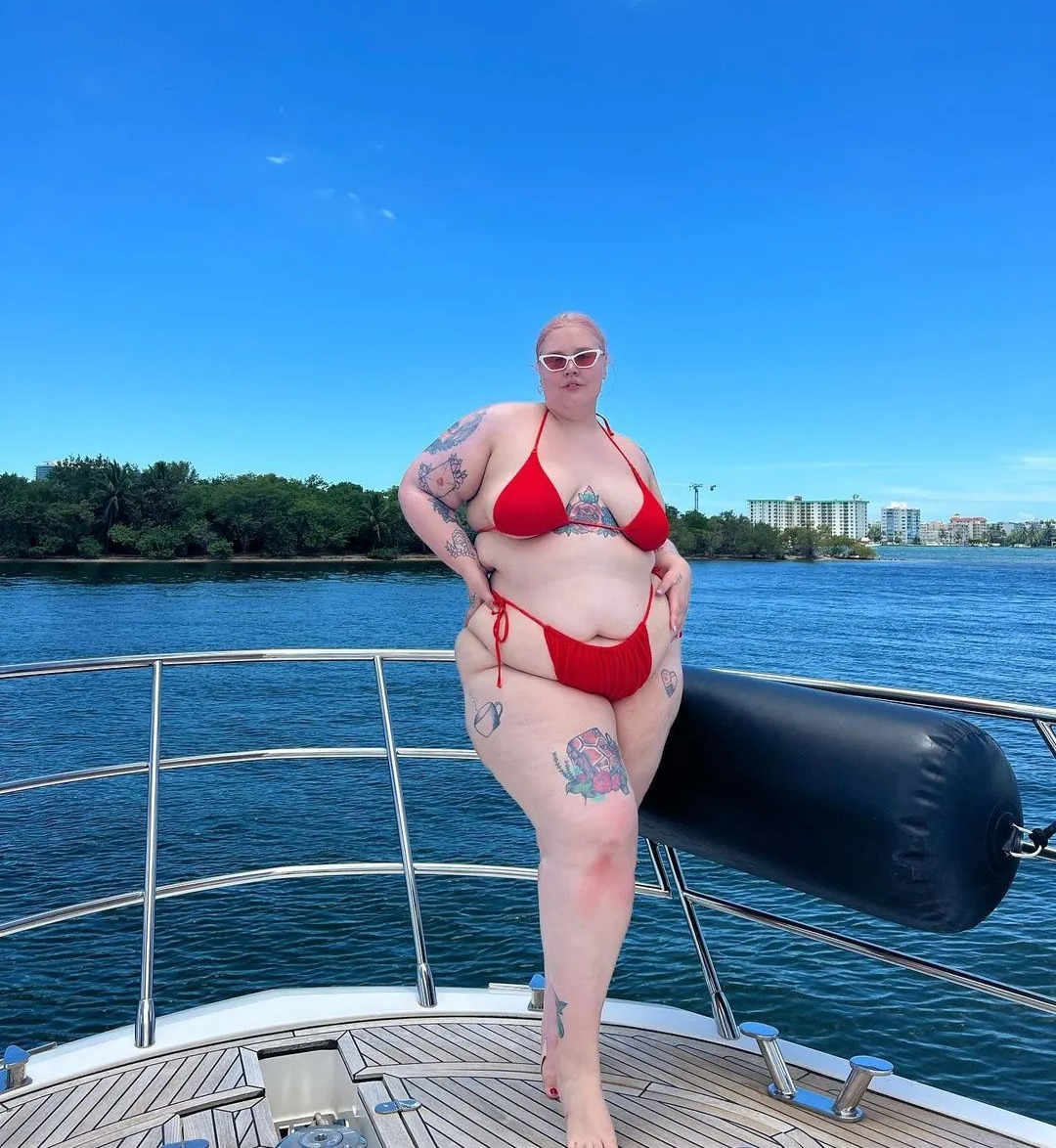