MEN are ‘in denial’ about their receding hairline for two-and-a-half years before admitting they are thinning out on top.

A poll of 2,000 men aged 25-50 found almost a tenth even buried their head in the sand about their hair status for a decade or more. 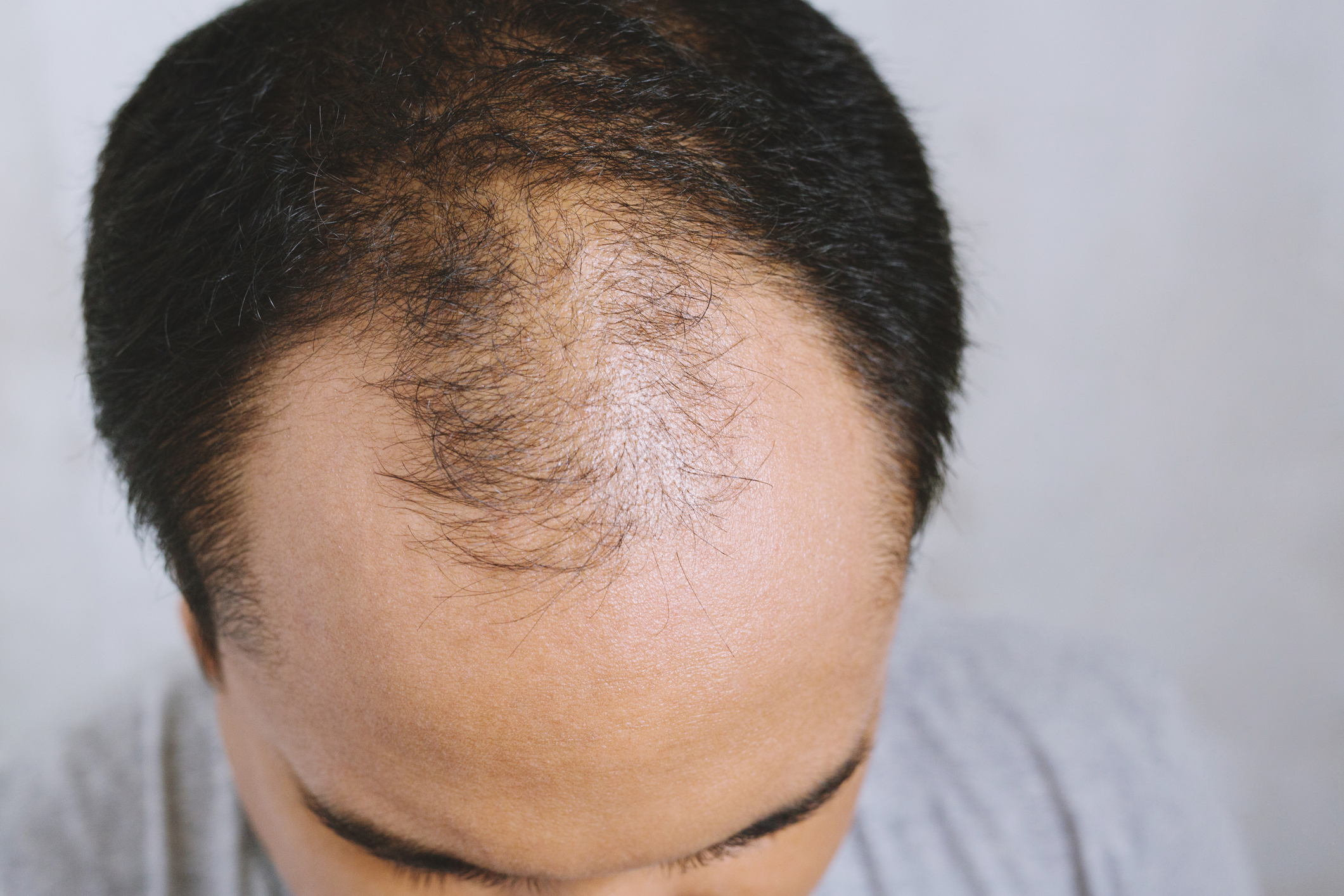 Worrying it would make them look older, or they’d be less attractive in general topped the list of reasons men tried to hang onto their thinning hair.

And a third worried their friends would make fun of them if it became too wispy.

Sara Traversi, from haircare brand NIOXIN, which commissioned the research, said: “Men losing their hair has been happening forever, yet it’s still not easy to cope with.

“It can rock confidence and leave men feeling anxious or embarrassed. 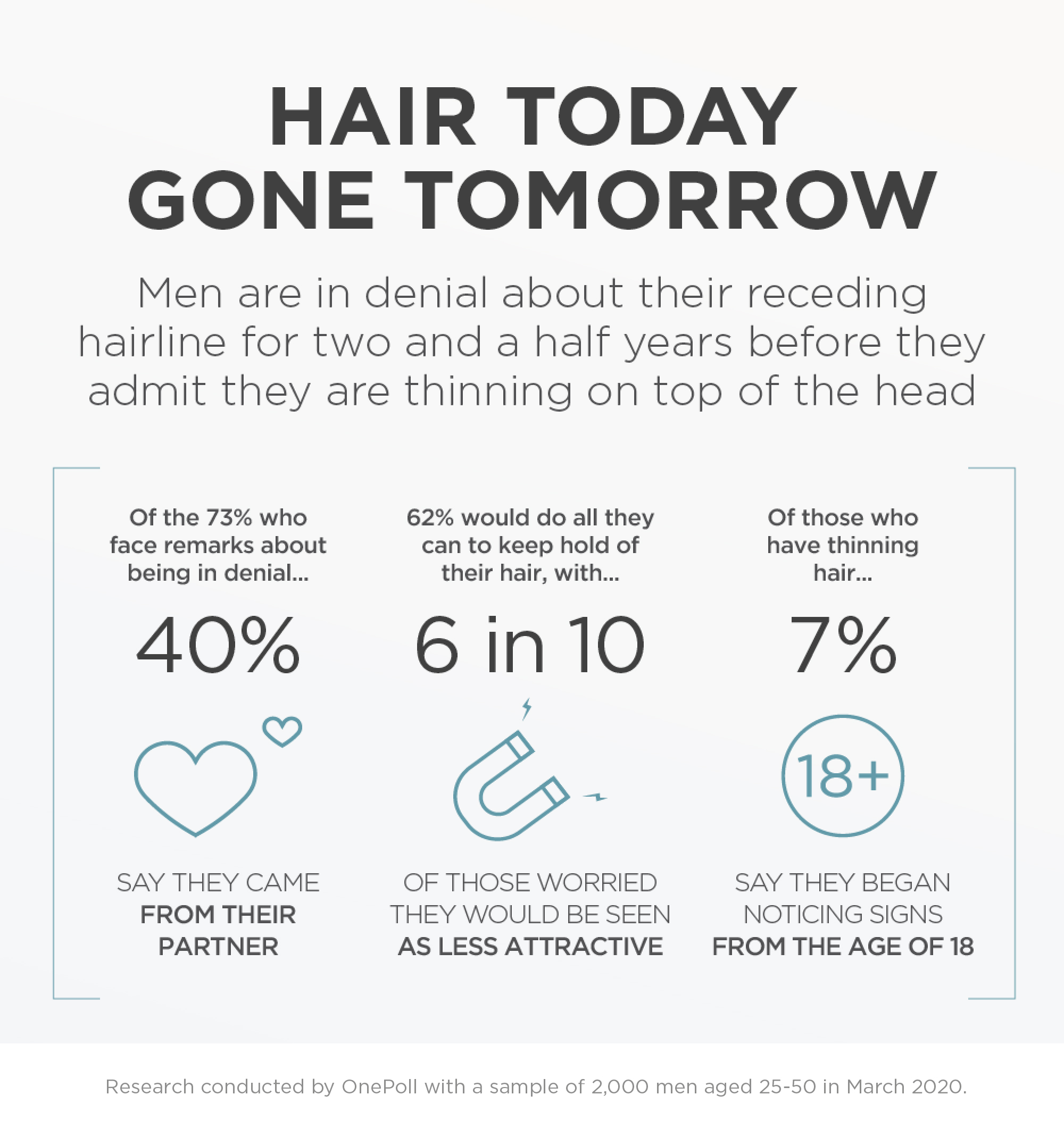 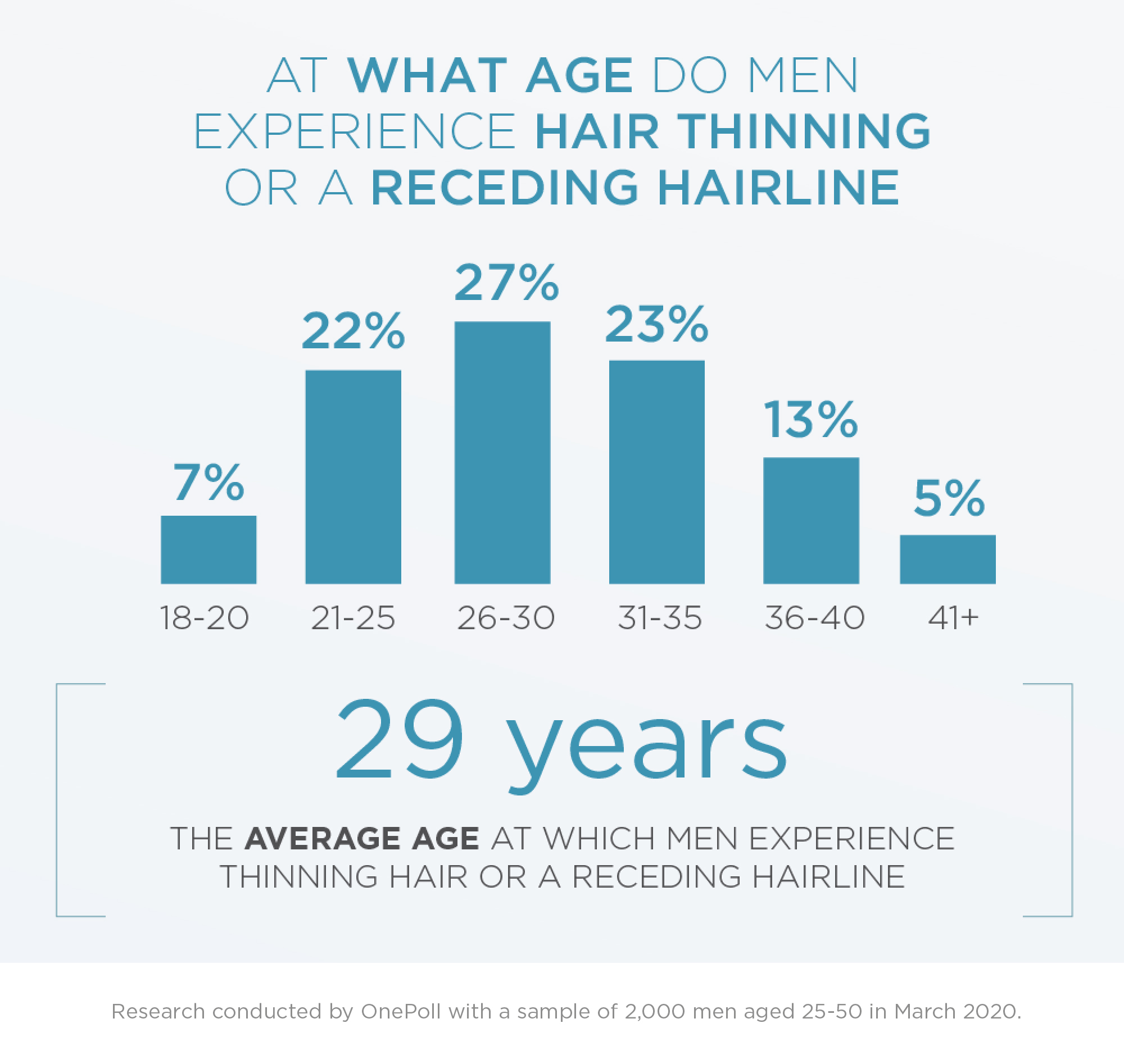 “As a result, many will try to pretend it’s not happening – especially when it’s in the early stages and is easy to hide.

“The fact that hair thinning is so common in men doesn’t seem to make it any less distressing for them to go through.”

The study also found that, typically, men who experience hair loss will see it start to happen between the ages of 26 and 30. 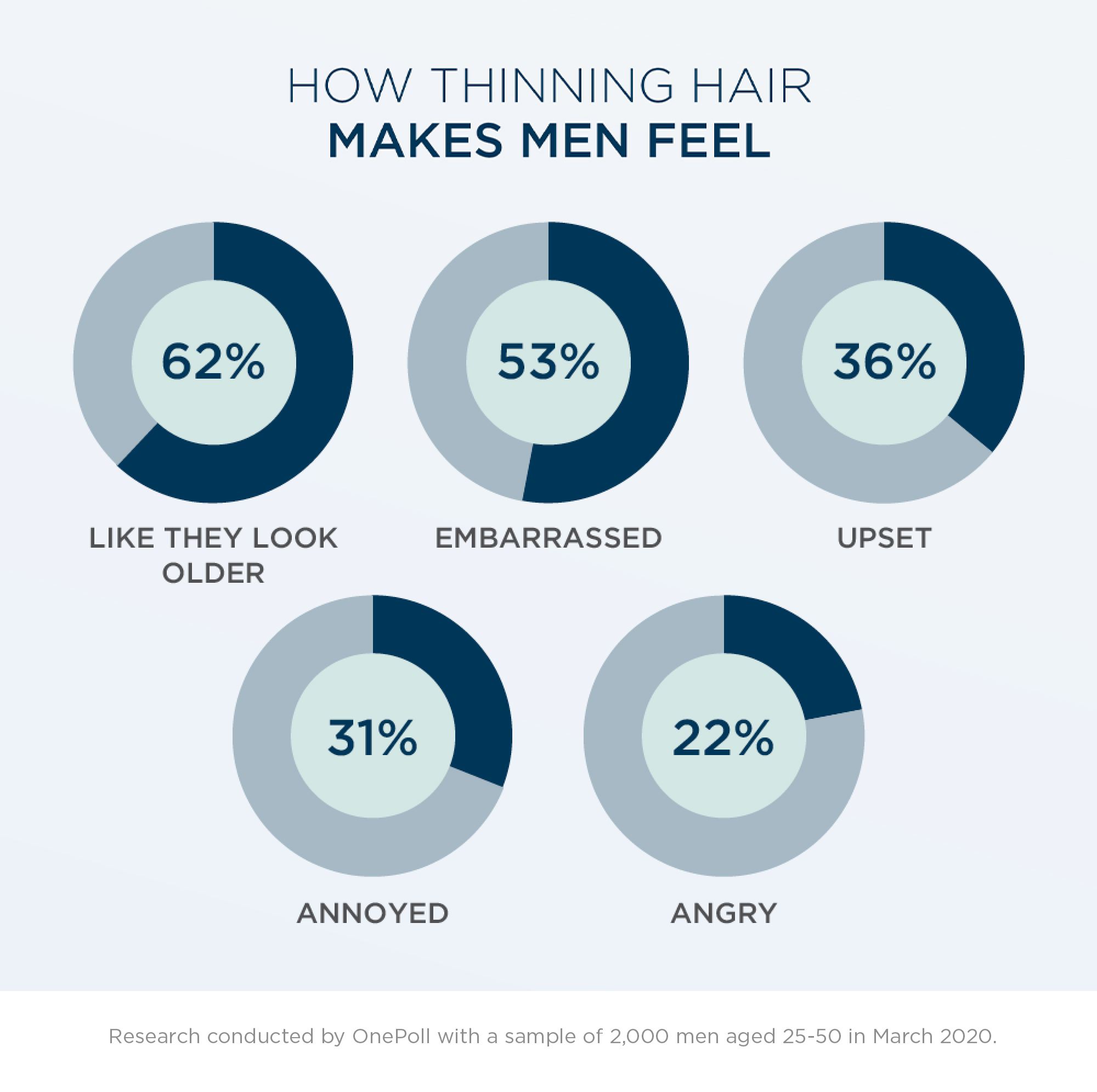 However, seven per cent reported that they began noticing signs from as young as 18.

For seven in 10, they had other people point out their thinning hair, with more than a quarter facing remarks from their work colleagues and almost one in 10 even getting comments from their boss.

But although 53 per cent were left feeling embarrassed and 36 per cent upset, more than three in 10 said the observations made them realise their hair was thinning out.

And 70 per cent said it made them more inclined to try using products designed to stop it.

It also emerged 47 per cent of men were, or would be, gutted to realise their hair was thinning with 62 per cent admitting they would do all that they could to hold onto it as long as possible.

Almost six in 10 of those worried they would be seen as less attractive without their full head of hair while 62 per cent felt they would look older. 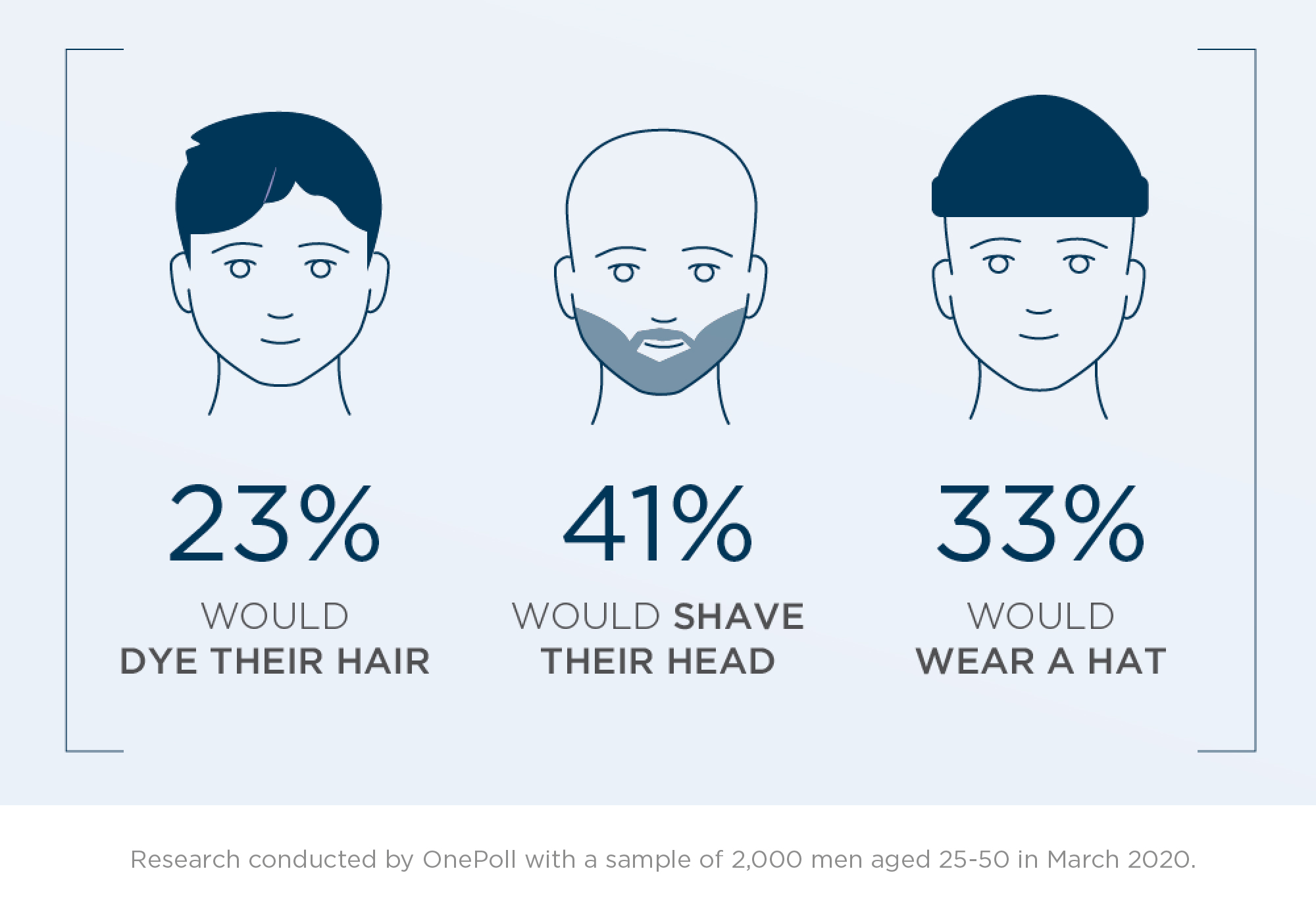 However, while 41 per cent admit defeat and simply shave their hair off when it starts to recede or thin out, a third wear a hat to hide it while 29 per cent style it in a different way.

It also emerged more than half of men feel their confidence would be hit by having thinning hair, with one in five cancelling a date or calling in sick because they were feeling self-conscious about it.

Despite this, 45 per cent men aren’t using, or wouldn’t use, any products to try and combat their thinning hair.

And even of those who do, more than four in 10 wait at least a couple of months before trying it out.

But they are prepared to wait an average of three months to see results. 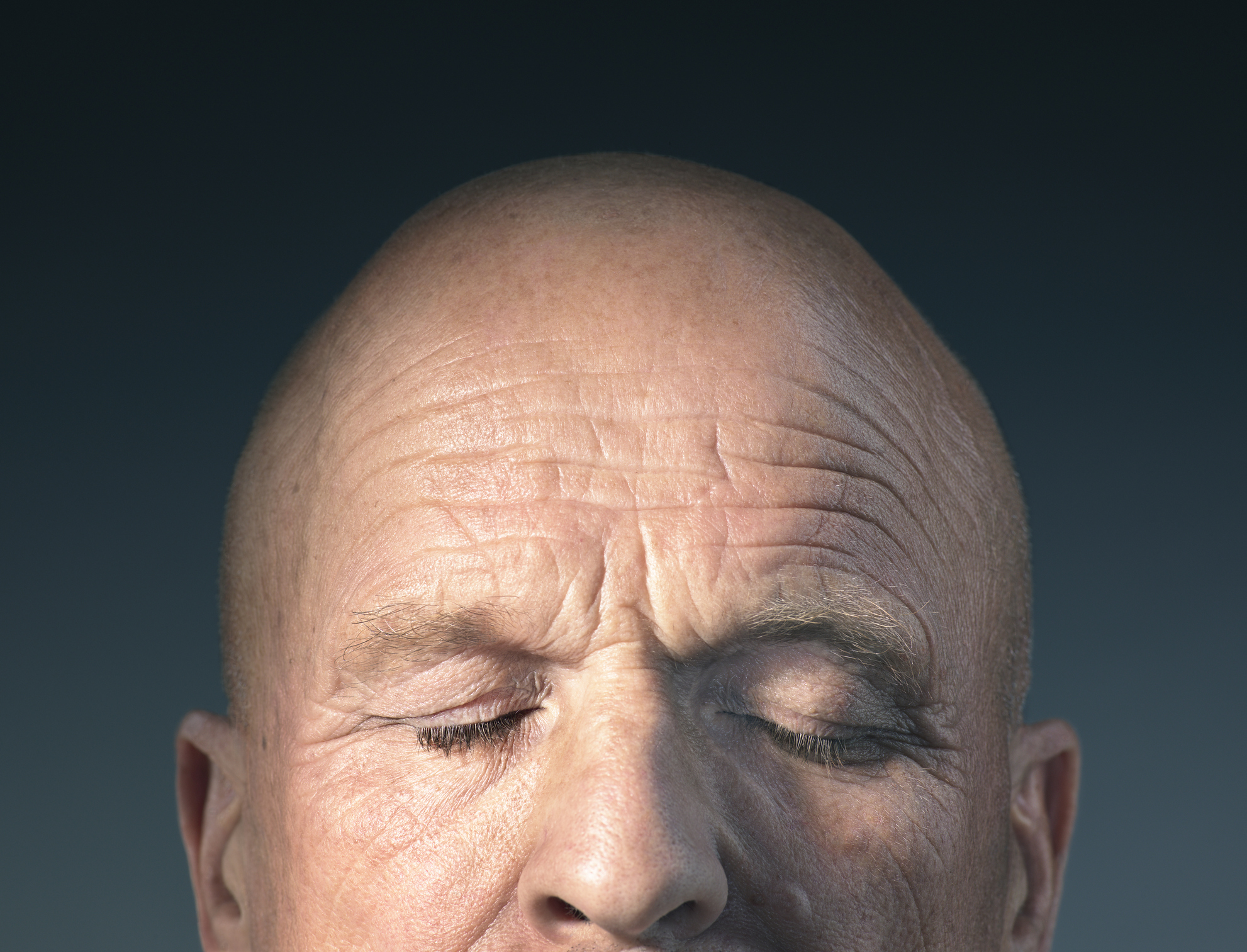 Sara Traversi from NIOXIN added: “There are lots of conflicting stories, myths and old wives’ tales about why hair loss happens and how to treat it.

“Many believe that it’s hereditary from your mother’s side, which isn’t necessarily true.

“While others have been told that having a ‘cow’s lick’ means you’re less likely to lose your hair, which again doesn’t have any scientific evidence behind it.

“However, science is making great strides in helping men regain hair through different products, and replenishing thickness in what they’ve got left – which is good news for men worried about losing it.”

Women are losing their hair in lockdown – and five remedies to save your locks.

And these are the best shampoos for hair loss. Kate Middleton’s home: A rare peek at the Duchess’ stunning family home as brother James shows it off on Instagram
World News