Don’t worry — Modern Love is still a column and a podcast. But, as you may recall, it’s also a series on Prime Video. Beginning Aug. 13, you can watch eight new episodes.

The show’s second season will begin streaming on Aug. 13 on Prime Video.

-What was your name? -Katie. Katie, okay. I’m Alexa. Hey! There she is. Cheers. -So you want me to call you? -If you want. But I realize I might be coming off like some kind of gross late-night guy. -You’re not gross. -No? I just spent the night with the woman of my dreams. Good for you. Where’d you meet? <i>I used to be married to her.</i> <i>Why don’t you text her?</i> -I don’t have her number. -How are you gonna contact this woman? <i>We arranged to meet on the train</i> <i>two weeks from now.</i> She’s never gonna show. <i>I really just don’t wanna</i> <i>give you the wrong idea.</i> <i>I don’t understand.</i> I really don’t want to lead you on. Why did you kiss me? I truly hope you find happiness. -Do you? -Of course. You’re my little girl. I know you have feelings for me. You are my best friend. We can only be as happy as we allow ourselves to be. -It’s my first night out in a while. -Mine, too. I love you and I miss you. <i>Love comes in all forms.</i> <i>The whole world exists just for you.</i> It’s a fairytale. How does it end? 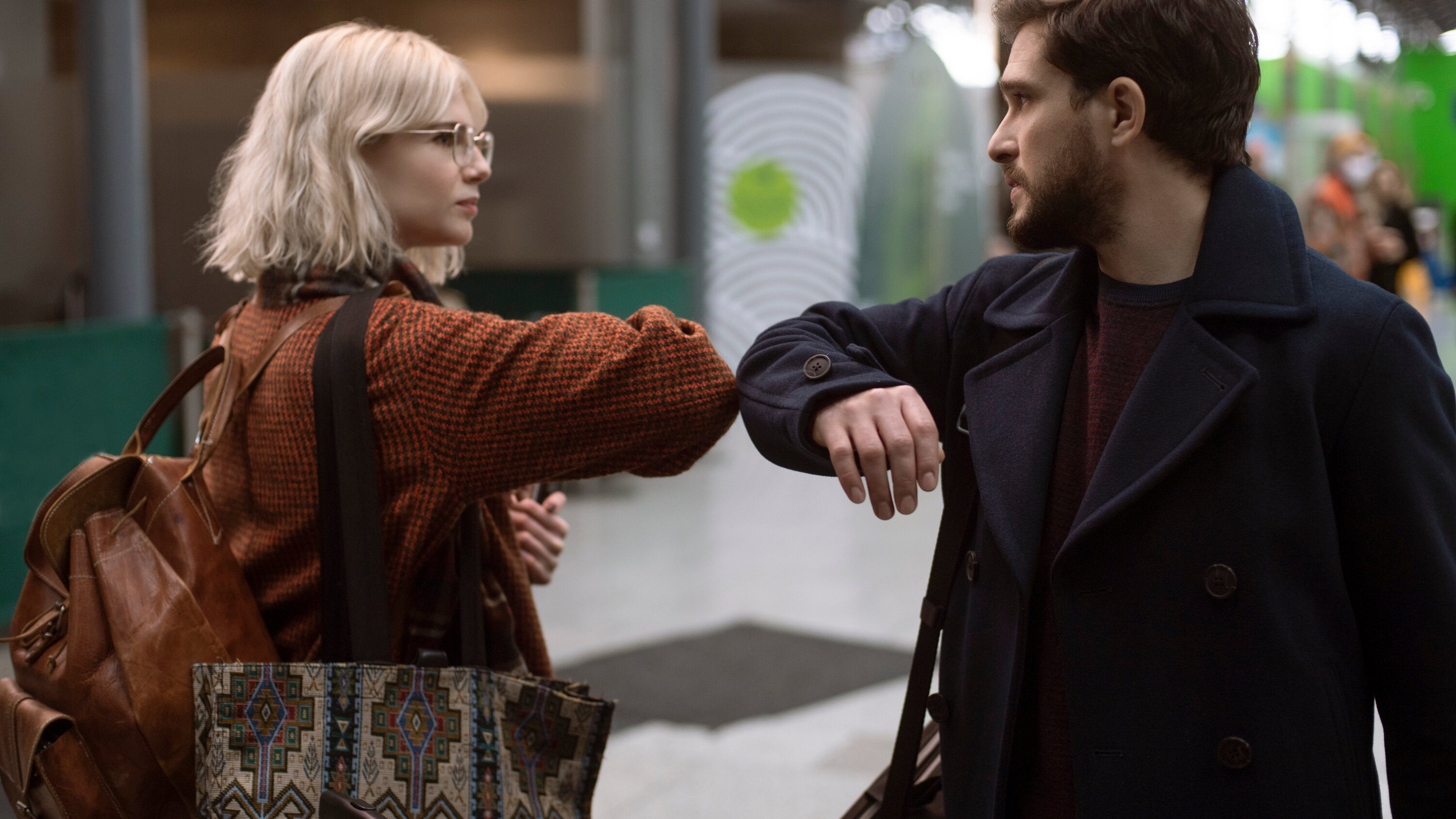 Nearly two years ago, “Modern Love” premiered worldwide as an eight-episode streaming series on Prime Video. Inspired by essays from the Modern Love column, the episodes explored love in New York City in many forms, including dating with bipolar disorder and a gay couple adopting a baby girl.

The show’s second season, which will begin streaming on Aug. 13, goes international, with three episodes set in Ireland (along with five in New York).

Also new this season: One of the episodes, “Strangers on a Train,” starring Kit Harington and Lucy Boynton, was inspired not by a Modern Love essay but by one of our Tiny Love Stories. John Carney, the executive producer and showrunner, took a mere 100 words and spun it into a 30-minute romantic comedy about two young people who meet on a train from Galway to Dublin at the start of the pandemic.

Other episodes feature a widowed doctor (Minnie Driver) who can’t let go of her first husband or his car, a middle-school girl (Lulu Wilson) wrestling with sexual awakening, a soldier (Garett Hedlund) who returns from Afghanistan to face the breakup of his marriage, a young woman in Brooklyn (Dominique Fishback) who gets “friend-zoned” — for years! — by the guy (Isaac Cole Powell) she adores, a divorced couple (Tobias Menzies and Sophie Okonedo) who may find their way back to each other, and many more.

Watch the full season on Aug. 13 on Prime Video.