A MUM has left people in stitches after baking a spooky Halloween cake that looks like a "horrifying mess".

The woman shared a snap of her multi-tiered homemade creation online – and social media users admitted they were "terrified". 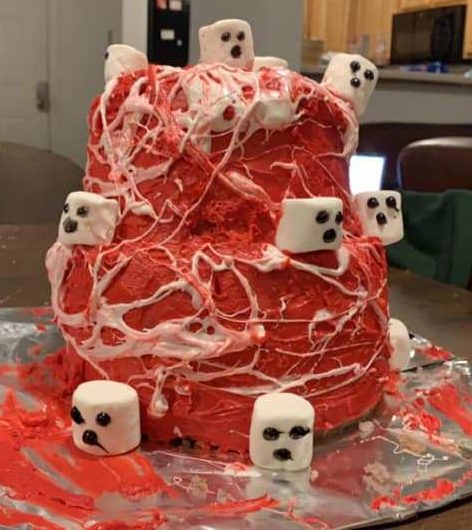 To get in the mood ahead of October 31, the mum had turned to Pinterest for a little scary inspiration.

She settled on recreating an impressive 'Marshmallow Web Ghost Cake' complete with marshmallow ghosts and cobwebs made from icing.

However, despite her best efforts, the finished result was the stuff of nightmares.

In a snap posted to Facebook – alongside, hilariously, the original as a reference point – the 'cobwebs' appeared to have been applied rather haphazardly and the 'ghosts' looked barely recognisable. 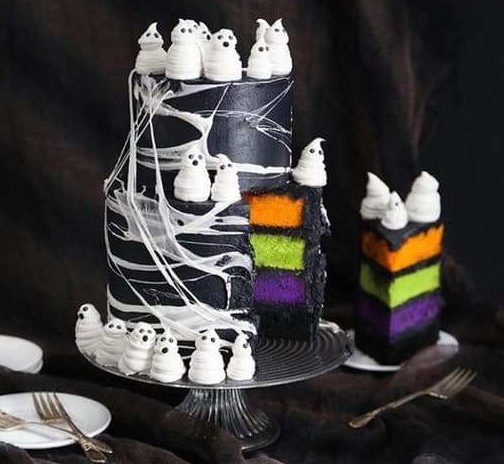 What's more, the tiers seemed to have slipped, giving the cake a rather lopsided appearance, while the food colouring of the 'rainbow' sponge layers inside came out much less bright than intended.

Instead of black, she used red icing on the outside – leaving fellow Facebook users squirming at the gory-looking result.

One person wrote: "Well, the horrifying part is spot on!"

Another commented: "I'm absolutely terrified of this cake." 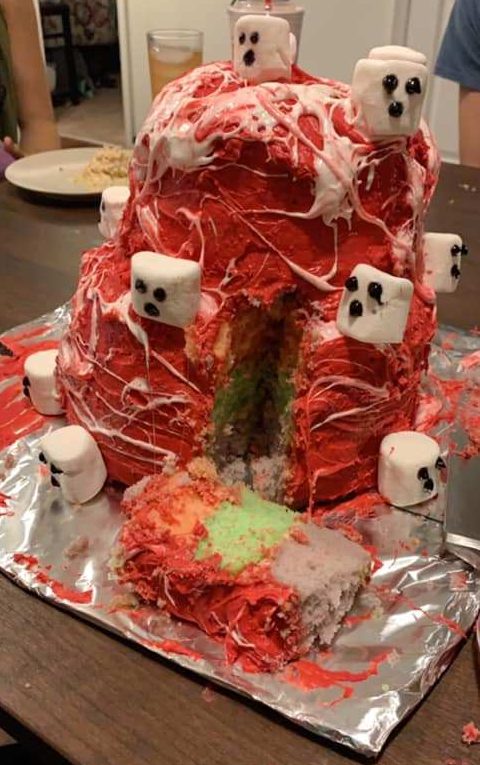 A third joked: "Nailed it."

And a fourth added: "It looks like period sex…"

Several didn't even realise that the two cakes were meant to be the same.

One person admitted: "I did not connect it was supposed to be the same cake for a really long time."

Another teased: "It's the same, except completely different."

In other Halloween news, the Broomstick Ride sex position is casting a spell over couples.

We also revealed how the bloody bum is the gory new glitter trend to go viral.

And Pandora is selling a special Halloween collection featuring pumpkins and ghost charms.