THE MUM of an in-demand model with Down's Syndrome has denied accusations she is a "pushy parent".

Roseanne Stuart has hit back at suggestions she is a "momager" who is forcing her 22-year-old daughter Madeline into the limelight after she walked 18 fashion shows in a month. 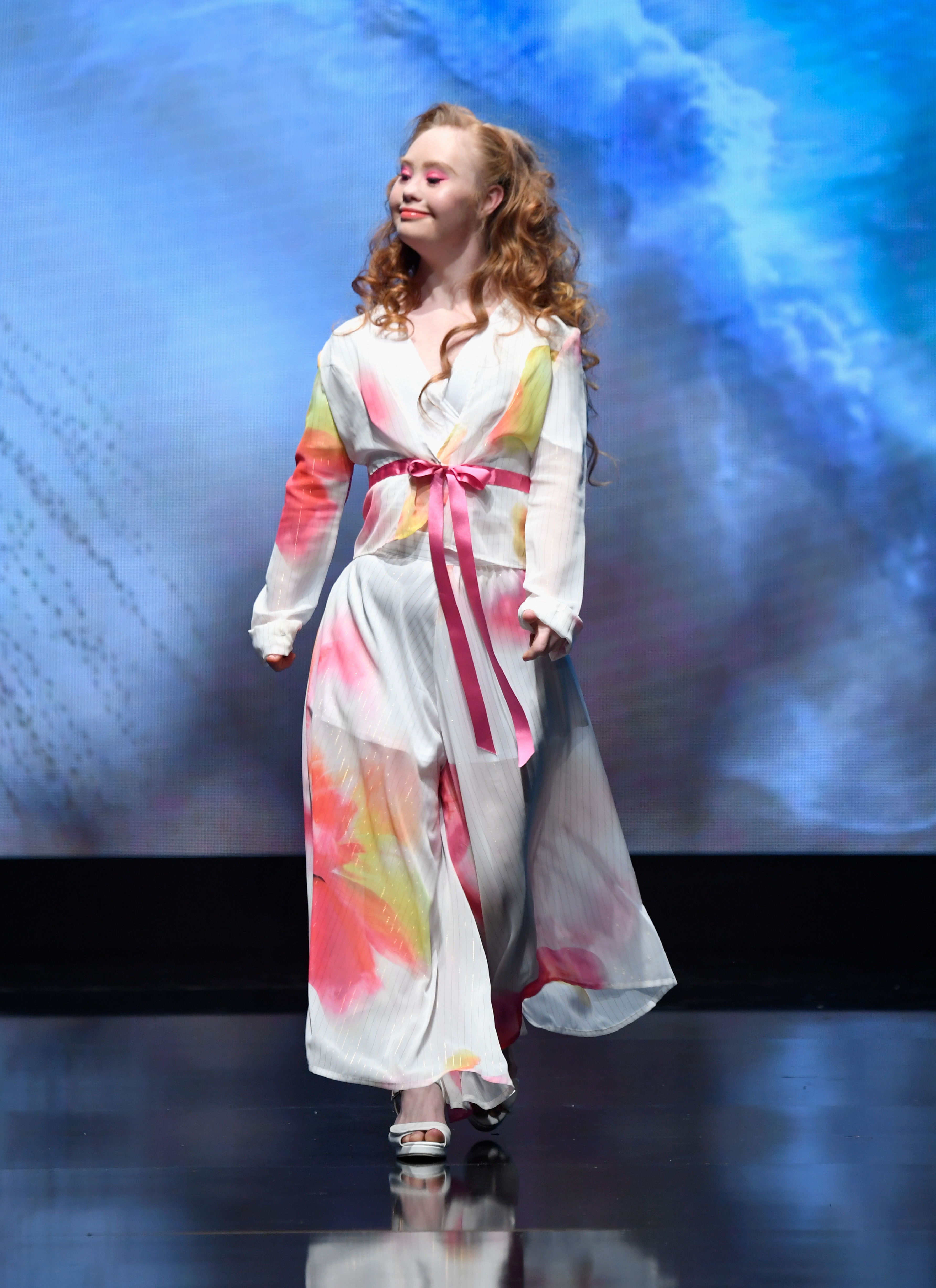 During September's London and New York Fashion Weeks, the Australian model – who was born with the genetic condition associated with learning disability and certain physical characteristics – took to the catwalk for designers including Tommy Hilfiger.

However, her mum has been forced to defend herself against accusations she is forcing her daughter into a glamorous career, which has already seen her take part in more than a hundred shows, as well as star in campaigns for Diesel, feature in Vogue and rack up 308k followers on Instagram.

"People say I’m a pushy mum all the time," said Roseanne, who is based in Brisbane, to the Daily Mail, insisting that having an intellectual disability doesn't mean she isn't capable of making decisions.

"Come and spend a couple of hours with us and then you’ll see who’s boss. It’s not me!” 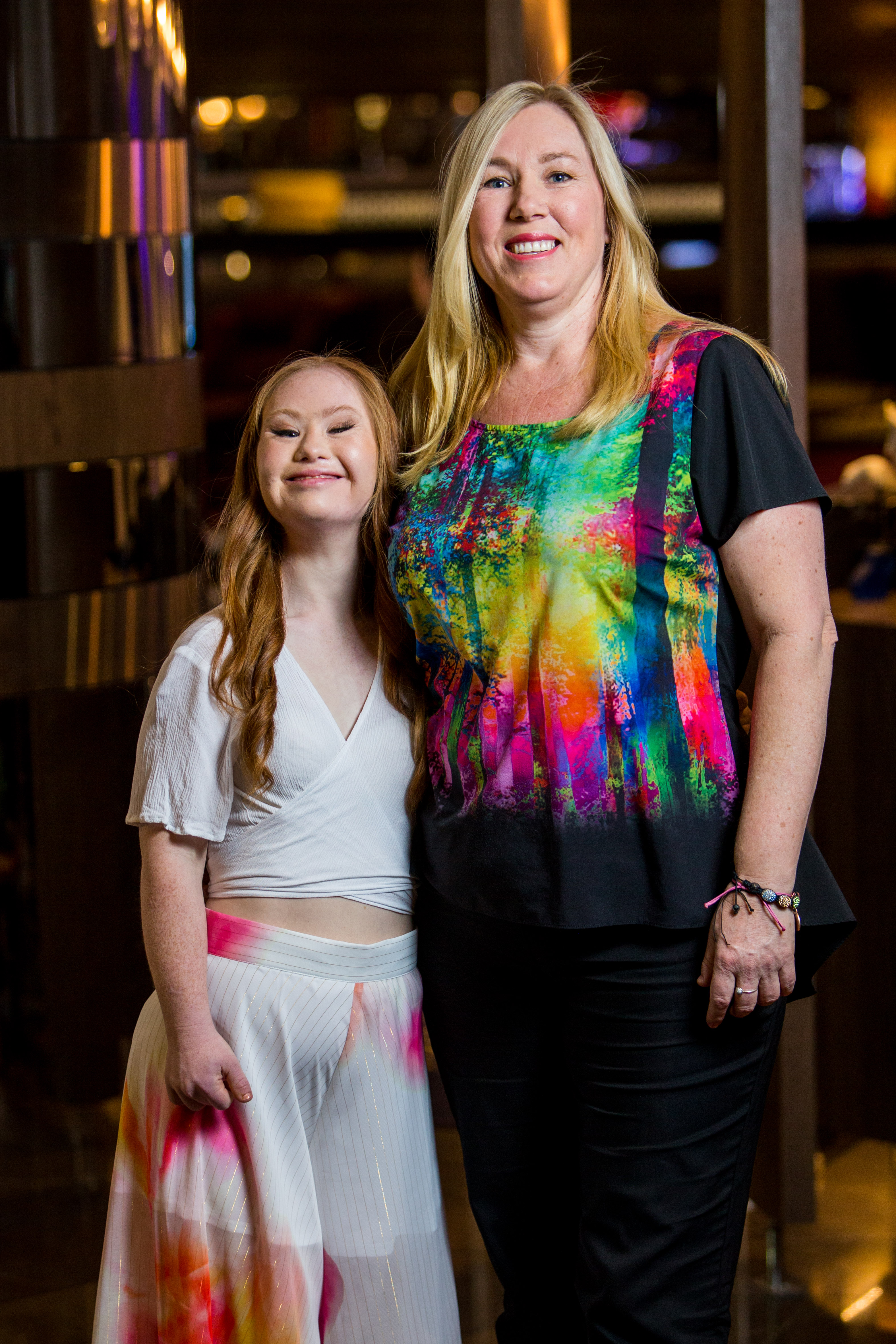 However, Roseanne does admit that she's "pushy to a certain extent" and will encourage Madeline to have a bowl of fruit rather than chips if she wants to maintain her modelling career – noting that those with Down's Syndrome often struggling with weight gain due to a slower metabolism.

She said: "I’m not going to let her think, 'OK, I’ve got a disability so I should get a free pass.' She needs to work hard for her success."

In 2015, 'before' and 'after' images of her daughter – following an intensive exercise and healthy eating regime that saw her lose three and a half stone – went viral overnight on Facebook and were viewed 6.8 million times.

"She did not lose weight to become a model. She became a model when she lost weight," added Roseanne, of how her daughter was soon afterwards scouted for a fashion show in Brisbane. 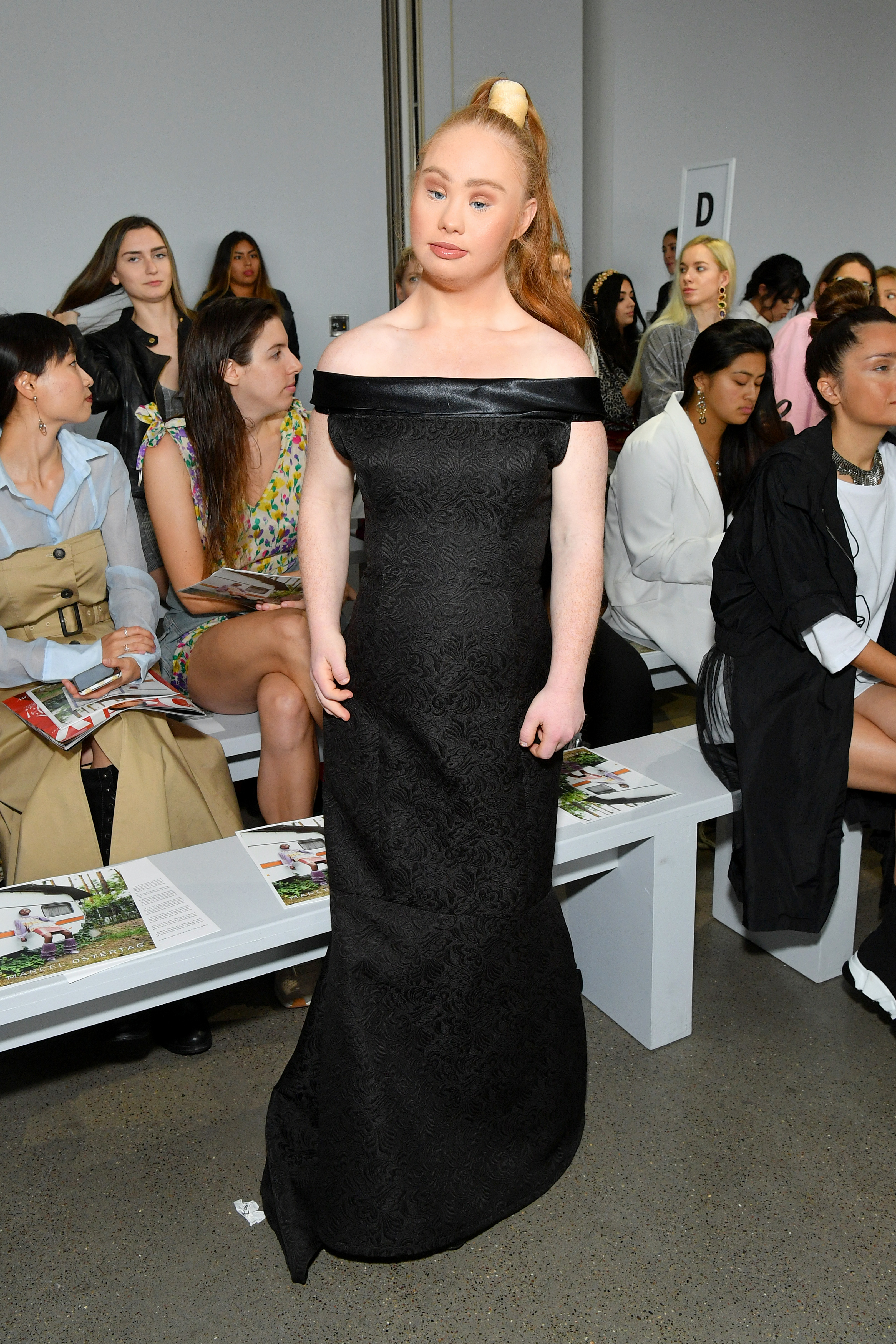 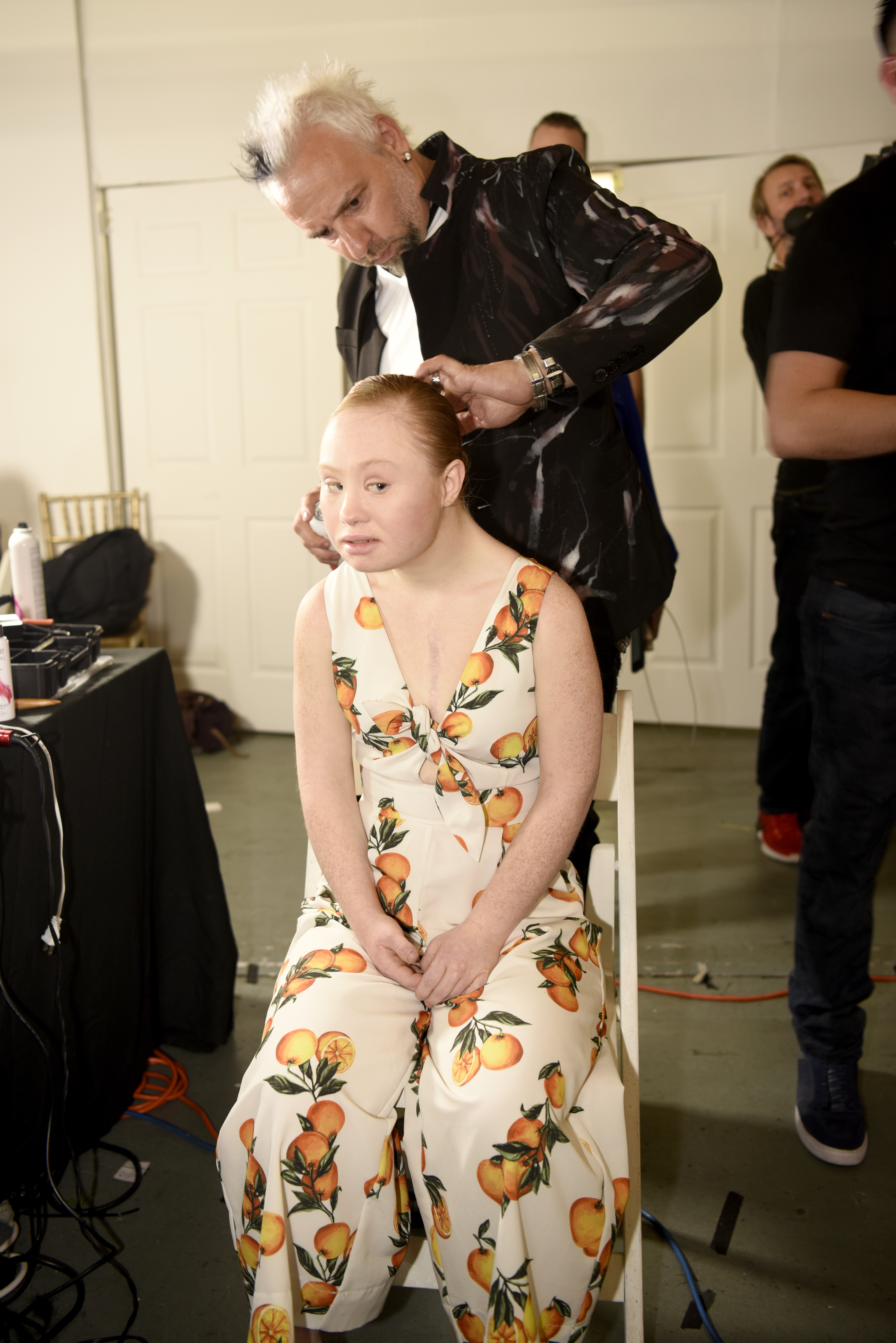 Madeline's mum said she wanted her daughter to show that people with Down's Syndrome can be "beautiful and successful".

She explained: "When Madeline was born there were no positive images in the media of women with Down’s syndrome.

"The only photos you ever saw were of overweight people with their tongue hanging out. That’s why I’ve always made sure Madeline looks her best." 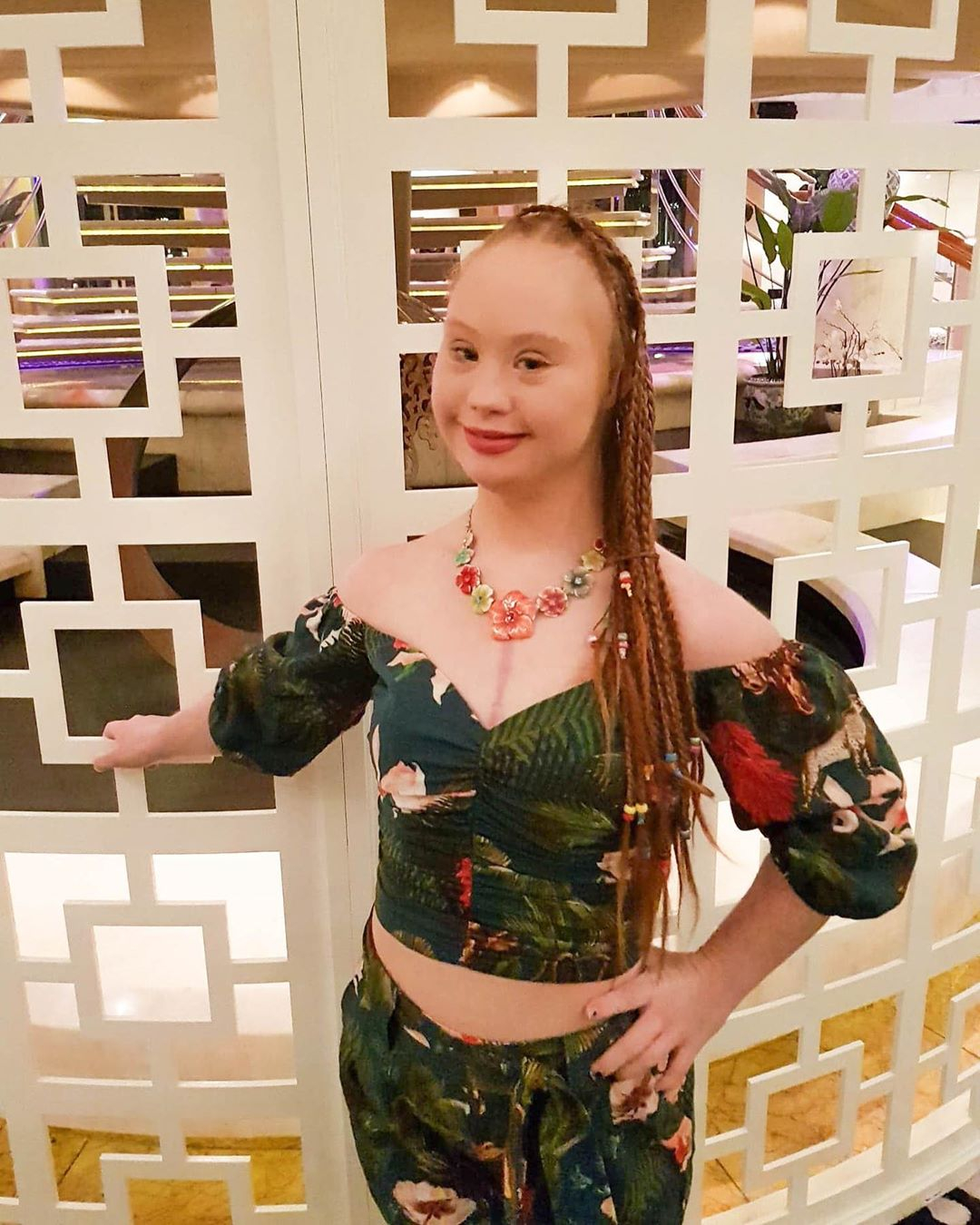 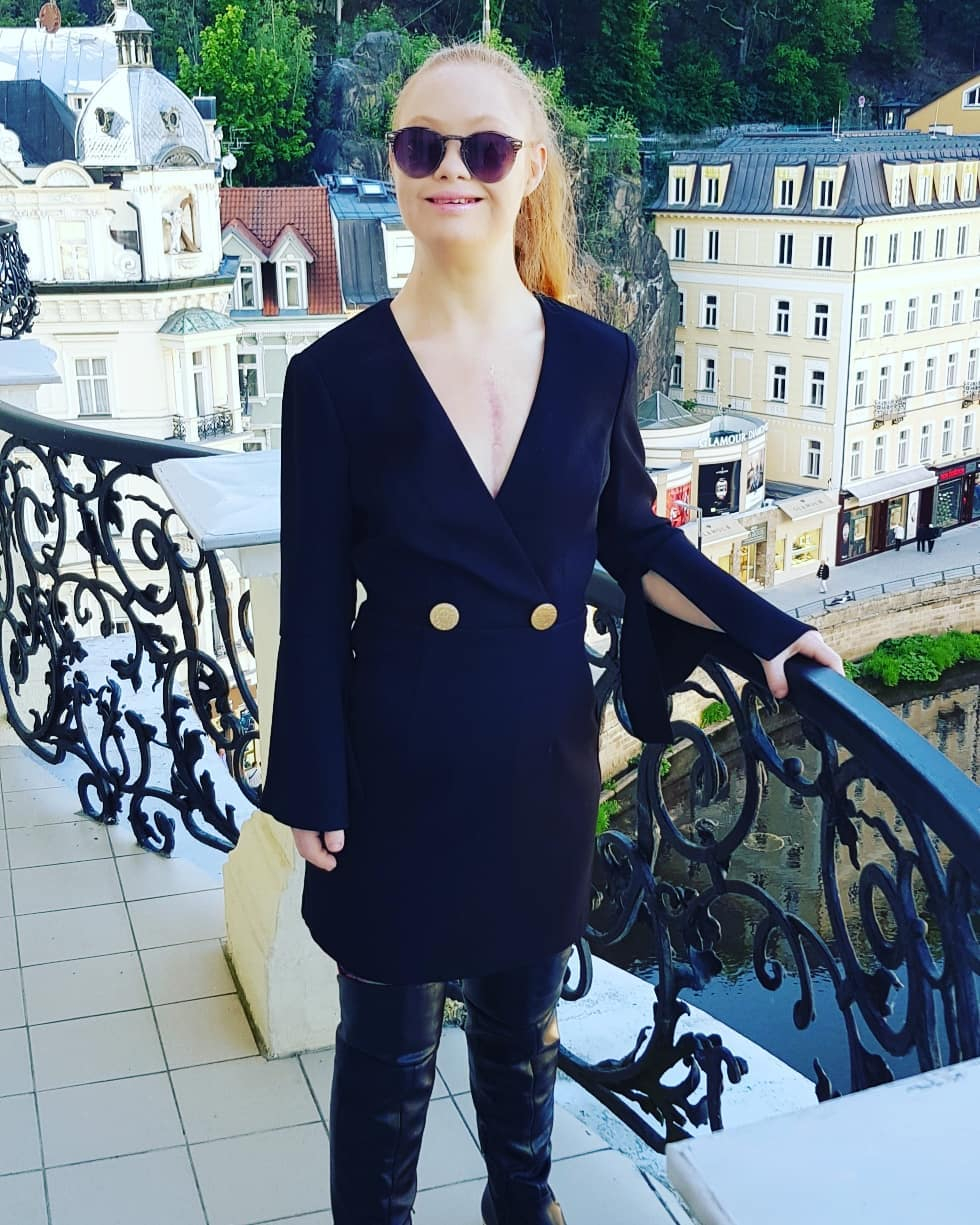 She adds that the fashion favourite – who speaks mostly in single words due to a speech impediment from "poor muscle tone" – is "high-functioning socially".

Roseanne, who now runs a successful surveying business, had Madeline when she was 25 years old.

She did not discover until she was born that her little girl had Down's Syndrome and was told by a doctor she would "never never mature mentally past seven years old".

Her relationship with her daughter's father broke down due to the stress, and he has not been involved in raising her. 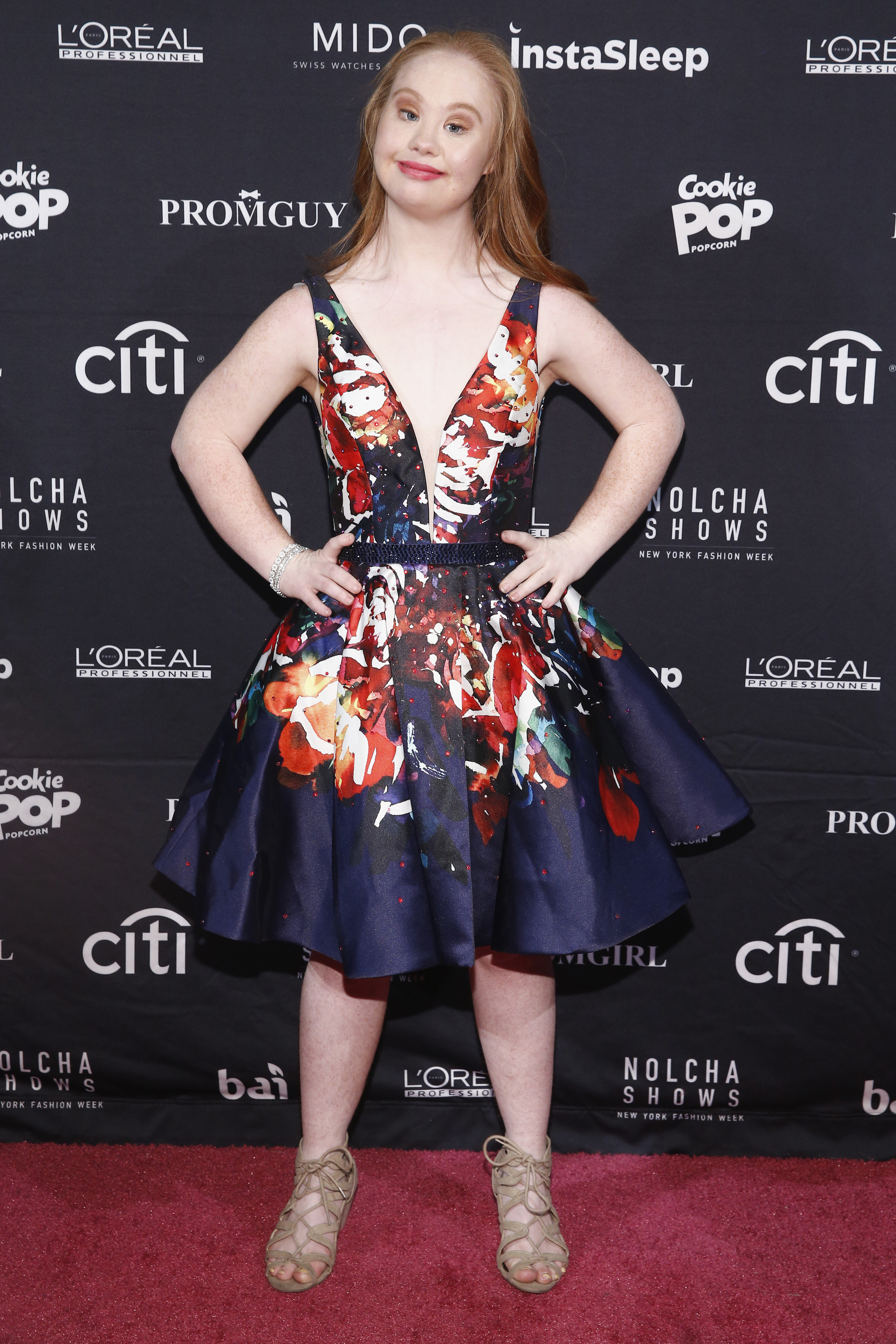 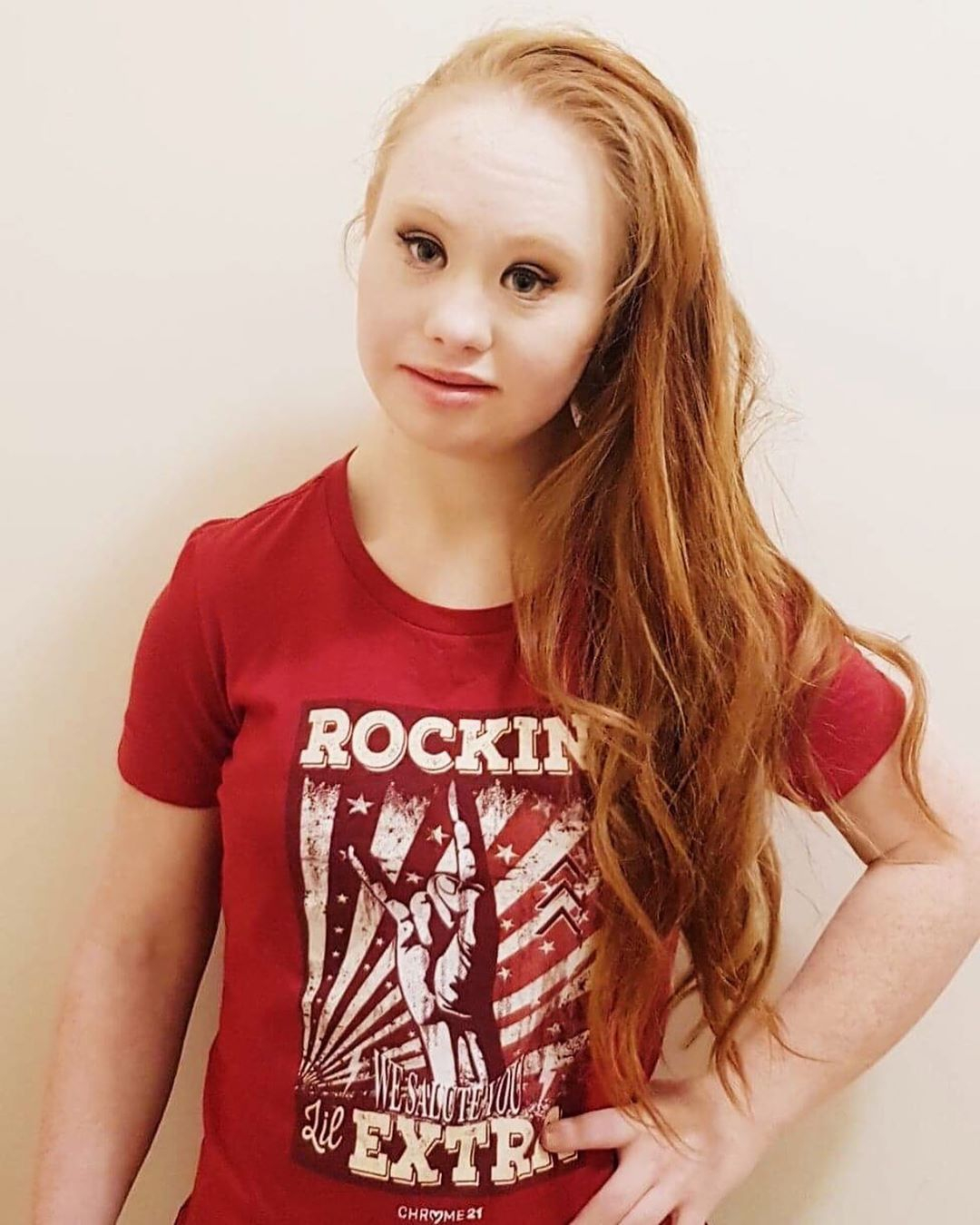 Despite facing obstacles, Madeline – who is now financially independent – became the first model with Down’s Syndrome to appear on a mainstream catwalk and is the only one to regularly walk for designers at global fashion weeks.

She has also been named a ‘No 1 game-changer in the fashion industry’ by Forbes magazine.

The model, who has a boyfriend of five years, Robbie, whom she met through the Special Olympics, has opened a dance school in Brisbane for those with disabilities and launched a clothing line.

Yesterday, we tested whether Cara Delevingne’s moth-eaten jumpsuit can work in real life.

We also told you about the £500 filler 'Loub jobs' WAGs swear by to help ease the pain of wearing killer high heels.

And Pandora is selling a special Halloween collection featuring pumpkins and ghost charms.