A MUM of three boys has revealed how her sons are never invited to other kids' birthday parties and says it's 'devastating' to see how others treat them.

Kathrine Peereboom said her sons Oliver, seven, Joshua, six, and Tyler, four, all have autism and being non-verbal makes it extremely hard for them to express themselves – so often play up in public. 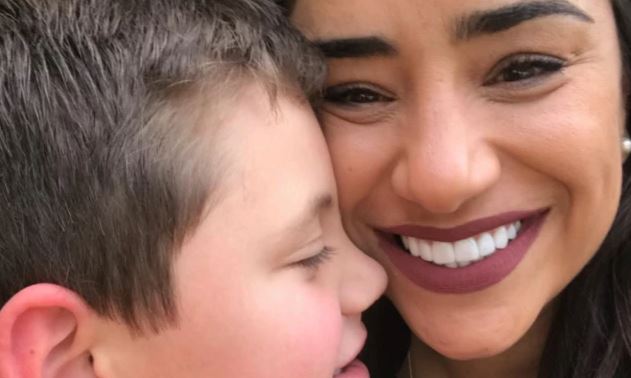 Writing for Kidspot, the mum-of-three and CEO of Spectrum Support, explained that people "don't understand" her kids' condition, particularly children who look at them differently.

She explained that it's bad enough her boys are often excluded from birthday parties, but said it's even worse when no one turns up to theirs.

"Kids often don’t understand special needs children and it’s strange to them, and it can be startling. It’s soul destroying," Katherine said.

"A lot of people don’t even realise that a person may have autism – they just get labelled as odd or weird.

"If people knew more about autism, they may be more inclined to make an effort and understand why someone is behaving differently.

"If people knew more about autism, they may be more inclined to make an effort and understand why someone is behaving differently.

"Just when I think we have raised the bar in autism awareness and acceptance there is an incident that happens in public that evokes a huge emotional reaction."

The desperate mum said that even simple things like haircuts are a constant struggle for her and her boys, and that because all three have sensory processing disorders, "anything hair related has been a huge challenge".

She explained: "Brushing and washing hair literally took years of slow encouragement and I researched everything I could think of, including asking other parents and searching on google. 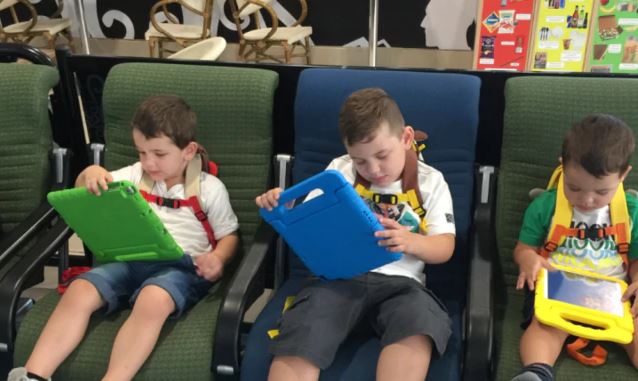 "The boys each lead us in what they were comfortable with and at times it was gut-wrenching to deal with, but their hair simply had to be washed."

Although, both Joshua and Tyler have come a long way from being "absolutely terrified" of haircuts to "tolerating it", Katherine said they still grumble and cry every time.

She said: "Quite frankly, I’m surprised our neighbours haven’t called the police, because from the outside it must seriously sound like we are torturing them!"

Detailing one trip to the hairdresser, Katherine recalled: " Five minutes in and it was going so well.

I got into my car and burst into tears.

"Then all of a sudden, he was not handling the sensory overload. He began to scream and cry and we all just wanted to comfort him.

"I walk out of the salon consoling my little one, telling him he was so brave and it’s all over now and a loud comment from an elderly gentleman and his wife sitting next door in a café rings out so everyone can hear.

“'I had to listen to THAT the WHOLE time!'. His wife looks me in the eye with a smirk on her face. I was angry and devastated."

Katherine explained that she tried to stay composed as they headed to the car, despite the comments continuing.

But eventually she broke and yelled, 'He is a child! He is autistic! How do you feel picking on an innocent child?'.

Discrimination is all around for my boys. It makes me sick to my stomach.

Katherine said:“They didn’t care, he was an annoyance and they had no empathy. I got into my car and burst into tears.

"Discrimination is all around for my boys. It’s in every single facet of their lives. The rejection from schools, sporting activities, parties, the cruel looks, the horrid comments, people laughing and pointing, and it makes me sick to my stomach."

As her boys are still young, the saddened mum says they're "unaware of how cruel people are being towards them", but says she knows one day they'll notice.

She added:"I hope to god I have given them the necessary skills to deflect the negativity.

"It is witnessing the unjust in my families lives that propels and drives me to continue my work in the space.

"The task ahead is so very great, and I am grateful to be surrounded by such a powerful, diverse and unique team."

In other real life news, this couple were scammed out of thousands by a woman who promised them a baby.

And this mum adopted a dying stranger's baby says the stranger saved her life.

Plus Supernanny Jo Frost has blasted a couple who put cameras in their kids' bedrooms.