A WOMAN has revealed how she turned to fillers after being cruelly taunted by an abusive ex-boyfriend.

Ashleigh Fraser, 21, from Rossendale, Lancashire had always felt insecure about the shape of her nose and was tormented by bullies in school. 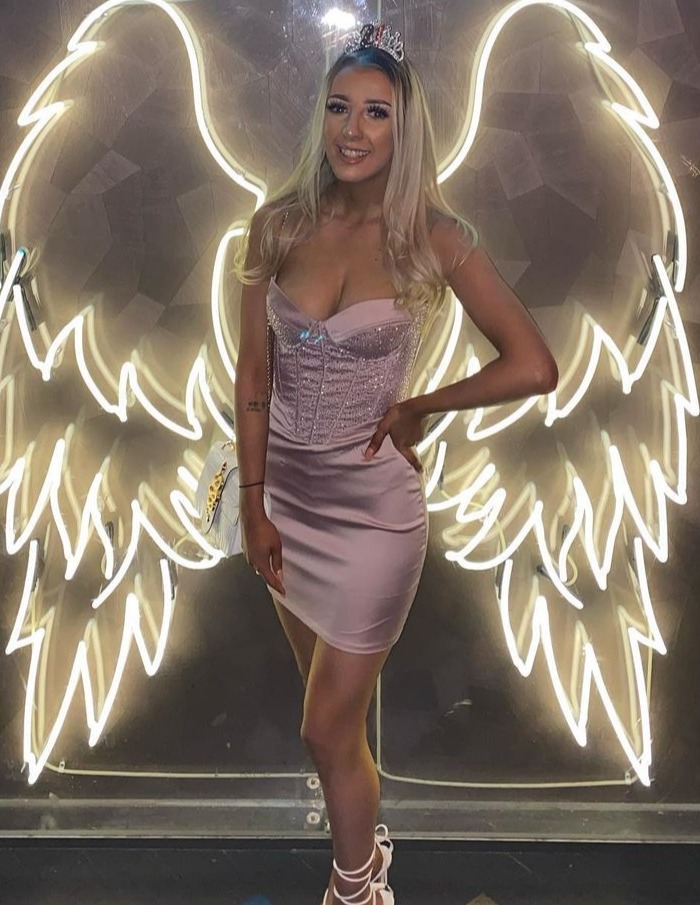 As well as receiving snide comments from strangers, Ashleigh was cruelly taunted by her ex-boyfriend who sent a series of horrific messages about her nose.

In a series of texts, her abusive ex wrote: "Ugly b***h", "Beg you sort your nose out" and "it was legit embarrassing to be seen anywhere with you."

After years of feeling insecure, Ashleigh decided to have filler in March to reduce the bridge of her nose.

The non-surgical rhinoplasty uses hyaluronic acid dermal filler to make small adjustments to the shape of the nose – but it typically only lasts between nine and 18 months. 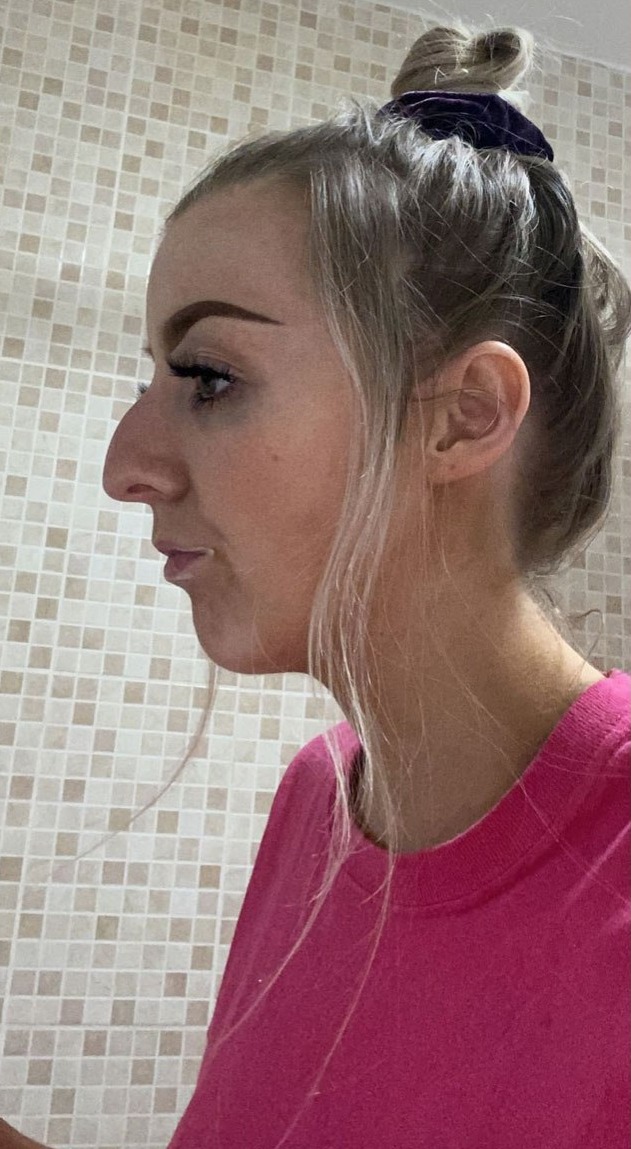 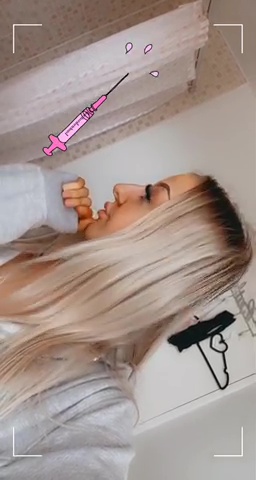 Sharing before-and-after pictures of her side profile and screengrabs of the abusive texts on Twitter, Ashleigh wrote: "How it ended (in March) vs how it’s going."

The post has gained over 28,200 "likes" – and other women started rallying around Ashleigh in support.

“Nobody deserves to be spoken to like that," one user wrote. "I hope you didn’t get it just because of him though. He’s the real embarrassment clearly."

Another added: “I have the same insecurity, bullied at school for it… then you leave school and they try chat you up because they've realised actually they are trash and deserve nothing.” 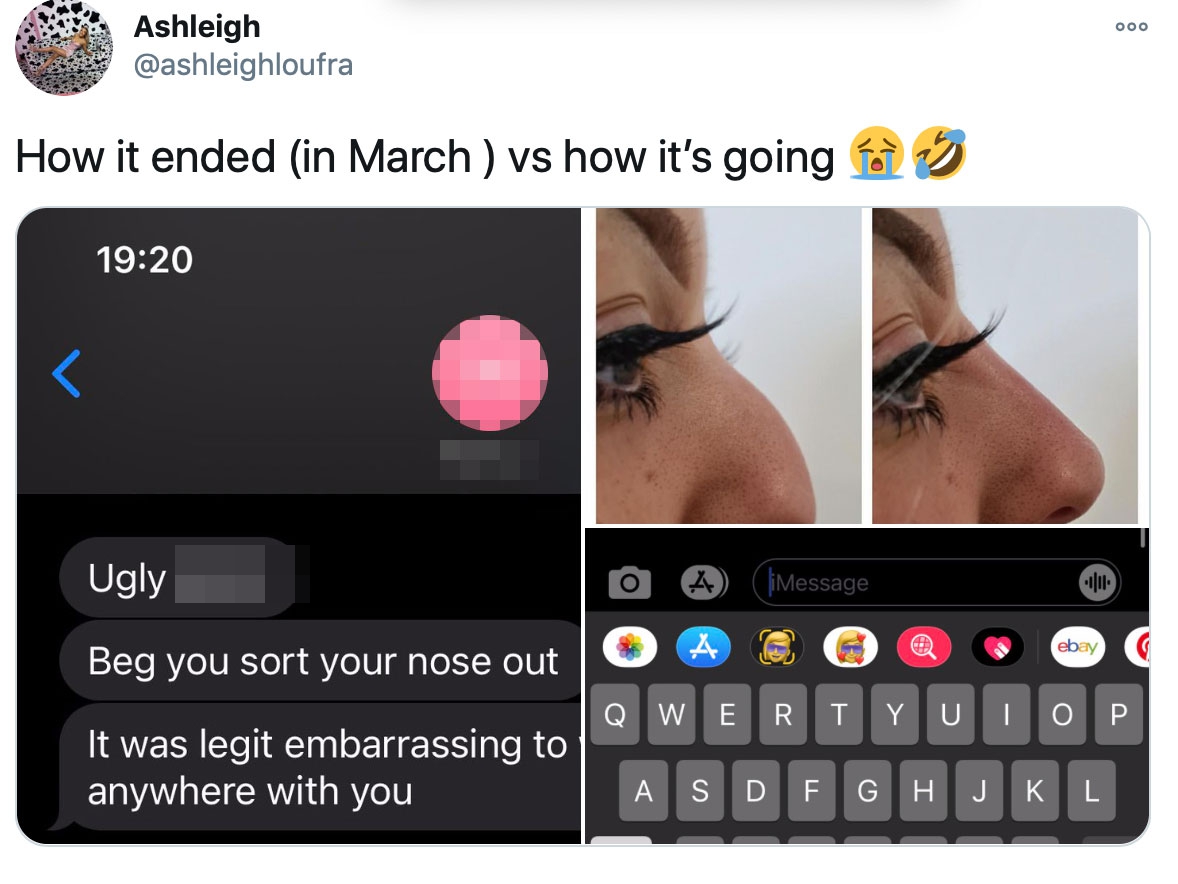 “What a horrible boy," a third replied. "So sorry he said that to you, but you look great either way x."

Although her ex's cruel cruel comments hurt her, Ashleigh says she now feels more confident than ever.

She said: “I was very insecure about my nose and was bullied throughout school, and even after school people made comments which gave me anxiety.

“I decided to get 1ml nose filler costing £150. It was really quick and easy. 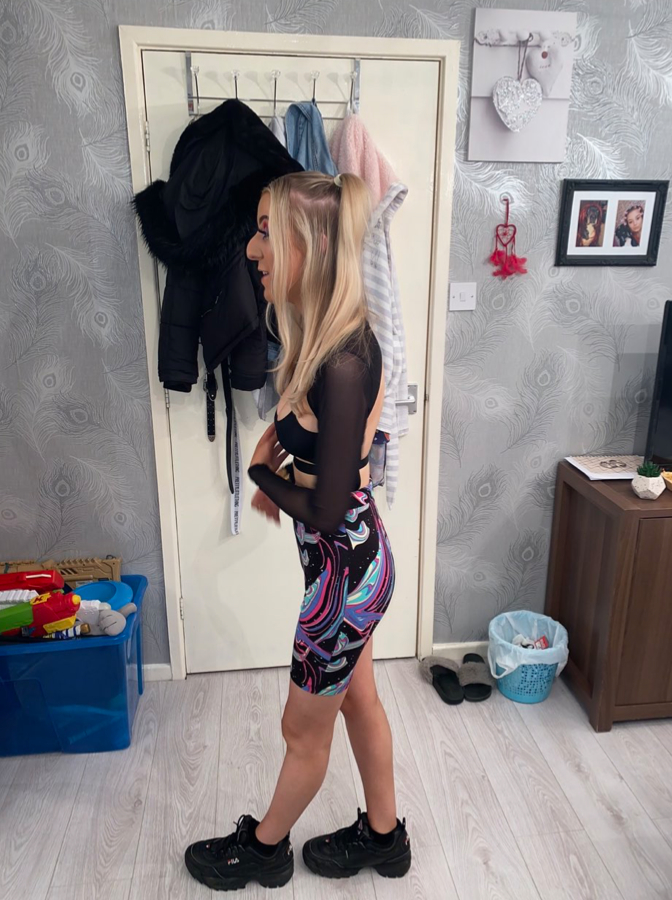 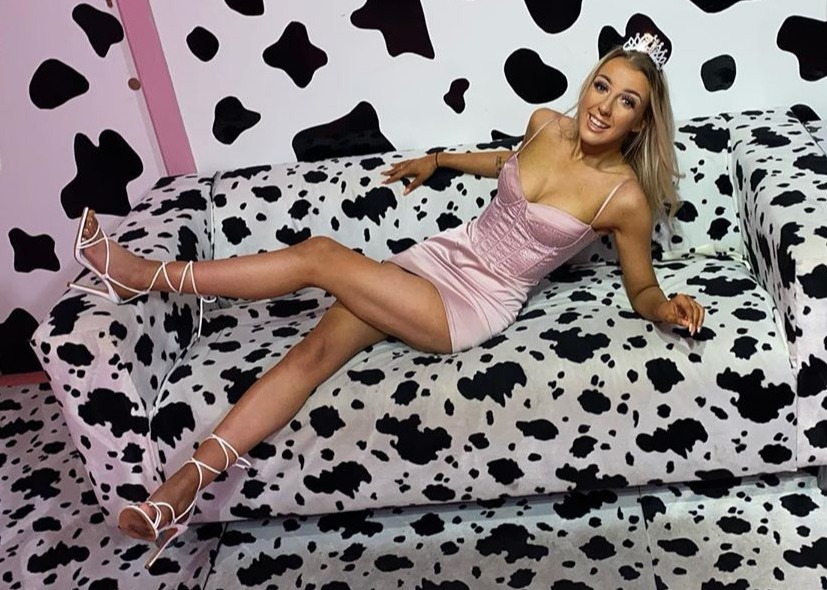 “At first, I was nervous as I do have quite a bad phobia of needles but the women who did it made me feel at ease, she did my lips a few months before this.

“I waited roughly half an hour for the numbing cream and then didn’t take long for her to inject the filler.

“My nose was swollen for around three to four days and was a little bruised. I love the final result! I’m much more confident with my side profile and happier when in public.”

And this woman was rushed to hospital with no pulse, blind & dying – a TAMPON caused toxic shock syndrome but she thought it was the flu.