A MUM has revealed the many annoying things her partner did while she was in labour.

Ashleigh, who is from the US, shared a video on YouTube where she explained she was 8cm dilated when doctors tried to insert a catheter to ease the pain – only to realise the epidural had failed. 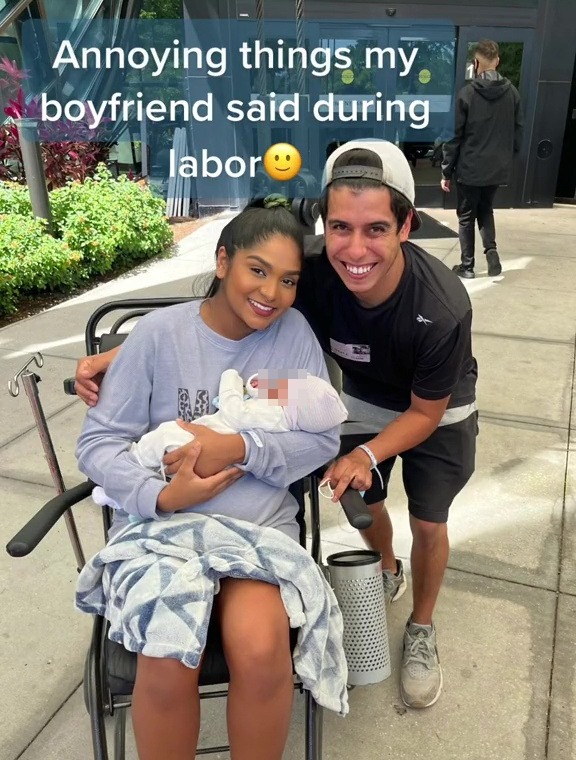 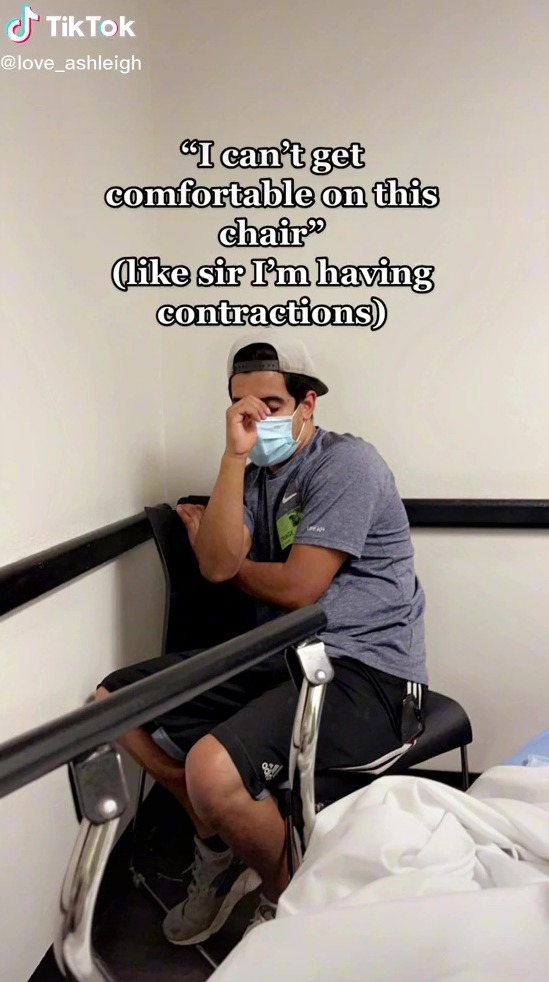 She was 38 weeks pregnant when she went into labour and explained: “I woke Ramon up straight away… he was so confused, he wasn’t expecting it either. He kept saying 'are you serious?'”

But it may be surprising to hear that it wasn't Ashleigh complaining about being in discomfort…it was in fact, her partner Ramon.

Taking to TikTok, she revealed how he said: “I can’t get comfortable in this chair."

Amusingly, Ashleigh quipped: “Sir, I am having contractions”.

However that didn't stop Ramon's remarks, as he also moaned about being "tired" and "hungry" during the duration of the labour. 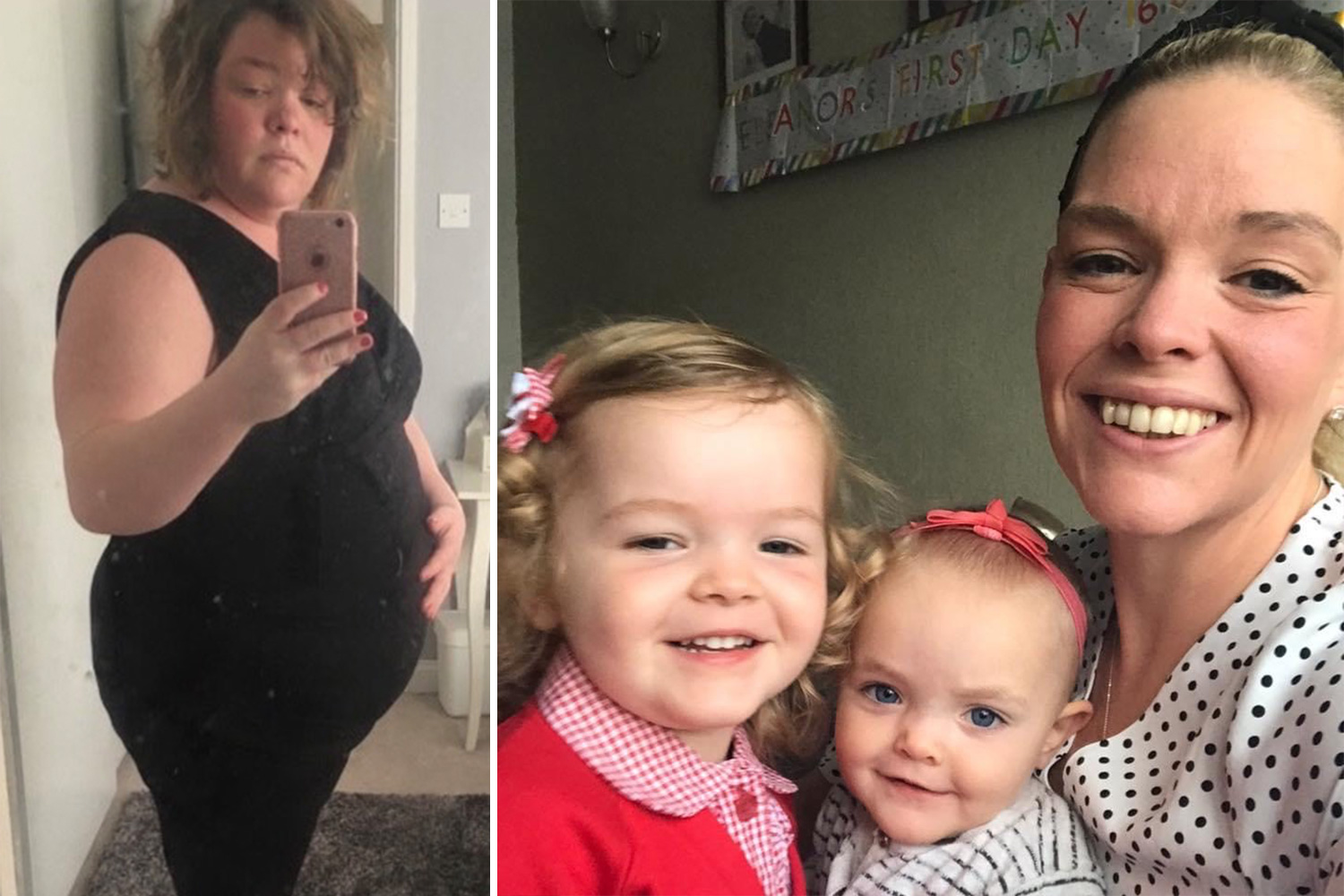 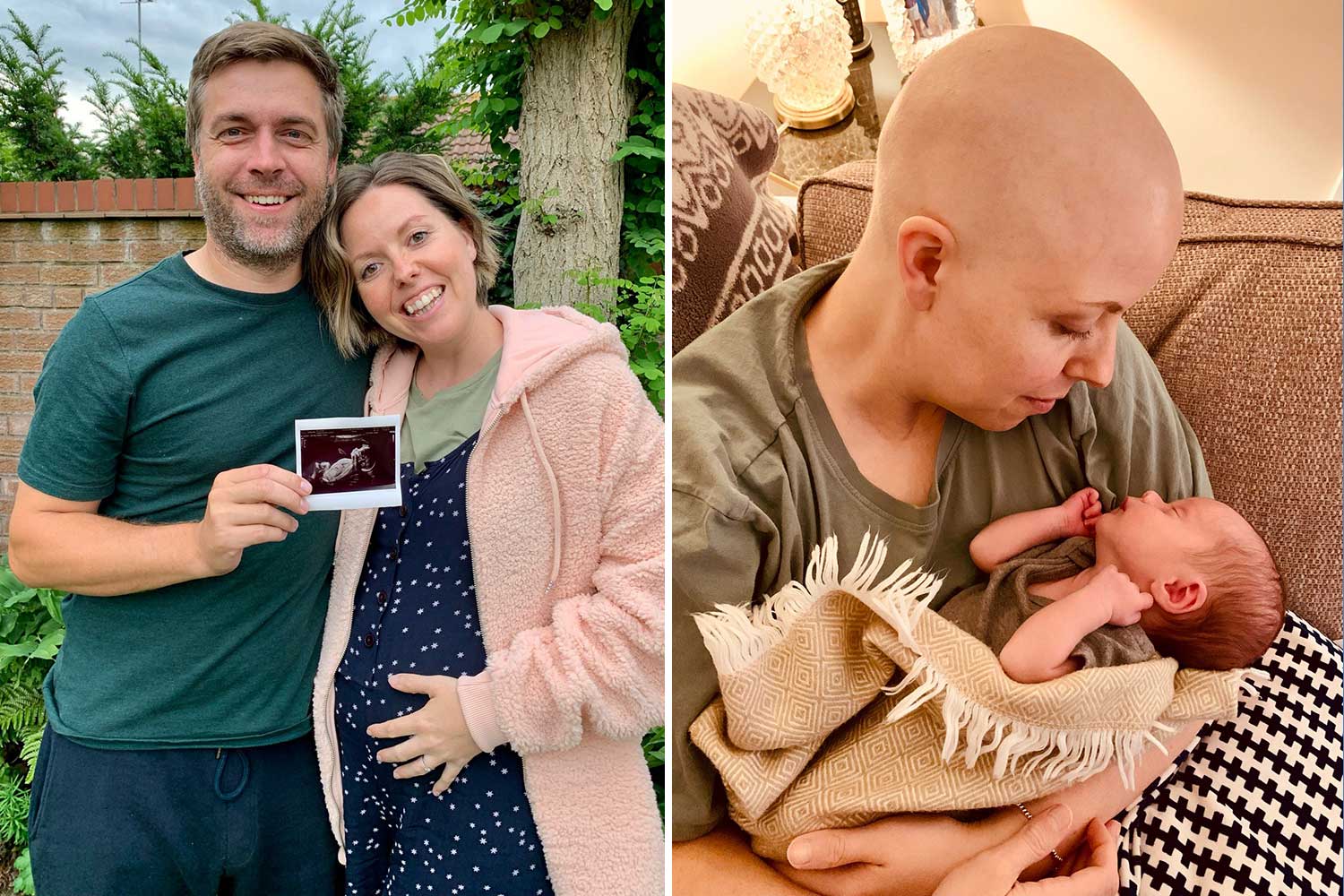 He said: “I wonder when he’ll make his appearance,” to which Ashleigh joked: “you and me both”.

The mum-of-two captioned the post: "When your in a labour any little thing gets under your skin lol."

"I was laughing majority of the time & he was amazing I just thought these things he said were funny."

The post racked up an impressive 3.9million views and was flooded with comments – with many sharing their own frustrating birthing stories.

Harry 'wants APOLOGY & is furious' at his treatment during Jubilee, says expert

"Mine said 'we should’ve done this on a weekend I’m tired from work' to which I replied you can just leave," one person commented.

A second quipped: "I already warned my husband… I don't eat, he doesn't eat, I don't sleep, he doesn't sleep."

A third commented: "I felt this. Mine complained the WHOLE time. Asked my nurses for medicine bc he had a headache and was in pain."

Meanwhile, another added: "Mine ate all day, slept all day, complained he was cold, then asked if they were short staffed bc they wanted him to hold my leg when I pushed."

A further wrote: "My husband asked when he thinks we will leave less than an hour after delivery. I couldn’t feel my legs." 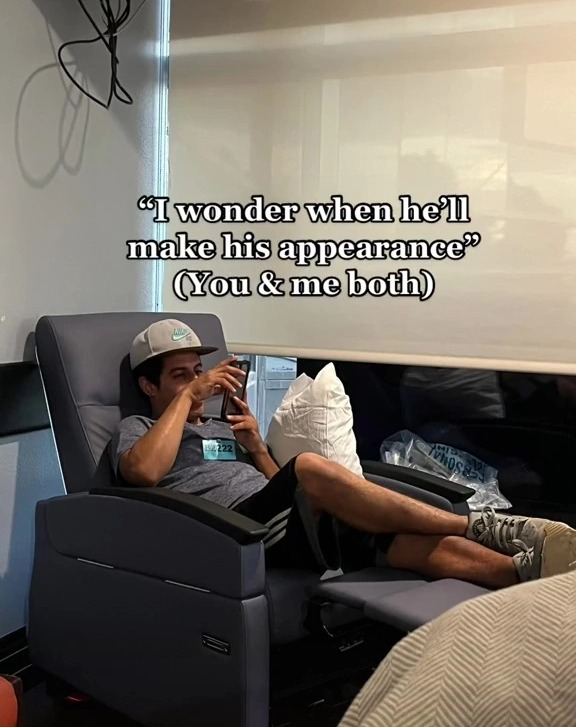