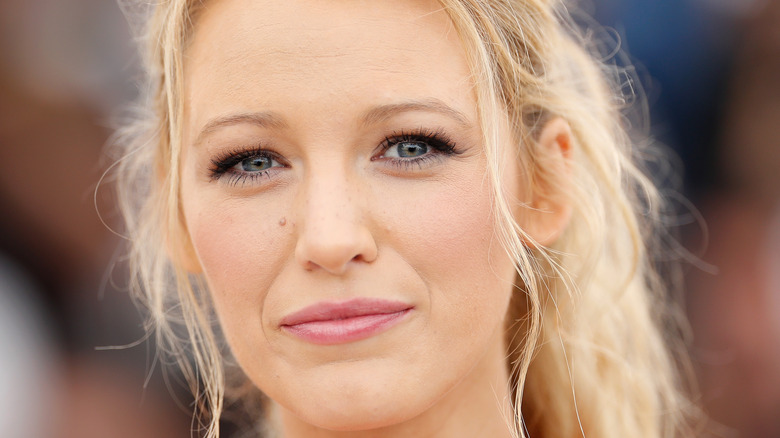 Hey Upper Eastsiders, we hear that actress Blake Lively has become a fashion icon, much like her notorious “Gossip Girl” character, Serena van der Woodsen. Lively’s style evolution, though it mimics that of her CW persona, is entirely unique to her growth and development as an individual. Lively’s first red carpet appearance in 2005 at the tender age of 18 is a testament to this evolution, as the young star was clearly following the trends of the time back then, but she has since found her footing in the fashion world.

It only took her about four years to figure out, and, by the time Lively was making red carpet appearances donning Balmain, it was clear that she had dusted off her Style Bible — and found herself in the process. She’s had entire Elle slideshows devoted to her gorgeous ensembles, from the embroidered Valentino she wore to showcase her baby bump in 2016 to the three-piece suits she wore for the press tour for her film “A Simple Favor” in 2018.

Lively has knocked it out of the park on numerous occasions, but one of her looks stands above the rest, and since it took over 600 hours to produce, it’s easy to see why.

Blake Lively's 2018 Met Gala look is one for the ages 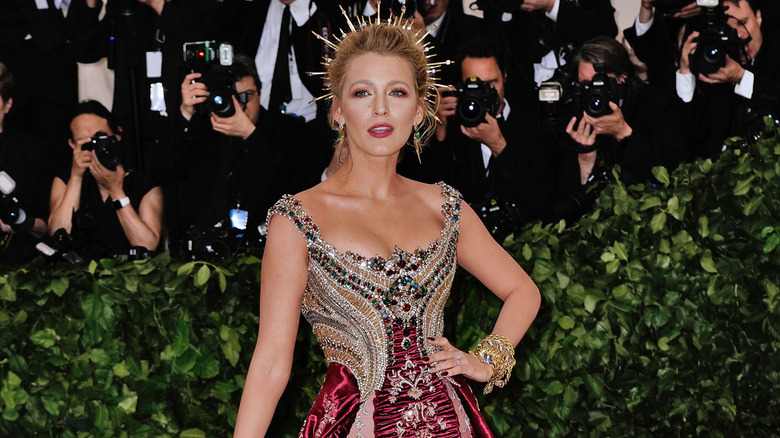 The Met Gala has produced some truly iconic looks over the years, with celebrities rising to the occasion of each year’s particular theme with sartorial gusto. Blake Lively not only rose to the occasion for 2018’s Met Gala, but she also transcended the theme, Heavenly Bodies: Fashion and the Catholic Imagination. The actress wore a Versace gown that reportedly took over 600 hours to make, according to Harper’s Bazaar.

The perfectly fitted gown “was an incredibly ornate ruby and gold design that featured some pretty intricate and extensive beading,” and the details were instantly noticeable on the red carpet (per Harper’s Bazaar). The train was covered in matching gold embroidery, adding an air of royalty to the overall look.

Lively spoke with Vogue about the dress prior to the 2018 event and stated, “This year’s may be my favorite dress ever,” and we can’t argue with her. Paired perfectly with stunning emerald earrings and a custom-made spiked halo hairpiece, Lively’s Met Gala look was one of the best of the evening — and of her fashion portfolio.

Even Gossip Girl couldn’t find a bad thing to say about this ensemble!