PRINCE Harry joked he is "living the American dream" as he honoured veterans at a glamorous New York gala with Meghan Markle last night.

The Duke of Sussex praised his recent ride on the "Oscar Mayer Wienermobile" – a hotdog-shaped car – while addressing the audience at the Intrepid Valor Awards. 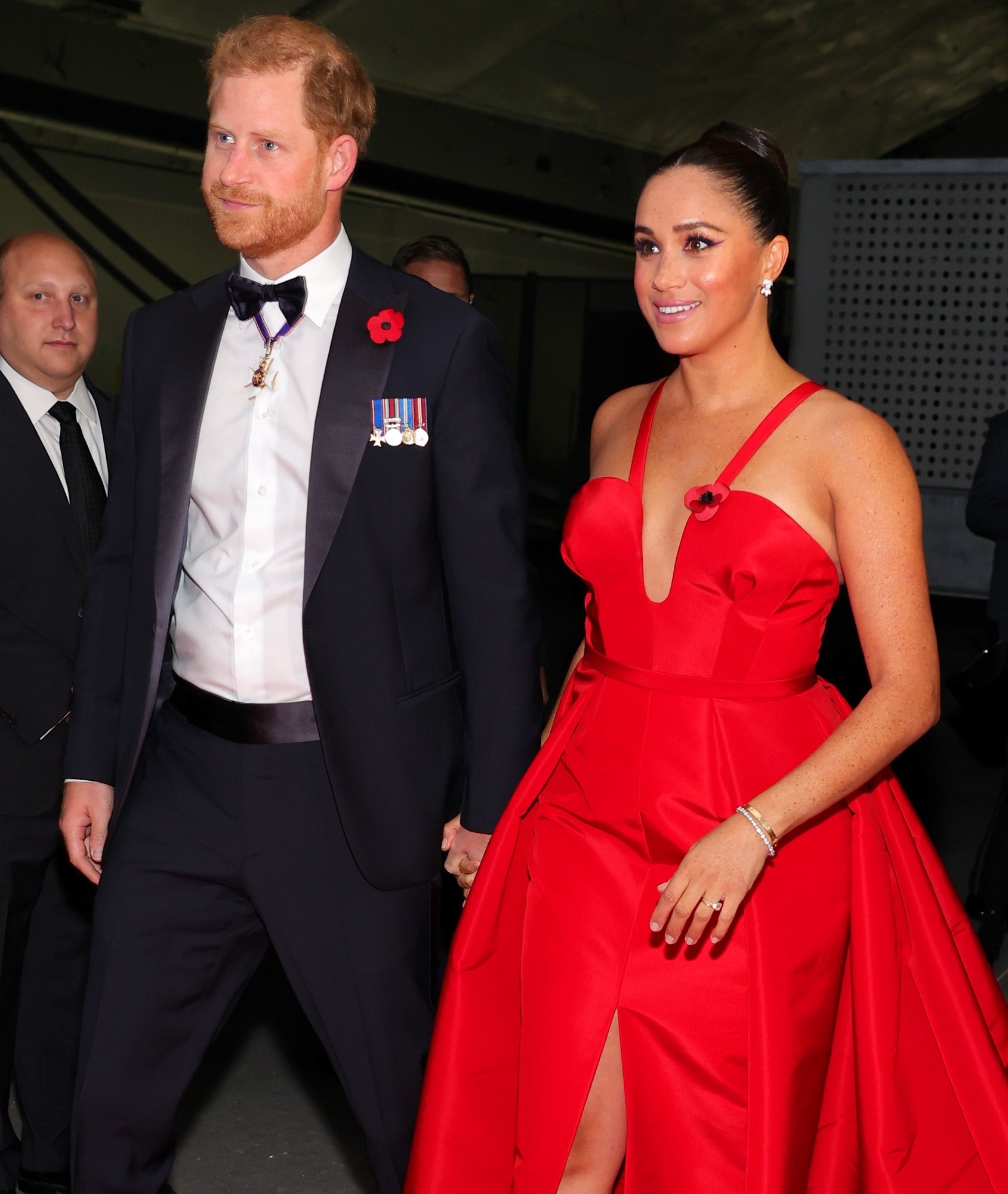 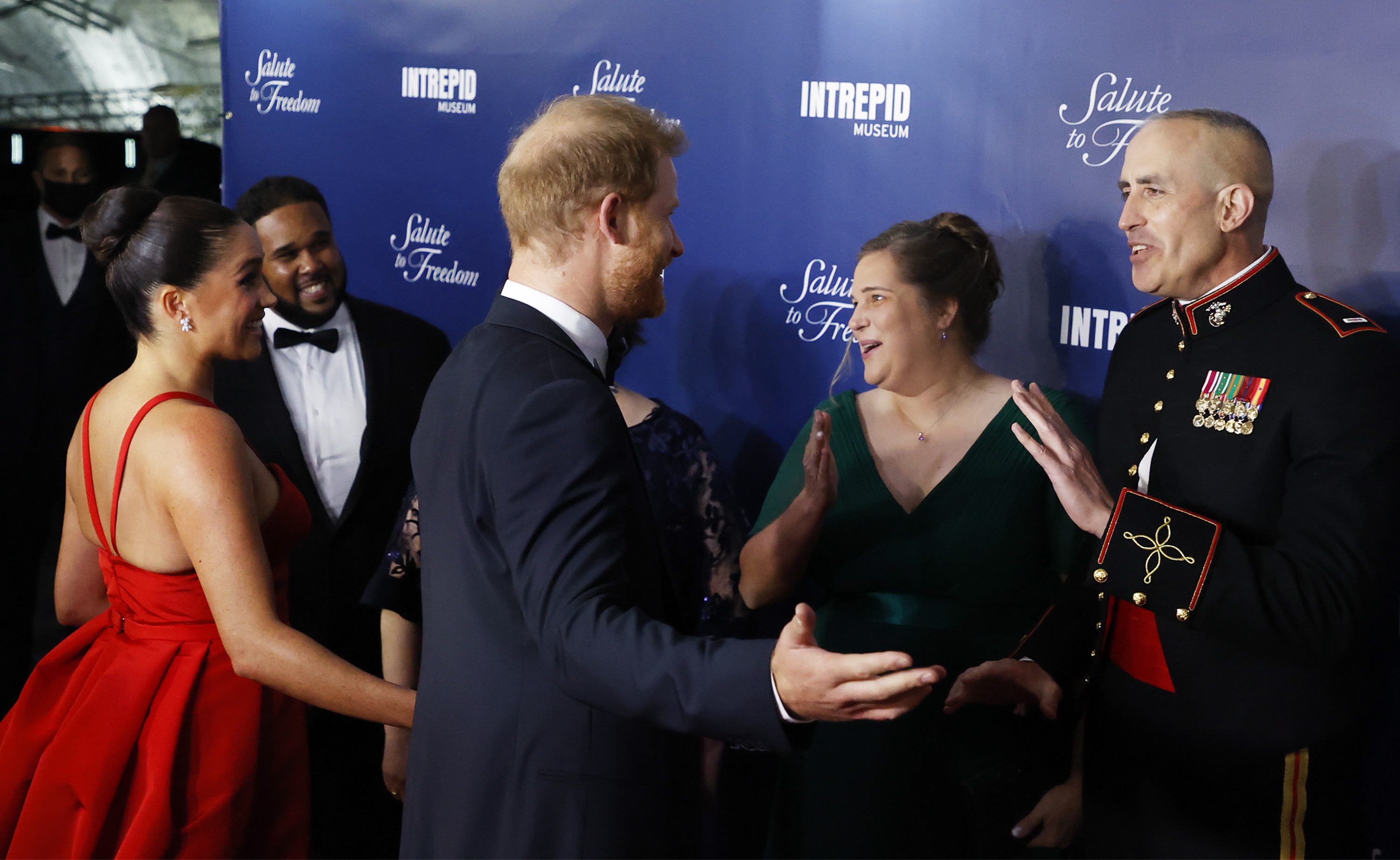 The dad-of-two was joined by a glamorous Meghan who defiantly stepped out in a red dress – just hours after she apologised to the Court of Appeal amid a gruelling legal battle with a British newspaper.

Speaking at the event onboard a warship, Harry said: "It’s wonderful to be back on USS Intrepid a decade after my last visit – and a lot has changed since then.

"Just last week, I went for a ride on the Oscar Mayer Wienermobile – how’s that for living the American dream.

"I’ve lived in the US for close to two years now.

"I have to say, witnessing your support for all those that put themselves in harm’s way in defence of our freedoms and liberties – it’s remarkable and hugely respected.

"It reminds me of the deep reverence us Brits have for our military as well.

"The armed forces communities in both our countries share a special bond, and I’m grateful to have served in support of our joint allyship for many years."

Harry presented Intrepid Valour Awards to five service members, veterans and military families who went "above and beyond the call of duty" yesterday.

Meghan stunned in a plunge neck gown by Carolina Herrera and wore Princess Diana's Diamond Tennis Bracelet for the gala.

The Duchess of Sussex yesterday apologised to a court for not telling a judge about emails showing her attempts to influence a biography about her and Prince Harry, saying: “I forgot.”

Emails were released by the Court of Appeal showing how she and Harry had heavily briefed their press spokesman Jason Knauf before he met writers Omid Scobie and Carolyn Durand two years ago.

He claimed Meghan said she would refer to him as “daddy” because it would “pull at the heartstrings” if leaked. 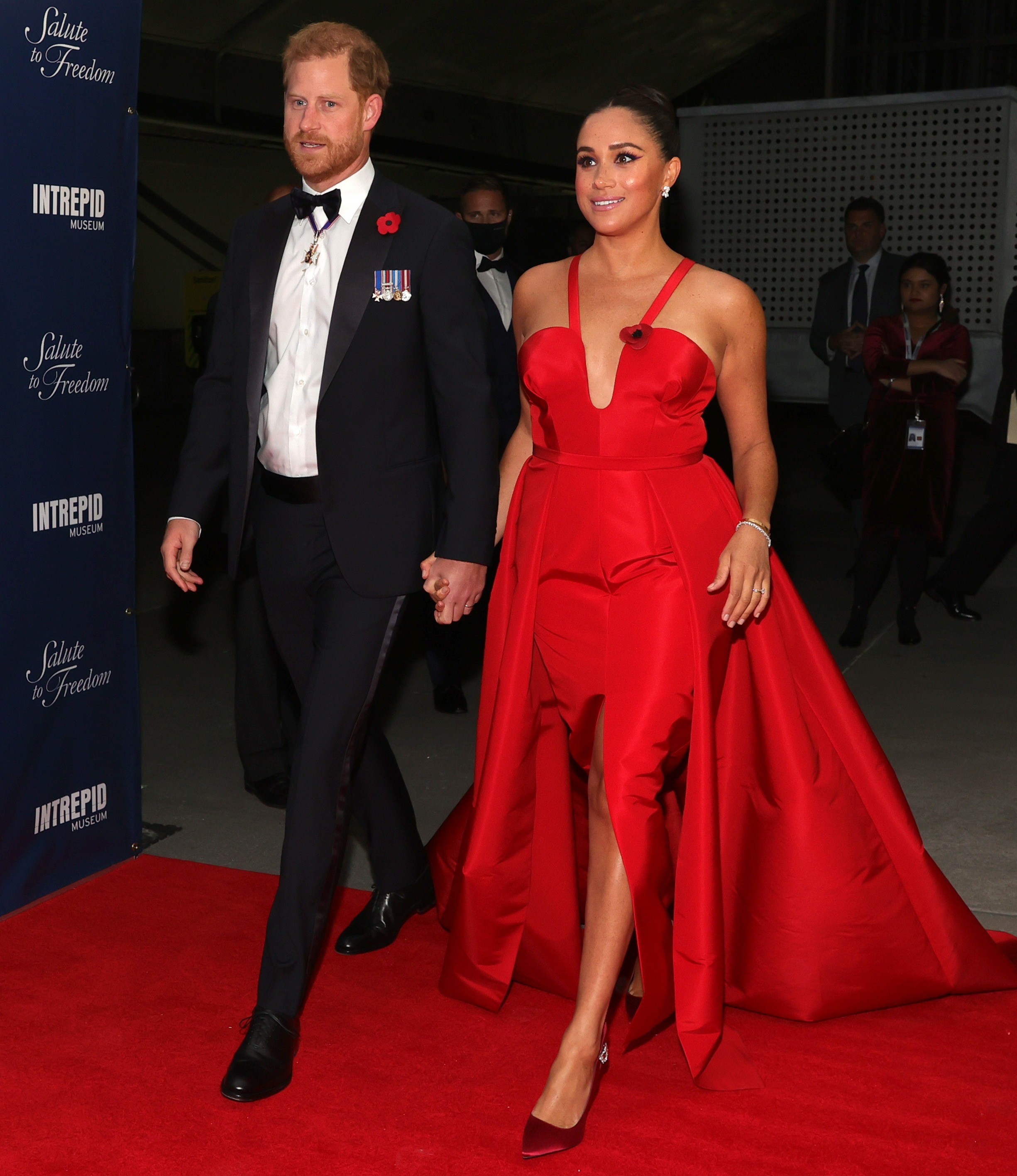 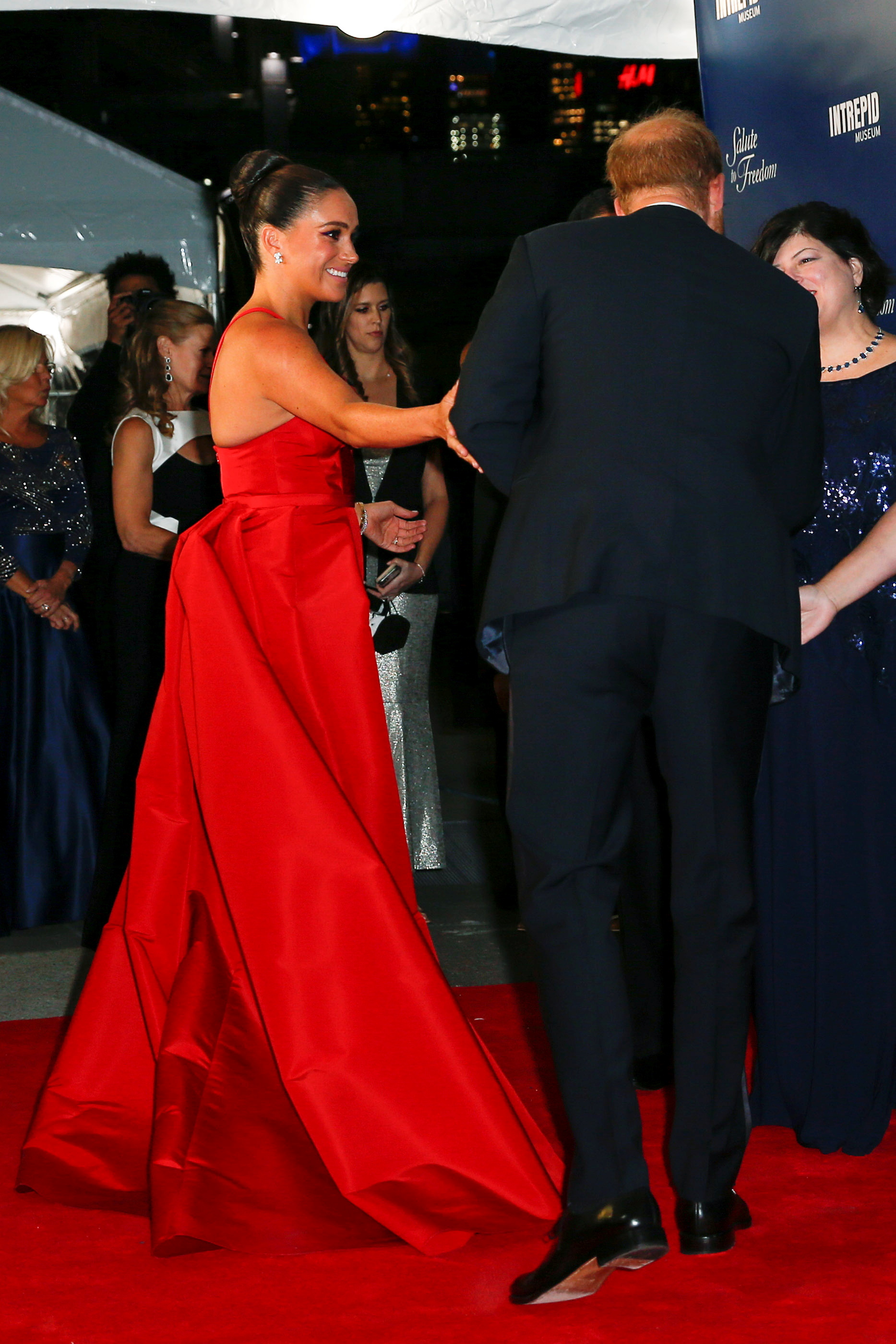 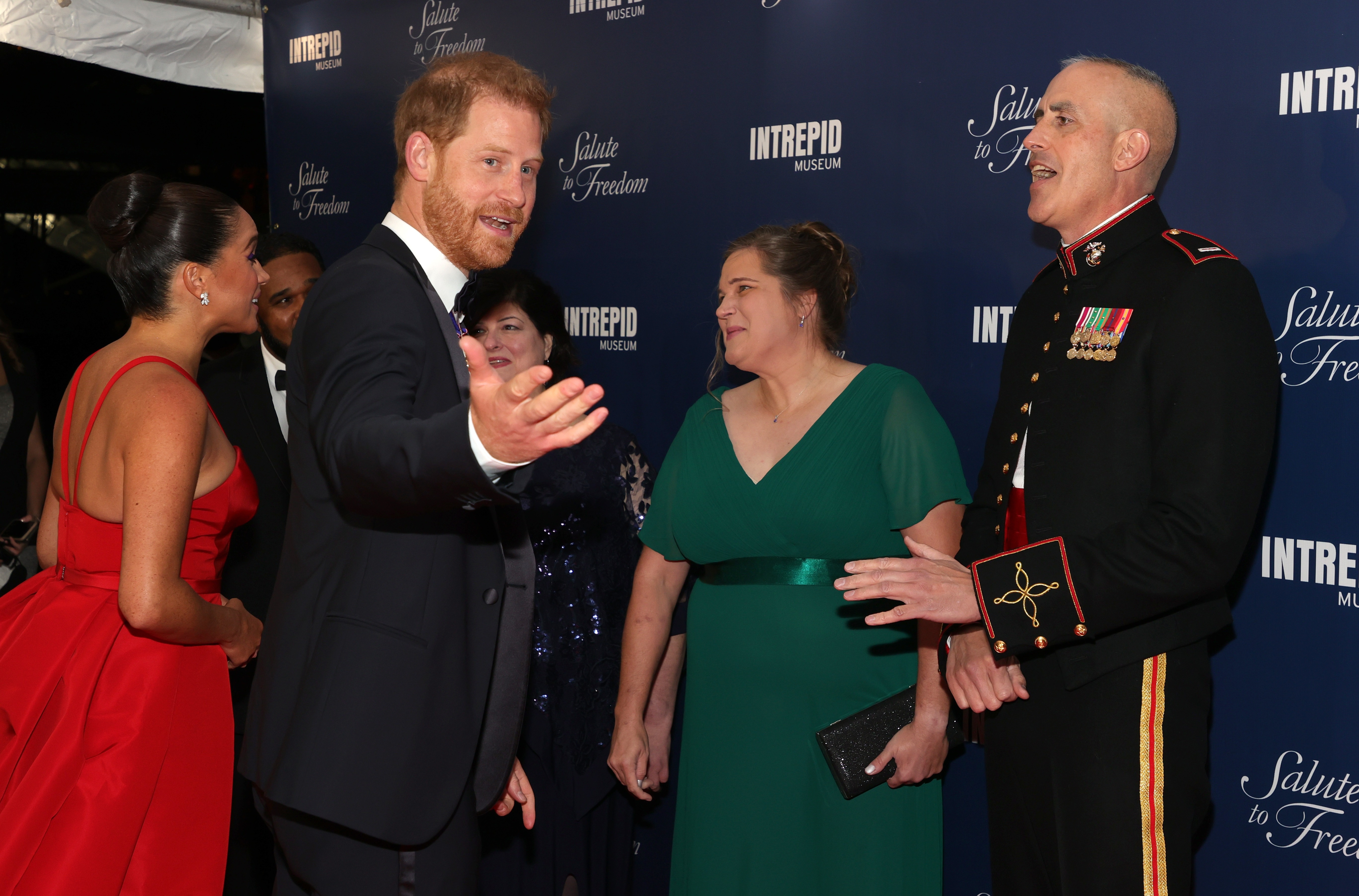 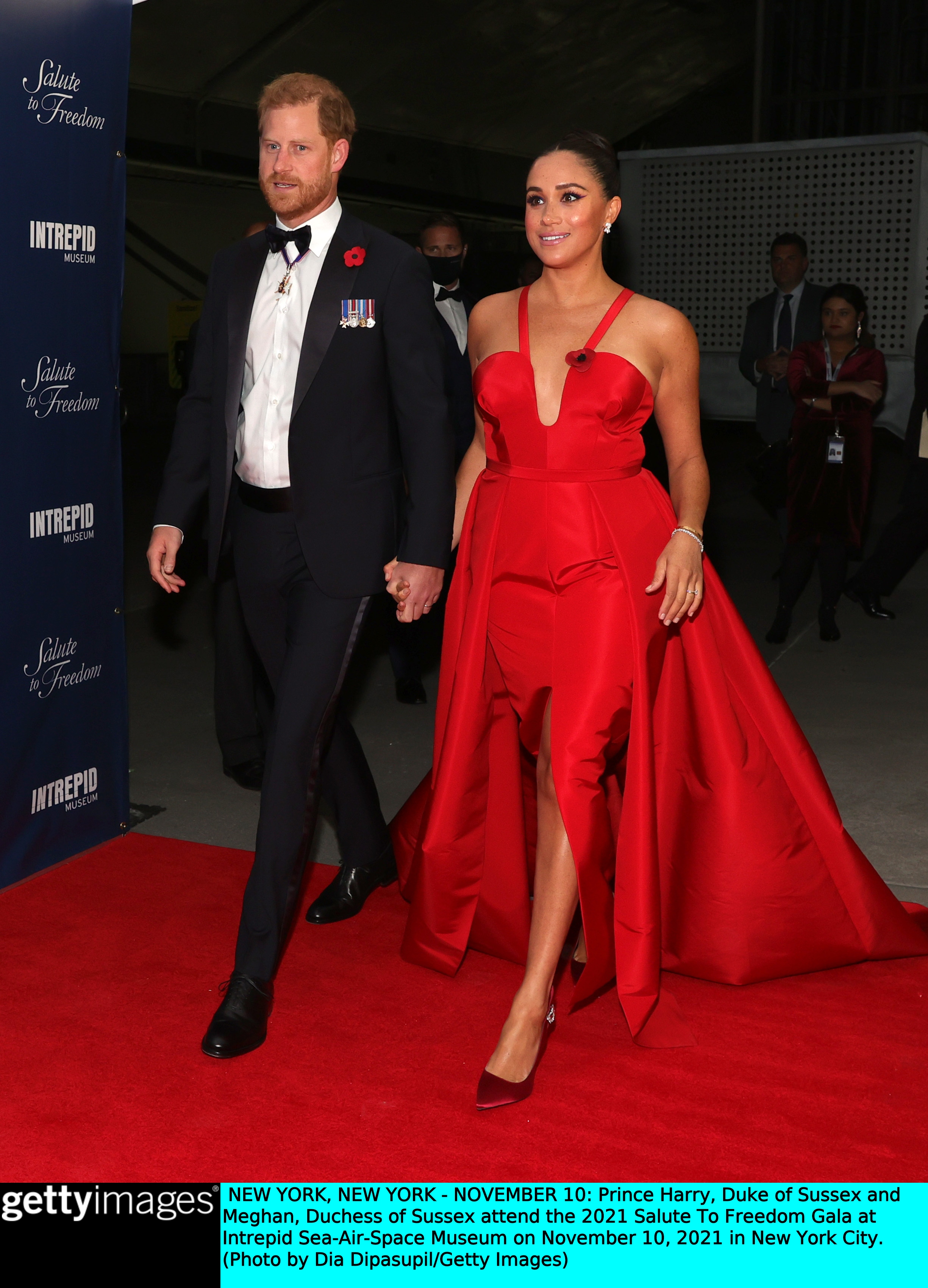