MEGHAN Markle has given birth to her first baby and proud dad Prince Harry gushed of the news this morning.

He was captured grinning from Windsor, and a body language expert has revealed that his face reveals he is a mixture of “utter delight” and “stress”. 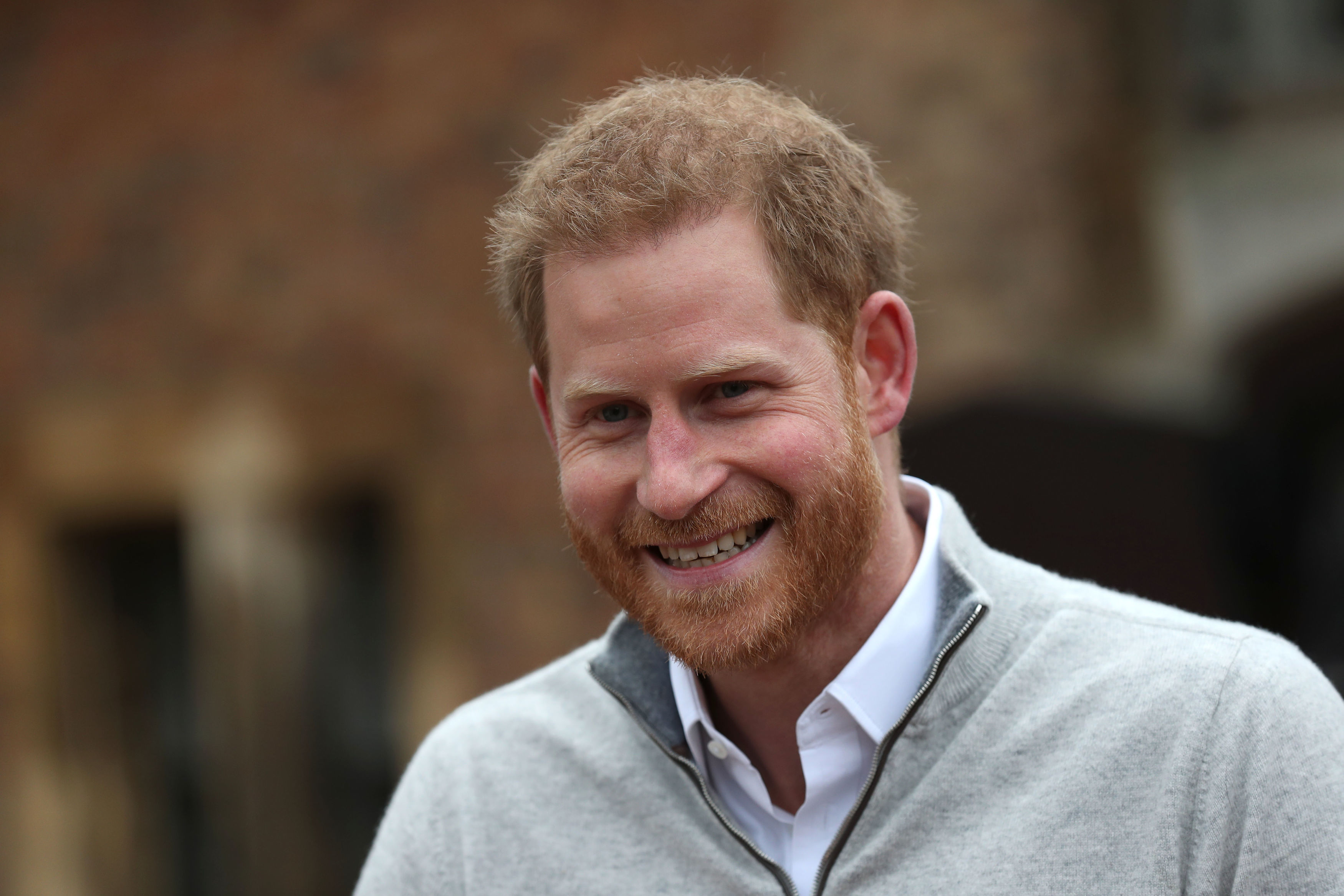 “The mouth is pulled tight and his teeth are edge to edge, showing a mix of utter delight mixed with the kind of stress and anxiety that the birth might have produced.

“His cheeks are raised high and rounded to show utter pleasure and pride and his eye-smile is so powerful it’s creating bumps on his forehead.” 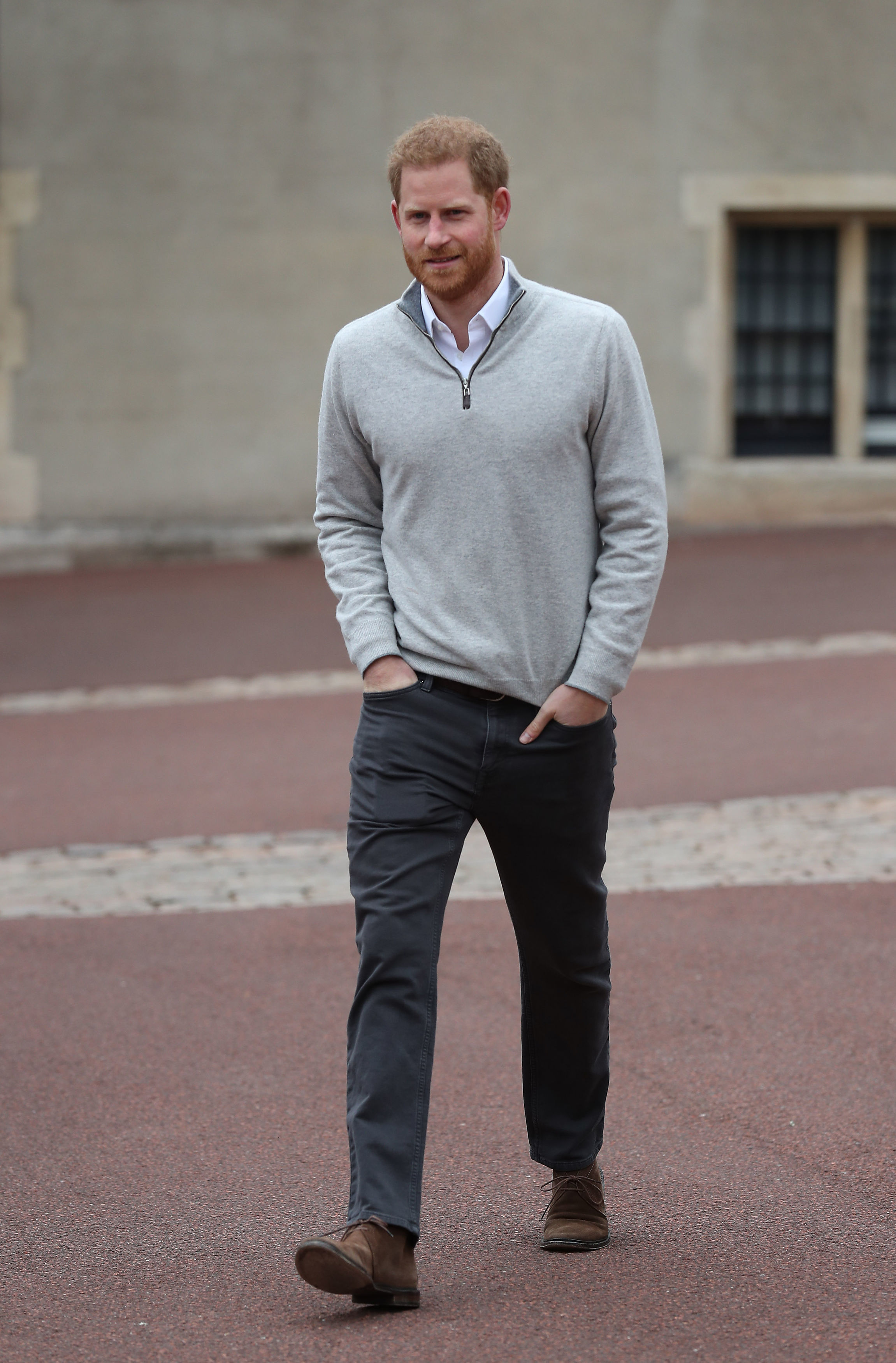 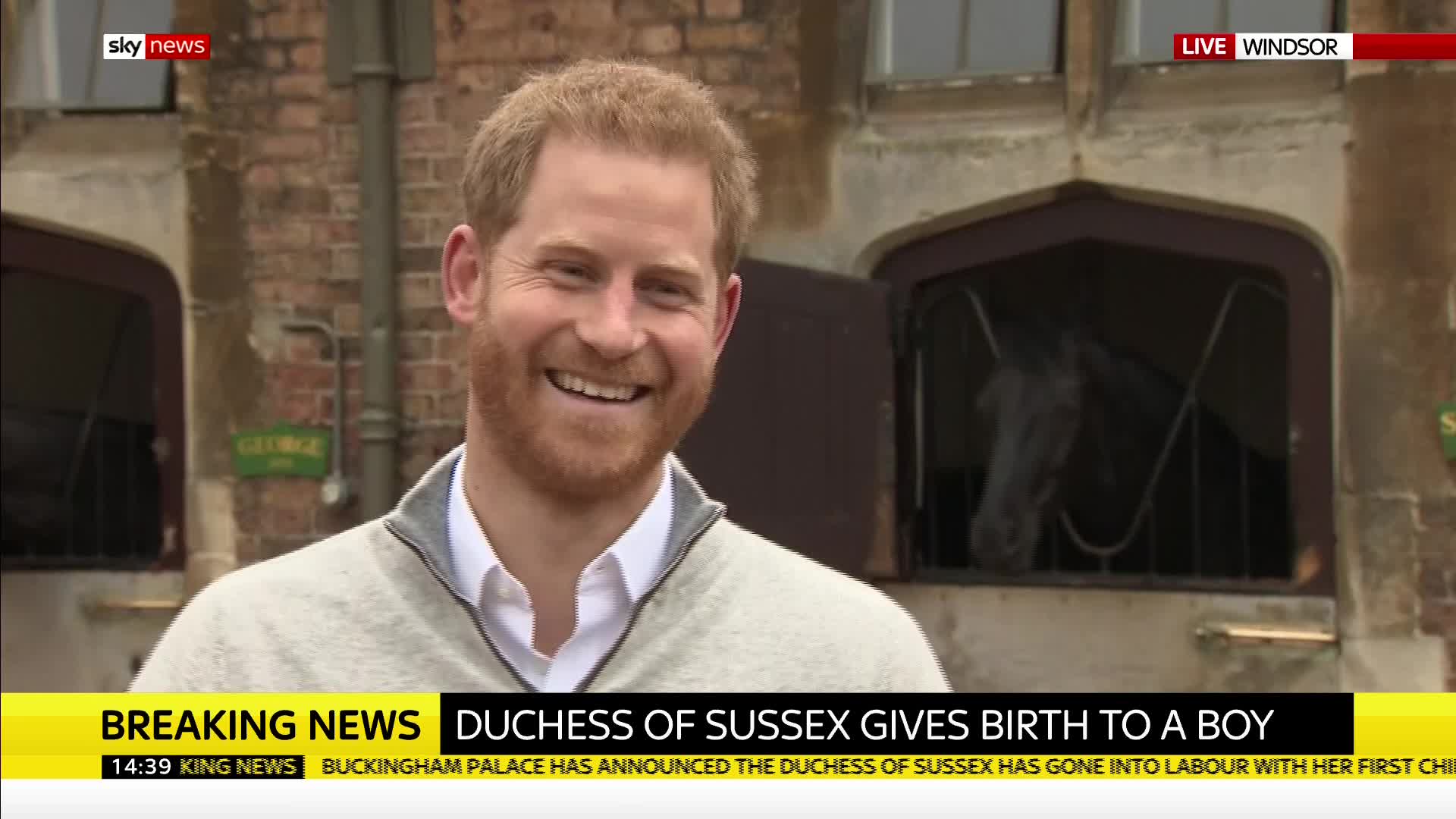 The Sussex baby was born at 5.26am this morning and weighs 7lbs 3oz and Prince Harry revealed it was the most “amazing experience”.

The baby's sex was a surprise for the delighted couple, who chose not to find out what they were having.

The newest addition to the Windsor family is a first cousin of the Duke and Duchess of Cambridge's children, Prince George, Princess Charlotte and Prince Louis, and a fourth grandchild for the Prince of Wales.

A beaming Harry said: "It's been the most amazing experience I could ever have possibly imagined.

"How any woman does what they do is beyond comprehension. But we're both absolutely thrilled.

"We're both absolutely thrilled and so grateful for all the love and support from everybody out there, it's been amazing, so we just wanted to share this with everybody."

We are pleased to announce that Their Royal Highnesses The Duke and Duchess of Sussex welcomed their firstborn child in the early morning on May 6th, 2019. Their Royal Highnesses’ son weighs 7lbs. 3oz. The Duchess and baby are both healthy and well, and the couple thank members of the public for their shared excitement and support during this very special time in their lives. More details will be shared in the forthcoming days.

Prince Harry said they were still thinking about names but would show off their baby to the world in the two days' time.

The Duke of Sussex, who was present for the birth, added: "I'm so incredibly proud of my wife.

"And as every father and parent would say, your baby is absolutely amazing.

"But this little thing is absolutely to-die-for so I'm absolutely over the moon."

The royal couple are currently at their new home, Frogmore Cottage, close to the Queen's Windsor Castle home.

The Duchess’s mother, Doria Ragland, who is said to be "overjoyed" by the arrival of her first grandchild, is with the royal couple at Frogmore Cottage. 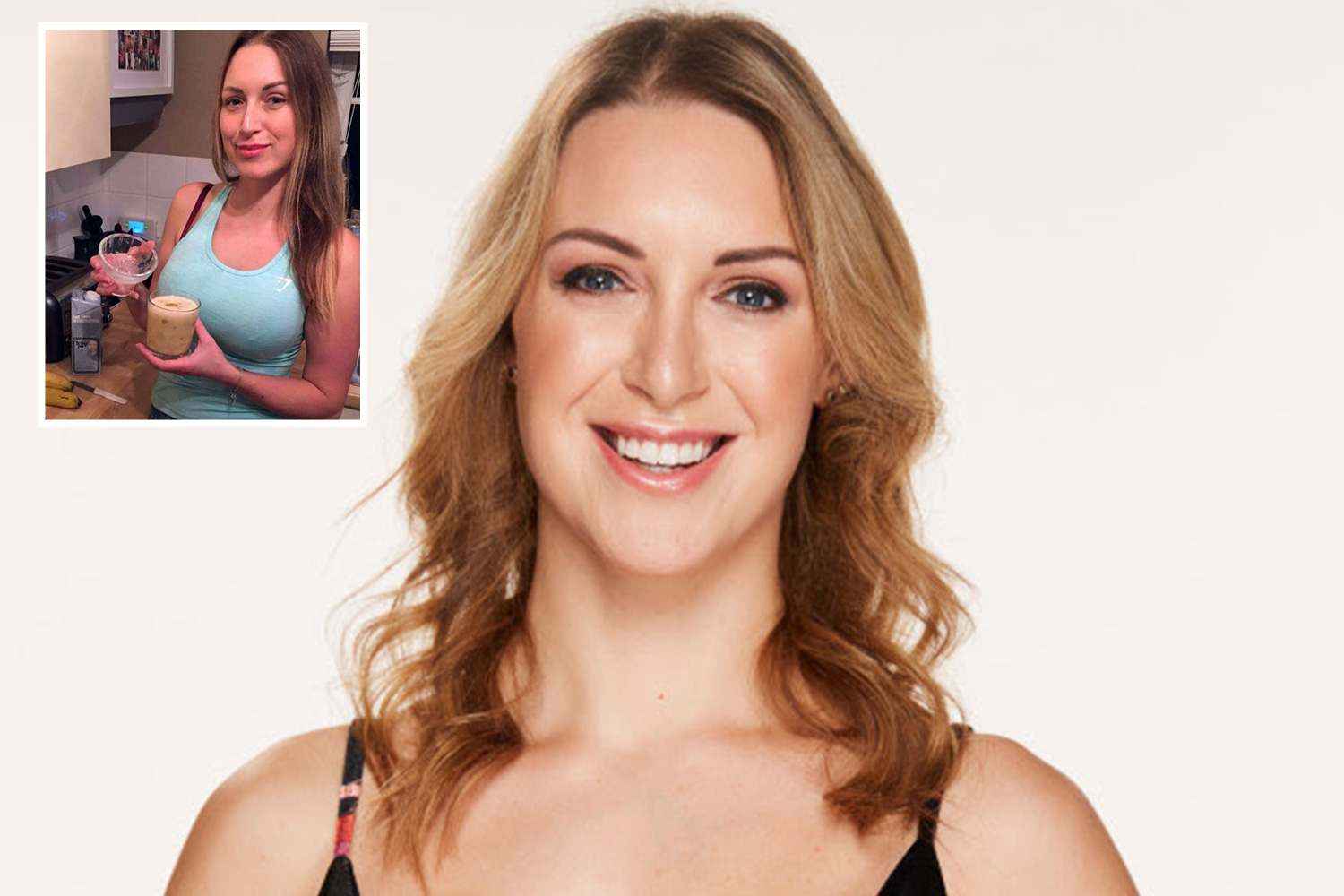 come again!? I drink semen smoothies and use it as a face cream – I never get sick 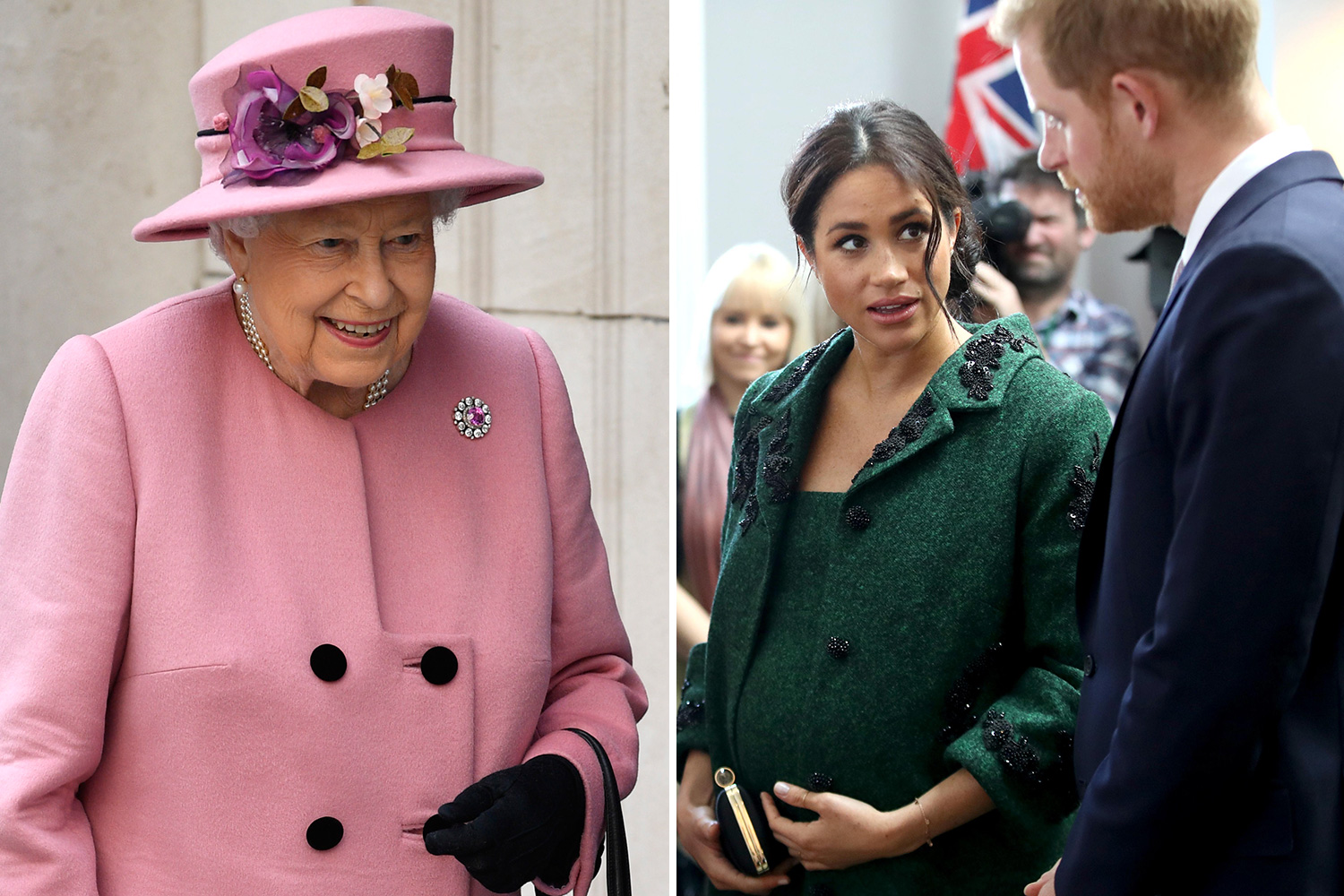 The couple posted a statement on April 11 saying they have "taken a personal decision to keep the plans around the arrival of their baby private".

It is not the only royal tradition Meghan and Harry broke for the birth of their first child.

The couple shunned the Lindo Wing of St Mary’s Hospital in London where the Duchess of Cambridge gave birth to her three children.