WHEN the first series of nineties American teen drama My So-Called Life ended on a dramatic cliffhanger, fans were devastated to discover the show was cancelled.

The series, which aired on ABC from August 1994 to January 1995, gained a huge following despite being short-lived. 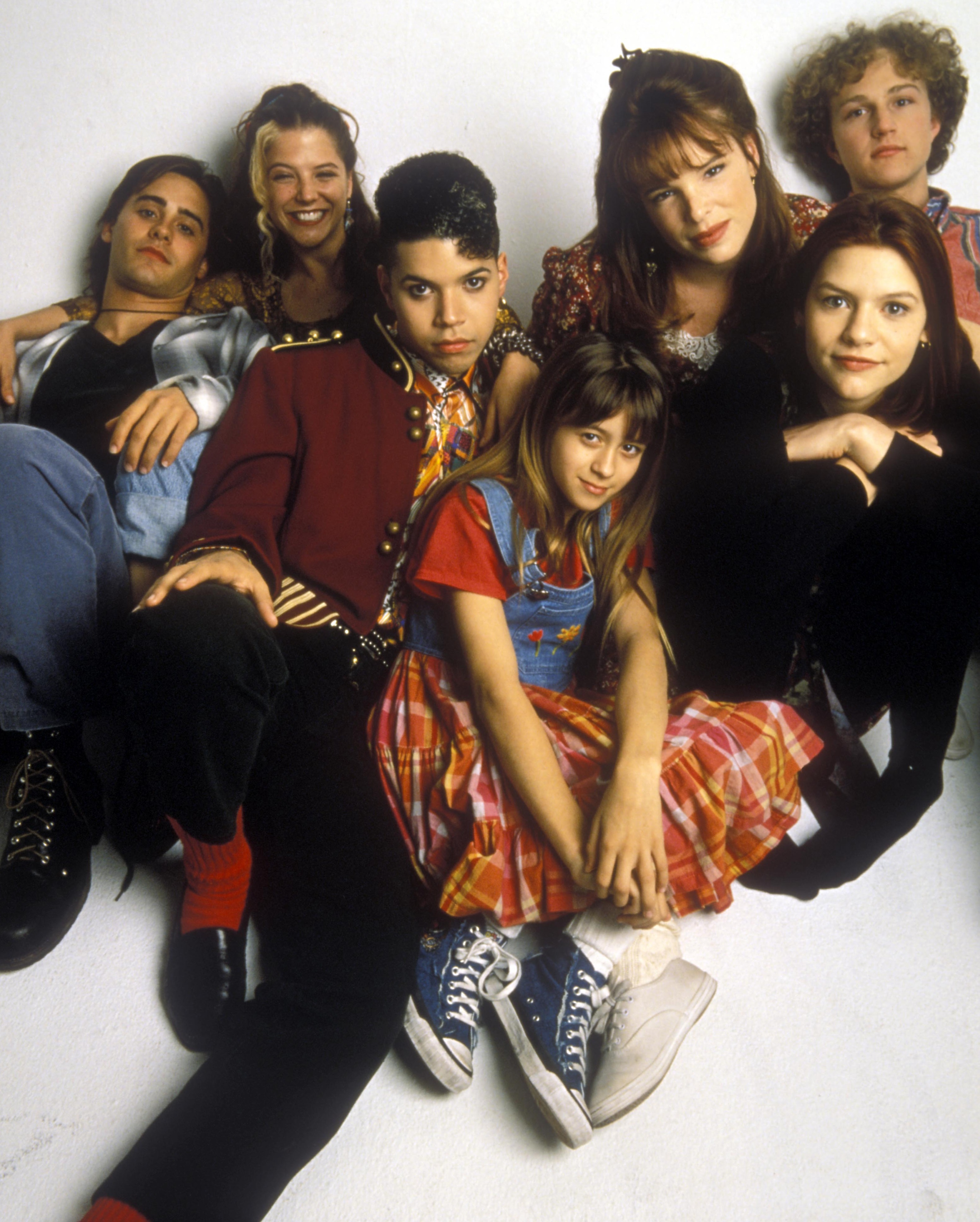 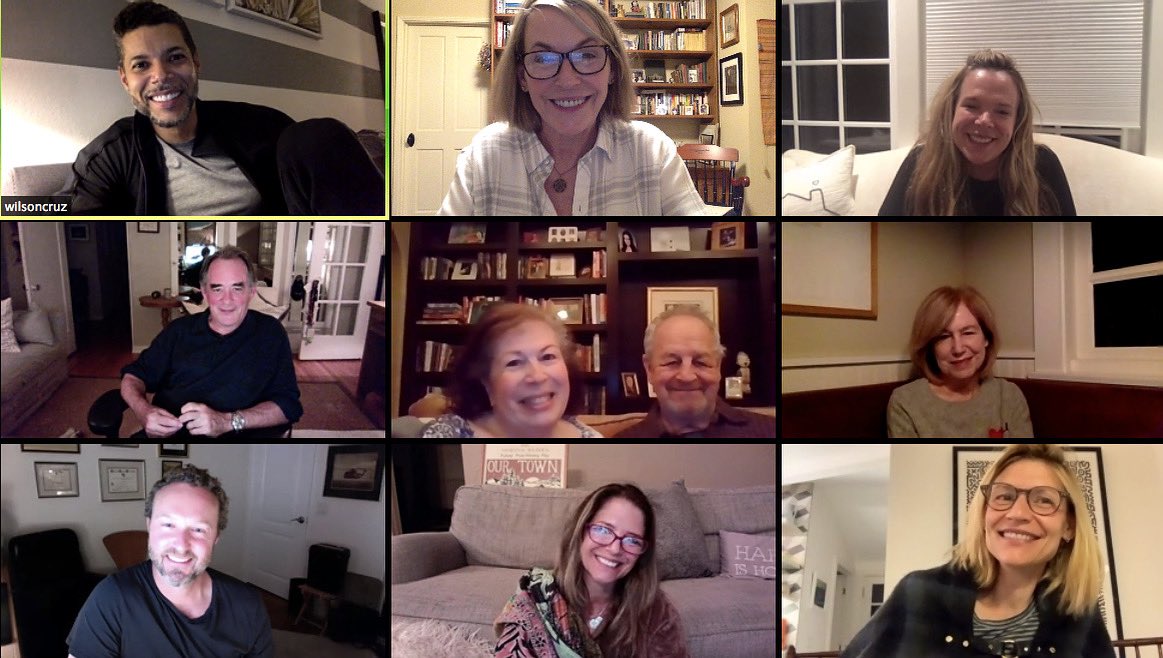 The cast are still on great terms and even had a virtual reunion last year, with actor Wilson Cruz tweeting a photo and saying: "We all have such love for each other, even 26 years later.

"It was overwhelming to see all of those faces together."

From actress to countess, to rock and roll frontman and health battles, here's what the cast of the iconic series – created by Winnie Holzman – are up to now… 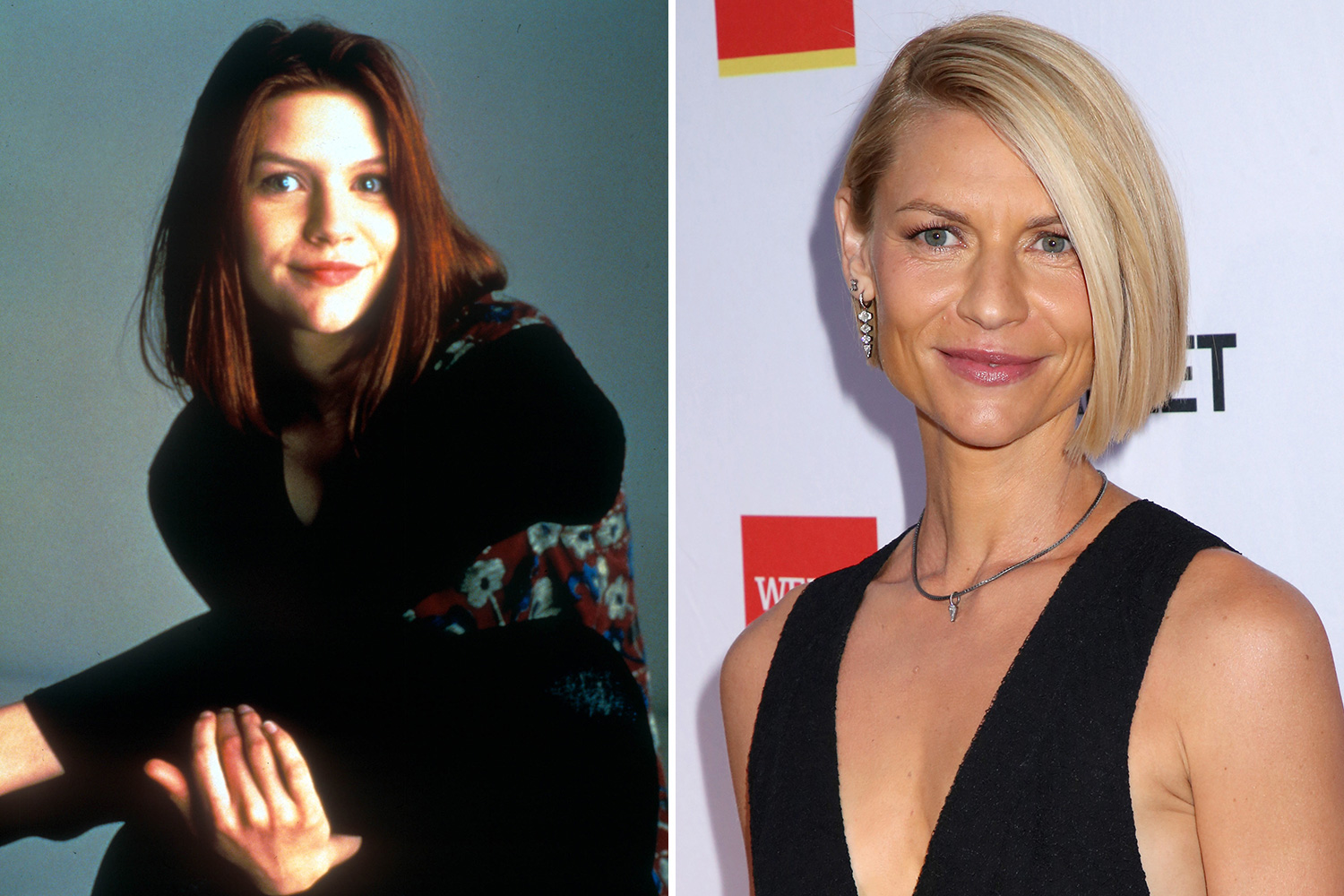 Claire played lead character and narrator Angela Chase, winning the role away from Alicia Silverstone who also auditioned, and she was just 13 when she filmed the pilot episode.

Aged just 15 she won a Golden Globe and was nominated for an Emmy for the role.

Speaking about the role, Claire told Interview Magazine: "It was a seminal experience for me, both professionally and personally.

"I was the same age as the character, and there was an incredible symmetry between us

Now 42, Claire lives in New York with her husband of 11 years Hugh Dancy and their two children.

She has had an illustrious career, starring in the 1996 film Romeo and Juliet with Leonardo DiCaprio and TV series Homeland as Carrie Mathison alongside Damian Lewis.

Earlier this year it was revealed the actress, who has won three Emmys and four Golden Globes, had signed on for the lead role in the upcoming Apple drama The Essex Serpent, playing the lead role of Cora. 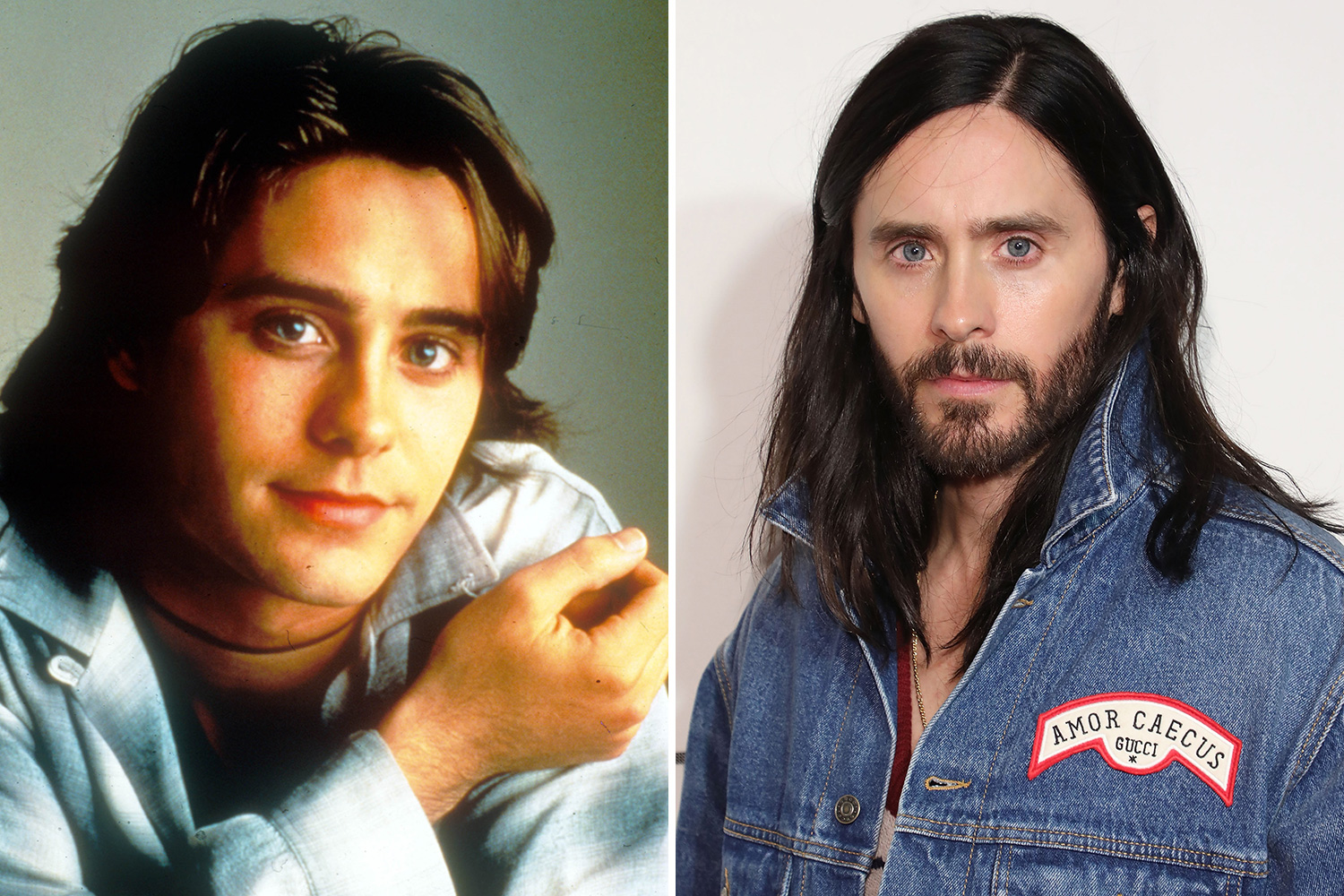 A List actor Jared Leto, 49, has dated a string of Hollywood leading ladies Scarlett Johansson and Cameron Diaz, and is now the frontman for successful rock band, 30 Seconds To Mars.

He also still continues to act, starring in films including Requiem For A Dream, American Psycho and Fight Club.

He also won an Academy Award, a Golden Globe Award, and a Screen Actors Guild Award for his role in Dallas Buyers Club, and his latest film with Lady Gaga and Adam Driver, House of Gucci, is released this year.

Recently tried his hand at modelling too, taking to the Gucci runway in their Love Parade show, and is thought to be in a relationship with Russian model Valery Kaufman. 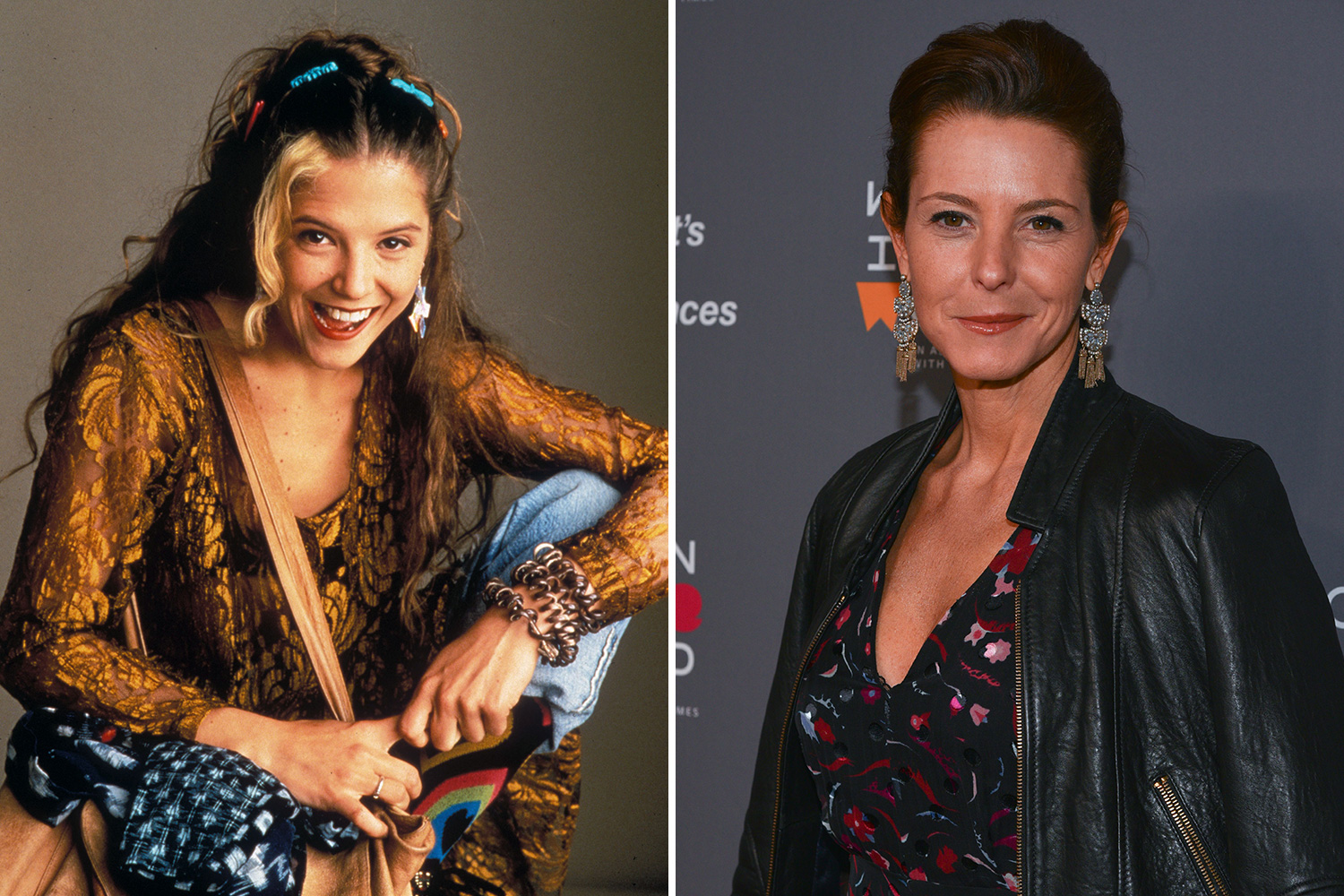 American A.J., now 47, went on to have cameos in hit show Baywatch, and has also taken on a different role.

She is now a countess, after marrying Charles Courtenay, the eldest son of the Earl of Devon, in 2004.

The couple met in a bar and lived in Los Angeles until the death of Charles' father in 2014, when he became the Earl.

They now live in Powderham Castle, just south of Exeter, with their two children.

She was also diagnosed with fibromyalgia, a long-term condition that causes pain all over the body. 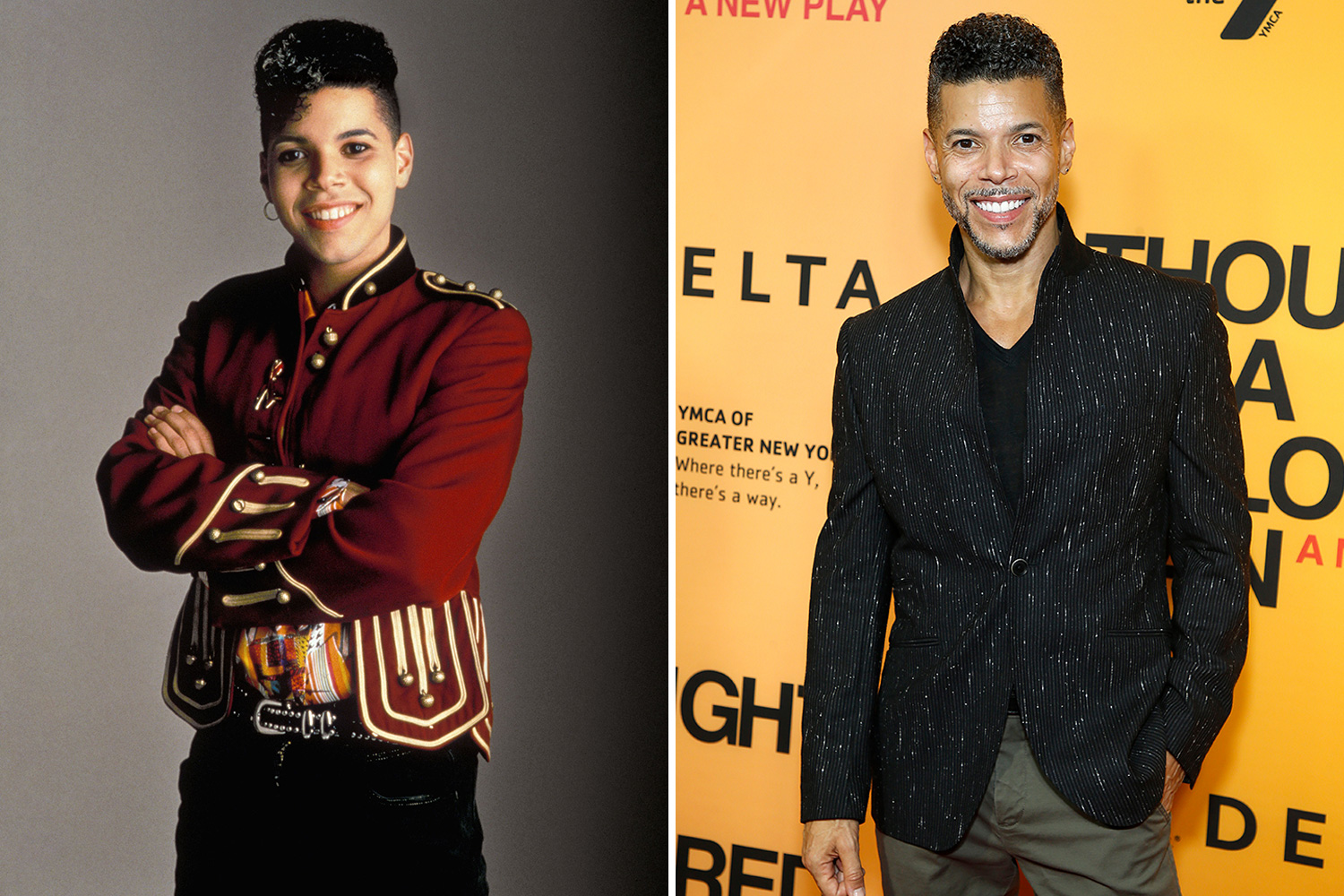 Wilson Cruz starred as Enrique "Rickie" Vasquez, Rayanne's best friend who is gay, and he was the first openly gay teen to play a gay character on primetime TV.

Speaking to Elle, he said: "It was the first pilot I'd ever auditioned for.

"My agent said 'You should read this, there's a part in it that you might relate to'.

"I felt like somebody had followed me around in my high school years and put it all in a script."

He's since made appearances in TV shows including ER, Sister Sister, Thirteen Reasons Why and The West Wing, and is an advocate for LGBTQ youth.

In 1998, he made his Broadway debut as Angel in Rent, and he plays Doctor Hugh Culber on Star Trek: Discovery. 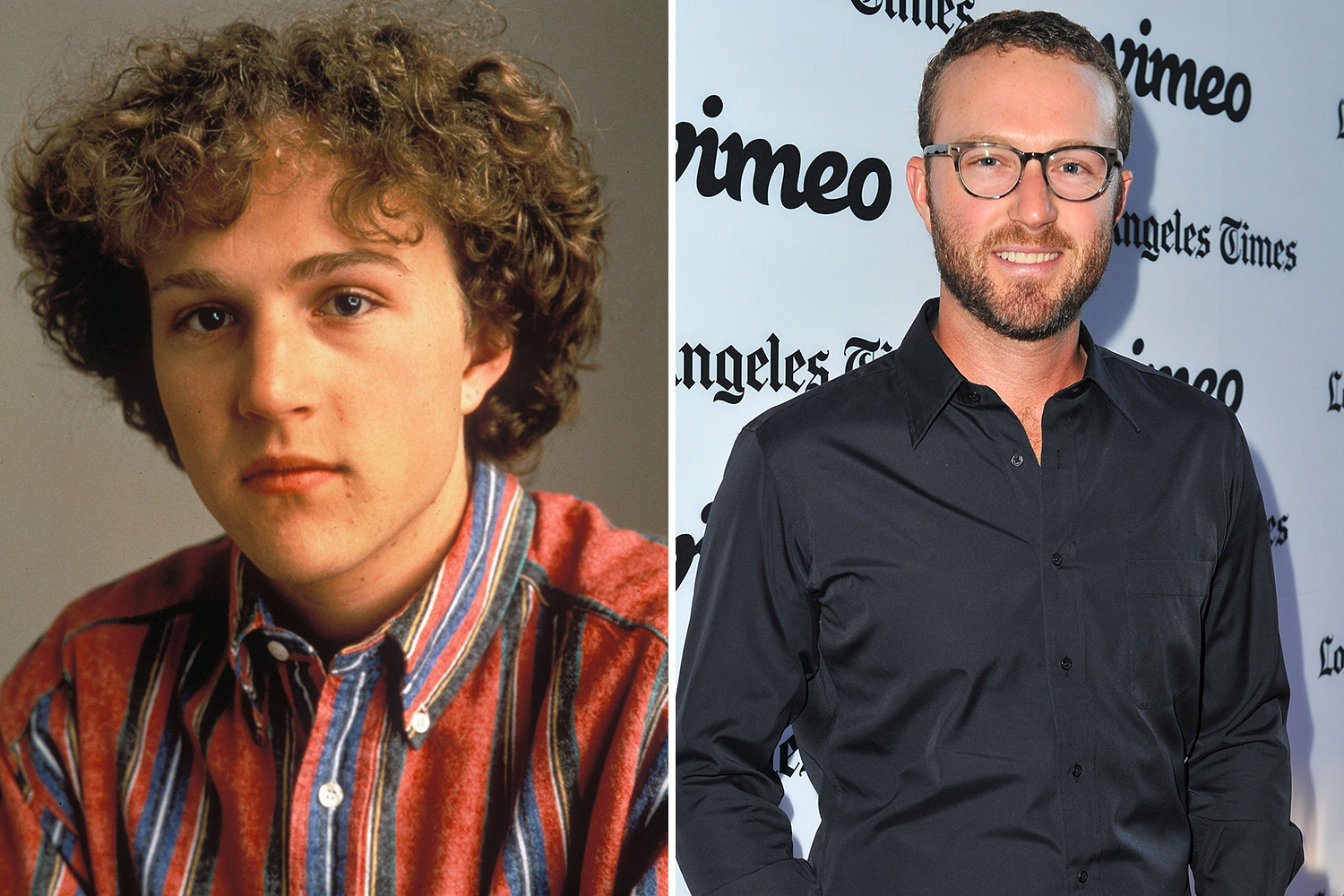 Devon Gummersall starred as Brian Krakow, Angela's nerdy neighbour with a huge – and sadly, unrequited – crush on her.

Speaking about the show, he told Elle: "Even though we were all devastated when it ended, I do think we are grateful for it being such a short-lived and kind of perfect thing that happened under glass, in a way.

"It was over before it became huge, so it had a purity to it that was kind of unique and rare."

He went on to appear in blockbuster hit Independence Day, and is also now an accomplished writer and director.

In 2018, he directed two episodes of the hit series Nashville, and directed film Low Fidelity. 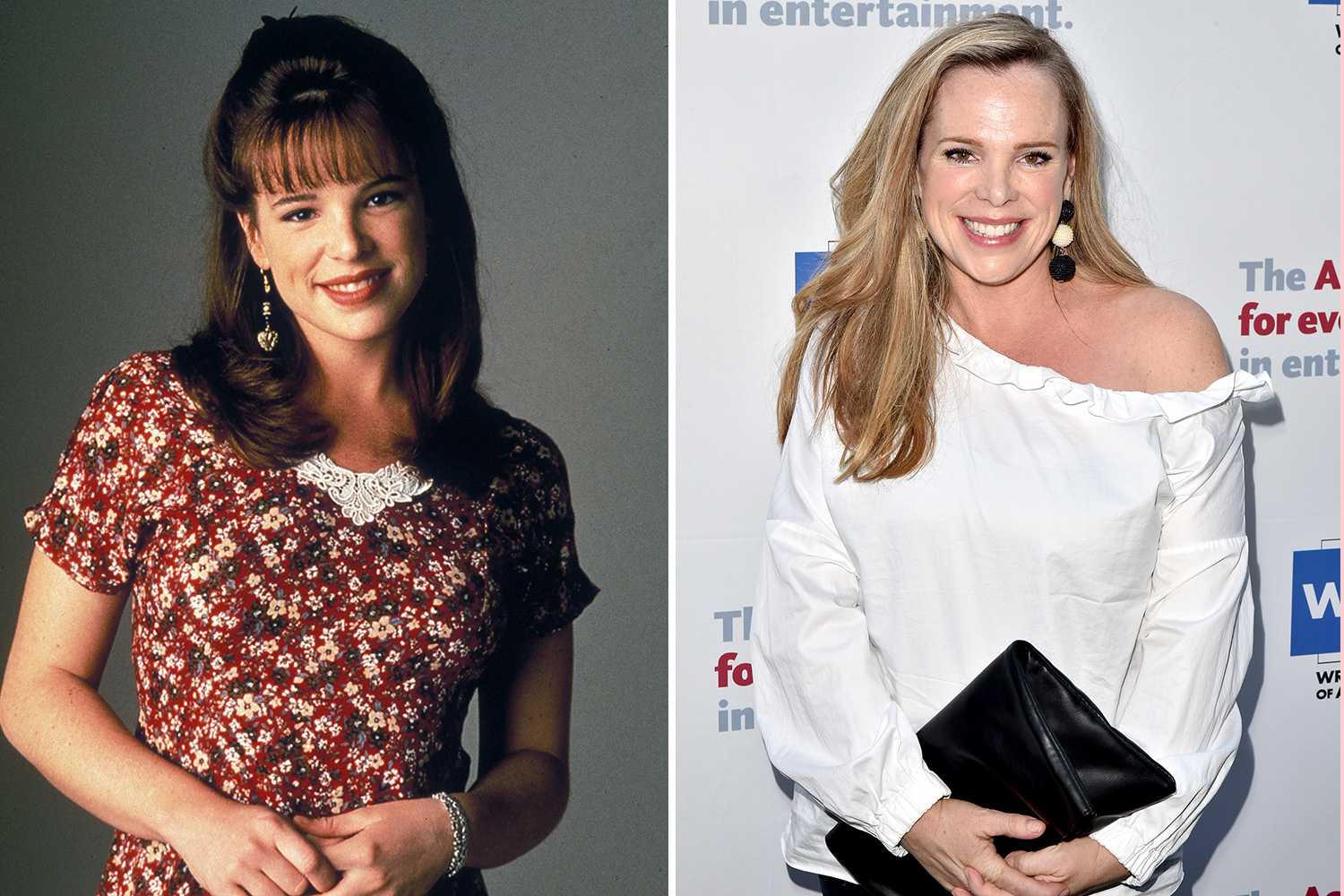 Since then, she's appeared in shows including That's So Raven and Private Practice

She's still very close to several of her former castmates. 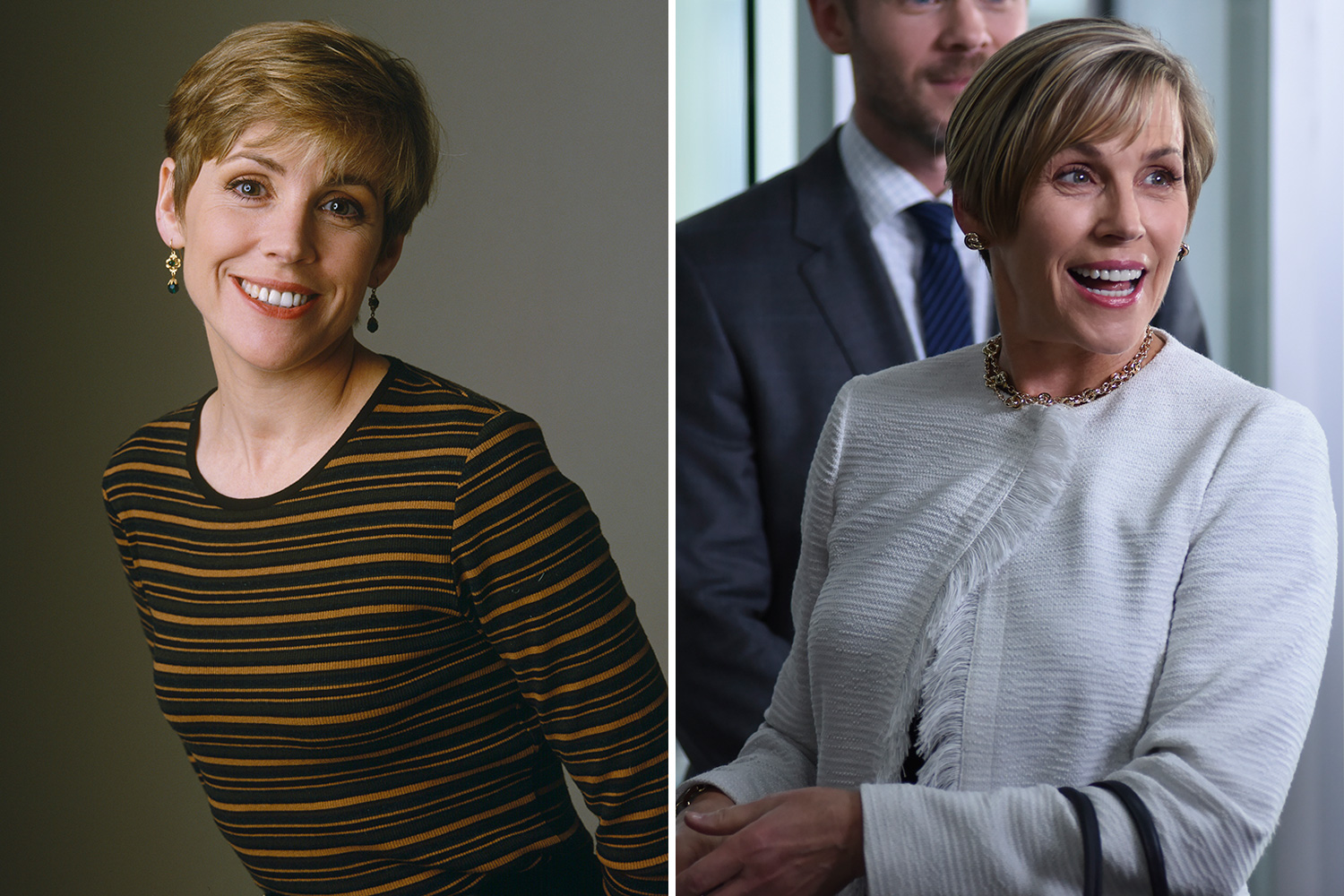 After the show she played the role of Lydia, Haley's mum on One Tree Hill.

She continues to work in film, TV and on stage. 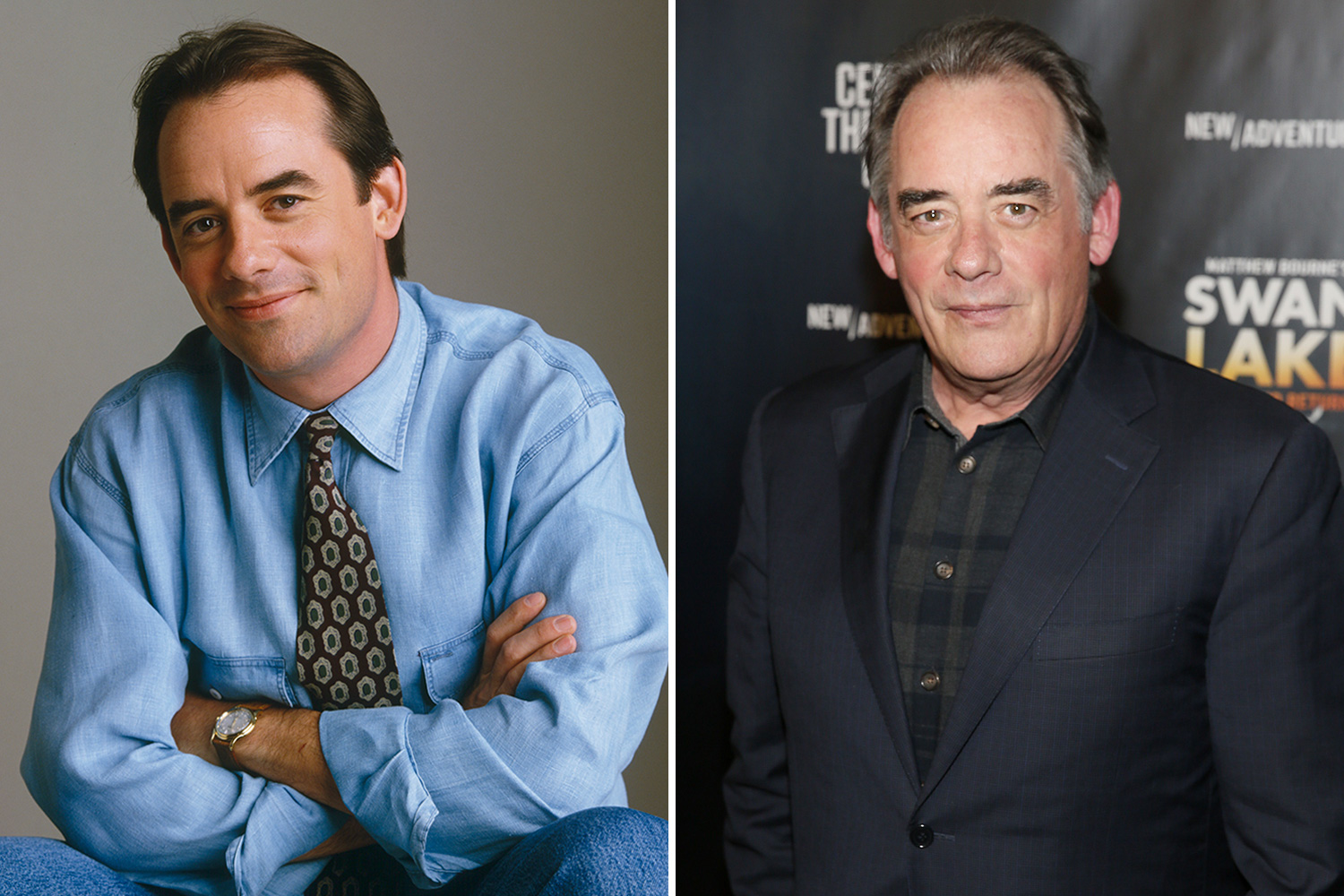 He went on to play Adrian Powell on drama Devious Maids, also appeared on ABC show, Chasing Life and The Morning Show.

He also appeared in the West End production of Up for Grabs with Madonna and in a number of Broadway shows. 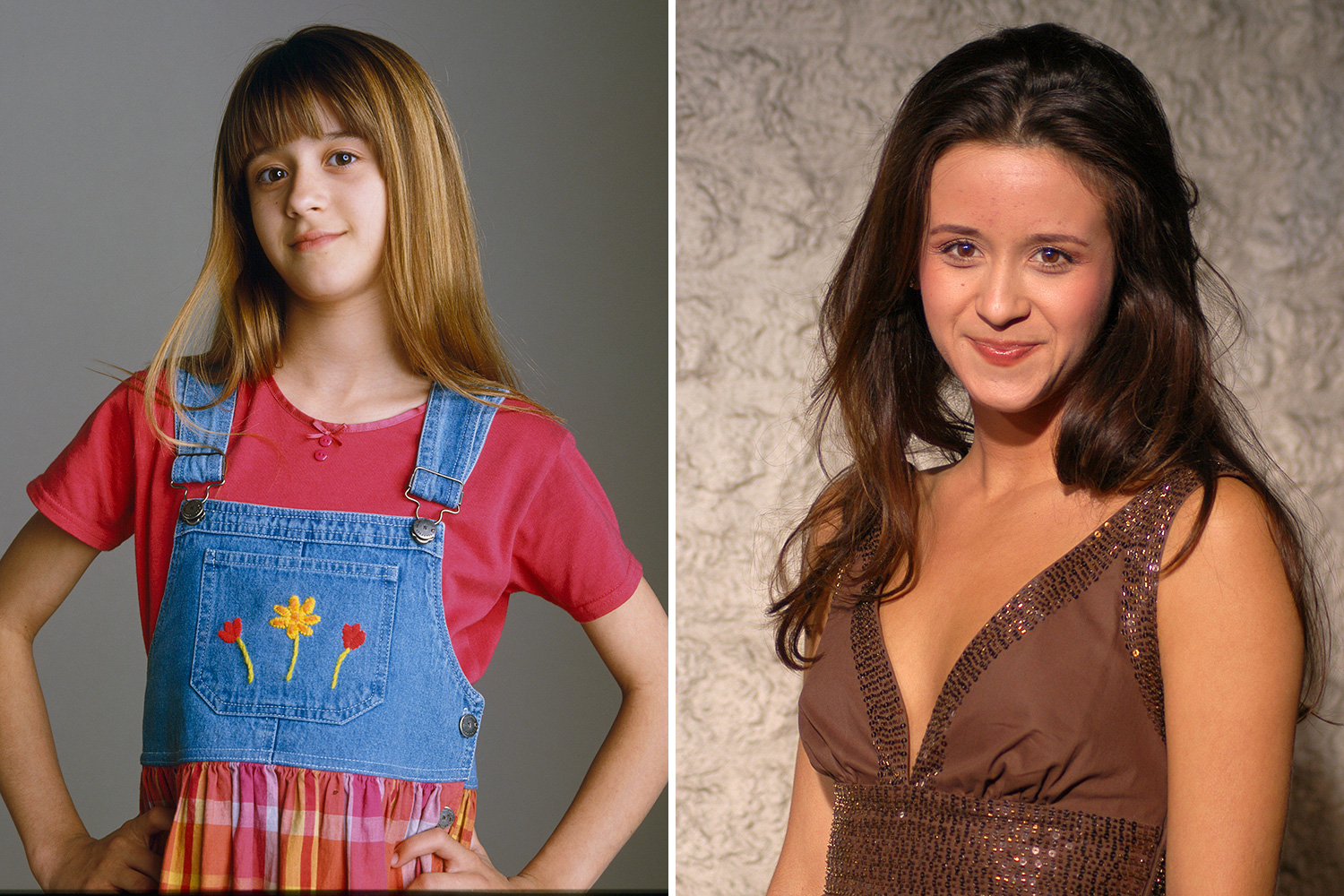 She voiced Connie D'Amico on Family Guy from 2000.

The 40-year-old has recorded background voices for more than forty films, radio adverts and cartoons.

Her voice work also features in recent Netflix animation, The Mitchells Vs The Machines.