During a night out in Santa Monica, Rihanna looked incredibly sexy while pairing her black skirt with a crop top.

Rihanna turned heads when she stepped out for dinner in Santa Monica on March 28. The singer rocked a tiny black mini skirt for her evening out, which she paired with a matching crop top and a long coat. She also wore pointy-toed heels, which featured straps all the way up her calves. The look was complete with a small purse and sunglasses, and Rihanna accessorized with lots of rings on both hands. 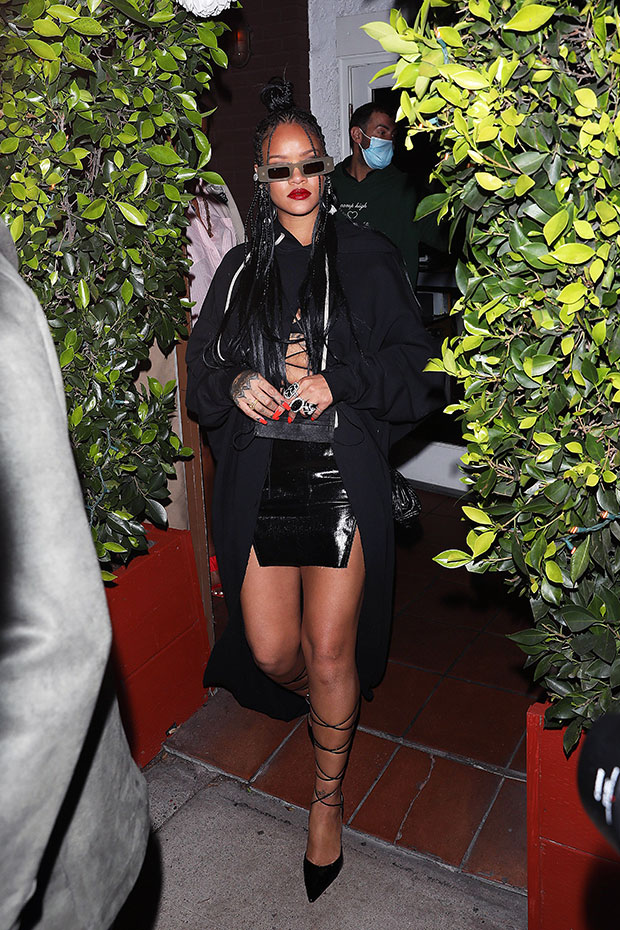 For her beauty look, RiRi wore her hair in long braids, with part of her locks pulled back into a bun. She also added a pop of color to the edgy outfit by wearing red lipstick. When she was photographed outside the restaurant, Rihanna was alone, and it’s unclear who she was meeting up with inside for her night out. 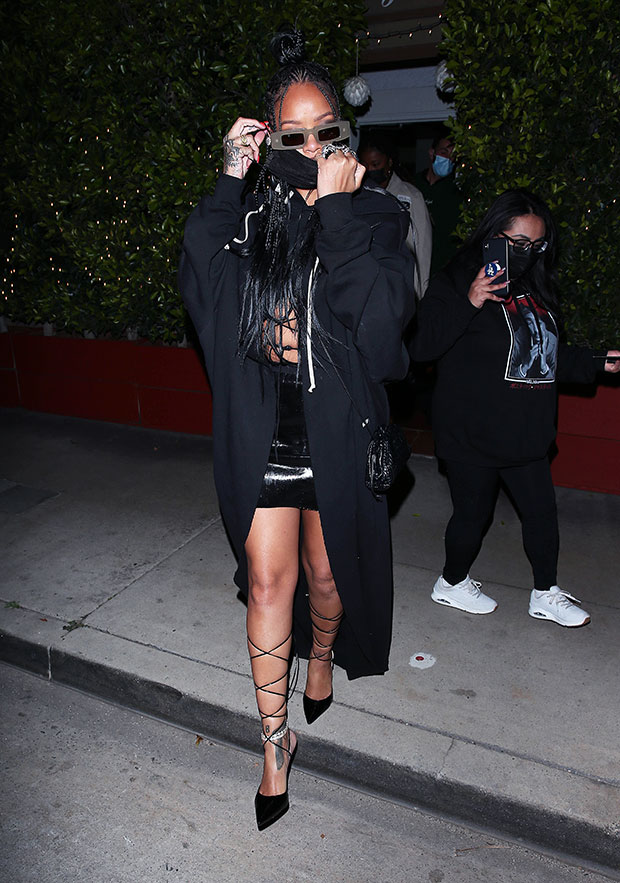 Although Rihanna kept a pretty low profile in 2020, she’s been seen out and about quite a bit more recently. RiRi’s been keeping very busy with her Savage x Fenty collection and Fenty Beauty line, but earlier this month, she teased that new music could finally be on the horizon. Fans have been dying for new tracks from Rihanna since the release of her last album, Anti, which came out in Jan. 2016 — FIVE years ago.

Rihanna was celebrating Anti’s historic five-year run on the Billboard Hot 200 charts when she made the announcement that new music is coming. “Celebrate by releasing a new song!” one fan told her, to which she responded, “I think I should. Just 1 tho.” Normally, when Rihanna responds to a fan comment about new music, she jokingly scolds them for expecting too much from her, so this was a very different response than usual. Could the time finally be coming!?

Meanwhile, Rihanna was most recently romantically linked to rapper, A$AP Rocky, who she was photographed spending quite a bit of time with in 2020. The two have kept their relationship very low-key, but all signs point to things being quite serious between them. He even joined her in her homeland of Barbados for the holidays last year!