AMAZON customers are sharing the very flirtatious and cheeky messages they have received from the customer service team.

The messages have been sent on the Amazon live chat function – and have certainly brought shoppers a smile. 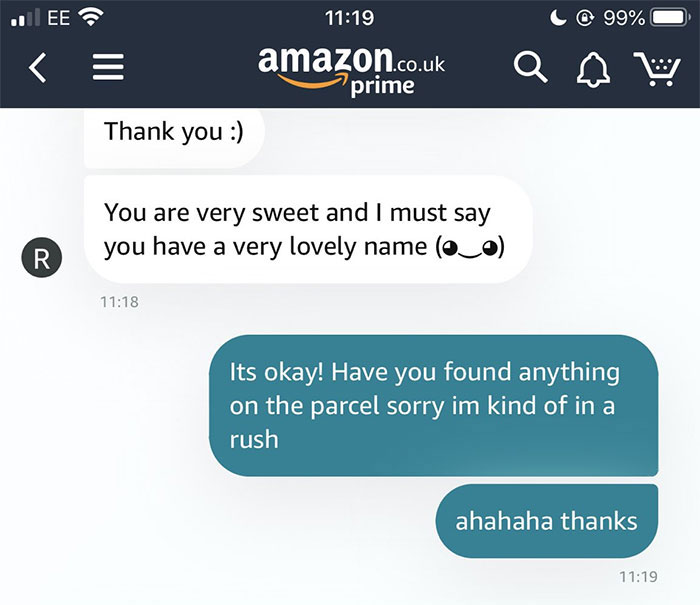 While you should expect customer service staff to be friendly, these messages get very friendly indeed.

From innocent compliments to extensive chats these shoppers certainly got more than they bargained for.

BoredPanda has compiled several of the unprofessional exchanges.

Twitter user Roxana was the first to share her very familiar chat, with the employee at first complimenting her name. 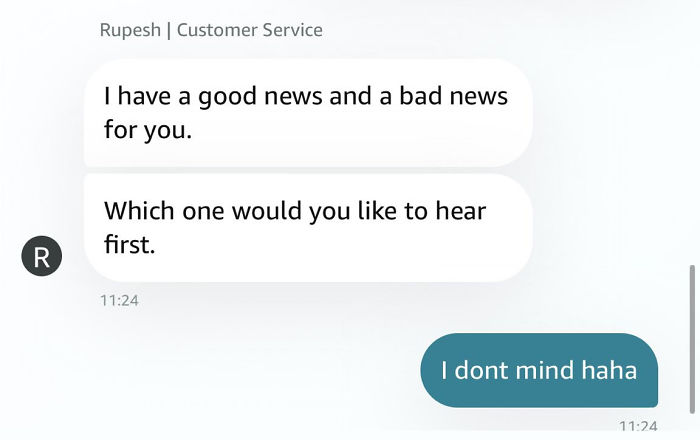 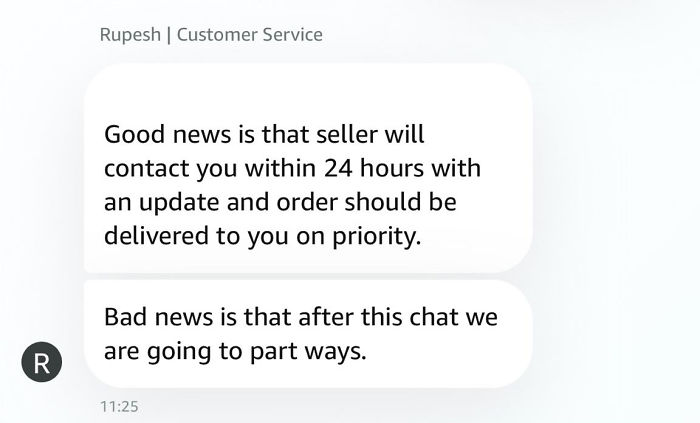 He later went on to tell Roxanne that the "bad news" was that after their chat they would have to "part ways."

Her tweet quickly went viral, receiving over 300,000 likes with several of her followers sharing similar experiences.

User Suz replied to say: "Dude I swear this happened to me last year. 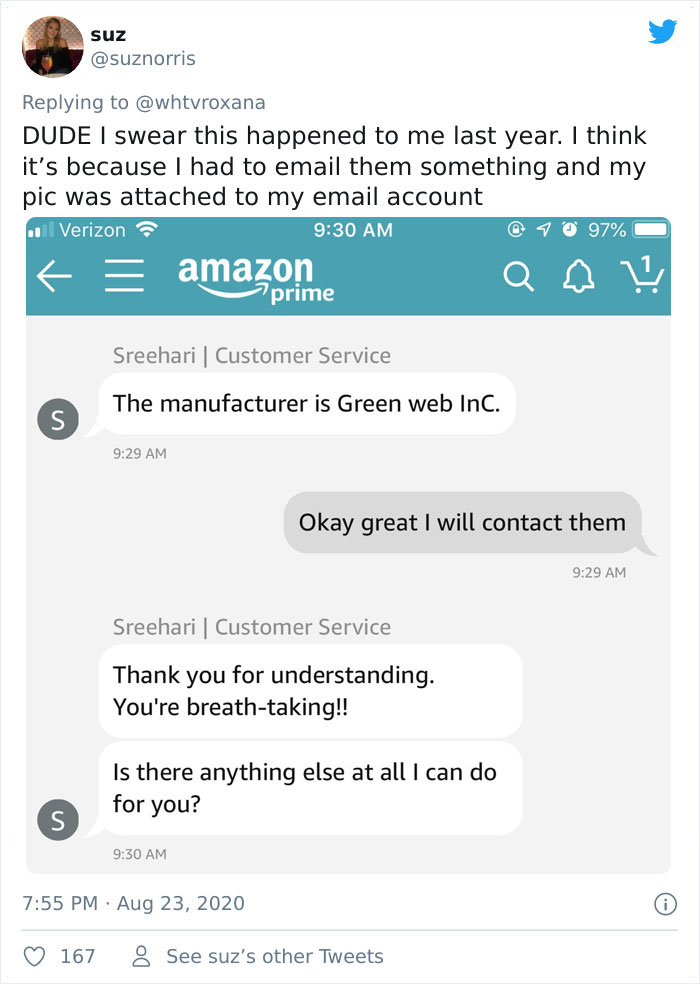 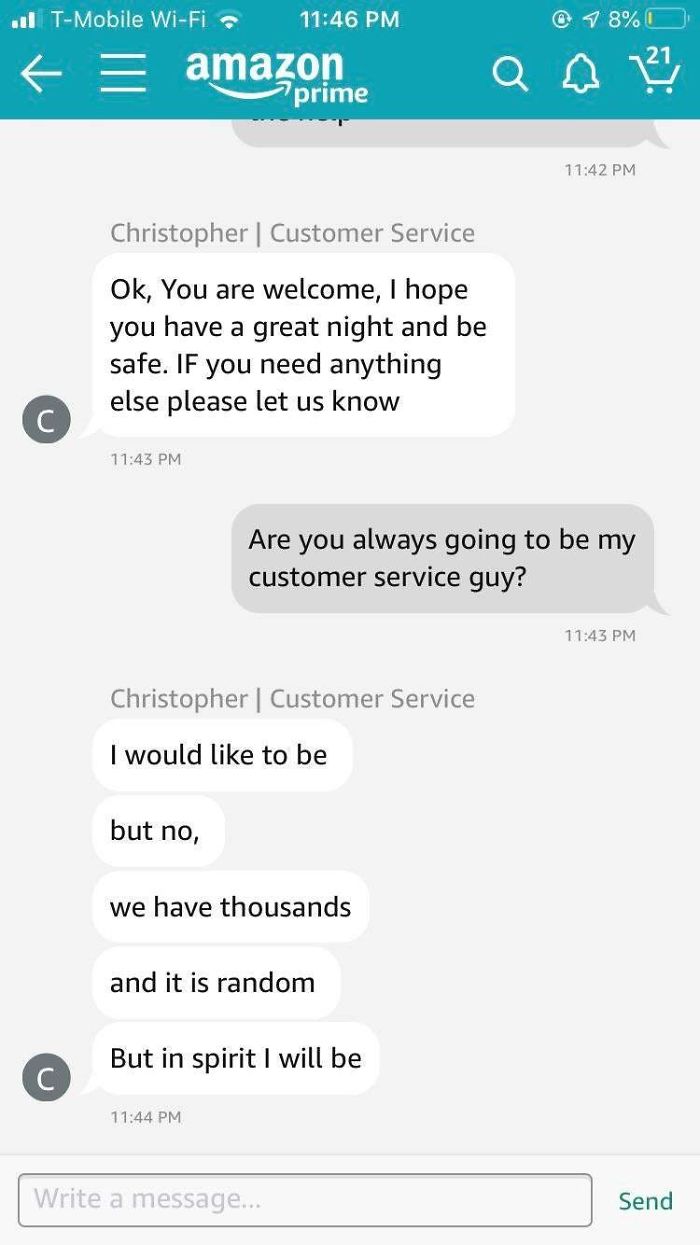 "I think it's because I had to email them something and my pic was attached to my email account."

She then shared a screenshot of their exchange where the employee described her as "breath-taking." 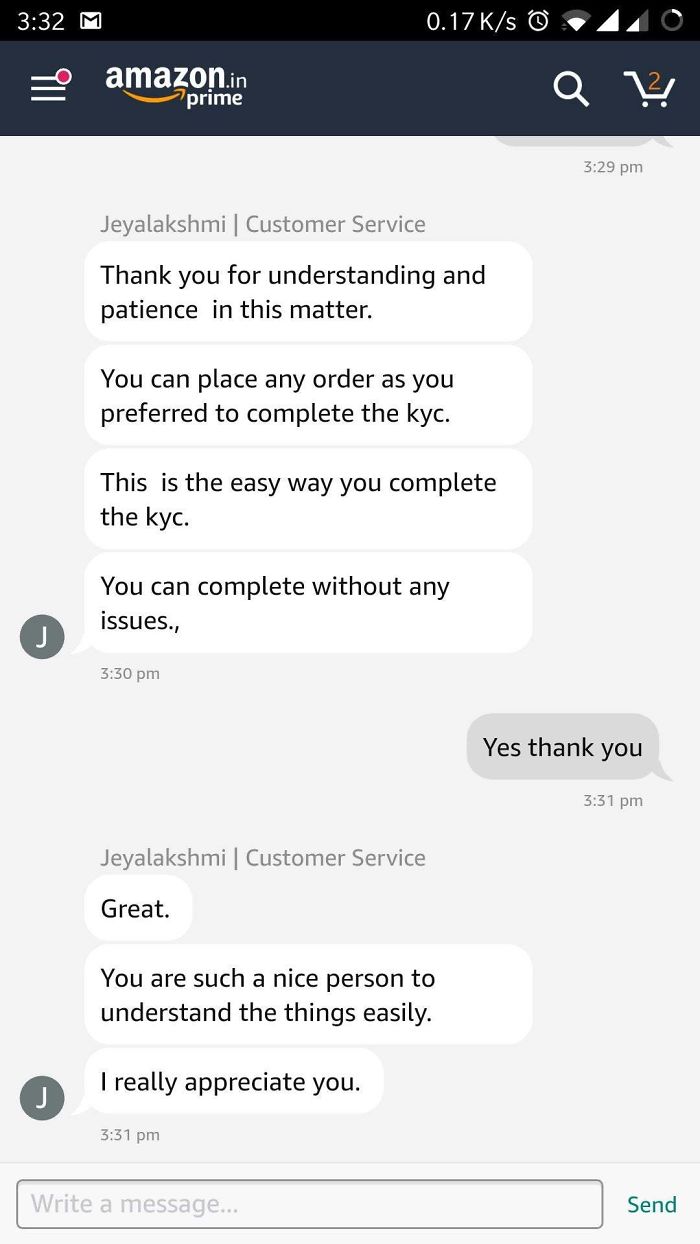 In other shopping news, this mum was left outraged when a Yodel delivery driver told her that her Whatsapp pic was "turning him on."

And this mum accidentally asked her Hermes delivery driver for period advice after mixing up numbers.

Plus this woman was horrified when a JustEat driver bombarded her with creepy messages after delivering her food.