THERE'LL always be a time where we want to treat ourselves to something new – but sometimes we have to fight the urge and save the cash instead.

So rather than buying a lush new sofa, a single mum picked one up second-hand and decided to spruce it up herself. 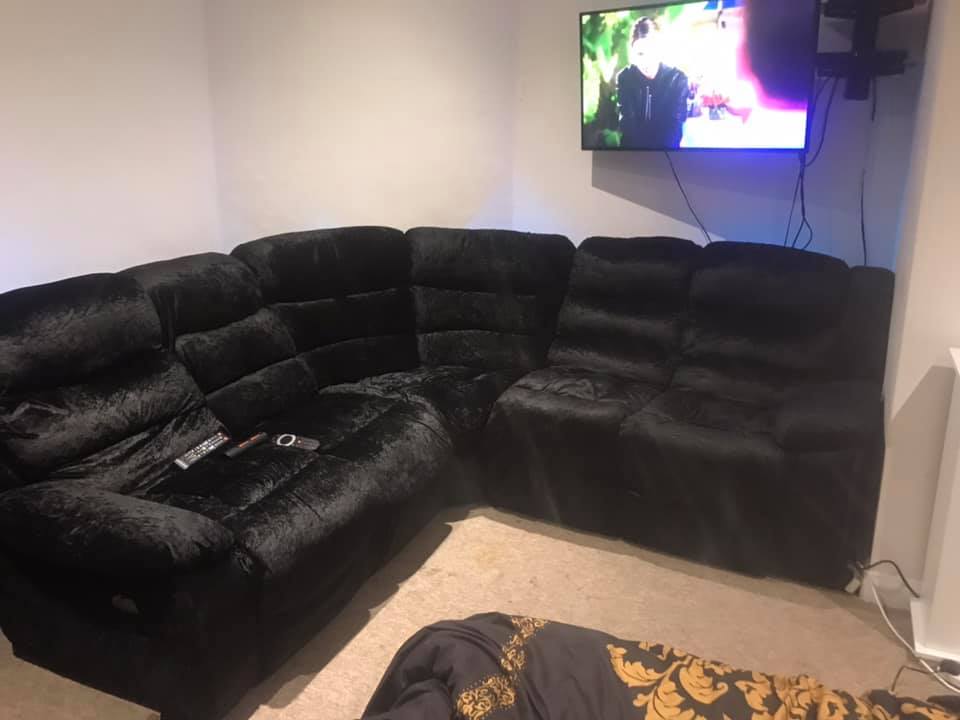 Desperate to get the grubby old brown fabric looking new again, the mum thought give it a DIY dye job but was forced to think up another plan when it failed.

The DIY fan then chose to completely recover the sofa and it's cushions with some stylish black fabric she picked up for a total of £70.

But rather than an expensive and time consuming re upholstery job, the clever mum instead used both a glue and staple gun and got to work on transforming the cosy furniture item.

Despite a "few of burnt fingers" the end result is amazing with the sofa looking brand new.

Proud of her efforts, she shared before an after snaps online detailing her method in the DIY On A Budget Facebook group. 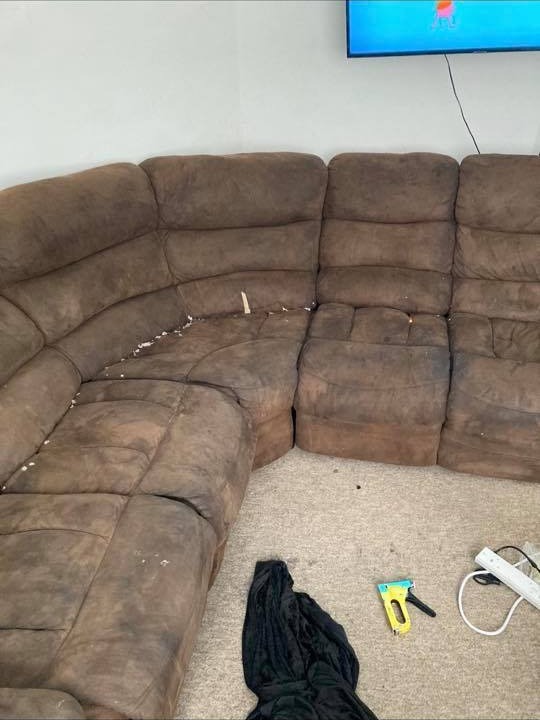 She wrote: "So I got this sofa a few months back second hand and being a single mum I accepted the sofa as just moved my new flat, tried to dye it and it didn't work, so I decided to buy some fabric for £70 and a glue gun and staple gun.

"A few burnt fingers later and it looks a lot better than it did. (Don’t mind the telly on the wall, decided the sofa looked better in that corner after up cycling it and will be moving TV at some point).

"Thought I would share as I kind of winged it and didn't have a clue what I was doing. So for anyone looking to up-cycle -if I can do it anyone can."

We also shared a mum’s trolley hack which allows you to go shopping even when you’ve forgotten your token or £1 coin.

And this woman shares an easy tip for filling ice cube trays which makes them freeze in extra quick time.

While a bloke shows easy way to peel an onion in seconds – and you’ve definitely been doing it wrong.