A STUDENT who spends two hours every day covering her acne with make-up has admitted she refuses to date out of fear she'll be accused of "catfishing".

Abigail Collins, 19, has suffered with spots since the age of 10 and was bullied at school for her blemished complexion. 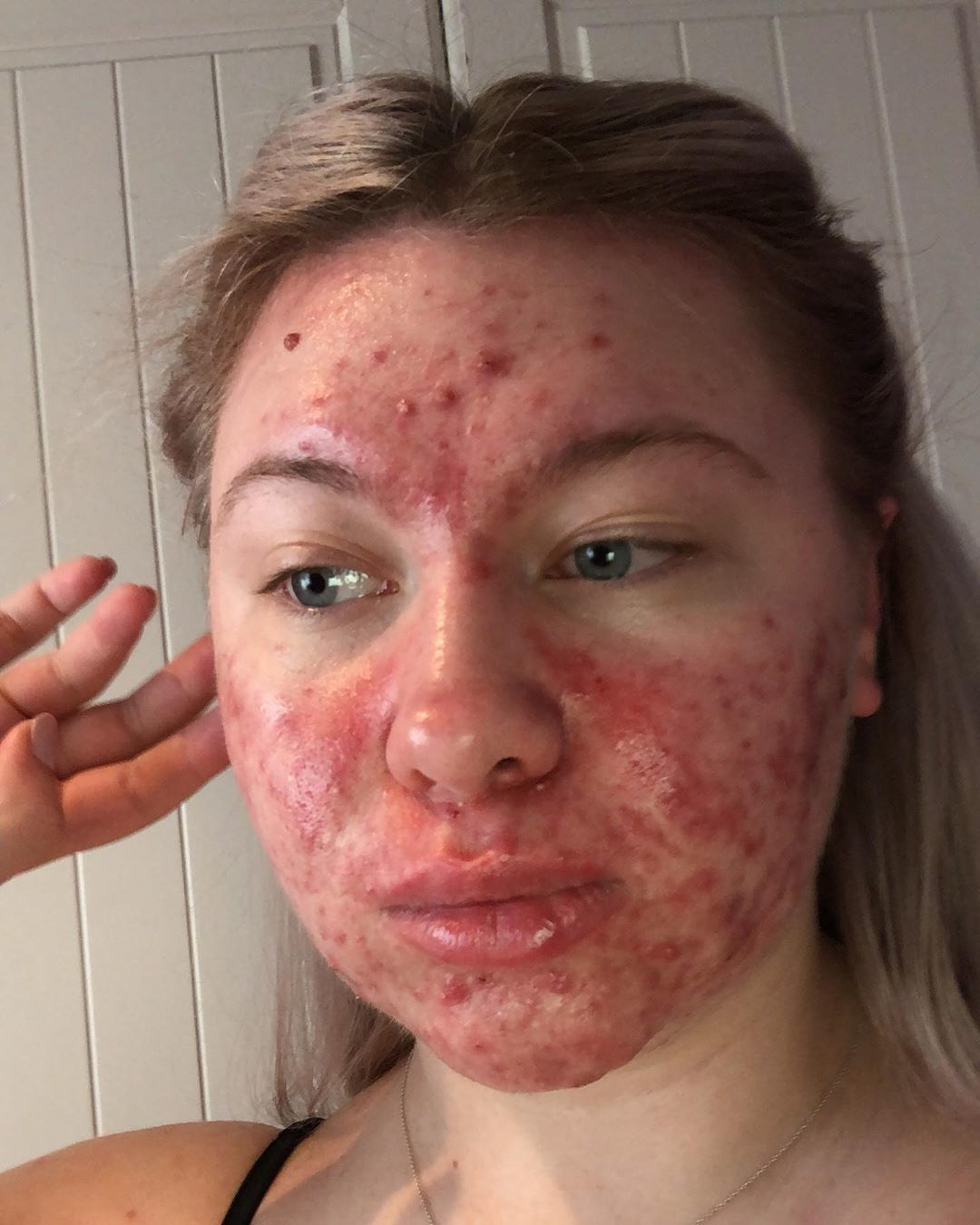 The criminology student from Glasgow says the move to university has given her the confidence to leave the house bare-faced.

However, Abigail still steers clear of the dating world in case romantic interests think she's being "dishonest" when covering her acne with makeup.

She said: "I’ve struggled to get into relationships as I was so self-conscious about my skin and how it looked, especially to someone romantically, so I tried, and still do, to avoid this.

“I don’t date purely because I don’t want anyone to think I’m a catfish or that I’m not being honest about the way I look. It’s so difficult to understand and see how another person interprets you." 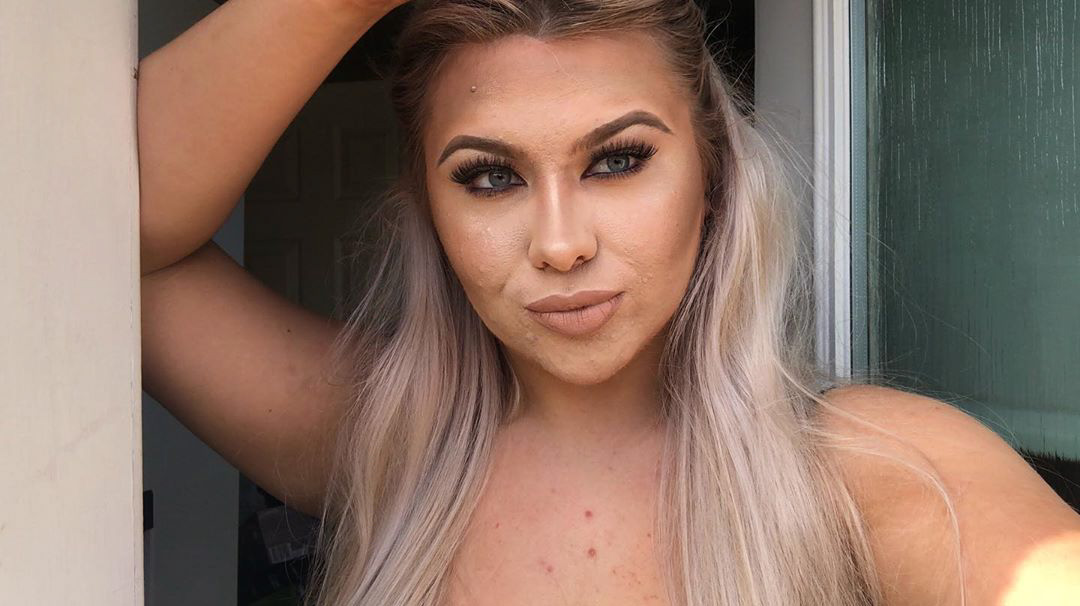 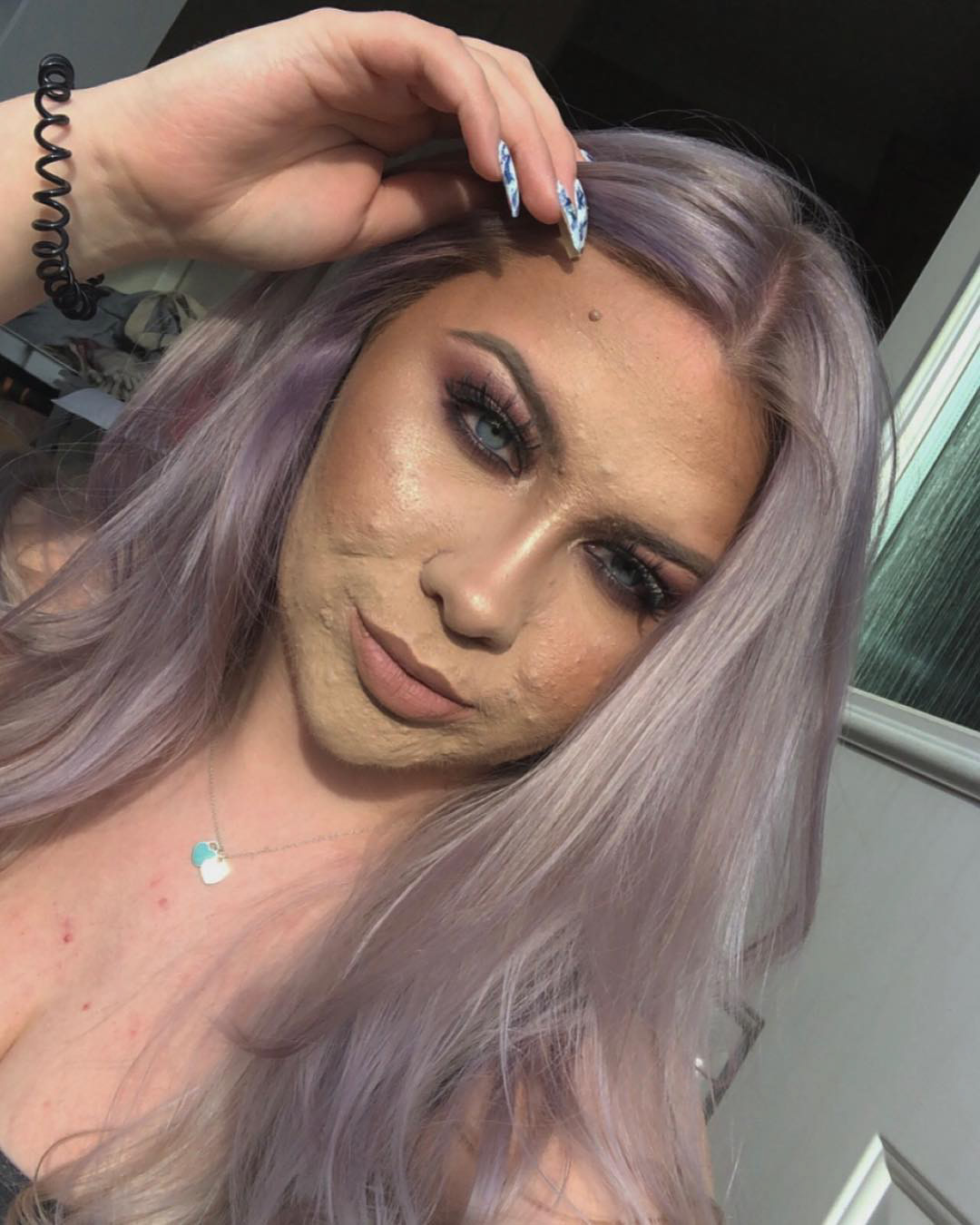 "Catfishing" is when someone creates false profiles and uses uses fake photos of others on social media sites to trick people into thinking they are somebody else.

Like many teens, Abigail first suffered with breakouts when she hit puberty.

She said: "My acne developed about 10 years ago and it wasn't as severe then, it just appeared gradually."

However, her acne worsened around the age of 14 when Abigail had "constant breakouts and a new spot everyday" which has left her with severe scarring.

The teen would often be late for school as she'd have to spend at least two hours covering her cystic breakouts with layers of foundation and concealer.

Describing how she felt like "the elephant in the room" as a result of her acne, Abigail added: "It was very difficult to accept my skin and do normal teenage things. 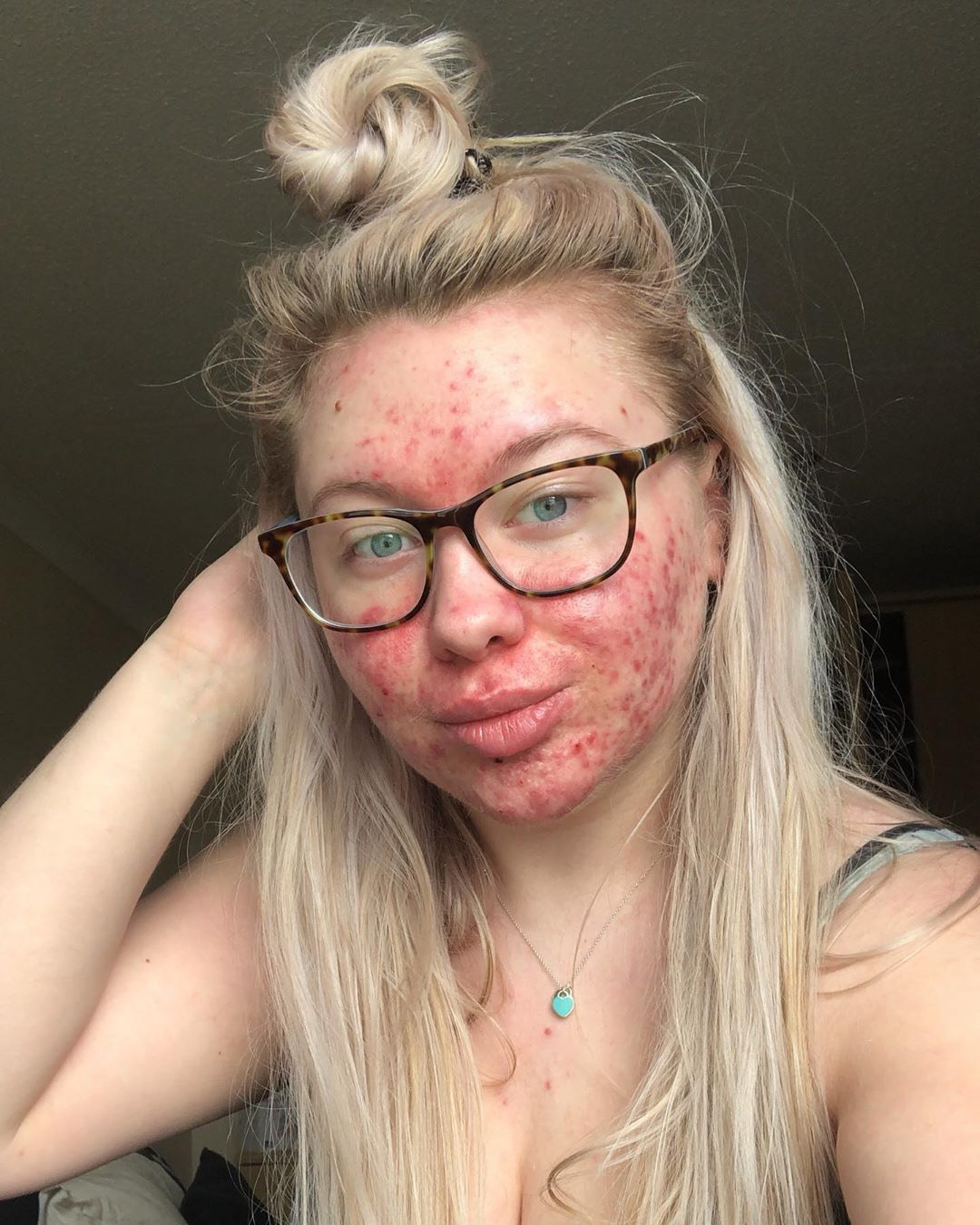 "In school I felt as if nobody wanted to associate themselves with me because of the way I looked, this meant I had very few friends and a poor social life at this point in my life.

“I felt like I had to wear makeup every day for school and I was often late because I had to make sure everything was covered, so it would take me one or two hours to get ready."

Discussing how this had a lasting impact on her life, Abigail added: "I struggled to make friends since I wasn’t always there.

"Even now I struggle to make friends as I’m self-conscious over the way they see me." 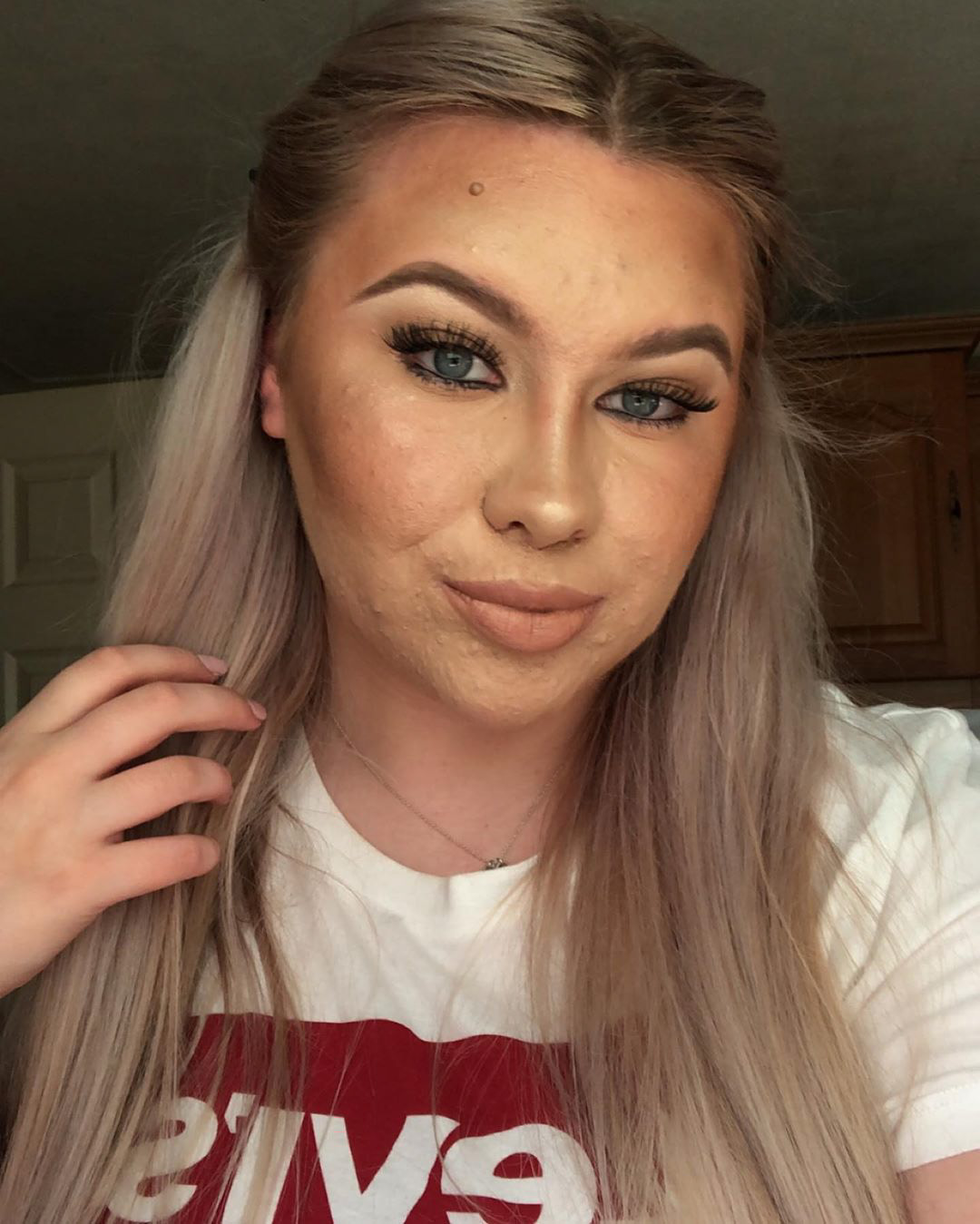 Although Abigail has tried different acne remedies, nothing has helped heal her skin particularly well and she still prefers to cover her complexion with make-up.

While the idea of moving away to university originally filled her with fear, the student now feels confident enough to leave the house without makeup – something she never thought she'd be able to do.

Despite feeling "very self-conscious at first" and skipping lectures during bad spot flare-ups, Abigail realised that no one seemed to take any notice of whether she was actually wearing makeup.

She said: "I realised that none of the people around me noticed my skin to a great extent. 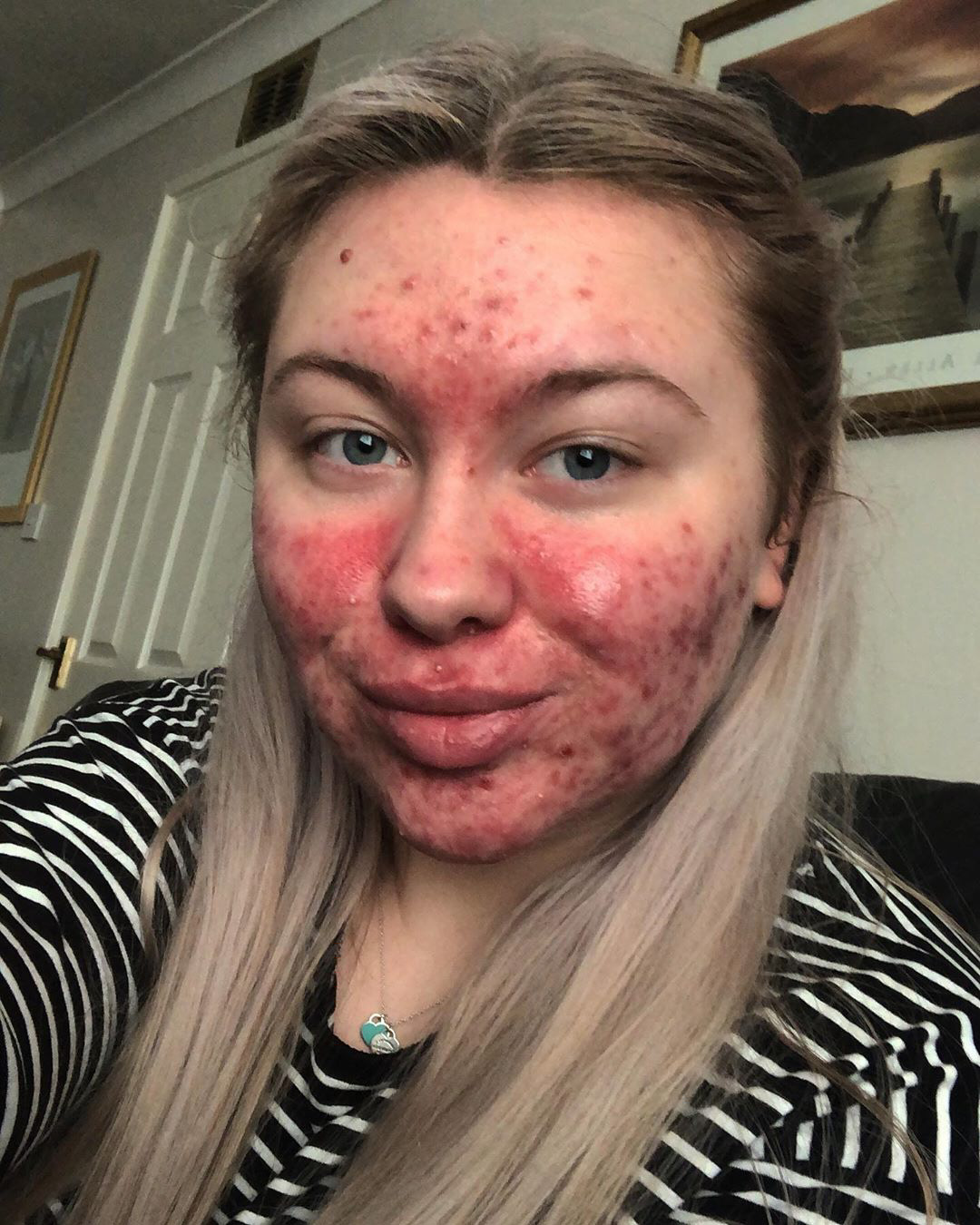 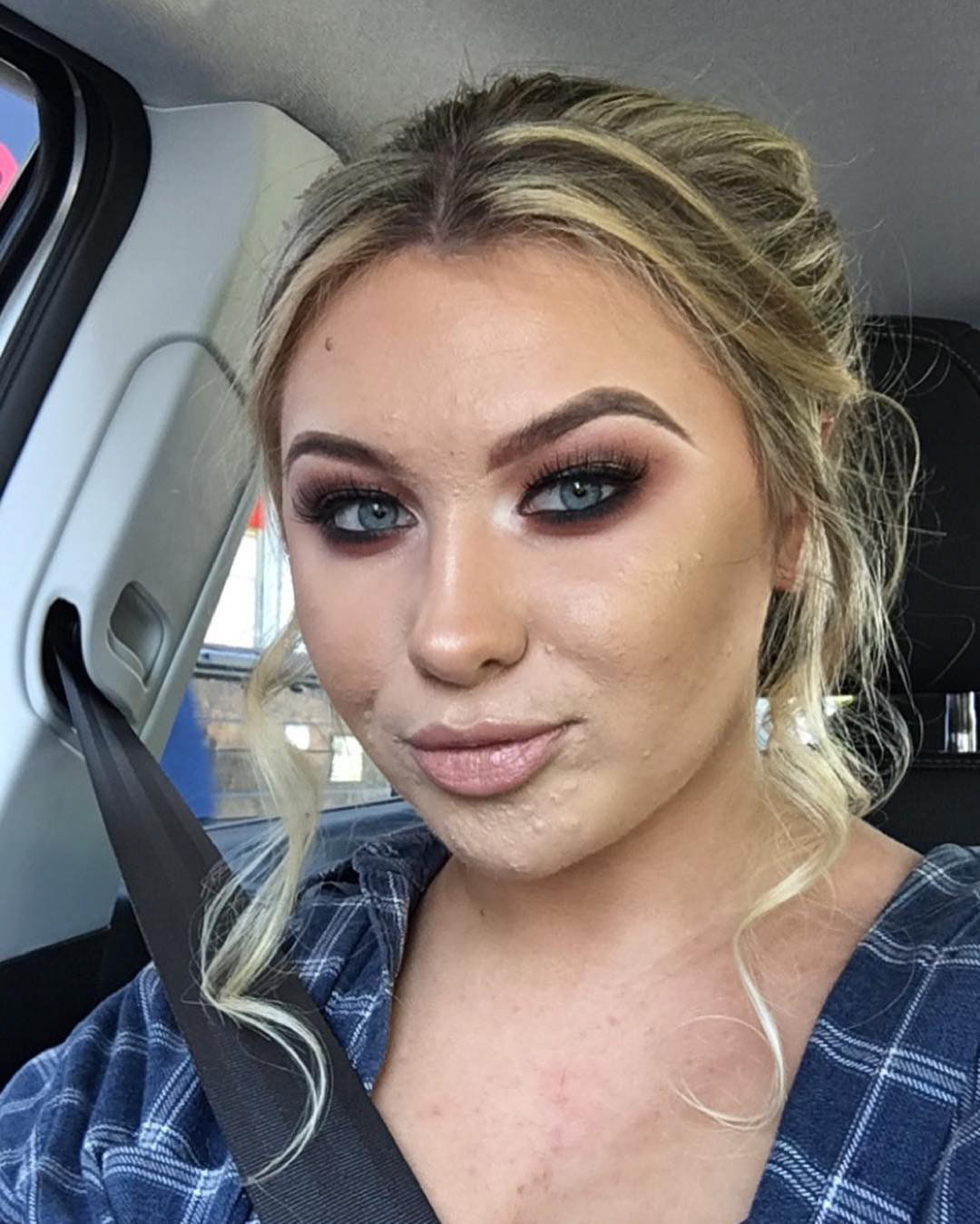 "Also, being a student doesn’t leave you with a huge amount of time to get ready in the mornings either, so I made myself skip makeup some mornings and then it became more frequent.

"Now, it’s rare I wear any to university."

Striking the balance between wearing makeup on special occasions and going barefaced during the day, Abigail added: "If I’m going out somewhere nice with friends or family, then I will wear makeup, but if it’s just to do something casual like going to the supermarket, then I will skip it.

“Going out bare faced doesn’t bother me too much anymore. For the most part, I can decide if I want to go somewhere and just go without having to do my makeup and cover my back with my hair."

Abigail runs the skin positivity Instagram account Abi's Acne in the hopes that other sufferers will feel empowered to go barefaced. 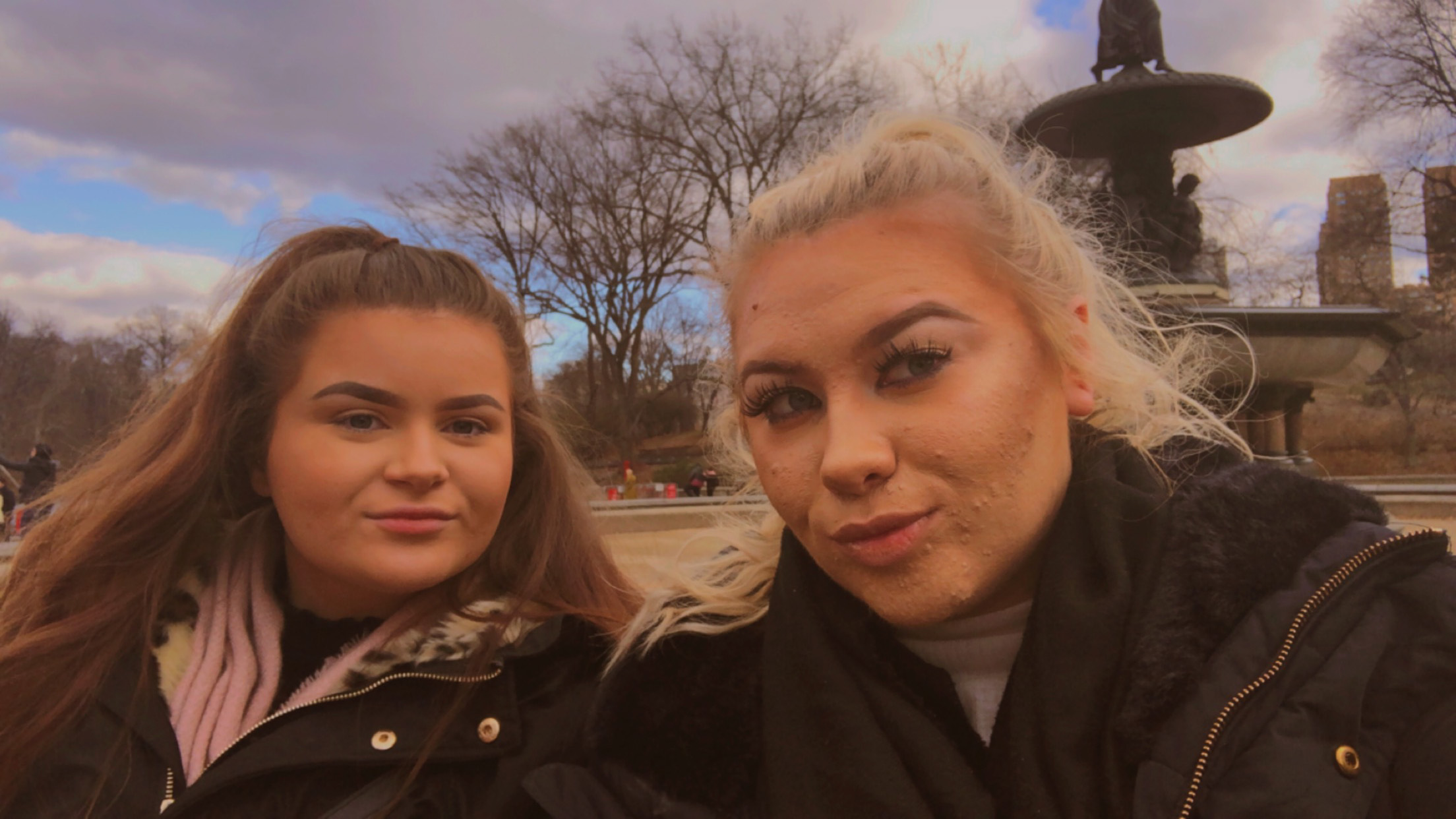 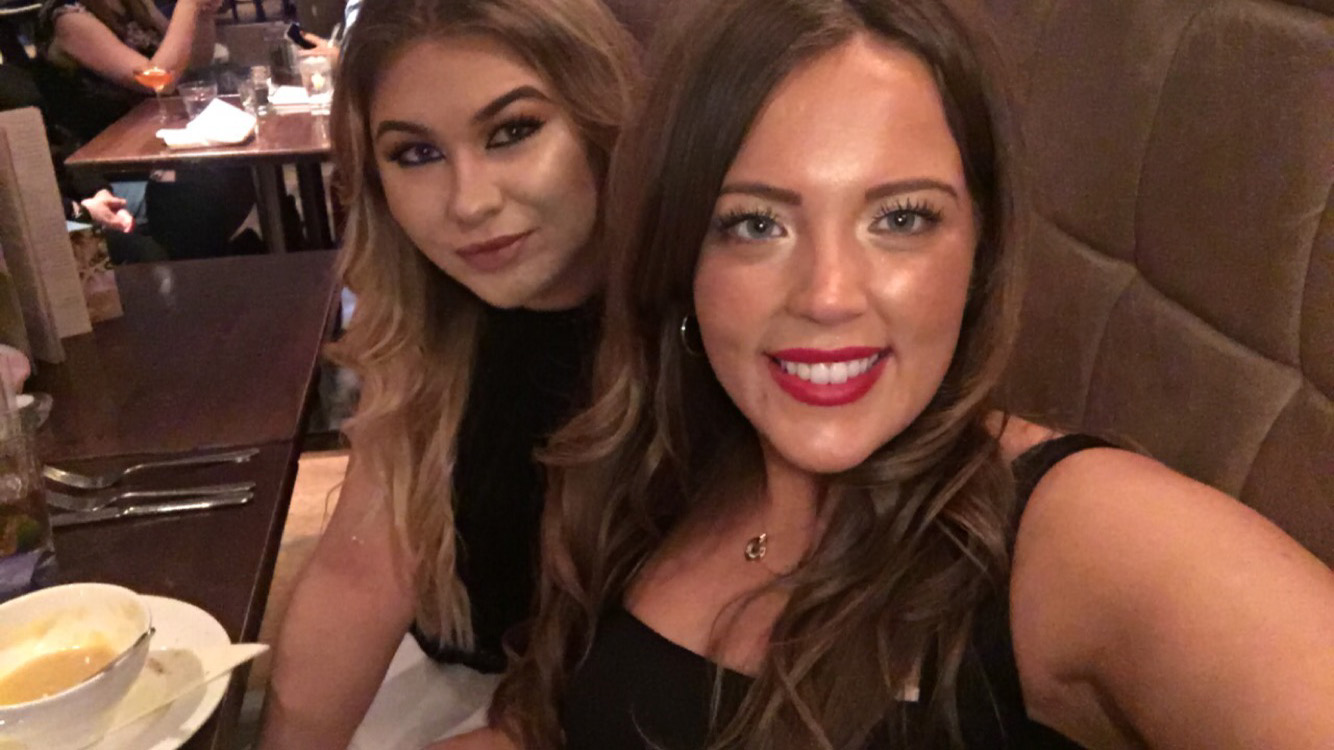 She said: "Instagram has helped me so much as I’ve seen so many other people who look like me and made me feel less alone.

"It’s nice to be able to chat to people about how I’m feeling or how our skin is doing that day, which is something you can’t discuss with most people.

“I hope to show others that acne doesn’t define you and that you’re never as alone as you feel."

In more beauty news, this student has hit back at a colleague who said he "hates" when women wear heavy makeup by piling on MORE slap.

And shoppers have been raving about a £34 facial fake tan which helps fight acne.

Plus eczema sufferers have claimed that a "natural" £6 cream heals flaking skin within 4 days and even works wonders on babies.