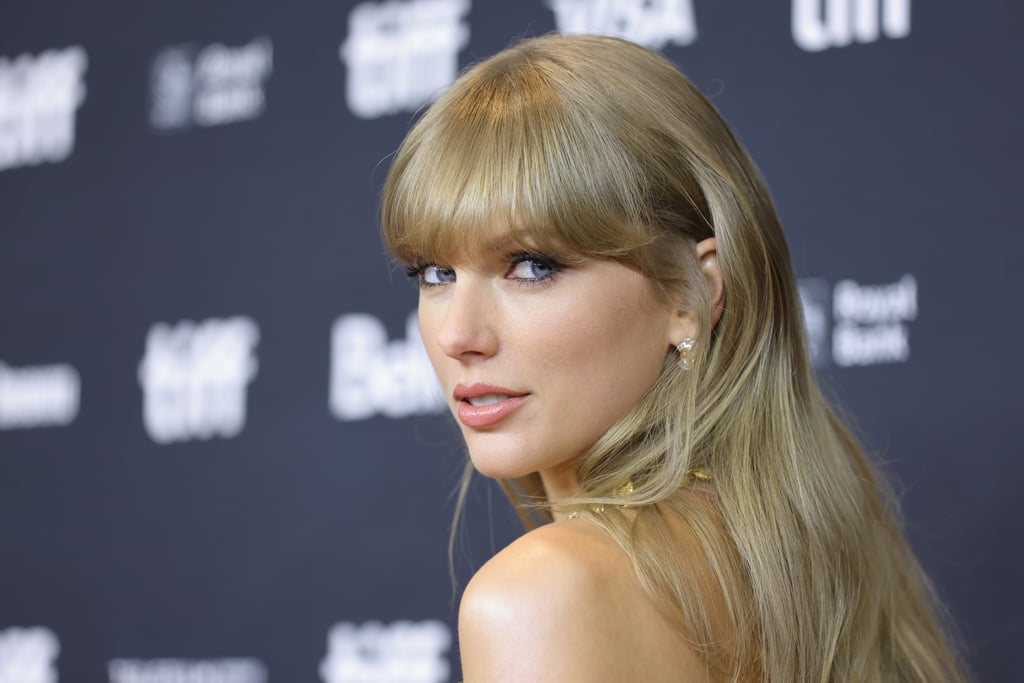 As POPSUGAR editors, we independently select and write about stuff we love and think you’ll like too. If you buy a product we have recommended, we may receive affiliate commission, which in turn supports our work.

Best believe she’s still bejeweled. On Jan. 12, Taylor Swift shocked everyone when she walked in the room wearing a shimmering disco-ball dress to surprise fans at a The 1975 concert in London. The Paco Rabanne sparkle minidress, designed by Julien Dossena, featured reflective metal sequins that caught the light perfectly, shining in photos captured by the band’s official photographer, Jordan Curtis Hughes. The gold and silver mirrorball material carried all the way up the dress’s straps and across Swift’s sweetheart neckline, which she accessorized with a simple gold chain necklace and a beautiful white guitar, of course. The “Midnights” singer completed the look with a strappy pair of sky-high silver heels, the glittering platforms making her legs appear even longer.

Ahead of her upcoming Eras Tour, Swift has made an abrupt but welcome return to music, reclaiming her time in the spotlight and stepping out in a series of show-stopping looks. At the surprise concert appearance, she sang “Anti-Hero” for the first time live and covered one of The 1975’s songs, “The City,” much to the crowd’s delight.

So far, glitz and glamour definitely seem to be recurring themes in Swift’s closet, seeing as she’s recently been spotted in a backless embellished jumpsuit, a crystalized naked dress, and even a look with a sparkling hip cutout. But only time will tell if this trend will continue on her actual tour.

Ahead, find more details on Swift’s gleaming outfit, along with a few similar styles, and see if you think she’s truly in her bejeweled era.