Taylor Swift just took to the red carpet for the 2019 VMA’s in an outfit that left her fans with a major case of déjà vu.

VMAs 2019: See the Stars Getting Ready Before the Show

The singer arrived to the annual awards show wearing a Versace beaded rainbow blazer dress with square, pointed shoulders. She paired the show-stopping look with sexy, black over-the-knee Christian Louboutin thigh-high boots and wore her hair down in loose waves. The superstar finished the look with her signature bold red lipstick and Lorraine Schwartz jewelry.

Fans live-streaming the performance on YouTube couldn’t help but point out that the outfit is quite similar to the one she wore to the Teen Choice Awards just a few weeks ago on August 11. There, the “Lover” singer wore yet another Versace style, consisting of a multicolored jumpsuit paired with matching shorts and a blazer. She styled the mesmerizing look with bright red Kat Maconie lace-up heels. 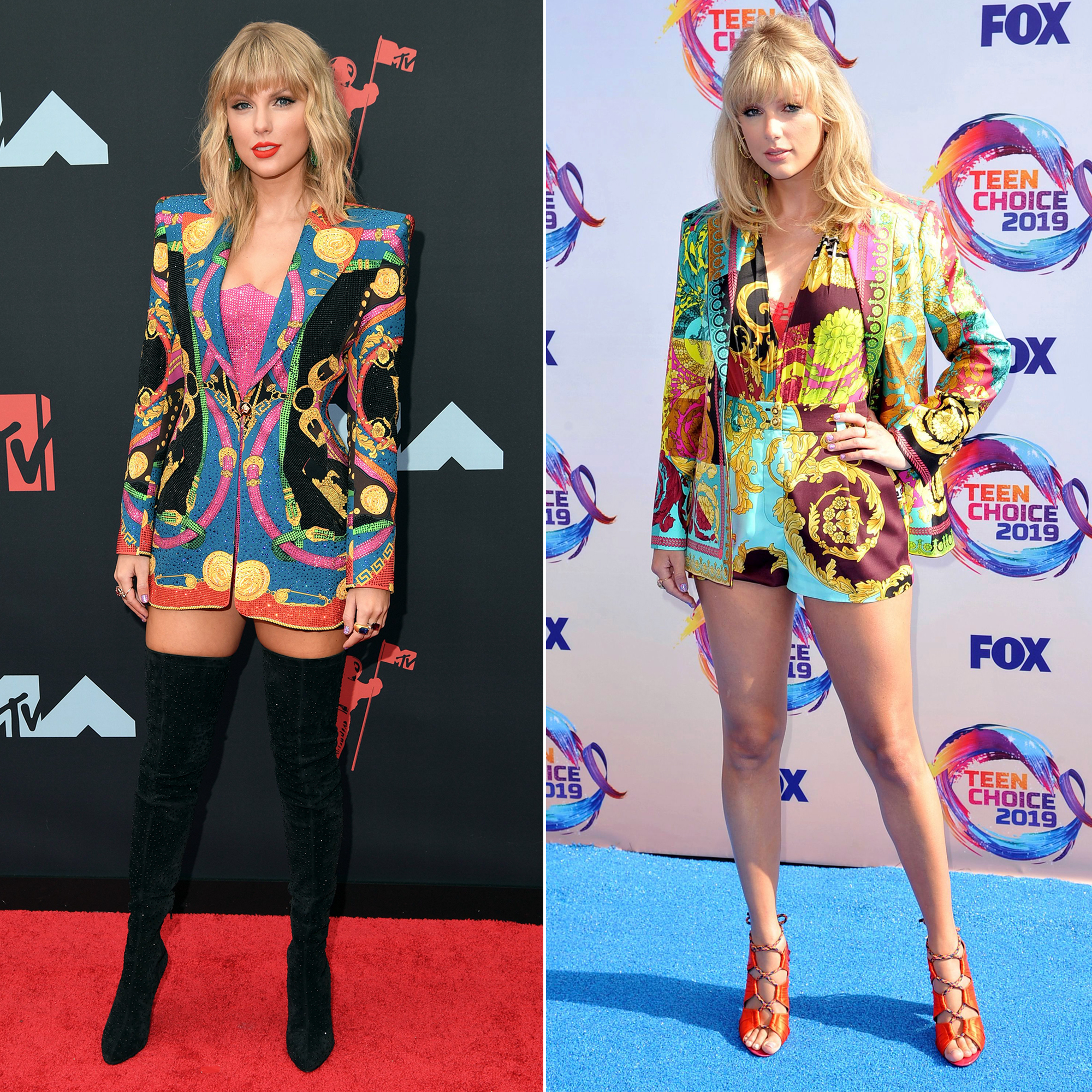 What separated that Versace style from the one Swift just arrived in for the VMAs is that she wore her hair in a voluminous half-up half down straight style sans red lipstick. If she chose to go with the same beauty look and similar shoes, the outfits would have been practically identical.

Clearly, Swift can’t get enough of the psychedelic rainbow pattern. The print doesn’t scream “Taylor Swift” necessarily. She’s no stranger to a midriff-bearing crop top, but a bright and colorful pattern? That we didn’t see coming.

But maybe there’s a reason why the singer chose to debut such a similar pattern? She is the queen of Easter eggs, after all!