During the course of their four-year relationship, Dr. Alexis Catherine Gomez and Dr. Taylor Francis Baumann have been new friends and best friends and then boyfriend and girlfriend.

Dr. Gomez, 30, who is known as AC, and Dr. Baumann, 29, are both resident physicians in internal medicine and pediatrics at Baylor College of Medicine in Houston, where they met in June 2017 as interns.

As they moved from title to title on their way to husband and wife, the one title that the couple holds most sacred, they said, is “teammates.”

“No matter what, we are always on each other’s team,” said Dr. Gomez, who graduated from Harvard and received a medical degree from the University of Pennsylvania. “It has been that way since the very first day we met, which is also the day we became best friends.”

Her teammate remembers it well: “She kind of made the first move on me,” Dr. Baumann said, laughing. “But we were instant chemistry from the start. She has this magnetic personality that just draws people to her.” 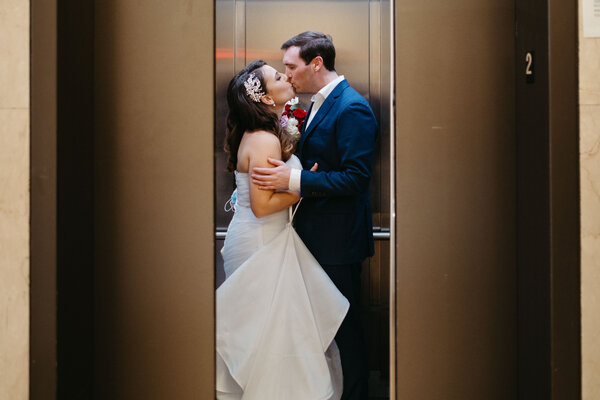 He took her on a first date to the Houston Zoo in November 2017, followed by dinner at a Greek diner, where they ate burgers.

By January 2018, they were dating steadily.

“Once we decided on dating, at least for me, I said this is going to be for keeps,” said Dr. Baumann, who graduated from Creighton University and received a medical degree from the University of Texas.

In the coming months, they will be separated as each continues their next phase of their career.

Dr. Gomez will move to Boston in June to pursue training at Brigham and Women’s Hospital, Massachusetts General Hospital, and Boston Children’s Hospital as a nephrology fellow specializing in the care of patients with kidney disease.

Dr. Baumann has already agreed to become pediatric chief resident at Texas Children’s Hospital, after which he will pursue a career in pediatric pulmonology.

But there is still enough time to enjoy each other’s company, and a sip of bourbon on occasion, a drink the couple fell in love with while in Kentucky, at a friend’s wedding.

“For me, the best is I get to see, day-in-and-day out, how Taylor treats everyone in his life,” Dr. Gomez said. “It doesn’t matter if he’s known you his whole life or if he met you five minutes ago, he honestly cares about every single person he meets.”

“First of all, AC is one of the most brilliant people that I’ve ever met in my life,” he said. “She is brilliant and fun and caring.

“She has the greatest laugh on the face of the planet, anybody will tell you that.”

They were engaged in October 2019 in New Orleans, their favorite city, where they initially planned on marrying March 6 at Immaculate Conception Church, complete with a reception across the street at the Roosevelt Hotel that included 125 guests.

But the coronavirus changed those plans.

Instead, they were married March 6 before Judge Roderick O. Gibson, and six guests at the Herbert W. Gee Municipal Courthouse in Houston.

The groom was asked to describe his relationship with the bride in one word.

It was a word he had come to know well the past four years.