A MOTHER-of-the-groom has been slammed for wearing a white lacy gown to her son’s big day which looked remarkably like a wedding dress.

A photo of the woman was shared on a wedding shaming group, and many people mistook her initially for the bride. 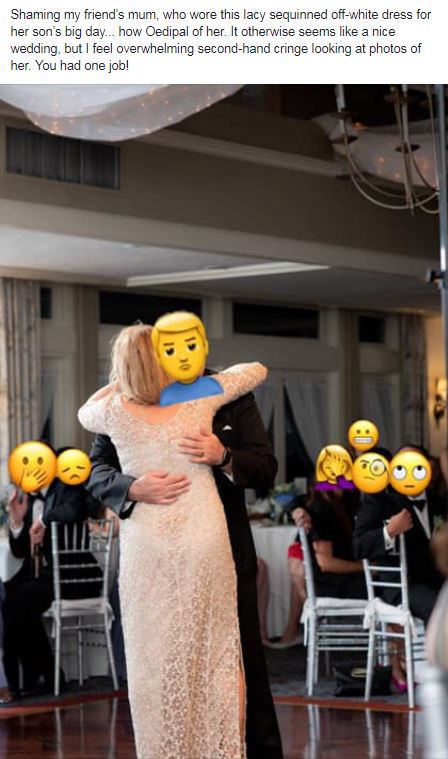 The caption of the image read: “Shaming my friend’s mum, who wore this lacy sequinned off-white dress for her son’s big day… how Oedipal of her.

“It otherwise seems like a nice wedding, but I feel overwhelming second-hand cringe looking at photos of her. You had one job!”

Many people agreed with the person who uploaded the photo and said wearing white to a wedding is a cardinal sin – especially for the groom’s mum.

One wrote: “Oof I really thought this was the bride at first.” 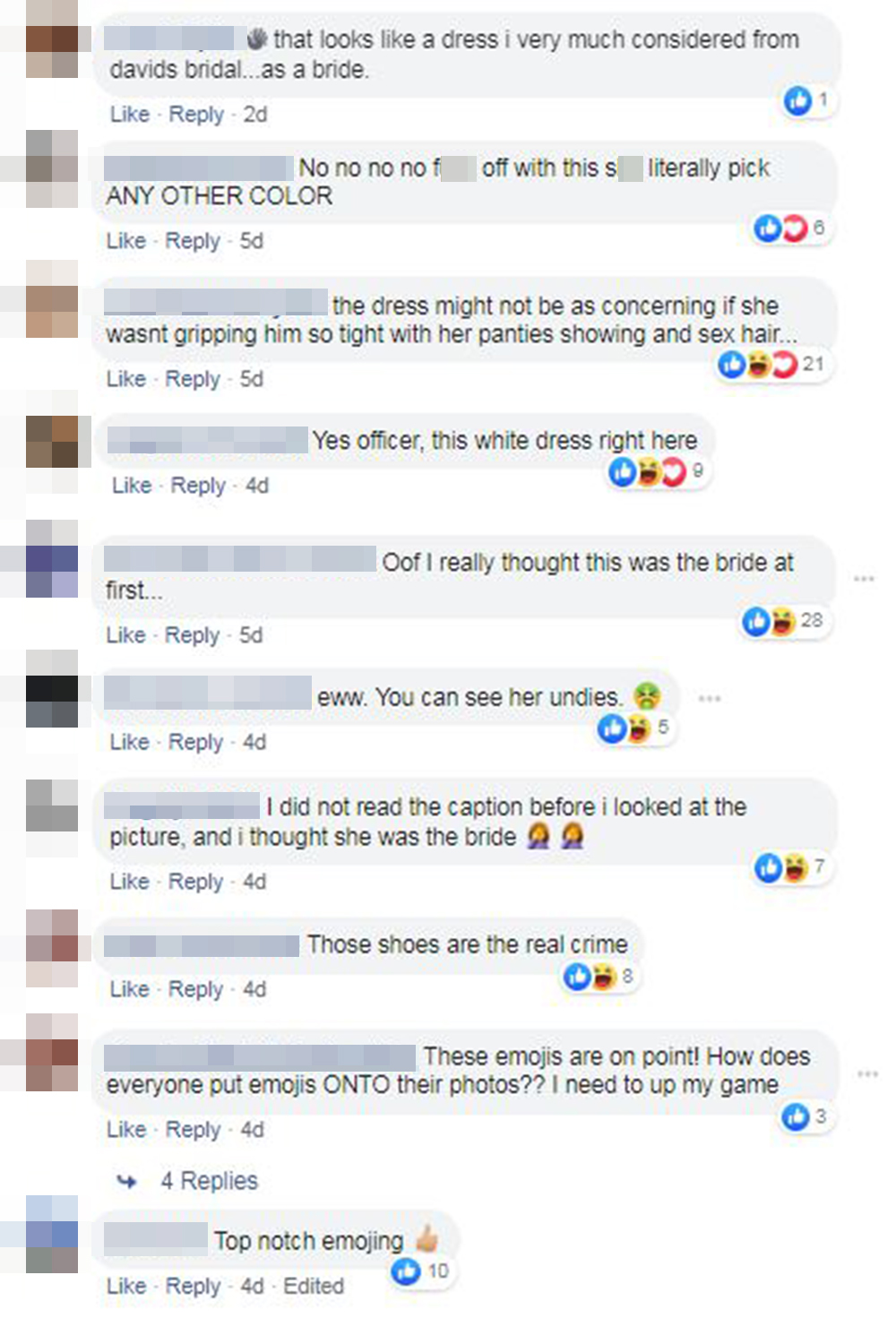 And one said: “I did not read the caption before I looked at the picture, and I thought she was the bride.”

Other people took issues with other aspects of the woman’s outfit apart from the offending colour.

One said: “You can see her undies” and another added “Those shoes are the real crime.”

In other wedding news, a bridesmaid in a very low-cut boob-baring dress has been accused of "stealing the spotlight."

Meanwhile this groom got so drunk at his own wedding that his furious mother-in-law was forced to feed him by hand.

We also revealed how a groom has been blasted for wearing shorts and trainers to his wedding.